Article Gallery
Fanatec announce another new piece of kit a surprising price point. The kit appears to include two adjustable pedals with a full steel construction with the option of an additional third pedal if required.

The CSL range has had a bit of a revamp recently with the newly announced CSL DD. This new ethos of premium features at a more affordable price point is certainly an interesting direction for Fanatec and also for the industry as a whole.

What do you make of the latest announcement from Fanatec?
Reactions: Ernie, Linkendorf, Adyl and 13 others
About author

Holly ****, they'll be destroying TM like this!
Wait and see, but it looks good already

Cannot wait for a review from RD
Finally they'll be changing the csl lc design to something that doesn't measure the bending of the pedal arm, which causes the old/current csl loadcell to be extremely sensitive to foot position.

This looks a lot better and will get my full recommendation with the hall sensors instead of potentiometers and a standard loadcell construction!
The horizontal adjustability is something the v3 pedals lack and what I liked with my csl set!
For all of you who are still using Logitech wheels, definitely go for this! The load cell will be worth your investment.
Of course the total price for a complete set will be dramatically higher, but this seems like a great way for someone on a limited budget to at least start down a good path that can be upgraded over time. You start with something solid (metal, not plastic) and workable, but could eventually have a fairly decent three-pedal, load cell, significantly adjustable set in the end.
Last edited: May 10, 2021
for me it looks like a cheap starter kit and you can upgrade and upgrade and in the end its more expensive than a CSPV3

Marc Collins said:
Of course the total price for a complete set will be dramatically higher, but this seems like a great way for someone on a limited budget to at least start down a good path that can be upgraded over time. You start with something solid (metal, not plastic) and workable, but could eventually have a fairly decent three-pedal, load cell, significantly adjustable set in the end.
Click to expand...

It's what i'm thinking, with both this and the DD, Fanatec is gonna have their starter kit fairly priced, while enticing us to pick up the load cell and extra power brick later.

Smart business model imo.
I have doubts about their choice of the pedal spring, but the use of metal construction and hall effect sensors look appealing.

Waiting to see if Thrustmaster is going to join and heat up the competition.
Bye bye foot position sensitive braking and potentiometers.

So far, so good. Now I wait to see how they review.
I love what Fanatec is doing.

They don't seem interested in the "cheap all in one solution you can pick up at Best Buy" market, but they look set to consolidate their spot as the #1 sim racing brand.

Modularity has always been the name of the game for Fanatec, and making it even more so at the lower end of the market is great for people who want to upgrade their cheap Logi/TM setup but don't want to spend the $1000 it currently costs to get a DD (or $1800 if you want to go the Fanatec route).

They're changing the game, and I hope TM can follow suite in a year or two.
Fanatec is becoming the Apple of simracing.
Those sheetmetal arms look susceptible to bending under side loads(*). Think I prefer the current CSL cast arms.

Emery said:
Those sheetmetal arms look susceptible to bending under side loads(*). Think I prefer the current CSL cast arms.

(*) Sort of reminds me of the SN15 landing legs that collapsed/bent after the last Starship flight.
Click to expand...

Depends on the material but I agree...
They should've kept the original arms while updating the rest.
At least they now have 4 screws per arm, which should reduce the flex when a pedal isn't supported from below (example wheelstand tubes on the left and right, brake being in free air)
Wow, they made the right move by moving to hall sensors.
I had a set of the previous gen of CSL pedals, and the pot went to hell after about 13 months of use. Those were pure crap.
I know you can upgrade to three pedals, but who seriously wants to buy a two-pedal set. They might as well make it default to being three pedals so that you aren't basically forced to upgrade immediately.
Not to be the Debbie downer here, but I hope everyone realises the load cell is an OPTIONAL upgrade to be added later ("how much later?" is the question)...because I immediately thought there's no way they're selling a 2-pedal set with decent load cell brakes for $79...so mystery solved I guess. Just making sure half of you guys and gals don't go jumping in expecting a load cell setup for $79 on launch day.

I'm also wondering if, after upgrading the load cell, adding a 3rd pedal (I've seen too many disastrous starts in certain cars because some people don't have a clutch and thought they'd wing it lol) and possibly the pedal plates (I wasn't a fan of those D-shaped pedals on my CSP v3)...after all those upgrades if it would even be worth getting this over the CSP v3 (which has the brake performance upgrade option that makes a huge difference in feel). I'm wondering if the CSL load cell upgrade even includes polyurethane springs to add variable resistance, as I'm not sure if I see a spot for those in the promo vid. Load cells are great but it's not the whole story; you also need to combine it with variable resistance to really help your foot remember the pressure.

Happy that customers are getting better tech at lower price points now (no more potentiometers are a big plus), but there are definitely some caveats to this...wait on some reviews before jumping (especially the teardown from Barry )...but TBH, if you already have a wheel and pedals and you're hooked on this hobby of ours, I'd save up a bit longer and go to at least the ClubSport v3 + Brake performance kit instead. Buy once, cry once.
Last edited: May 11, 2021 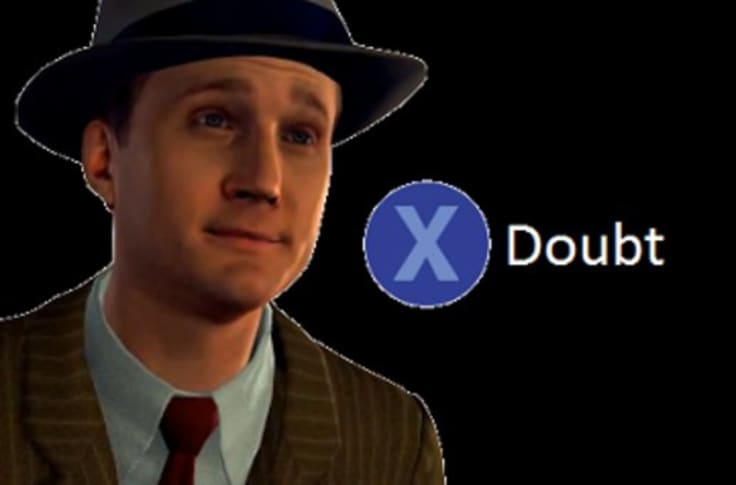 Today I bought a T300RS with T3PA on Amazon, is at 250€ at this moment and mine, refurbished at 190€, no shipping costs. I don't think Fanatec usually sells through Amazon, at least not in my country. Fanatec shipping costs can not be seen until you go to make the payment, so I could not say how much they are, but I remember that for something light and exceeded 20 €.

Fanatec's cheapest racing wheel, what is the CSL Elite? 500€ without pedals of any kind? Not counting shipping and pedals.

I know the T3PA's are not good pedals, but I can sell them if I want to upgrade, So for about 300€ I could have a decent racing wheel and some good pedals. 420-450 with TH8A, although I am more interested in the SHH but for example if I wanted to play on console as well as PC I could go for the complete TM kit, which is something I haven't quite decided yet.

T-LCM are on sale at 160€ out of offer they cost 200. These new pedals do NOT have a load cell without upgrade, we don't know how much they will cost, nor do they have a clutch. The CSL Elite Pedals without LC cost 100€, that is, the upgrade costs 130€, if this happens here, we are talking about your pedals would be 210€, if it costs 80€, it is still 190€... Same or a little less than the TM -when they are not on sale- without counting that here you are going to pay shipping costs.

Fanatec shifter cost 290€ with clamp, pedals with LC 230€, base+wheel 500€ and the shipping costs, who knows... Twice as much, over 1.000€. Maybe there are periods that Fanatec also has deals, but I have seen many TM and Fanatec I have not even heard if you have had them, apart from occasional Black Fridays and little else. I also know that the Shifter and the CSL racing wheel is better, but to pay such a big difference?

It will depend on the economy of each one and how seriously you take Sim Racing, but with TM there are continuous offers and they can assemble a kit that without being high end, if it is acceptable at a more moderate price. Having Amazon's warranty, being able to buy the parts one at a time by not having shipping costs, etc., is also something that I'm sure many will appreciate, in addition to add-ons and spare parts...

Logitech has no ecosystem and is too "toy-is" while Fanatec's cheapest parts are not so cheap. For me TM is the best option for someone who wants something with a minimum of quality and with a competitive price, especially for someone who values to play occasionally on PS5. A G29 is not a bad option to start with and if you are a PC guy you can always upgrade the pedals; I have seen it around 150€ and the shifter around 20€, both refurbished, but again, for console, a T150 has support for higher quality add-ons.
Last edited: May 11, 2021

JamieAfterlife said:
I know you can upgrade to three pedals, but who seriously wants to buy a two-pedal set. They might as well make it default to being three pedals so that you aren't basically forced to upgrade immediately.
Click to expand...

You would be surprised. If someone were considering an entry level set of pedals, an all metal set with hall sensors and upgradability for $80 sounds pretty tempting.

Wilko Jones said:
You would be surprised. If someone were considering an entry level set of pedals, an all metal set with hall sensors and upgradability for $80 sounds pretty tempting.
Click to expand...

I feel like anyone that would consider either this or the new budget DD would be upgrading from something like a G27/G29/G923. It's hard to imagine jumping from G27 pedals to the basic version of these.