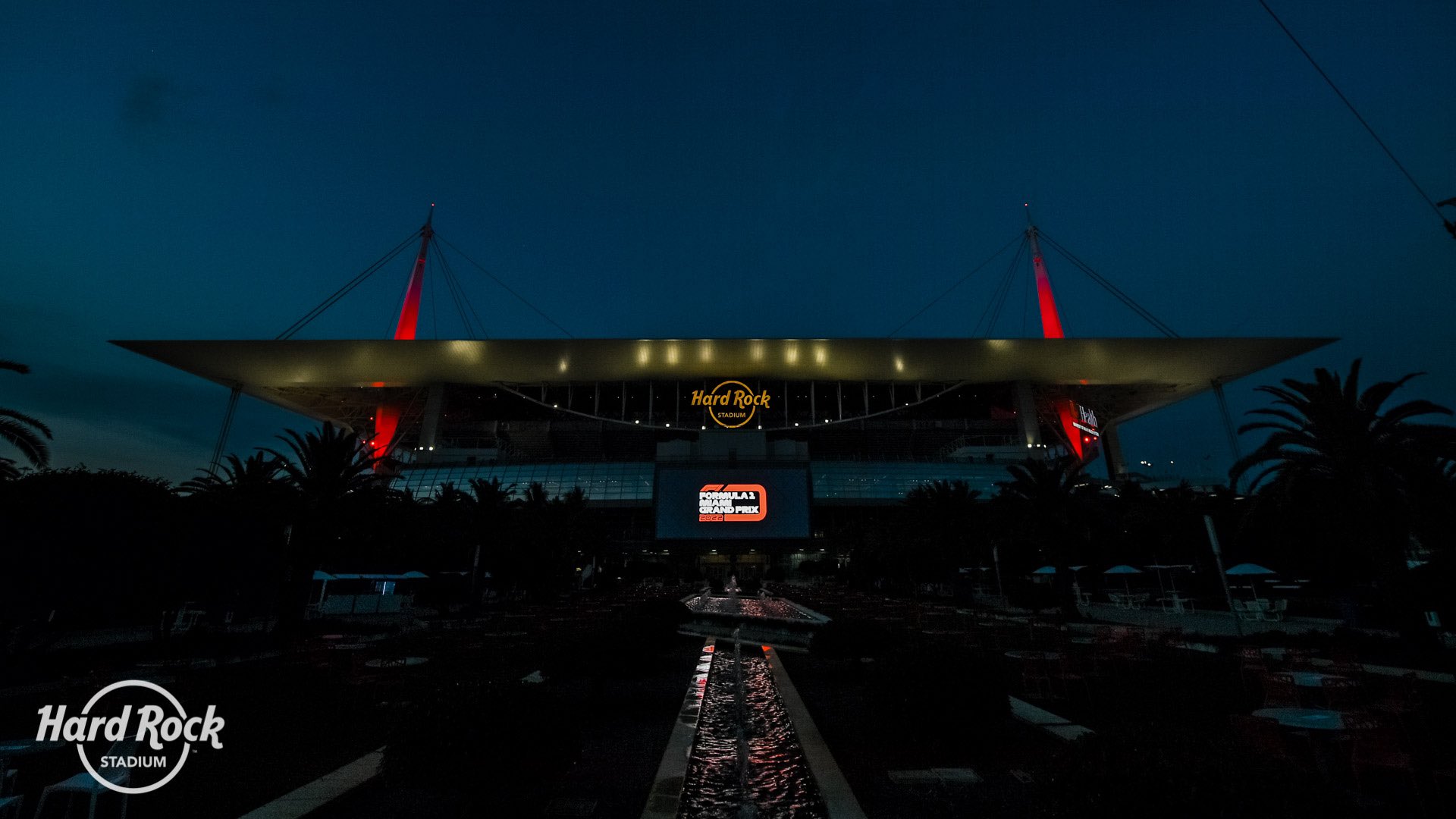 With the ink still dry on a contract between Liberty Media and the Miami region for a new Grand Prix from 2022, take a look at the proposed circuit layout with a lap in Assetto Corsa.

The long-running will they or won't they saga of a new race in the United States is finally over, as recent days have seen the long awaited agreement between the city of Miami and Formula One to host a Grand Prix at a brand-new purpose street circuit within the confines of the Hard Rock Stadium complex.

The potential second Grand Prix in North America has been in the works for several years, and has been forced to overcome a number of hurdles and track layout revisions ahead of this finalized, confirmed design. To celebrate getting the new proposal over the finish line at long last, circuit architects Apex Circuit Design have released a first look video of the new 19 corner layout in action, with the venerable Assetto Corsa chosen as the sim racing platform of choice to showcase the new circuit.

The Miami Grand Prix track is expected to offer up some incredibly fast racing when it makes a debut on the 2022 Formula One calendar, with average speeds expected to reach 223km/h, and features a mixture of high speed corners, close proximity walls and incredibly long straights.

The layout certainly looks fun in a Formula One car, but will it produce good racing?

Only time will tell....
About author

Ye gawd that looks dull, hope in real life it will be a bit more interesting?

Such a shame as there are some awesome tracks in the US, yes I know - not up to F1 standard etc....but still. (Road Atlanta, Barber Motorsports Park, Watkins Glen, Road America....Laguna Seca )
Another potential deathtrap. These guys do not seem to be planning for the eventuality of wheel to wheel contact with a car becoming airborne. Massive gains were made to safety in F1 after long hard lessons of the past. The new owners seem destined to repeat the same mistakes. No sandtraps...lots of concrete walls and an abundance of catch-fencing. Those fences are proven 'driver-killers'. The support posts are what kills most drivers. Though both cars stayed in contact with the ground, can you imagine the driver forces if that Bottas/Russell accident happened on a circuit like this one?
Last edited: Apr 26, 2021
Gotta agree; it's a bit like a slightly more set back Jeddah. Or Sochi. Or Valencia.
Why didn't they just make a street circuit, rather than another boring flat one....
DRS circuit
It's probably the most stupid track I've seen.
Miami.... a Native American word which means "copious amounts of techno music & cologne that fills the air."

As for the circuit.... Miami is purported to have the highest density of models residing per capita in the world (or it did at one time at least) so the circuit may be moot...
Booooring , flat... but hey, there's a small elevation change, woow!
I hate these kind of tracks. If this is the future of F1, I cry.

delpinsky said:
Booooring , flat... but hey, there's a small elevation change, woow!
I hate these kind of tracks. If this is the future of F1, I cry.
Click to expand...

Get ready for more Melbournes, Jeddahs, Singapores and Dubais. If we're lucky, we might luck into another quality urban circuit like Montréal or Austin (yeah, I like COTA, YMMV), but that doesn't look to be a priority.
Considering the highest point in Florida is only 105m, all you're going to get is a flat track in Florida.

Highest point in Miami is < 2m, so all you're going to get in Miami is a super flat track!
Last edited: Apr 24, 2021
Almost fell asleep during this video. never knew a track could be this boring.

Last edited: Apr 24, 2021
Surely this is Orlando, not Miami because its another Mickey Mouse track.
It looks very sad.
Something seems to be odd with the "new" management, because these recently presented "additions" - Jeddah, Vietnam and Miami street circuit - seem to be created by using the same template.
And as far as those new tracks are comcerned, it smells like that racing is not the priority for the organisation of this top tier of open-wheeler racing.

Homestead Miami Road Course with day/night transition would have been a worthy and exciting addition. This newly presented Miami street circuit is the same category as Jeddah and Vietnam.
Hence, congratulations to FOM as you have created the "We wanna be like the Singapore F1 spectacle (and circuit)" category.-4 entries so far and I'm guessing that new great adidtions are coming hot soon.

But nevertheless it's great that Assetto Corsa with the fantastic RSS mod ist still being featured on the official F1 channel.
Last edited: Apr 24, 2021
Paul,
Don't you mean 3rd North American Grand Prix...? Cota, Montreal, and the new Miami ?
Unlike Jeddah which looks awful, I actually... Kinda like the look of this track. Yes it's flat etc... But given the trash we've gotten before, there's a couple of sections I really like.

Happy to eat crow next year when it produces a garbage race.
Last edited: Apr 24, 2021

Let's not forget the Mexican GP. Miami would be the 4th.

jongen said:
Let's not forget the Mexican GP. Miami would be the 4th.
Click to expand...

Well that one actually has a more than half-decent racing circuit....unlike this...

Get ready for more Melbournes, Jeddahs, Singapores and Dubais. If we're lucky, we might luck into another quality urban circuit like Montréal or Austin (yeah, I like COTA, YMMV), but that doesn't look to be a priority.
Click to expand...

The problem comes out when you copy/paste a track layout everywhere. Monaco is iconic, I like so much Melbourne and Montreal is one of my favourite tracks, but the uniqueness of old school tracks is something F1 management should take into account.
With every move F1 makes, I take a step away. With Imola, Portimao and other 'have to' moves because of Covid they resort to the almighty dollar and award a new GP to this crap.
All about the monny. Race fans so here on RD like Watkings Glen and Cota... and race fans from the usa like BBQ... camping, beer. Everybody want a second Monaco but one is enough. I prefer old school tracks