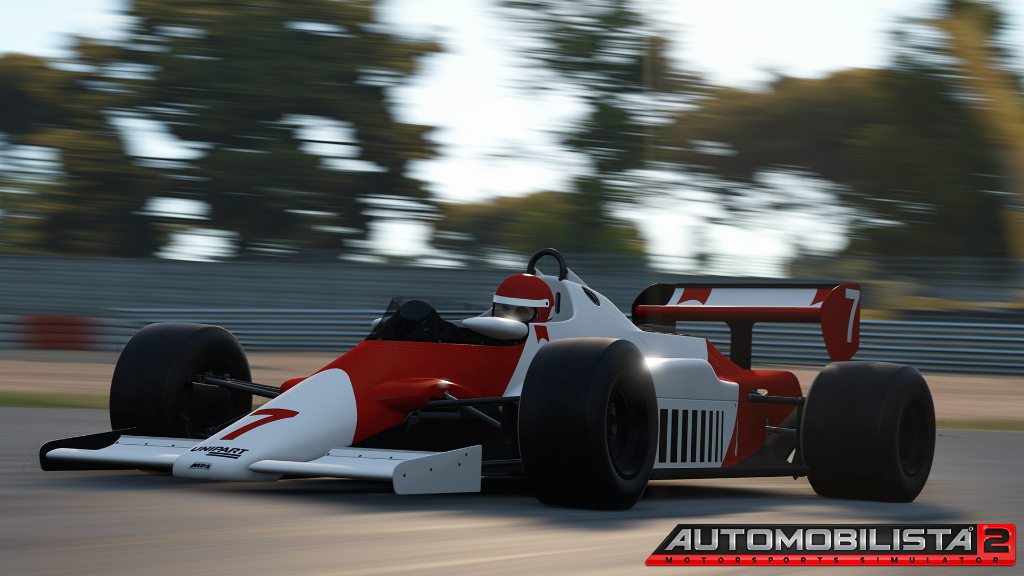 Reiza Studios has released the December, 2021 development roadmap for Automobilista 2, which details updates for January and beyond.

Reiza's last development update of 2021 was a significant one. The team behind Automobilista 2 confirmed that some pending content is going to be delayed, explained why the release of some overdue content isn't imminent, and summarized their plans for the title through 2022.

For those who bought the Racin' USA DLC part 2 expecting to have Road America added before now, you'll have another month to wait, as Reiza plans to complete the DLC pack in the January end-of-month update. Likewise, those who have been hoping to drive vintage layouts of Nurburgring and Spa will need to wait a bit longer, as the tracks are now expected in the first quarter of 2022.

Reiza explained the delays in releasing content players were expecting as a "distinction between plans and commitments".

Owners of AMS2 can soon look forward to driving more Formula 1-inspired cars, as the title will soon receive the Formula Retro Gen 3, modeled after the 1983 F1 cars, will be released soon. 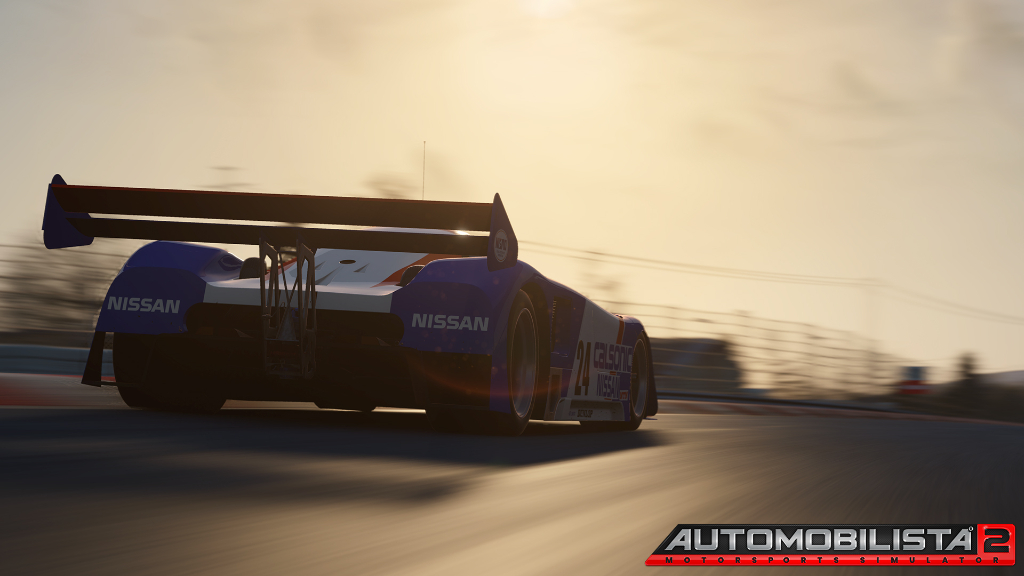 As far as the broader plans for the development of Automobilista 2 in 2022, Reiza noted "New cars from premium brands filling up existing classes as well as well as branching out to new ones, new tracks, historical tracks, further AI development, more multiplayer features, Steam achievements, full course yellows, oval racing, dirt racing and maybe the beginning of what should be a very elaborate career mode".

So, it would seem that big things are coming to AMS2 this calendar year, but a bit more patience will be required for now.

Is there anything mentioned in the dev update that you're looking forward to? Let us know in the comments.
Reactions: cledsoncrr, DriverJay, MeBoi and 34 others
About author

Nice, been meaning to try AMS2 again, maybe the addition of the Retro Gen 3 cars might pull me in...haven't seen many sims (if any) use cars from that specific era of F1: the first gen of V6 Turbo engines.
Im not particularly exited for these "broader plans" to be honest. Also I still wonder what the status of the Madness engine is. Is that EOL with Reiza tweaking a bit of the physics and thats it?

I quite like AMS2 though as it is.
The most important thing for me is good career mode, because you can´t find this in other sims. Second, and related to this, better AI.
Thanks for your work.
We had a fabulous multi class race in ams2 in the RD racing club last week.
cool game but they need to re do everything in the physx department, tweaks isnt good enough, that why they cant grow up like kunos did, reiza have good ideas but always depend from others, first from isi, now from Slightly Mad Studios, and i most say last year was my sim to go
I hope they fix the formula ultimate, its simply undrivable now
Nascar tracks and cars would be nice.
I'm a Reiza fan and truly hope they can fix a few issues with this engine and continue improving the physics.

FFB is greatly improved, but the constant four wheel drifts on turn in, the bad AA, shadows and tanking of performance during weather/nights are turning me off atm

Asides from that, there's only one thing I hope they update before any of the stuff listed above.

UPDATE the recommended FFB settings thread on your website please, it's over a yr old and there has been multiple ffb/physics updates since.

Looking forward to the dirt content DLC....I just hope it's alot more than rehashed AMS content of a lancer and stadium truck. This is the one time I'd have absolutely no problem with them using ALL the dirt content from PC2
Last edited: Jan 2, 2022
I really want to like AMS2, for it has so, so much going for it on paper, but everytime I compare its actual driving experience against my (admittedly heavily-modded) installation of Assetto Corsa, the latter is the one that consistently does a a better job of suspending my disbelief and generating smiles. At least on my PC setup, Assetto Corsa (along with CM, CSP, Natural Mod PP, Sol, FFBClip, LUT Generator, etc.) feels the most like the real thing.

DevlNando said:
I hope they fix the formula ultimate, its simply undrivable now
Click to expand...

Please make sure/double check, you have completely reset your default setup for it.
F1 1983
maybe I would just prefer '84 or '85 but ...it's close enough
Its called the Madness Engine cause people still believe its physics can be fixed.

I kid, best of luck to Reiza this year.
Waiting for some official weekly races.
Dirt racing? What does this mean? Rally? Dirt track? Other?

The plans look great to me. I like the idea of filling out the existing classes.
Since V1.3 AMS2 moved already world class driving experience to unreachable by other sims level.

Looking forward to what 2022 to AMS2, it can only even get better!
After patch 1.3 (where the physics and the tendency to oversteer noticeably improved) the game literally transformed and is currently one of my favorites along with AC, ACC and RF2.

Also the graphics are excellent, the FFB shows every detail of the circuit, AI has improved a lot and is very challenging, the sound is outstanding and the UI is intuitive.

There are many cars that have a superlative level of handling especially AMG in GT3, Cadillac DPi, Stock Car Brazil, Mercedes GT1.

In addition to the variety of circuits and the recent announcements of improvements and new series, the present and future of this game is excellent.
Last edited: Jan 3, 2022
All this new content but still no fixes to car handling and steering in particular, shouldn't be surprised as Reiza just listen to the fanboys and tell those with legitimate concerns to essentially "**** off" or "learn to drive". I come back to try it every couple months and it still handles like pCars, oh well.

Louis Wedding said:
I come back to try it every couple months and it still handles like pCars, oh well.
Click to expand...

I lol'ed. In Poland we say: "The truth is like an ass, each person has its own".
I'm looking forward to the Formula Retro Gen3 cars. The Formula Retro Gen2 cars are some of my favorite to drive in the whole sim. The 95 and 2000 season Indy cars should be a lot of fun too, especially around Road America. I'm loving the way the cars drive now after 1.3. Its fast becoming one of my favorite sims. The best part is that there is so much more to AMS2 than just GT3 cars. In fact, I never drive the GT3 cars in AMS2 because of all the other exciting content. Give me 60's 70's 80's and 90's content over modern GT every time.
Planning their commitments or committing to plans. Give me patience.