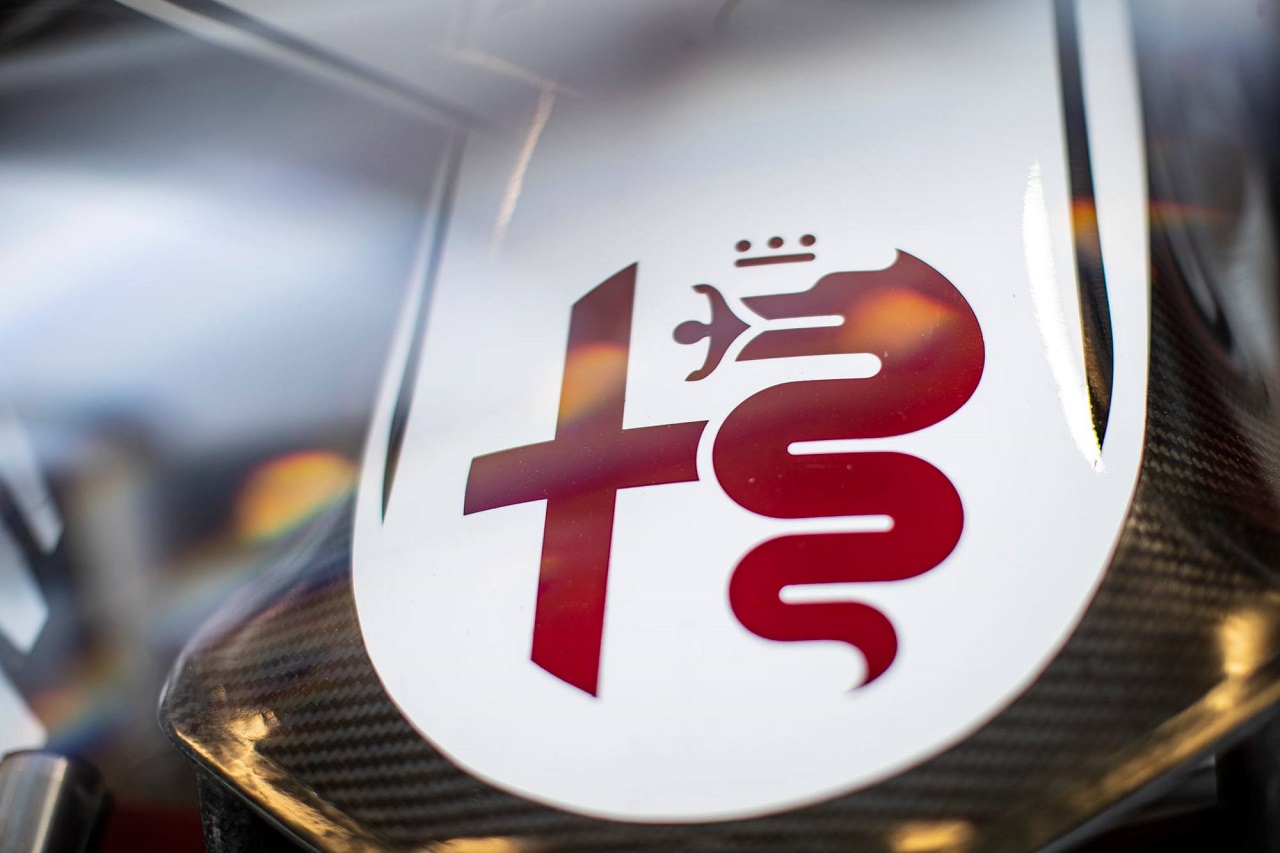 How do you follow up the 2020 British Grand Prix, where the winner finished with only 3 working tires? A new qualifying system for 2021 and a second-place team expecting a sizable victory just might do it.

Formula One is back in action this weekend, taking on the Silverstone circuit for the 2021 British Grand Prix. Max Verstappen currently holds an impressive 32-point advantage over reigning champion Lewis Hamilton in the drivers' standings, while their respective teams rank in the same order with a 44-point gap.

Hamilton will look to gain back some ground in the standings after failing to get a podium finish at the Austrian Grand Prix on the fourth of July. This is Hamilton’s home race, and seven of his record 98 wins have come at this circuit. Hamilton’s recent dominance at the British GP includes winning six of the last seven races here, with his worst finish since 2014 being a second place in 2018.

Max Verstappen is favored to upset that dominance this weekend, amid his strongest season ever. Verstappen enters the weekend on a three-race win streak and has taken a podium in every race except Azerbaijan, a race he was leading before a tire failure.

Toto Wolff says that he expects his Mercedes team to take a 1-2 victory with a 30 second margin at Silverstone. Mercedes finds themselves trailing behind Red Bull so far this season, but Wolff believes that recent upgrades to their W12 car will put them ahead of their rivals.

There are two sessions scheduled for Friday: Free Practice 1 and Qualifying (Q1, Q2 and Q3). This qualifying session is to determine the grid order for the Sprint Race on Saturday. Free Practice 2 will happen in advance of the Sprint Qualifying, then the drivers will take to the track for a 100-kilometer race session to determine the starting grid for Sunday’s race. In addition to grid positions, the drivers and teams will also be vying for up to three championship points from the sprint race.

With 14 races remaining on the calendar, Mercedes and Hamilton can still catch Verstappen and Red Bull, but there is a growing sense that if the momentum is to shift, it needs to happen soon. Max has been in elite form behind the wheel of his RB16B this year. The last two races at Austria’s Red Bull Ring had Verstappen taking both pole position and the race win.

Moving down the standings, 46 points behind Verstappen and Hamilton is Sergio Perez of Red Bull, who is the only driver other than the top two to score a victory this season. Perez has been overshadowed by his teammate this year, but his 104 championship points has helped elevate Red Bull well above Mercedes in the constructors' standings.

Norris aims for another strong show​

Further back in the field, Lando Norris hopes to continue his excellent season for McLaren with another strong showing, after having finished an impressive third last time out in Austria. Norris currently sits fourth in the drivers' standings, ahead of Valterri Bottas in his Mercedes. Bottas finished ahead of his teammate in the second race in Austria, but his inconsistent performance has led many to speculate about his future at Mercedes.

Norris’ teammate Daniel Ricciardo has had a less than stellar season so far. He has yet to break into the top five so far this year, and at the Styrian Grand Prix three weeks ago he finished a disappointing 13th.

Norris has proven that McLaren has the pace to beat all but Mercedes and Red Bull, so hopefully Ricciardo can find his groove with the MCL35M and start improving his results.

The talented Ferrari duo of Charles Leclerc and Carlos Sainz find themselves just two points apart after nine races. Leclerc holds a slight edge in points, but Sainz has posted the only Ferrari podium this season with his third-place finish in Monaco.

There is a midfield fight for fifth place in the constructors' championship, with AlphaTauri just four points ahead of Aston Martin. Behind them is Alpine with 32 points scored so far. And rounding out the field are Alfa Romeo, Williams, and Haas, with two Alfa Romeo 10th place finishes accounting for the only points between the three teams.
Reactions: AC4eva, Gabyzen64, Kimirai and 4 others
About author

AS much as I like seeing someone else win, I'd like to see some fight back from Hamilton and Mercedes, if they get whopped at Silverstone it might break them.
Let's see if the Mercedes updates* will work out this weekend. And said/written many times: hopefully battles also up front! Also curious about the new sprint race 'concept'.

*Mercedes updates: a lot of people wrote earlier that Mercedes already put all emphasis/money on next season(s) and they forced RBR in the short term (aka this season) upgrade mode with disinvestments. Then it must be 'hard' to read that also Mercedes still develops their present 2021 cars.

Enjoy the race weekend!
Last edited: Jul 16, 2021
As I sit in my garden I can watch the Sky F1 coveridge and hear the cars Live on the Silverstone Track, the traffic round Towcester can be a bugger though
Last edited: Jul 16, 2021
Not convince the new format going to change anything but who knows certainly a big change from years of monotony
Max won’t by impressed by the British fans and Merc’s updates, they can’t change things in 2 weeks
Last edited: Jul 16, 2021
In principle, Russell is doing well so far, now he can scare Mercedes with a red bull
I am very much interested to hear the opinions of mechanics after this weekend. I mean these guys work their behinds off almost a full year and now get an extra sprint race on top of it.

The risk of really wrecking a car in qualy is relatively low but it's a real threat during a (short) race. Considering the late start time of the sprint race I don't want to know how much pressure these teams have building up a new car from the ground up before the real race.

Question: normally teams are not allowed to make any changes on the car after qualy (parc ferme). Is this the same after a qualy race? Will a crash in a qualy race result in a grid penalty for the real race? If so, that could be a pretty boring parade if everybody wants to play safe.

Lets see how it goes! At least there is finally some change in F1.

Bram Hengeveld said:
Question: normally teams are not allowed to make any changes on the car after qualy (parc ferme). Is this the same after a qualy race? Will a crash in a qualy race result in a grid penalty for the real race? If so, that could be a pretty boring parade if everybody wants to play safe.
Click to expand...

As I understood it (could be wrong?) via Ziggo/Rick Winkelman, they now have to test and 'lock' the settings for both quali and race in FP1 because indeed immediately after FP1 it's Parc Fermé. Crash during sprint race if it is your own fault: bad luck otherwise 'coulance'.

But to be sure: I've asked Rick

BrainsBush said:
As I understood it (could be wrong?) via Ziggo/Rick Winkelman, they now have to test and 'lock' the settings for both quali and race in FP1 because indeed immediately after FP1 it's Parc Fermé. Crash during sprint race if it is your own fault: bad luck otherwise 'coulance'.

But to be sure: I've asked Rick
Click to expand...

Is it locked for only qualy and sprint race? Otherwise I dont see the point of Practice 2.

Ternauwies2020 said:
Is it locked for only qualy and sprint race? Otherwise I dont see the point of Practice 2.
Click to expand...

Tire testing i guess.
Norris very fast on mediums, the rest on reds

Ternauwies2020 said:
Is it locked for only qualy and sprint race? Otherwise I dont see the point of Practice 2.
Click to expand...

Pre quali explanation: Parc Fermée per NOW. But they are allowed to change components during the weekend only if these components have been used before during this season.

Engine mode is locked for the rest of the weekend. Only to be changed if a failure occurs.
Last edited: Jul 16, 2021
It's Red Bull's year, 100%.
Everyone was saying that before the year even started, and apart from one or two close-ish races early one this is now as easy as Merc 2019/2020. Perez should finish 2nd in the DC when he starts getting into the car a bit more.

Turk said:
AS much as I like seeing someone else win, I'd like to see some fight back from Hamilton and Mercedes, if they get whopped at Silverstone it might break them.
Click to expand...

Exactly I'd love to see exciting races more than anything. Let's hope 2022 cars will allow that as promised.
This Friday qualifying is so weird. Gonna really mess my head up tomorrow morning.
Silverstone missed a trick to reverse the track when they changed the layout. Imagine going through Becketts then Maggots, accelerating to full speed as you pass through the turns.
This pole position is meaningless.
Outstanding performance, great lap. Pushed it to the limits.

Well done George!! And then the Russell Army.
Get in there Lewis!!! Nice to hear Silverstone going crazy for him

Appie Kuipers said:
Max won’t by impressed by the British fans and Merc’s updates, they can’t change things in 2 weeks
Click to expand...

Mclaren spent millions to achieve a quarter second gain when Lewis beat Massa for the title. Depending upon what needs fixing, a-lot can be achieved in 2 weeks. Especially since the work probably was on-going for months. It was most likely planned for Silverstone due to logistics. or just 'ready'/'tested' after the last two events in Austria.
Last edited: Jul 16, 2021