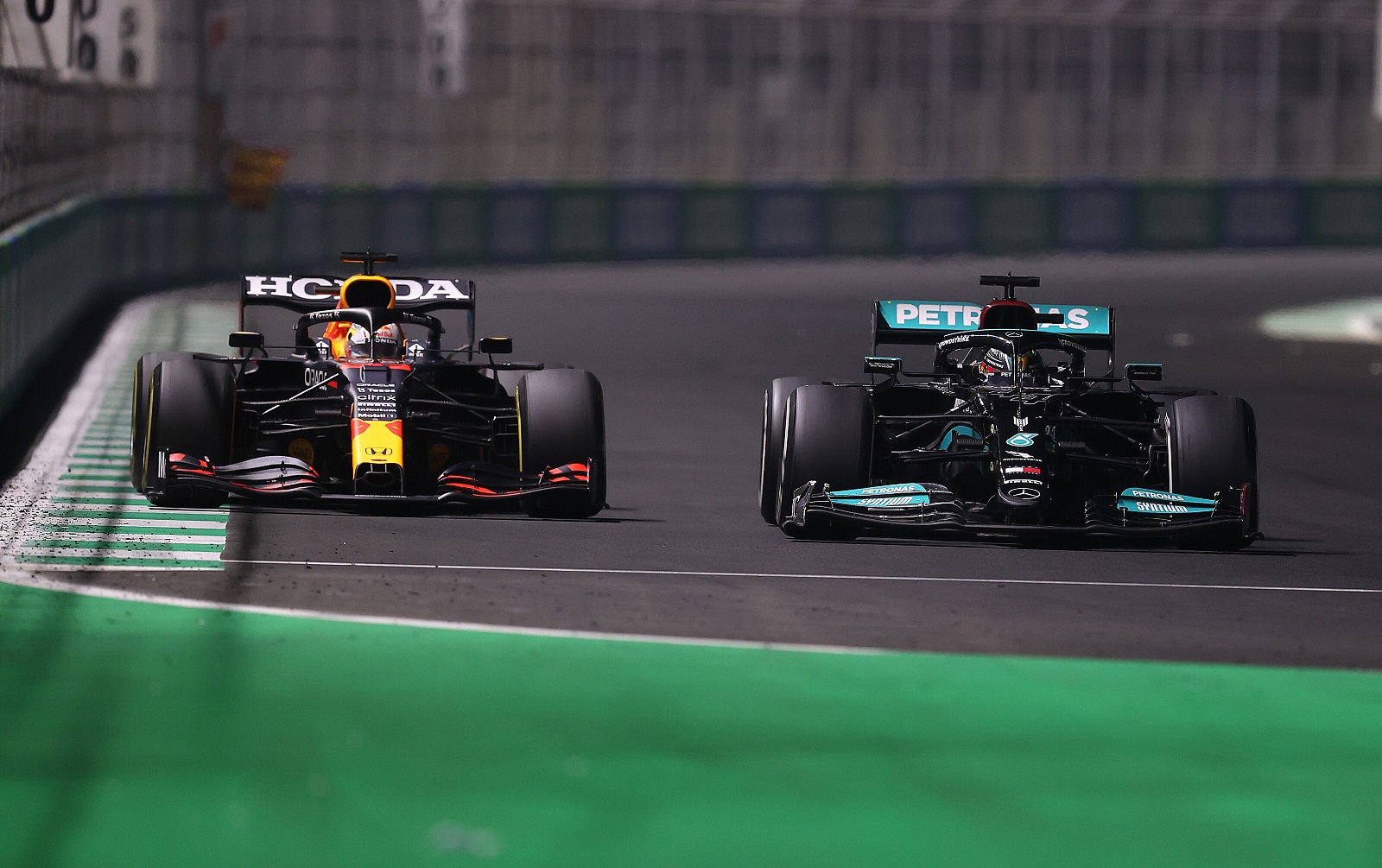 Formula 1 enters the season finale of the Abu Dhabi Grand Prix with the driver’s championship leaders tied on points.

After a roller coaster ride of a season in F1, the final event of 2021 will be held in Abu Dhabi and will decide the championship battle between Max Verstappen or Lewis Hamilton. The two drivers are even on points entering the race.

Verstappen has won more races this year than Hamilton, so if the two end up finishing even after this race due to neither scoring points, the championship would go to Verstappen. Momentum seems to be with Hamilton after back-to-back-to-back race wins in Brazil, Qatar and Saudi Arabia, though points momentum has never lasted long this season.

The Yas Marina circuit is a location where both drivers have won in the past, with Hamilton having won numerous times at the track, and Verstappen being the most recent winner. The layout has been altered for 2021 to encourage more overtaking.

Looking away from the feature act of this race weekend, the constructor’s battle between Mercedes and Red Bull seems to be all but decided, with Mercedes holding a 28-point advantage. With Hamilton and Verstappen cancelling each other out on points, Sergio Perez and Valtteri Bottas have been involved in a lower profile battle than their teammates, but one full of surprises just the same.

This will also be the last time we see certain drivers in F1, or the last time we see them with their current teams. Perhaps the biggest departure is Kimi Räikkönen, who will retire from driving after Abu Dhabi. Kimi’s teammate, Antonio Giovinazzi, will also vacate his F1 seat after this season and will race in Formula E next year instead. One of the Alfa Romeo team seats will be filled by Bottas, who will finish this year third in the driver’s standings. His current seat at Mercedes will be filled by George Russell.

This looks to be an exciting finish to a season filled with drama and shocking moments. Let’s hope that we see the best from each of the championship contenders this weekend.

What are your thoughts on the Abu Dhabi Grand Prix? Let us know on Twitter at @RaceDepartment or in the comments section below!

A friendly reminder: we are not going to tolerate mudslinging between Hamilton and Verstappen fans. We are all here to have discussions but verbal fights don't belong to this great sport.

If you are too emotional to leave a mature response, don't post and switch off your pc, tablet or phone and go do something else.
I'm completely torn down the middle here.

On the on hand I really do want to see Hamilton, my fellow countryman, become the greatest of all time in terms to championship wins....

But I also really want the young upstart to take the wind out of Hamilton's sails, and take his first well deserved championship.
I'd like Verstappen to win because long lasting reigns have always been bad or boring. However, I somehow feel that Hamilton is going to win because of the car being superior at the moment (that Power Unit 5 is a beast) and the momentum. Whoever will do, let's just hope that it will be a great sports evening and not something to regret about having viewed (or recorded, in my case)
This one is really gonna be a coin-flip. Max has a slightly better position due to more GP wins this season, but the differences are so small, it's really going to be anyones game. It'll all depend on the race. If there are red flags or safetycars that lead tactical decissions that fail or succeed.... If it'll be either Max or Lewis, for both it's gonna be a well earned championship and they are by far the best drivers at the moment.
Looking forward to see hard-but-fair racecraft decide this sensational season!
Can't find who are the marshalls at Abu Dhabi but my best wishes to them!

Dzul said:
Can't find who are the marshalls at Abu Dhabi but my best wishes to them!
Click to expand...

Oh yeah, the pressure on them must be absolutely immense. No room for error!

Let's hope that doesn't mean we get a post-race decision on anything that happened on track during the race. Imo, we all need a clear winner when the checkered flag drops.
Aaaaah my wife invited also my mother in law to watch the battle between Lewis and Max together as a family. Why? please tell me why? That will be the toughest battle to win (for me). You can imagine all the questions they fire at me.

May the best one win. Written many times: last lap, last corner! And to all the F1 fans: ENJOY the race weekend!

I hope Max but my feeling says Lewis

Dzul said:
Wouldn't it be something if BOTH Verstappen and Hamilton were DSQ for whatever reason and Bottas got the WDC? How's that for an ending Netflix?

Just imagine, that would be an awesome ending to such a chaotic and awesome season
i think max can do it to win championship but sad for honda ,kimi,gio leave formula 1
The straight line speed of the Merc under Hamilton with that mega Merc engine will see him take this I believe.

I personally would love Max to win (would make a nice change) and take the championship… but either is ok with me as they have both driven like they are in a different formula than the rest.
Last edited: Dec 10, 2021

On the on hand I really do want to see Hamilton, my fellow countryman, become the greatest of all time in terms to championship wins....

But I also really want the young upstart to take the wind out of Hamilton's sails, and take his first well deserved championship.
Click to expand...

I feel exactly the same way. I just hope it's a clean fight.

Bram Hengeveld said:
A friendly reminder: we are not going to tolerate mudslinging between Hamilton and Verstappen fans. We are all here to have discussions but verbal fights don't belong to this great sport.
Click to expand...

THANK YOU !! Remember to report toxic messages, guys !! We all play a part on this matter !!!

This race is a real conundrum right now......only luck and talent will prevail !!
I just hope they don't collide again.

MarkModdy said:
The straight line speed of the Merc under Hamilton with that mega Merc engine will see him take this I believe.
Click to expand...

Yeahh Hamilton was a whooping 0.8 km/h faster in Jeddah, even in Bazil he wasn't that fast. I really don't know why everyone is jumping on the Horner Mercedes Mega engine bandwagon.

That will be the interesting thing this race. Max can afford all the possible risk when battling directly with Hamilton. IF they both go off he'll win the championship, Lewis on the other hand can't afford too many risks in a duel with his rival as he might be jeopardizing the WDC.

What do you guys think will be the roles for Bottas and Perez (Gasly & Yuki)?

eco2006 said:
Yeahh Hamilton was a whooping 0.8 km/h faster in Jeddah, even in Bazil he wasn't that fast. I really don't know why everyone is jumping on the Horner Mercedes Mega engine bandwagon.
Click to expand...

There are more things than just pure top speed. It are often the Haas drivers at the top half of the speedtrap sheets. Not because of their engines but the lack of downforce.

Those with a massive amount of downforce (Mercedes and RBRB) and still have reasonable amount of speed will be the fastest allround. Comparing both Max and Lewis it was the latter being faster on all recent tracks.
Looking at whole season and both drivers and teams: Max
Looking at this 1 race championship and current state of teams: Lewis
Hopeful F1 fan to return to watching in following years: no crash, or Pirrelli tyre tricks and no stewards bad decision influencing the title.

EDIT: forgot the bolded part
Last edited: Dec 10, 2021
I think HAM will get his 8th title just because he got the momentum on his side and he knows how to win titles. Also the Merc is unstoppable since several races. However I’d like to see VES claim his first title just because he had a great season (not so much the last 3 races though) and it’s good to see another champion than HAM.
Guys, regardless what happens on Sunday... how about we take our hats off to The Iceman by making this happen as a farewell gift, from the fans... 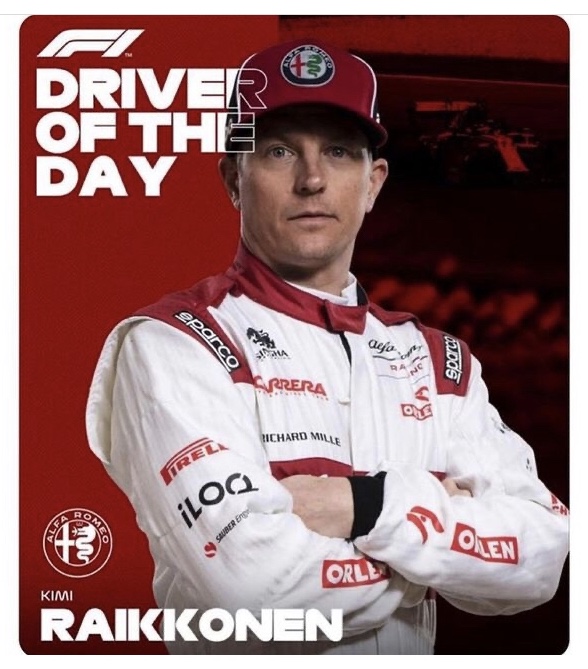 Well either way what a great season, honestly I'd like Lewis to grab the 8th title and maybe retire.

I do think it's time someone else to win the WDC and I'll be happy with either result.

Not really a max fan but I think he does deserve to win after a great year. <mod-edit: removed>

Good luck to both and let's hope it's a clean fair race. My heart will be in my mouth by the end no doubt and I'm not getting any younger and would prefer not to have a coronary while watching

Would love to see lando, Riccardo, Russell have more chances next year. Looking forward to the new cars. Also pleased to see albon back in F1.
Last edited by a moderator: Dec 10, 2021