Update to add the 1920s driver, full lods, better sound and, thanks to CM, a working clock.

INSTALL NOTE: As before, install manually if you want the full driver skins because CM's installer doesn't see them. Extract the archive to your ...Steam\SteamApps\common\assettocorsa folder/

I officially hate making LODs and as with the Bugatti they're bigger than they should be but maybe they'll help if anyone has a less powerful computer and struggles with performance.

Originally I used a Kunos sound bank for this car because there's almost no source material to create anything else, but I found a lot of the samples from the example sound bank in the dev folder are similar to or the same as the ones in that bank. So I built a new sound bank from them plus a few additional samples of my own. It sounds almost the same as the previous sound just without that intensely annoying limiter sound...and a new 'appropriate' horn sound. Oh and the idle sound is from Philipp Moch's replica C6.

Kyuubeey sent me a few corrections for the tyres so I've incorporated them, albeit cautiously and conservatively. It's always difficult, sometimes impossible, to know just what is 'correct' with the physics of these cars, data is often missing or unreliable, so I tend to go more on behaviour and try to err on the side of 'too easy' rather than 'too hard'. The physics is still largely an educated guess on my part, I'm slightly more educated now than when I started but not by much.

As usual let me know if you find anything wrong or missing, constructive criticism is always welcome. One thing I've noticed so far is the propeller stops moving when the car is far enough away to be using LOD B, C, or D. Not sure if that's AC working as intended or a config. setting that I don't know?

It's hard to know what's correct with the gear ratios, I somehow got the impression vintage cars had long first gears but the few actual ratios I've managed to find suggest that's not so, it's not much to go on but I think it's better to lean towards what the facts suggest - could still be completely wrong of course.

AI shouldn't get stranded on the grid now. Donnington 1938 seems to confuse them the most, I guess because the grid places are so close together, but even there they will eventually get going, two cars always seem to get stuck in my testing but they sort themselves out after they've had a little think about it.

Can't seem to find good shader settings for the chrome, it's less shiny now but in a certain light it seems to go completely matt, looks horrible. I'll keep trying to find the right balance and update when/if I do. Any tips gratefully received.

Long way to go yet but the Sunbeam is taking shape: 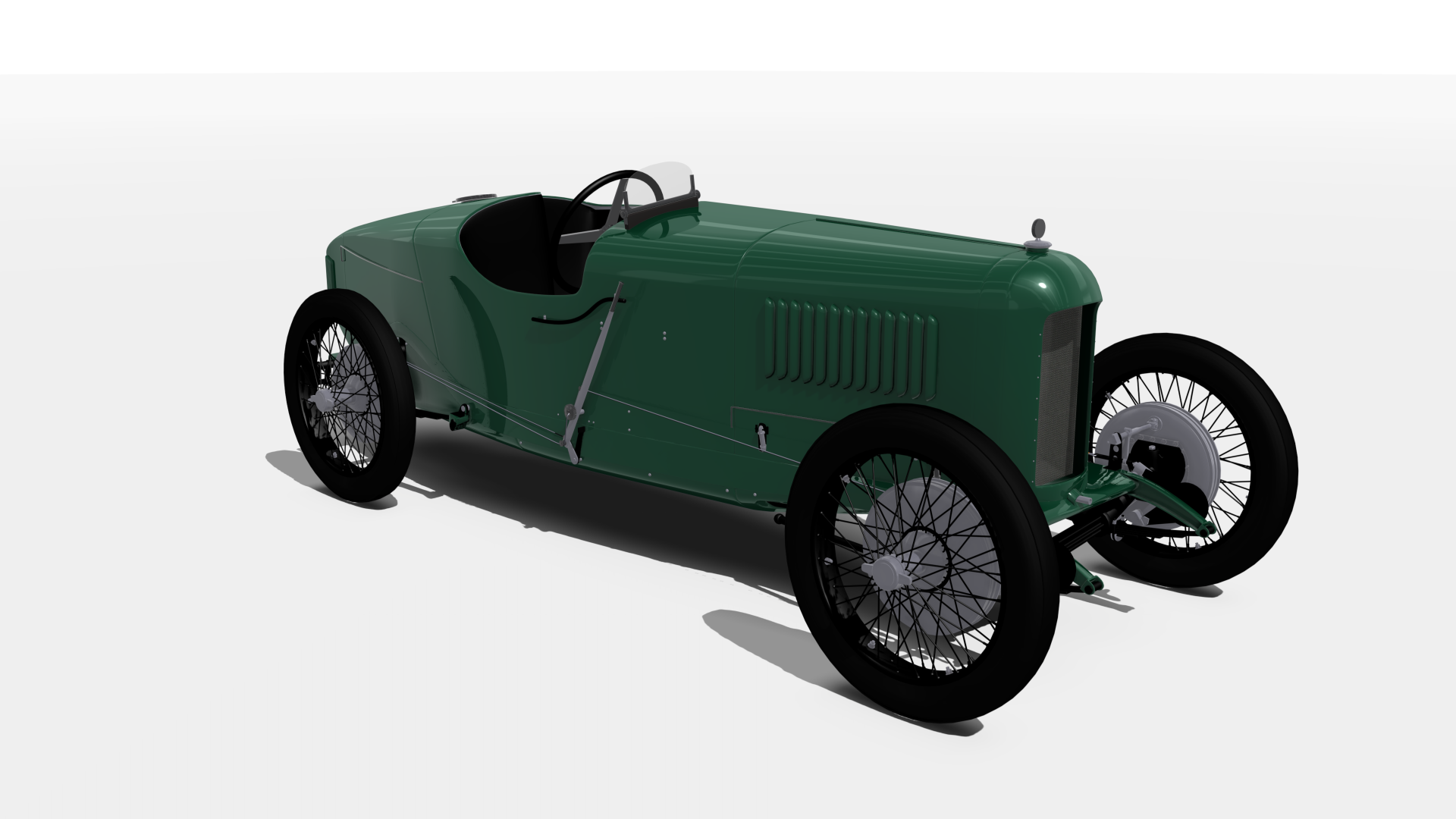