Login or Register an account to download this content
Overview Reviews (3) History Discussion
Ask a question
Reviews (3) History
Aka how to turn an easy job into a full overhaul of all skins previously done and collected by TTR long time ago, expecially on 1986-87 years.
We glad you have done the dirty work of some unknow skins, wich were usefull for us as reference, but most of them lacks a lot of details.
Beside fixing all wrong alpha channels cars, we have added two season and one third of the Nissan Mobil 500 tasman series from 1985 to 1987.
Those three were the only main season were a lot of insual livery cars have run before the NZTCC will lose interest and became dominated from 1988 and above by the few Aussie teams. So we're offerning new cars (someones really rare), more corrected historical liveries and new physis.
Thanks to our physis guy, philrob, we're able to add new proper physis for a lot of cars, such as Mustang, Holden VK (1985, 1986 private and HDT), Holden TWR (1988 specs, 1990 HDT spec), BMW M3 (1988 specs) and Mercedes 190 2.3 E, wich will changes the cars performance for a better real-like realism as possible (better if used along with philrob talents).
Since this pack changes quite a lot and correct many errors, deleting old folders of ATCC/Bathurst is mandatory if you have installed the old Aussie Skinpack by TTR. 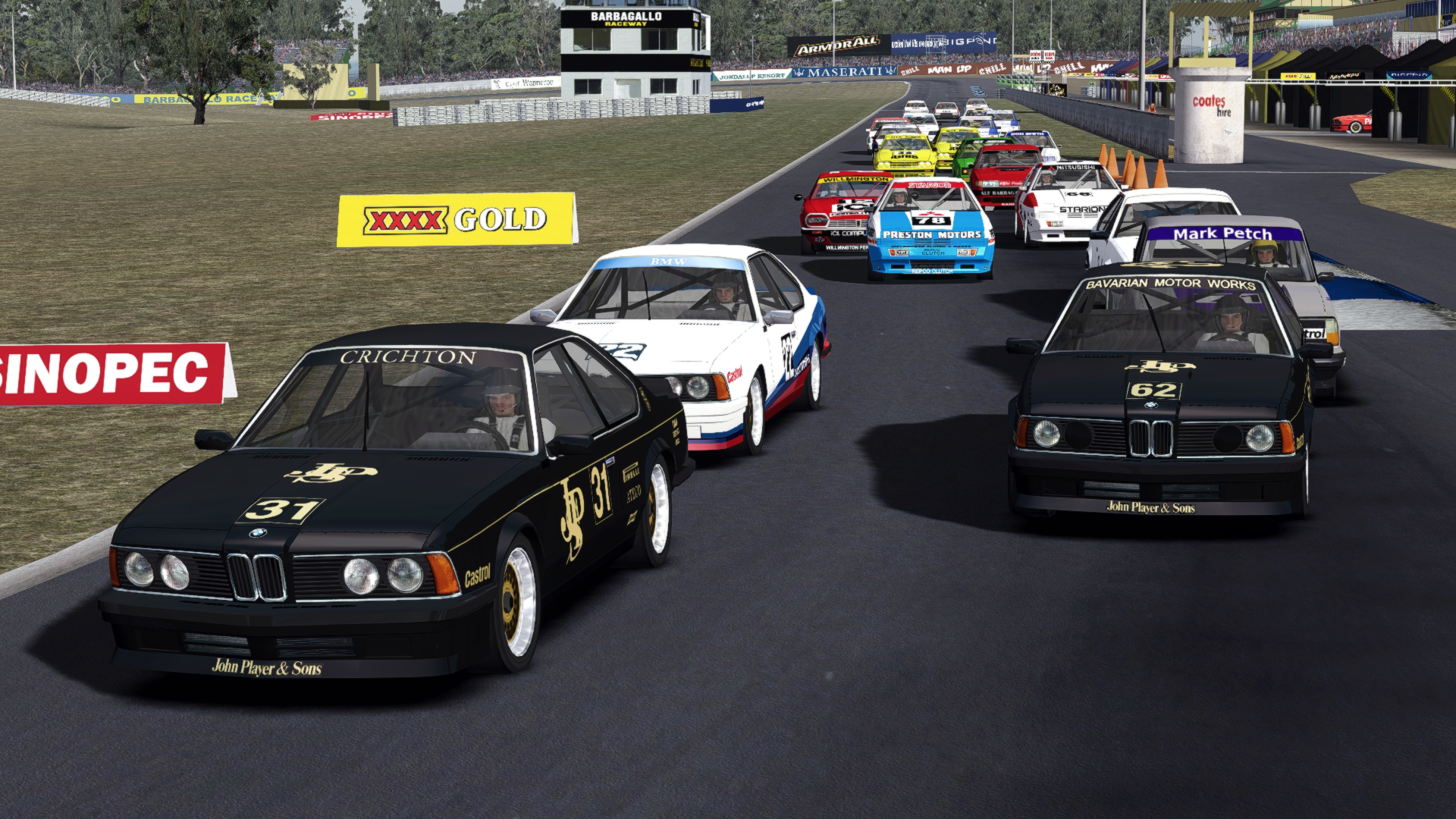 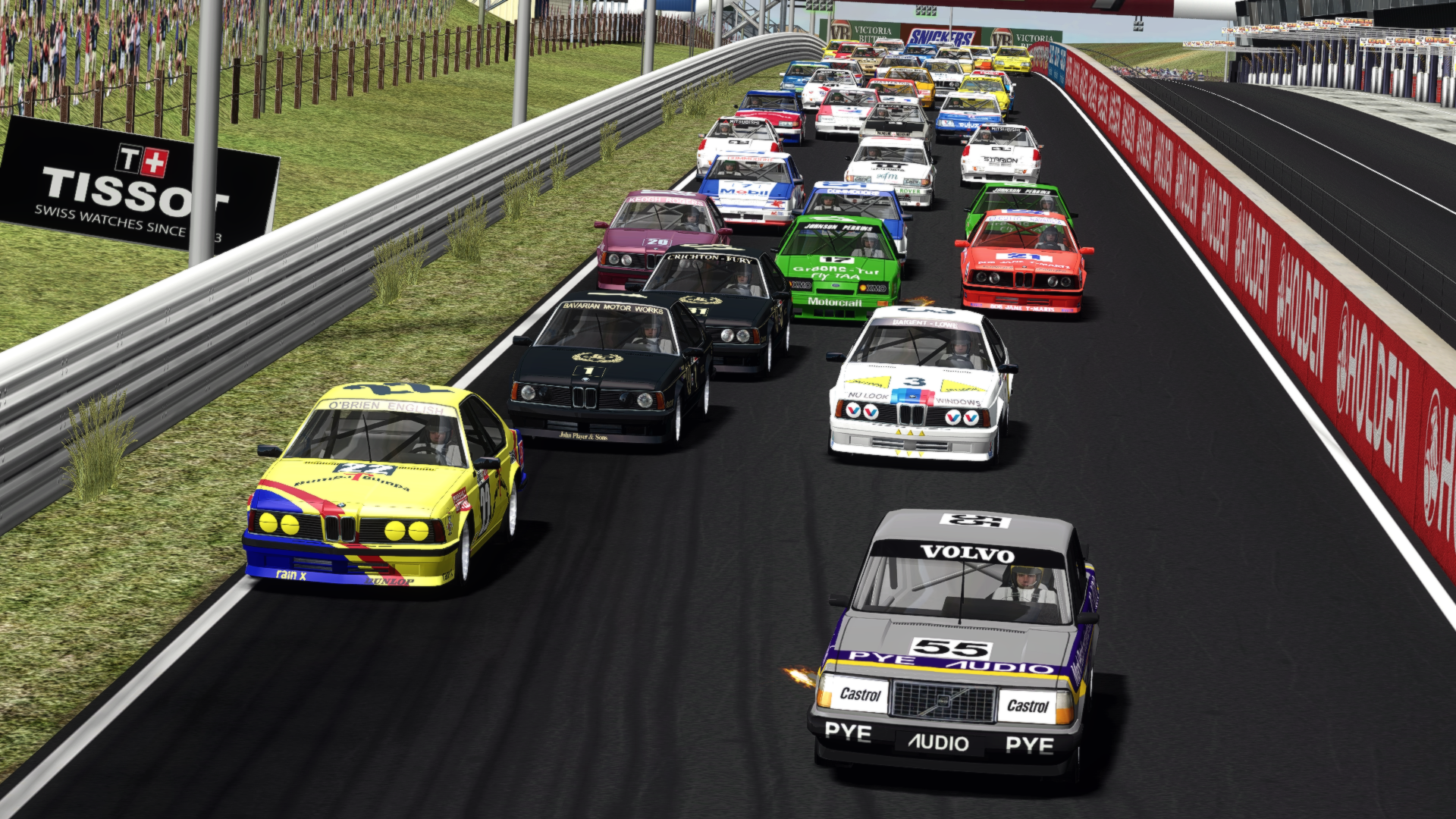 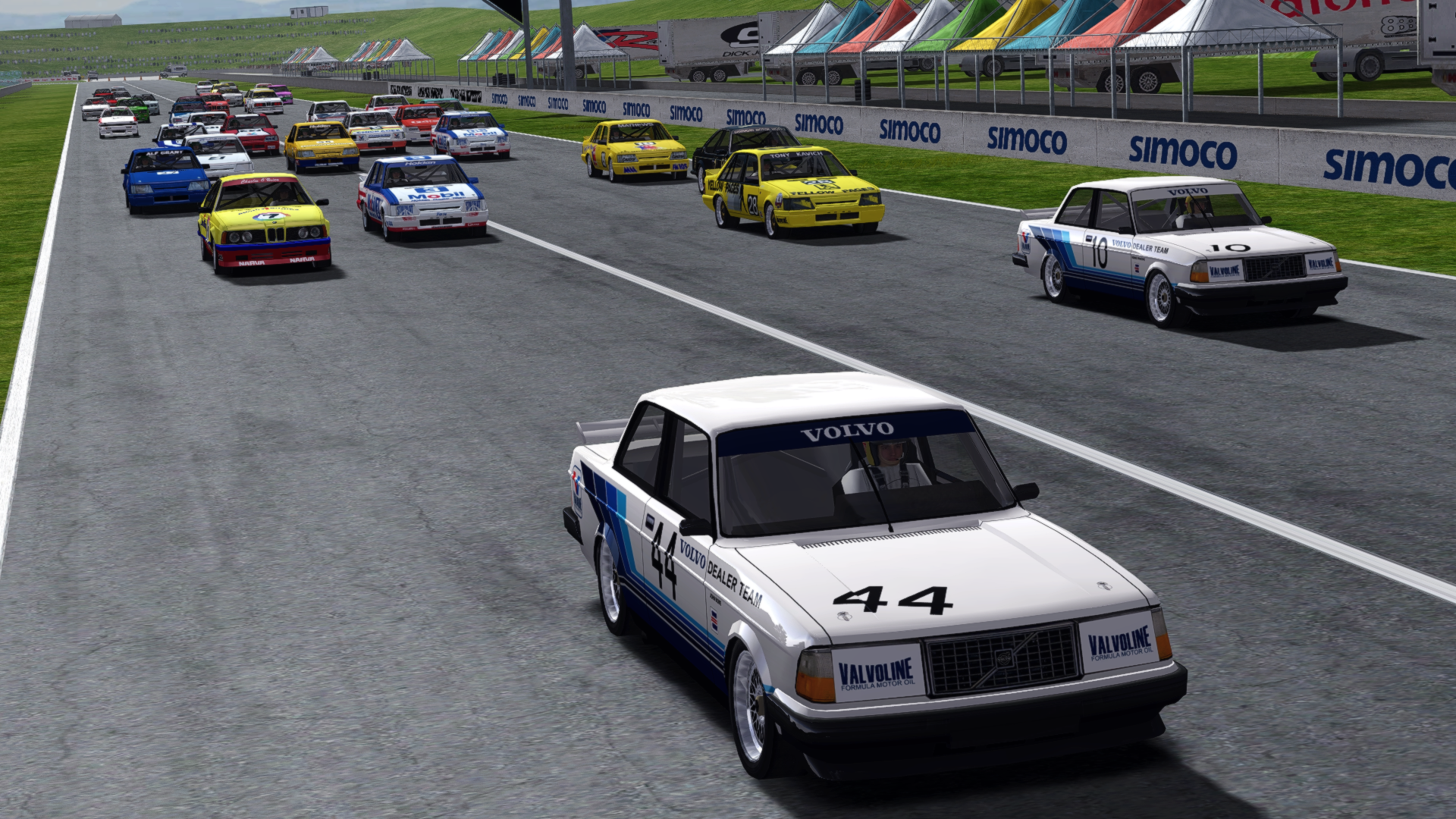 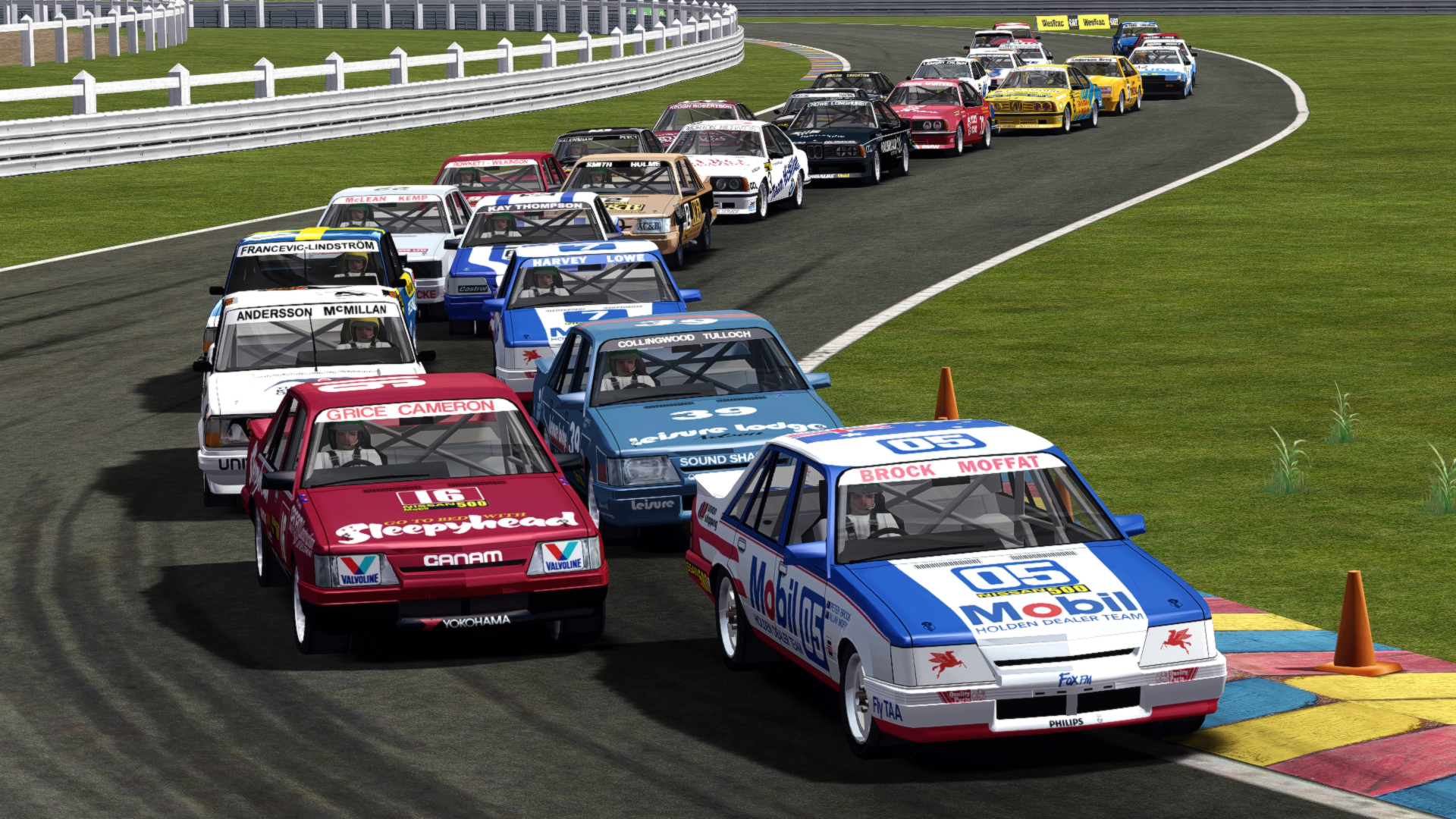 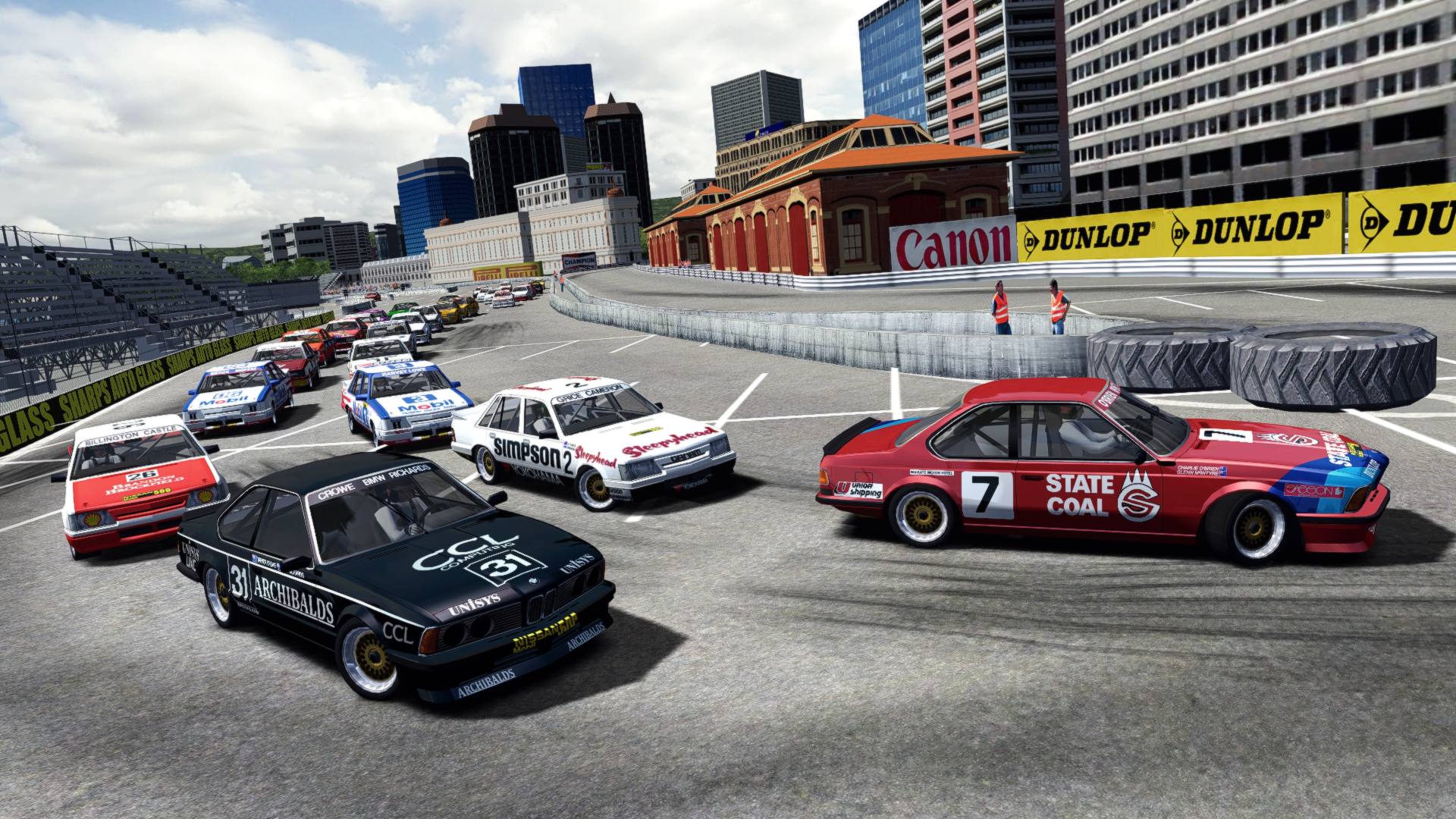 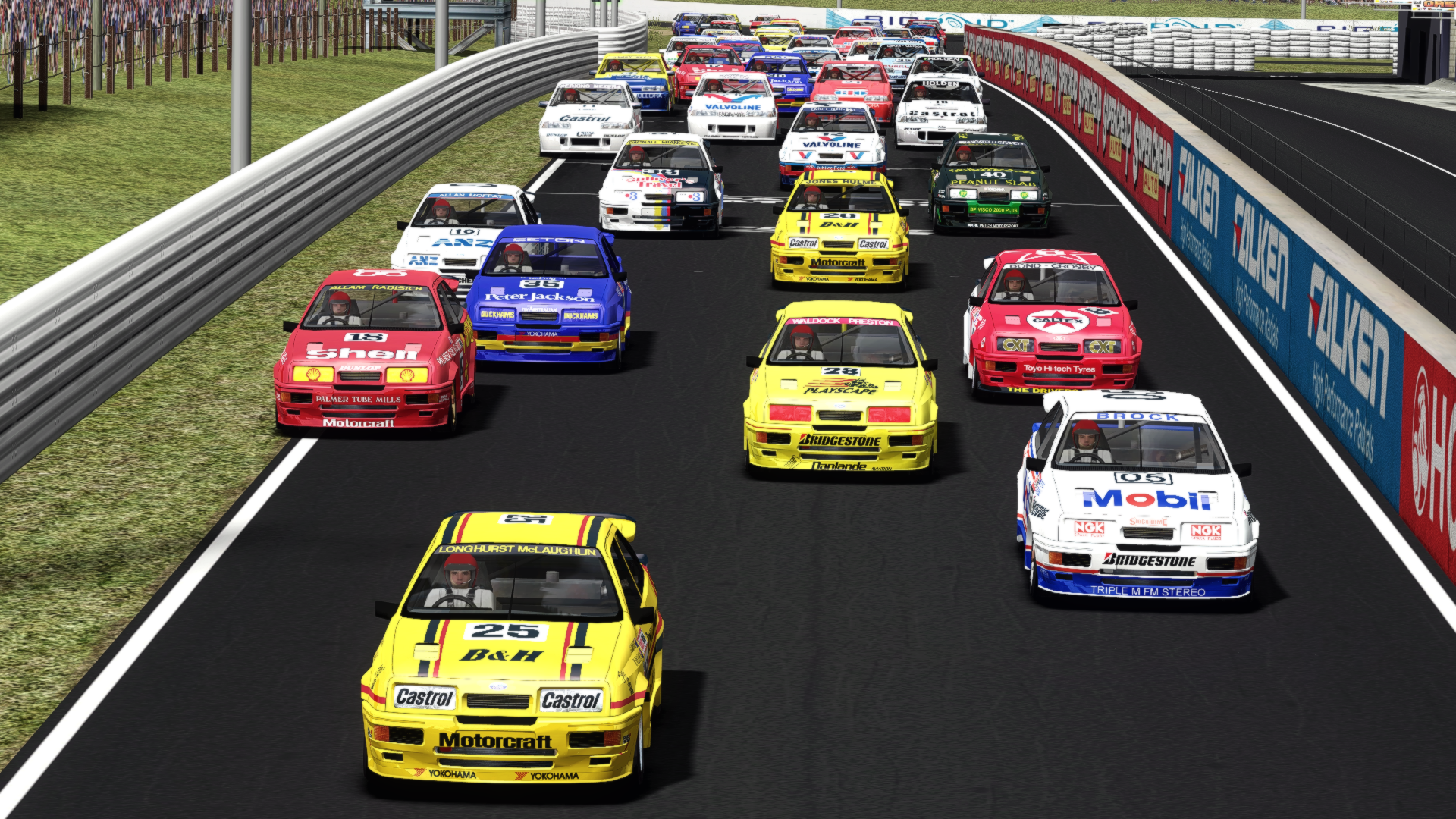 - teiresias for indirect help for some skins from various years (1985-1990)
- TTR guys since they're the original authors of the first Oceania pack
- bears for Bathurst 1985 skinpack. Thanks to his pack, we're able to re-build a lot of incorrected liveries from 1985 to 1990
- kiwisteve for the 4 1986 cars NZTCC pack (unvaible 'cause NoGrip death)
- my friend Wualla wich had been involved randomly and by helping, bring me back the right will to finish this pack
- touringcarracing.net, tentenths forum, the roaring season, SuperMPH1000, autopics.au and to all others 80s motorsport site and fans that provides us photos, video and infoes over the web.

A modified rfm that made work specific talents files for TCL from 1982 to 1989 for most of the drivers.
BMW 635 CSi Pacecar included, such as a new bik made long time ago by Pain-less.