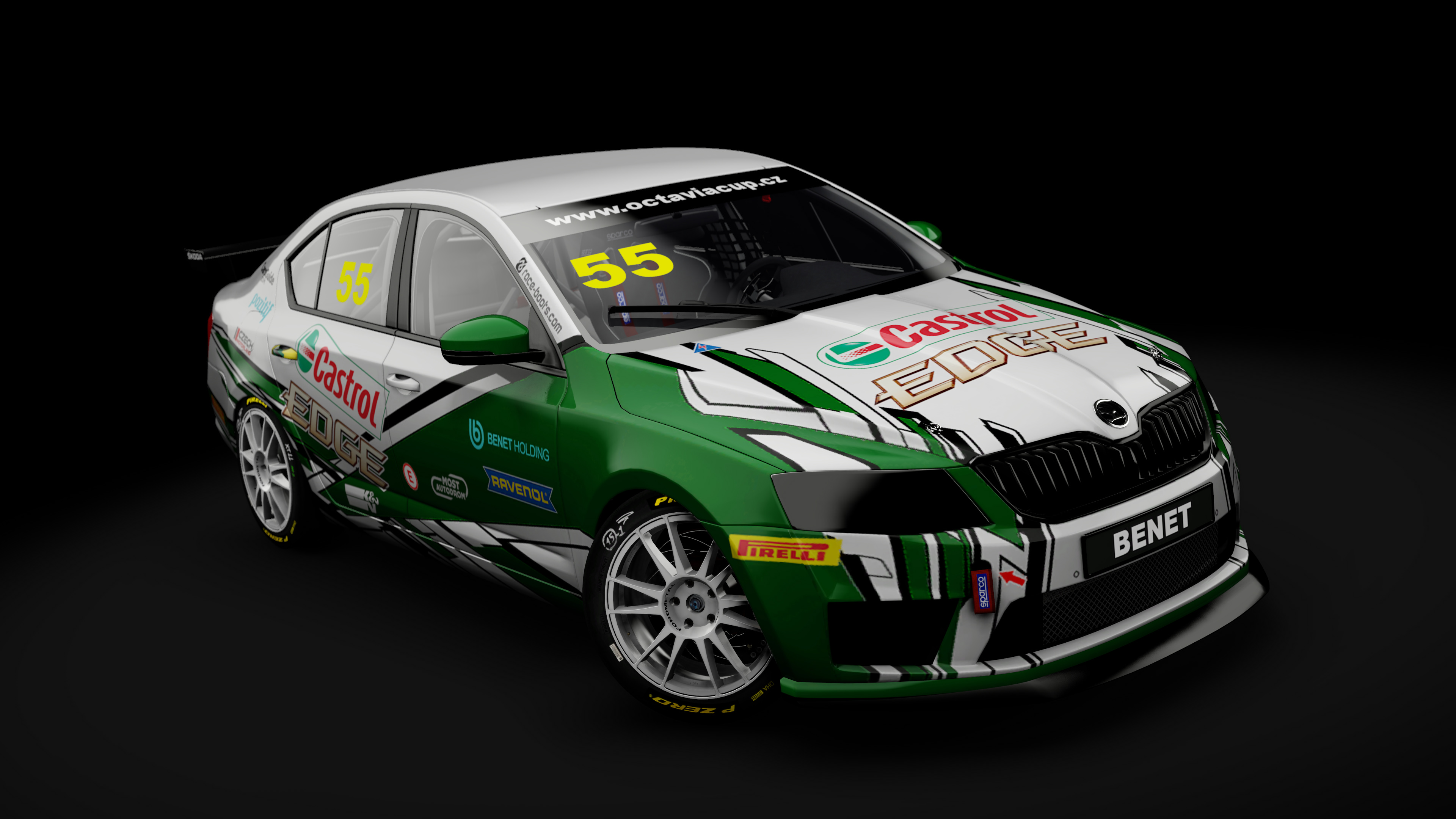 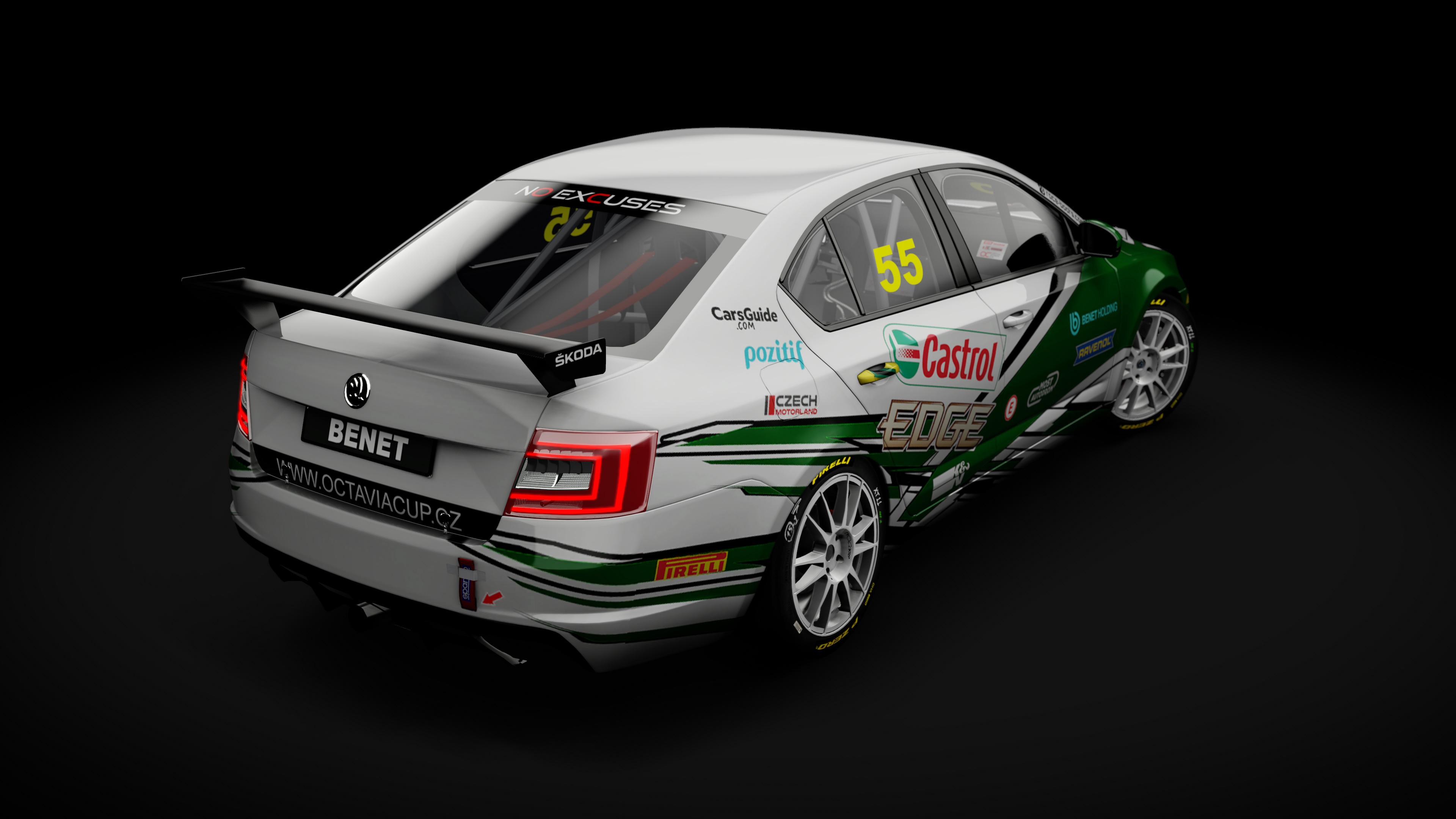 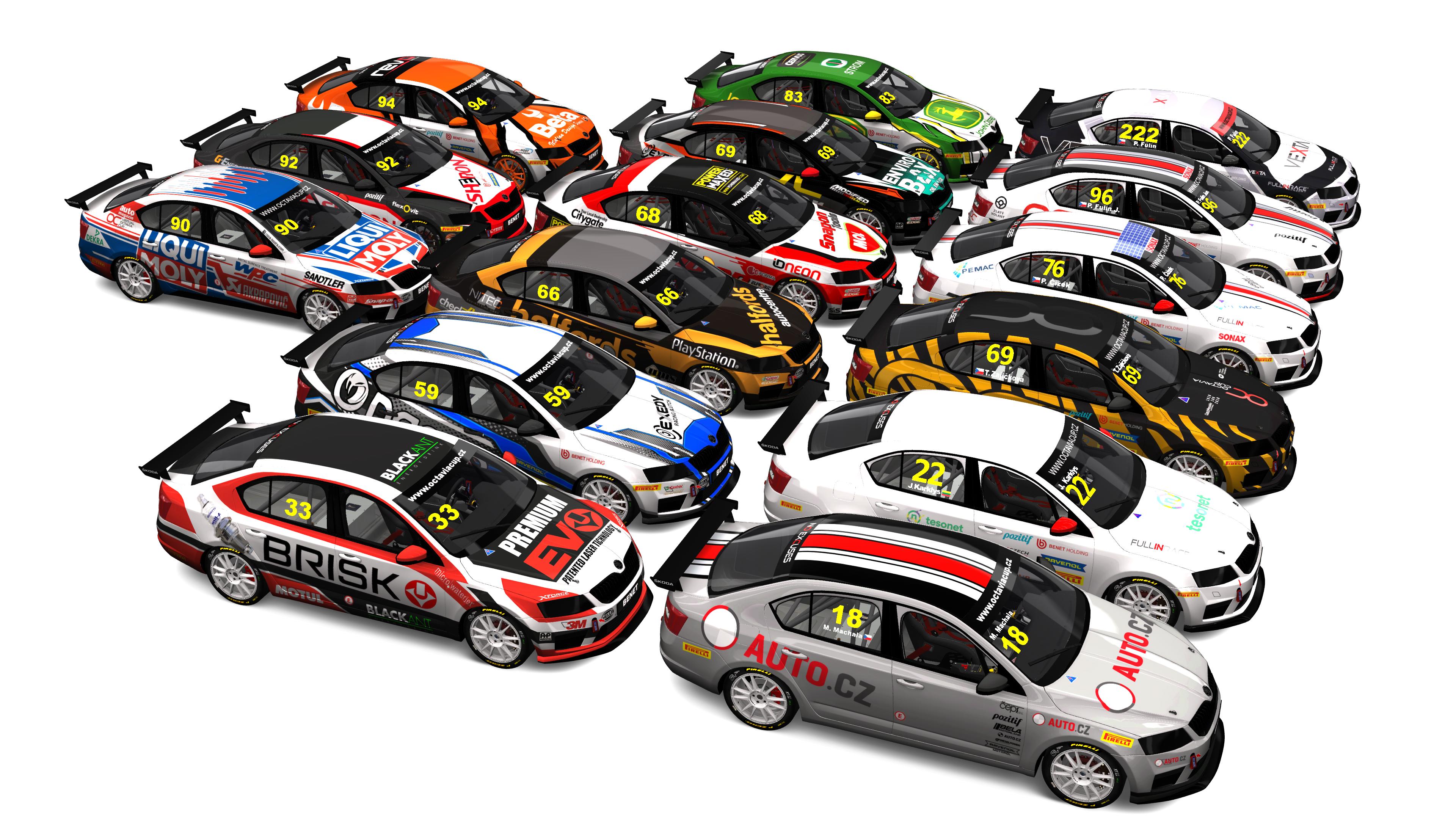 Trained Monkey Modding team presents Skoda Octavia Cup - 2018 specs. This car is based on Skoda Octavia RS 3rd. generation and is used in Octavia Cup Series in middle Europe. This mod is our first mod and was created with help of real mechanics and was tested by real drivers, so our priority was mainly physics and behavior of the whole car,not the detailed model, but we did what we were able to do to make it as best as possible

We would like to thank all other contributors and people who helped to further improve this mod, especially Foli, Trewor, Kypo, JoshuaxVGOS, x4fab, real drivers Petr Fulin and Petr Cizek and a lot of testers in our community.

What's new in version 2.2
Quite a lot of news mostly not visible by eye but a lot of stuff was improved and reworked to make the mod more accessible to community racing, because it was created for that purpose. Suspension physics was reworked, now the car shouldn't try to kill you in every corner, LODs were reworked according to AC standards and some issues were fixed. Since this version had a lot of changes it is possible that some bugs and issues can appear, but I guess it shouldn't be anything serious.

If you will find any issues with our mods head to our new discord server and report it there
Mod version: 2.2 contains real Fullinrace Academy skin pack (by @TheSourceOfTheNile), default skins and some skins from our local championship created by Racingtech CZ. Template for skinning is included in the mod. Stay tuned for updates...
Reactions: m3000gtr, Ivunoise63, luca15mx and 59 others