Two and an half years down the line from our initial release, over 100.000 download of our car, and a lot of fun racing with it.
Time for something new! This new car isn't just an evolution of the previous, but a brand new car. New 3d model (once more created from scratch), and new physics: new suspensions, new engine, new aero package, new tyres, and so on.
This car is faster and, just like the previous model, is a great car for close racing.

I would like to thank all of your for the great support in those years. It's great for our team to see that our car is still used for championships, and that has always been so popular.
We hope that this new car will be appreciated just as much, and we are looking forward to read your reviews.

A special thank you goes to @bastoner97 for his help to create the most of the skins included in the initial skin pack for our car.
In case any skinner wants to help us creating some more skins, we will be very happy to create a new skinpack, just as we did for the previous car.
The skin template is included in the package (see the specific car folder).

Thanks to @NeverKrash for the help for the sounds. The idea initially was to have a brand new sound for the new car, but due to lack of time, that wasn't possible, unfortunately.
At the end he helped us to adjust the old sounds (created by Davide “elMariachi90” Cervone) to new engine specs.

As usual, this car has been a great teamwork from the whole RSR team. Mario Gilles and Maurizio Gilles Jr on the 3D, Andrea Lojelo on the physics, and everyone else supporting, giving feedback, and helping tuning the car.

The package contains both Formula 3 models. The older car has no modifications.

We hope to see you on track with us! 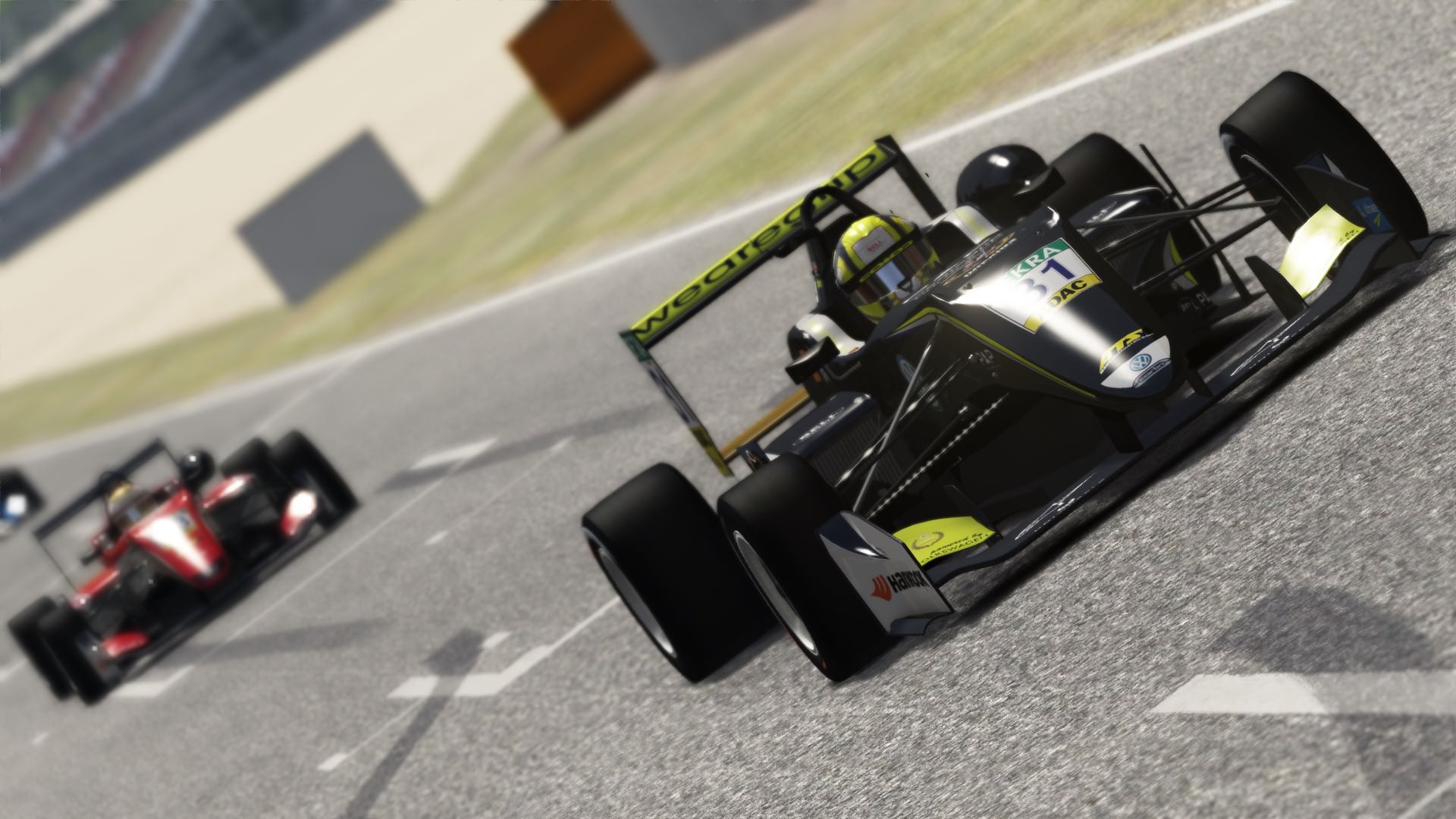 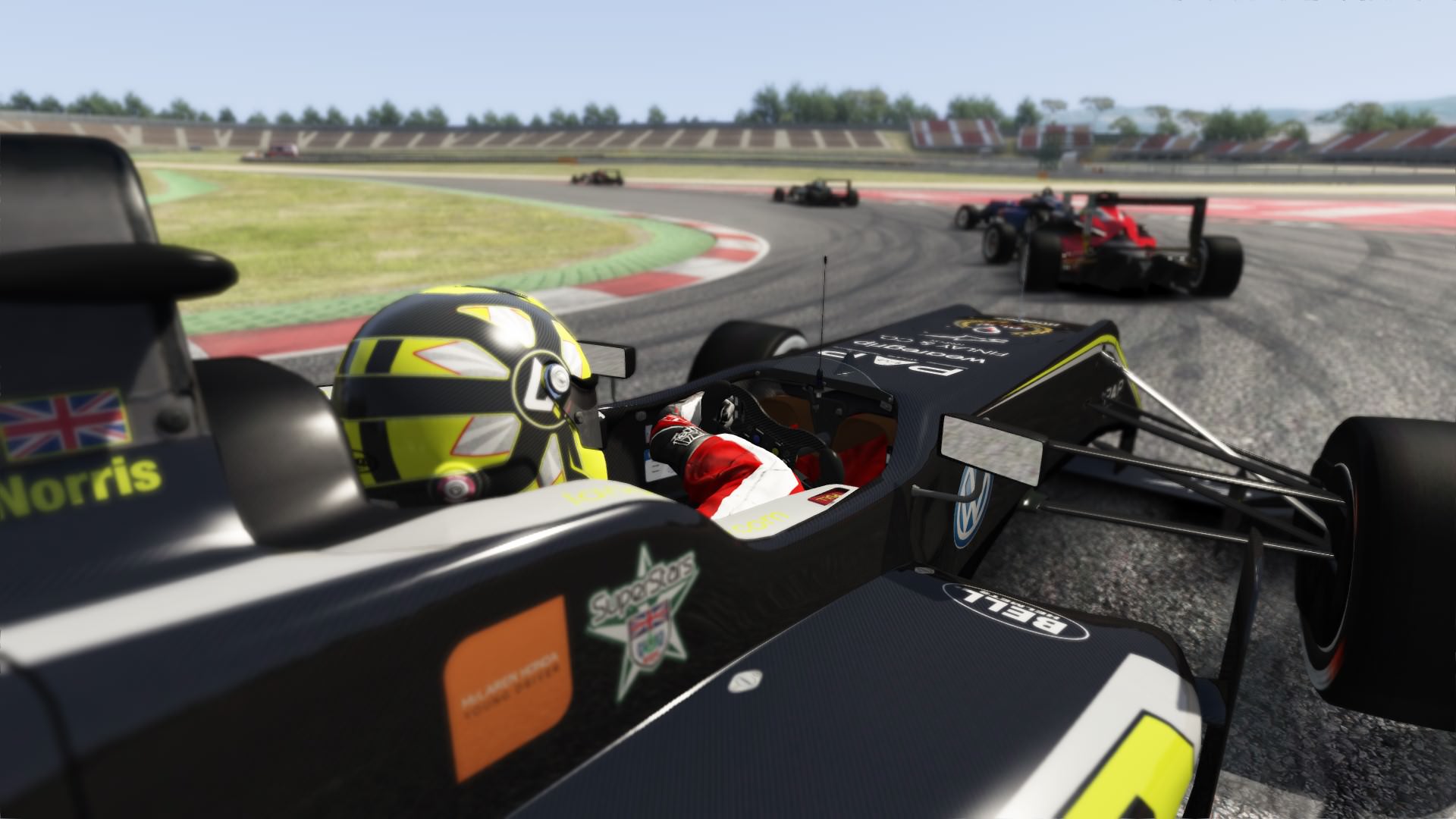 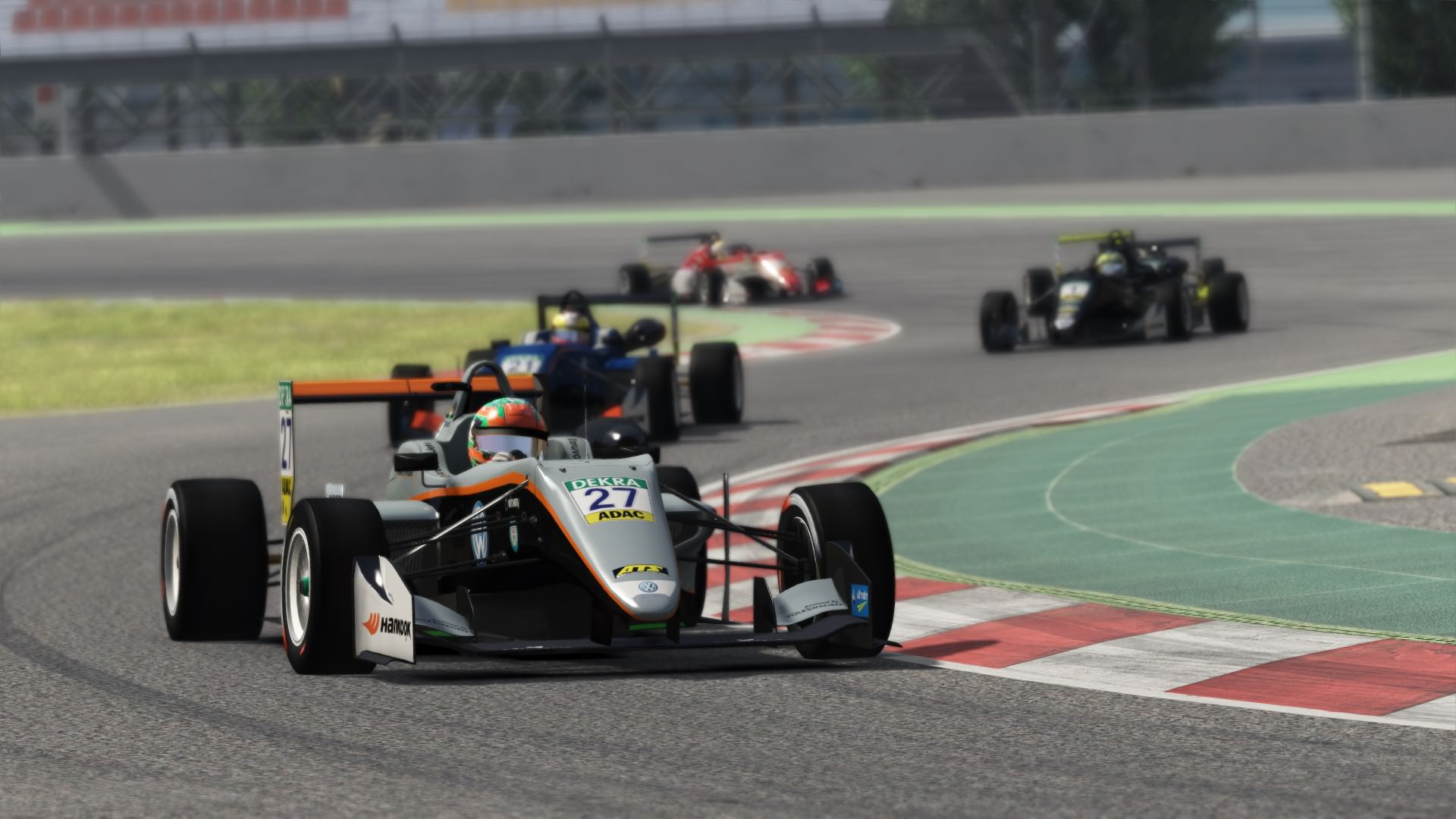 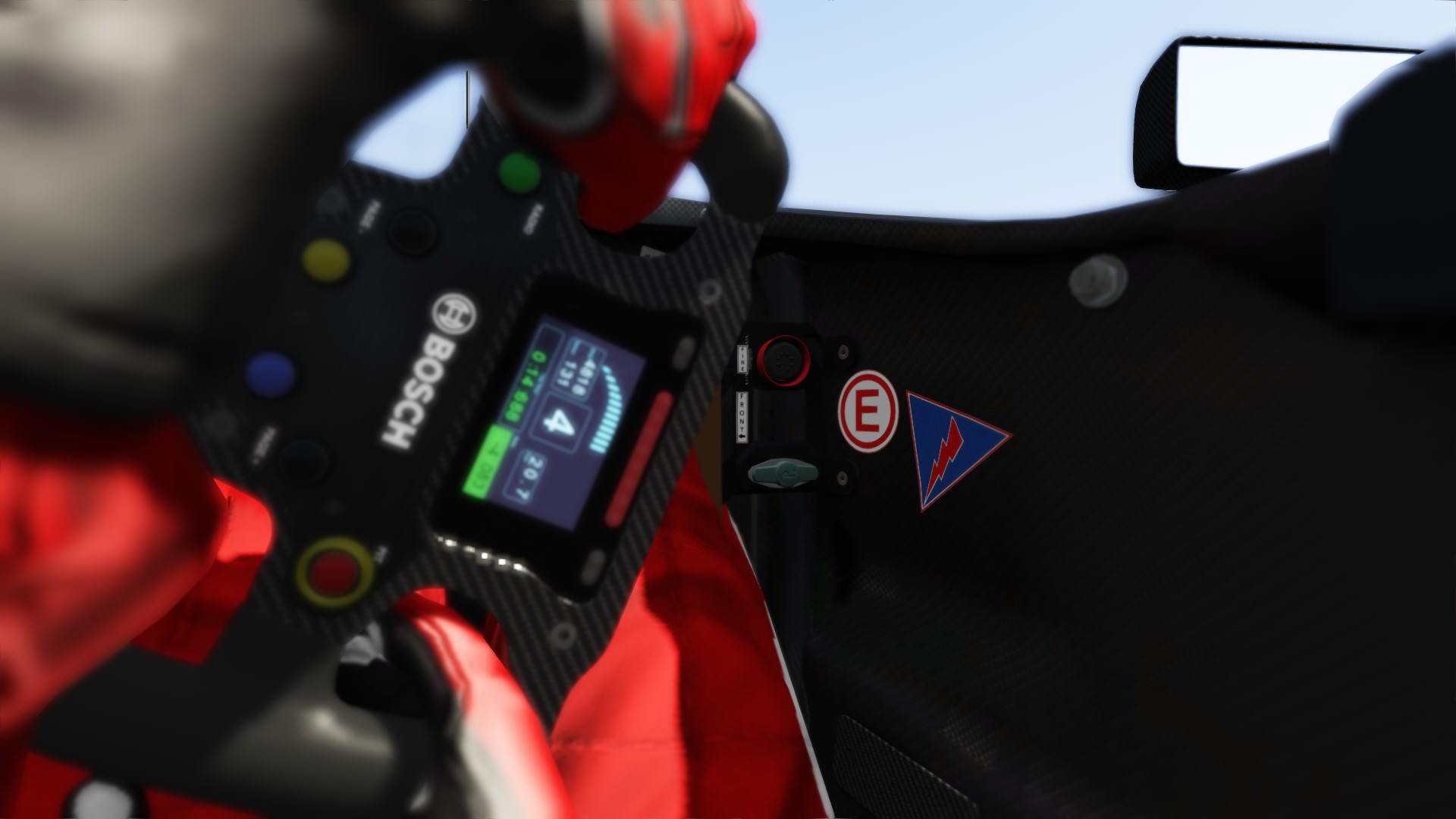 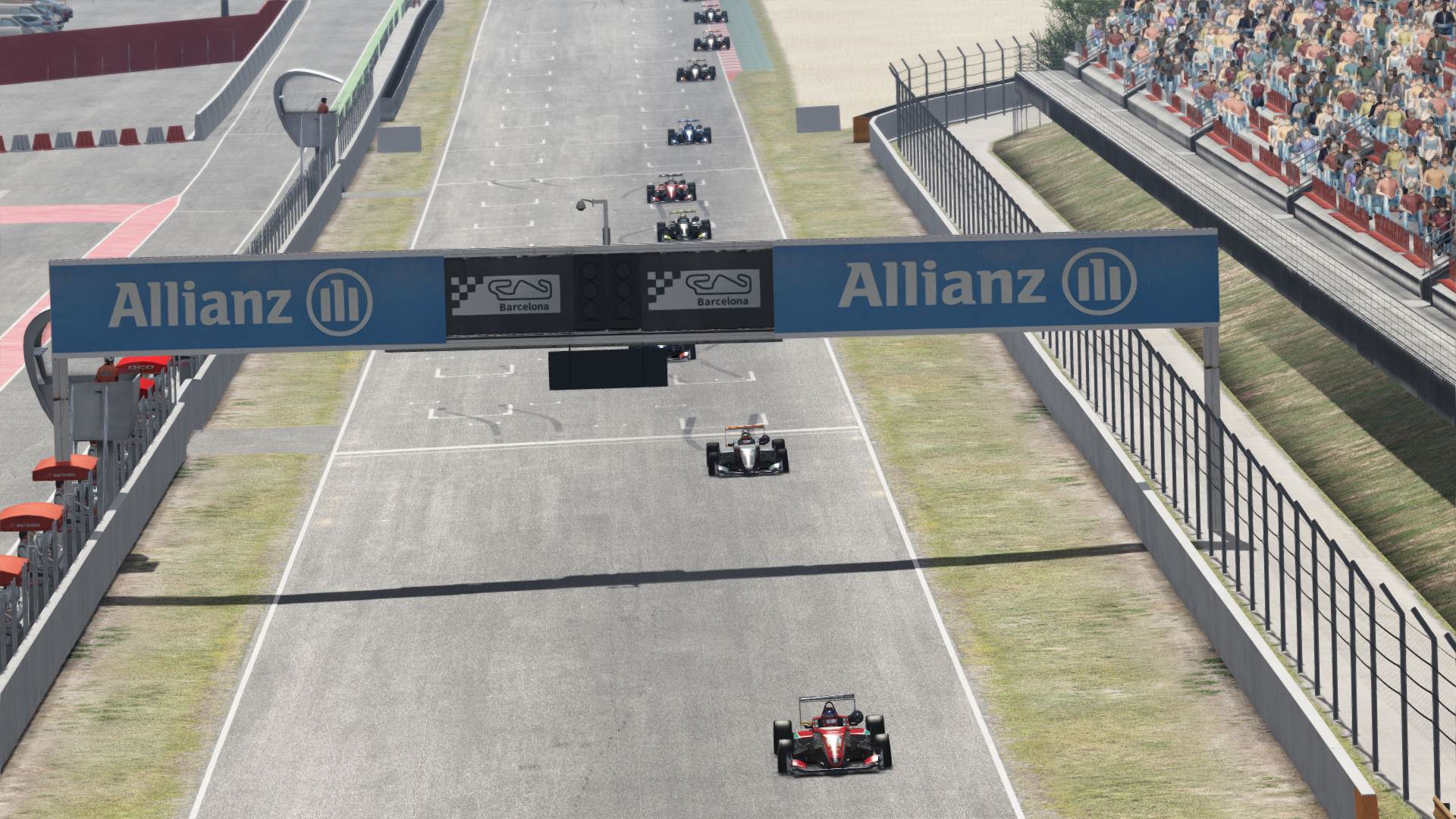 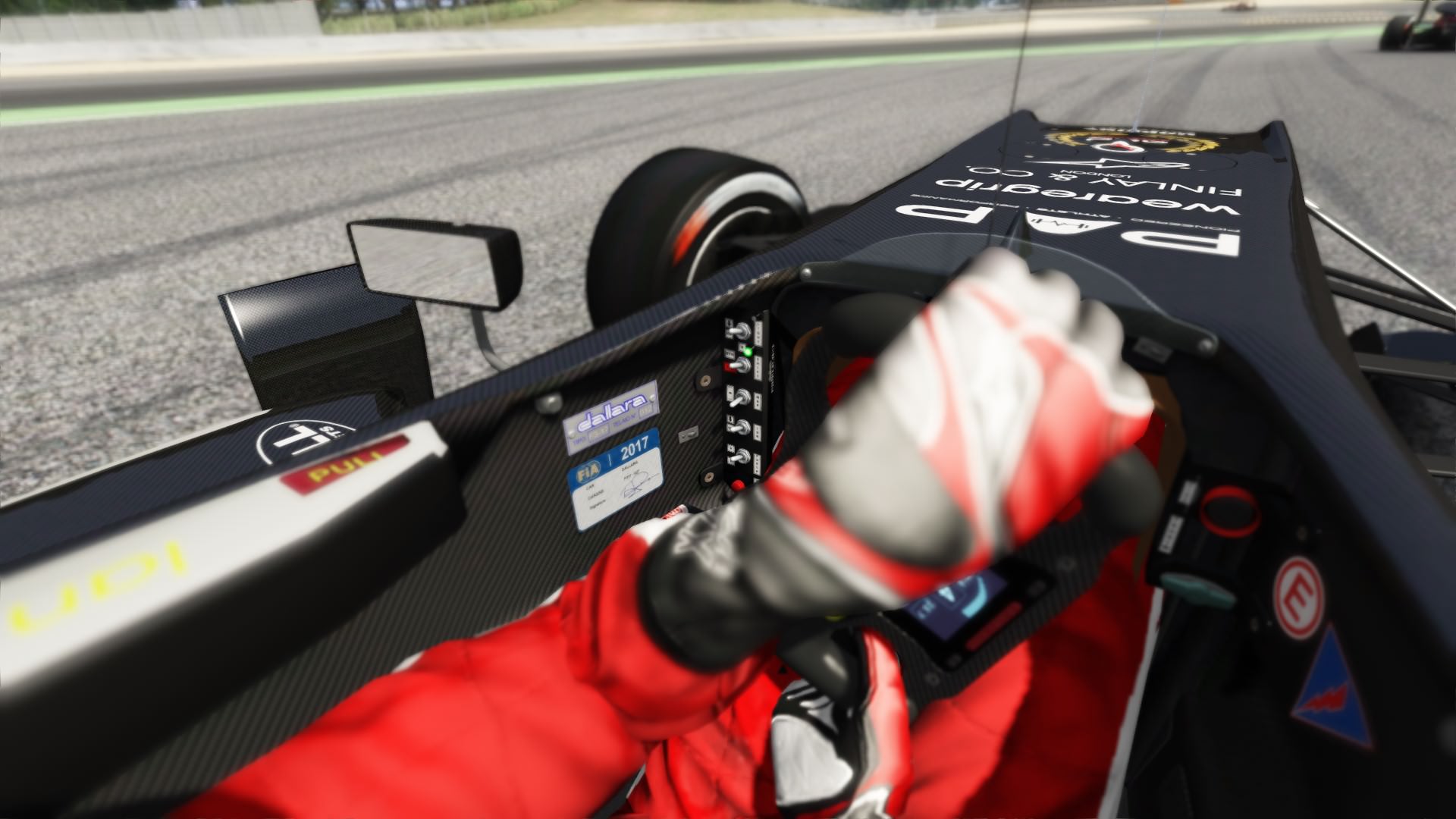 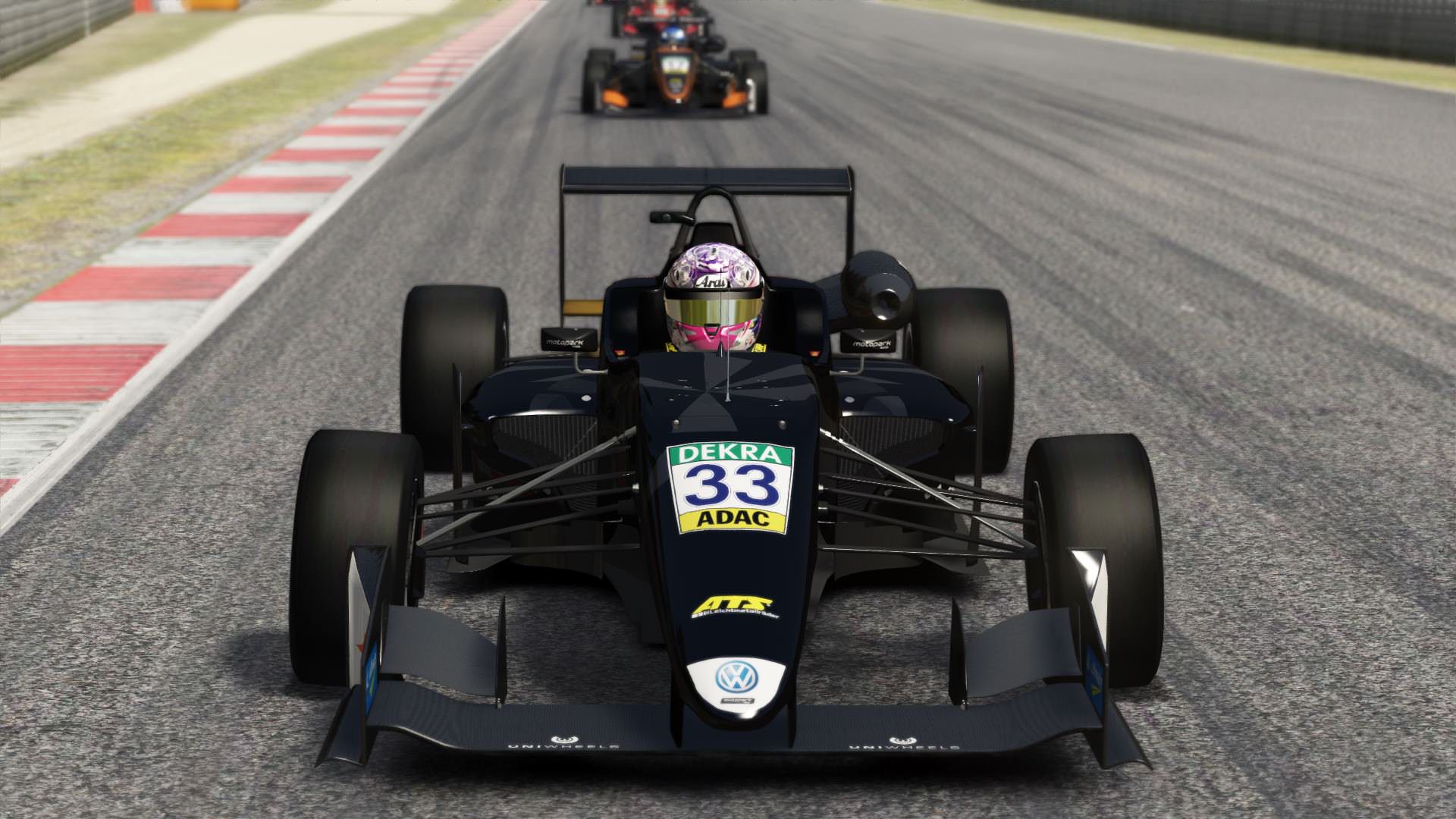 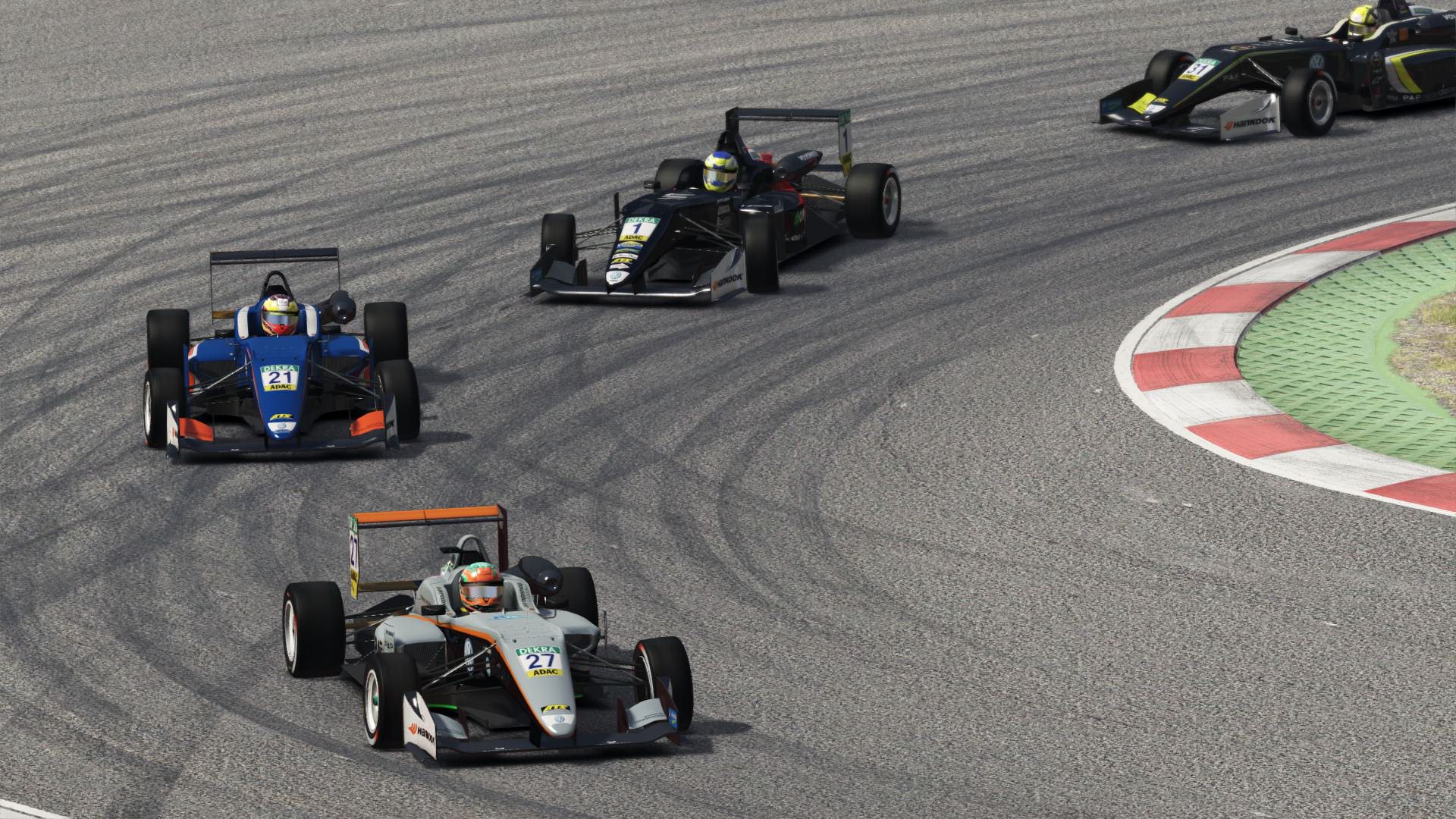 Thanks for the great help during testing to Tristan, Dan, Jaap, Phil, and the rest of the RSR Team.
Thanks to the Kunos Simulazioni team for the usual help and support, and in particular Stefano and Aris.

Join us on SRS for the official RSR Formula 3 championship starting today 15/01/2017.

specific VR modifications:
Oculus KN5. The package includes also a specific KN5 optimized for the Oculus. The only difference are the RPM lights that are more visible also in case you are not using post processing effects. Just use the kn5 included in the f312_oculus.zip

During our tests we've noticed that in some systems the driving position is a roughly meter higher that is should be. The driver eyes position seems to be ignored for some reasons.
A similar issue has been reported for official cars as well. Hopefully we will be able to fix this issue in a near future.
As a workaround use the official app to save the correct position. You just need to do this once.

Open the app Onboard settings
Press:
Exit from the AC session.
Enter once more. 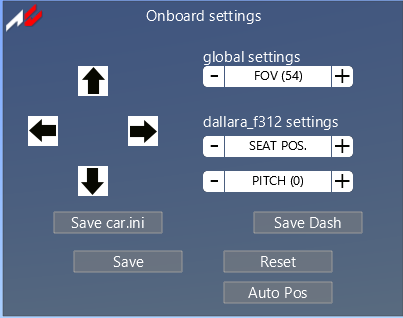 skins
added new skin Scuderia MRT (created by Marco Calesella) as an example of the new chromo effects introduced in the new version.
added seatbelts_textures_package. Those are created as skins for easy preview in the showroom. You can use those seatbelts of different brands in your own skins simply copying textures in your skin folder.


Physics
Tyres upgraded to the newest tyre model v10 and fine tuned.
Tyre radius dependent on speed, calculated based on tyre manufacturer specs
Tyre falloff tuned to have a realistic feeling when losing grip
Improved tyres behaviour in fast changes of direction. The car has a now more direct response.
Improved overall force feedback feeling. The car is now more communicative. You will feel more even smaller bumps on the track. The wheel feels also a bit stronger.
Improved car behaviour on corners where there is a fast change of track camber, like the last chicane at Spa
Brakes pads efficiency based on real data
Thermal model for brakes. Driving feeling with cold brakes has been verified with Omicron Motorsport’s drivers
Added aero dependency between wings in the aerodynamic model. For example, increasing the angle of the front wing does change the efficiency of the rear wing. The new aero model is much more complex than the previous model to achieve better correlation to the experimental data. There are still few limitations that we hope we could address in the future.
Tuned damage model for the aerodynamics.
Refinement on dampers model based on new document provided by a user on RD. In the setup screens dampers options are now shown in steps for easier selection of the 8 settings available on the damper knob.
Steer assist set to 100% by default instead of 50. It’s still possible to change it anyway in the car setup screens. Best results with FF postprocessing configured correctly.
Fixed downshift profile causing the car to slightly lock the rear during downshifting
Changed step for ARBs to be make the selection easier
Added fuel consumption for accurate fuel estimation for AI (no changes for driver fuel consumption that was already tuned to the same number)

IMPORTANT NOTE: Setups of the previous version are NOT COMPATIBLE with the new version due to changes on the aero model.

I would like to share with you a nice story. At the end of June, Omicron Motorsport team was in Spa Francorchamps for their F3 cup race.
I’ve invited them to my place for a nice dinner and to try out the replica of their car on my rig with the Oculus Rift.
Jacopo wanted to try the car on the normal monitor first, as he was used to at home, to get accustomed to my rig and to better appreciate the difference with the Oculus.
I was driving quite well, but he was still missing apexes and braking points and overdriving the car sometimes.
Then he put the Oculus on, and something incredible happen (well...after 15 minutes standing still in the car full of ooohhh…. woww...that’s my car...ohhh...this is incredible...loooook I can see the Omicron logo on my driver suit...loooook...I’m here at Spa again. Look this is just like being in my F3 this morning…)... well...I was saying...something incredible happen. Immediately from the very first corner he nailed all braking points, corner entry, corner exit, no more mistakes, no more going off track, no more weird reactions.
Jacopo comment after his session sum it all up: “I was driving a simulator on a pc before. Now I’m driving my car!”
I’ll never forget that sentence. That alone is the best reward for our work, and a great recognition of the effectiveness of a VR system like the Oculus Rift CV1.

RSR Formula 3 v2.0
physics
- tyres updated to tyre model v6
- tuning on the tyres due to the latest changes on the tyre load sensitivity introduced in AC v1.4
- tweaks on Medium tyres for the excessive graining
- added a parameter to configure the steer assist in the setup screens in the GENERIC tab. For Servo Wheels, or, in general, in case of strange vibrations, the suggested value is 100. For normal wheels keep the default value (50).
- we've decided to remove the fictional tyres (soft and hard), and to keep only tyre compound actually used in F3 Cup 2014 (medium tyres, based on AVON data). Tyre wear of the medium tuned according to Tristan Cliffe's suggestions.

3d
- small tweaks on the 3d
- tweaks on shaders and digital instruments
- new skin template with small modification on the side mirrors. Old custom skins needs to be updated (easy fix)
- all skins included in the skin packs have been updated to the new template.
- added two new Toro Rosso skins
- all skins, helmets in the official package are now 2k
- 4k skinpack is provided as a separate package

Note: the car should have comparable performances from the previous versions. Tweaks have been verified once more with real life telemetry data, and the car has been brought back, with some improvements, to how it was before the enhancements introduced in AC v1.4.

Note: all the changes introduced, have no impact on the car performance.

We've created also a 2k skinpack, as mentioned in the release notes. This is much smaller and lighter, than the 4k version, obviously. The loss in quality isn't that much, but for sure performance will benefit, especially on lower spec'd pc.

You can download it from RD directly. I'll add the link on our website for the 2k as soon as I'll be back home.
2k skinpack
4k skinpack (this it the previous package)