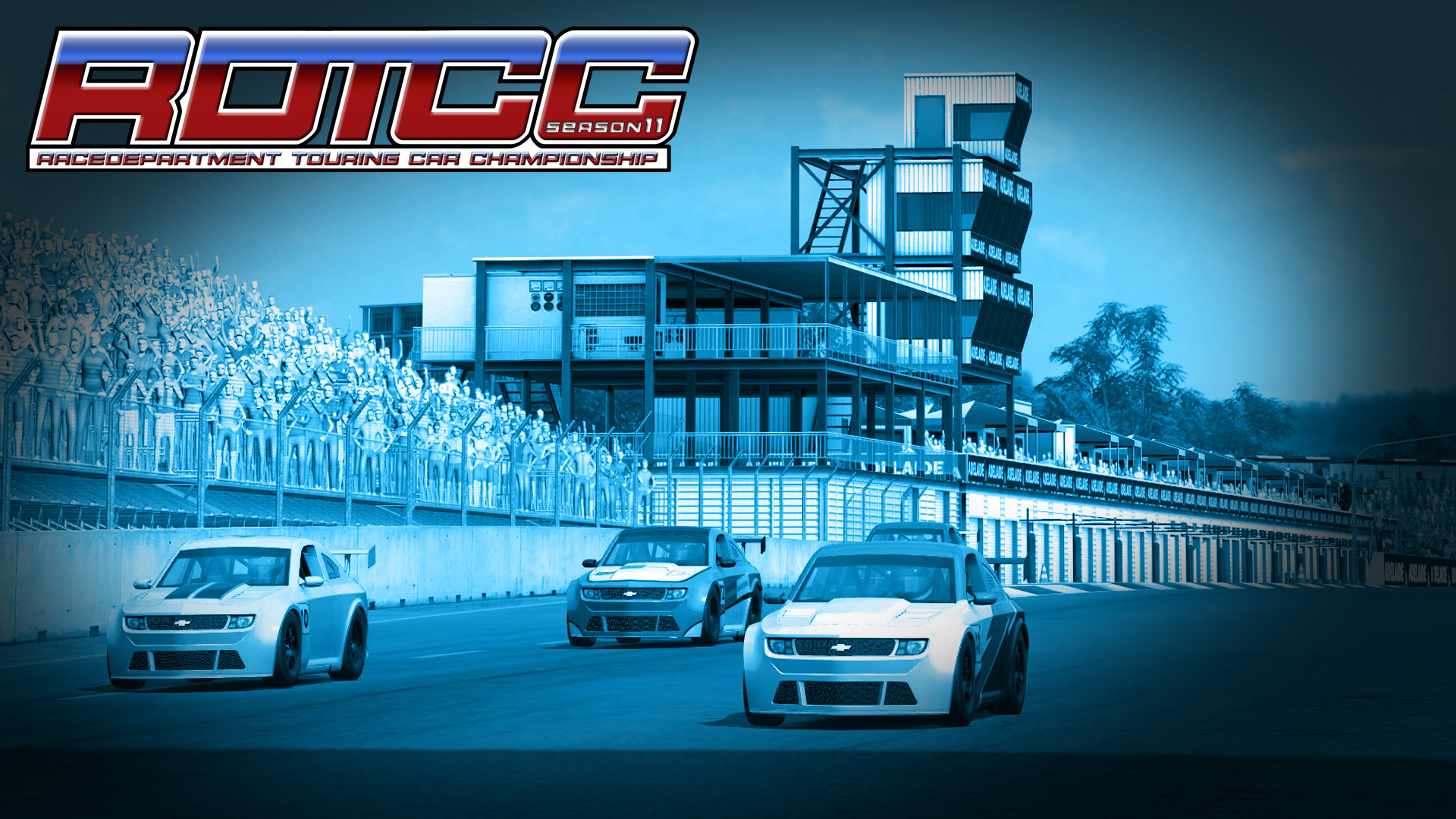 Featuring all 29 drivers in Season 11 of the RaceDepartment Touring Car Championship.

Compete in these micro-monsters for 12 rounds of intensely-close racing as only Touring Cars can provide! They may only produce a little over 100 horsepower, but the Aussie Racing Car's are minuscule.

They're essentially a driver tightly wrapped in a roll cage with the shell of a Chevrolet Camaro over the top. But underestimate them at your own peril, as these things have a 1300cc motorbike engine in them, and since they weigh in at just under 600kg, the performance these little beasts provide is impressive!

Awesome field of interesting skins.
Ash, only one is rude, the other is just dirty ;)
Upvote 0
I personally find some (two) of these skins offensive, crass and disrespectful of elders.