Log in to download, or make sure to confirm your account via email
Ask a question
Reviews (11) History
Racked! is my attempt to redo the forcefeedback in Dirt Rally so only realistic* forces are felt on the wheel, with all the "for effect" stuff removed. I took the approach of trying to use the different FFB effects available to simulate a steering rack only. The result is pretty awesome!

Installation :
Extract the "forcefeedback" folder inside the zip into your games installation folder

Removal :
Extrace the "forcefeedback" folder from the "originals" folder inside the zip to your game's installation folder.


FFB in Dirt Rally can be split into two categories, Force and Effect.

Those in force are driven by physics and constantly updated in near-realtime. Effects are triggered by thresholds and play "samples" for very-short amounts of time.

The first 3 settings in the game are Force type :
Self Aligning Torque
SAT has only one setting and thats strength. Its driven directly by the physics engine and so how it functions doesn't really change between mods. Instead the below are set to effect SAT!

Wheel Friction
Simulates the stiffness of the steering rack (set to very light), and the varying resistances introduced by the power-steering system under extremes. Mostly effects SAT by varying the force through friction on the wheel. Also adds/removes friction according to surface type.

Tyre Friction
Simulates the wheels being forced to a new direction by the surface (such as bad landings, ditches etc) and also surface based sliding friction.

These settings should be lowered or increased as a set. If the wheel is generally too-stiff for your liking, lower these by 3-5% equally.


These are Effects. They are triggered by thresholds, and play samples (a wave amplitude to represent a vibration of a certain speed and sharpness)
Suspension
Simulates additional resistance to turning through extreme compression and VERY subtle underlying vibrations on rougher surfaces.

Collision
Unchanged from the original, just reduced in strength. 10-15% gives noticable vibrations but no clunking.

Any of these can be turned off completely or lowered dramatically.
It is important to note that Suspenion was reconfigured "in-file" and as a result needs to be set high to feel anything from it! I did this as suspension is the big clunker in Dirt Rally, and causes most of the wheel noise!


Start with these settings in-game (Workshop file coming when it lets me upload!) : 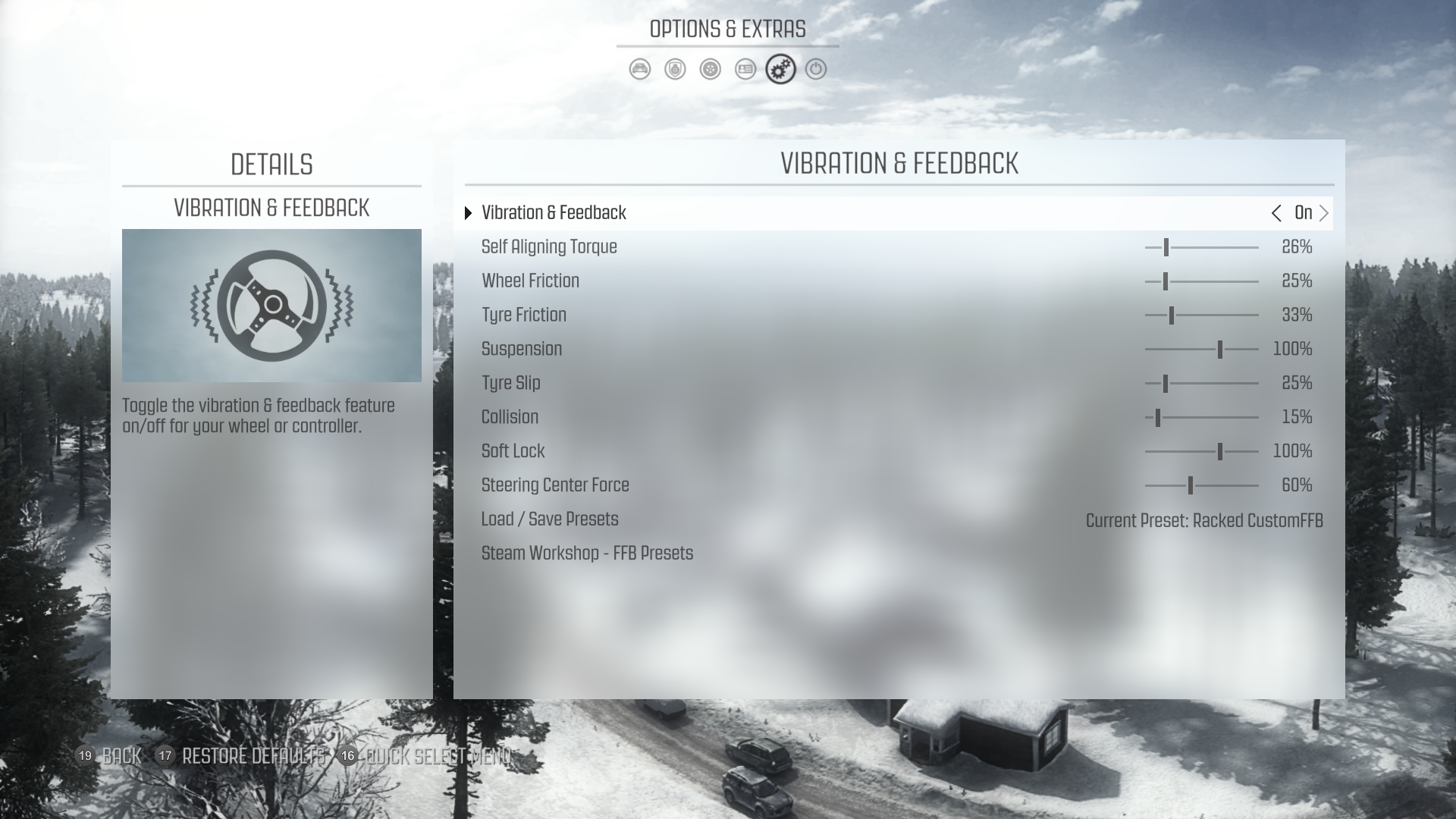 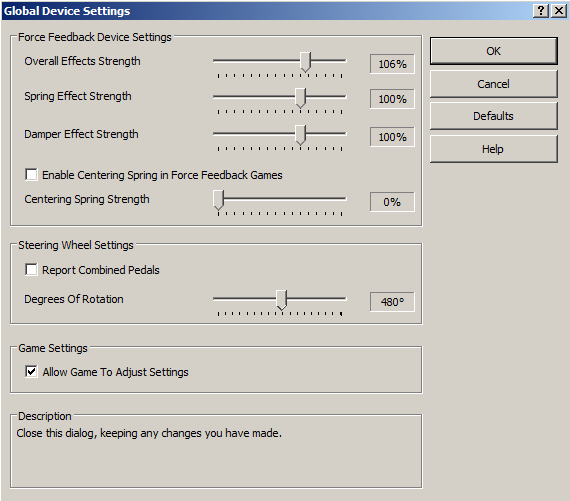 The result is a completely different feel to the game. What you mainly feel on the wheel is direct forces resulting from your driving, and "underneath" that you feel varying types and strengths of friction and vibration that are caused by the effects.

For those looking for a more "silent" FFB solution on their G27, this is for you. The wheel becomes almost completely silent.

I think people with the high-end wheels who find Impact a bit over-the-top will enjoy this too!

I prefer Impact v7 myself, but I thought I would release this anyway. As a result there may not be any updates

you can't really do ffb screenshots so : 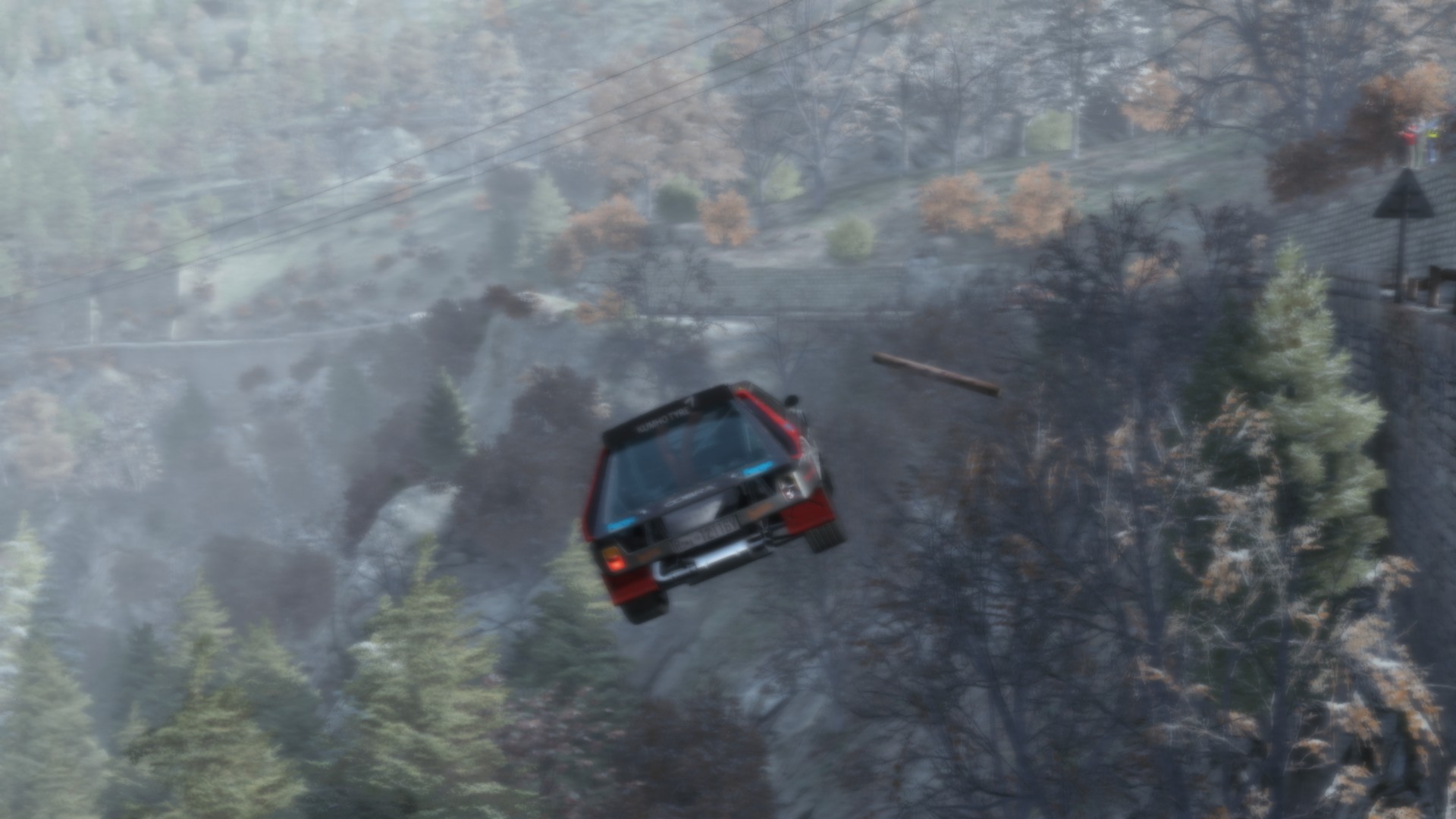 Excelent setup for the ffb. I had to probe two time but it is really good. Works fine with a T300.
Upvote 0
Doesn't work with m G29 I think its because I can't set the options in the Profiler... WI got a complete different Program... Is there any chance how I can mod this? maybe in the file some overall setings? Don't know what to change ^^^^
Upvote 0
bro can you help me please i use your ffb and he is amazing !! I ant to add the vibration from the nerve 2.2 FFB when you're in iddle when you accelerate can you help me ? Thanks so much !
Upvote 0
amazing
Upvote 0
Very nice. I haven't even fine tuned it and already I can feel the difference in Germany. It actually increased my driving precision on asphalt a lot.
Upvote 0
Prefer this over Impact. Just upped the self aligning torque a bit.
Upvote 0
Yes, game changer for me to. Especially on everything.
Now game is complete in ffb-wise. Thank you!
Upvote 0
Thanks a lot!!! Codemaster should hire you ASAP!!! A game changer for me. Especially on tarmac.
Upvote 0
Much better feel than impact7. In a car with power steering, the power steering actually dampens the forces on the wheel. It feels similar to when I did a loose dirt/tarmac rally exhibition a few years ago in a BMW 635csi with power steering a few years ago!
I use around 40% instead of the values around 25%, feels solid and responsive!
Upvote 0
I didn't like Impact7 (too much wheel rattle for me) but this is just perfect. A little tame maybe, so I increased the "Self alighning Torque" with 10% and now I love it.
Upvote 0
Wow this is actually really really good!

The settings you provided are a bit on the light side for me so I'm yet to adjust them to my liking but I can feel the difference. I can drive way better with this, seems a lot more realistic and doesn't give me misleading feedback like the default game/impact tends to.

Stoked you chose to release this. Can't wait to dial this in 100% to my liking. Thank you muchly!!
Upvote 0
Read more…