Log in to download, or make sure to confirm your account via email
Ask a question
Reviews (9) History
The BLACK FALCON Team TMD Friction #57 Porsche 911 driven by Manuel Metzger, Aurel Schoeller and "Takis" in the 2018 VLN championship: 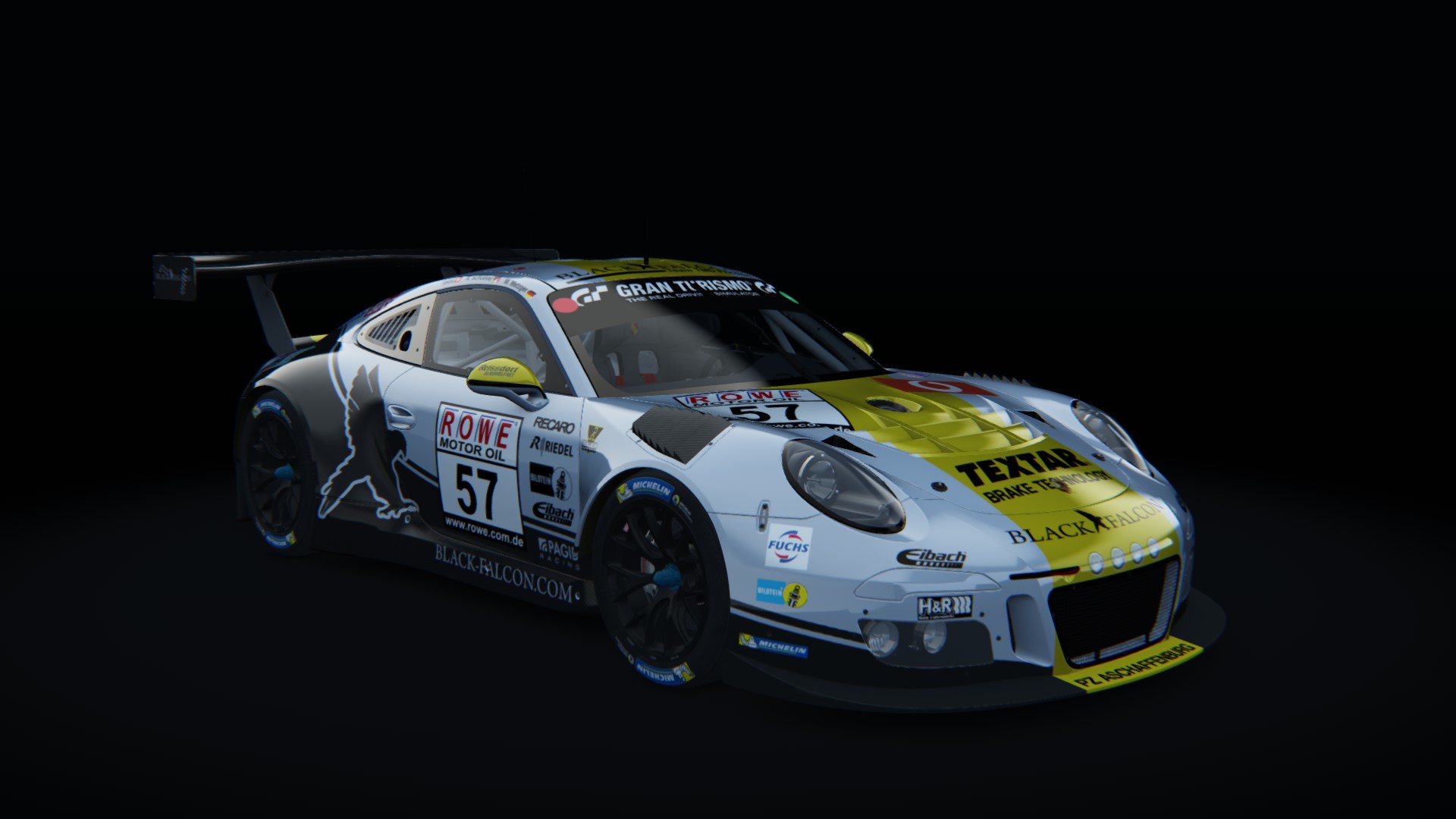 This particular livery is based on the VLN #1 version of this car (I think they did some driver changes in the following events). 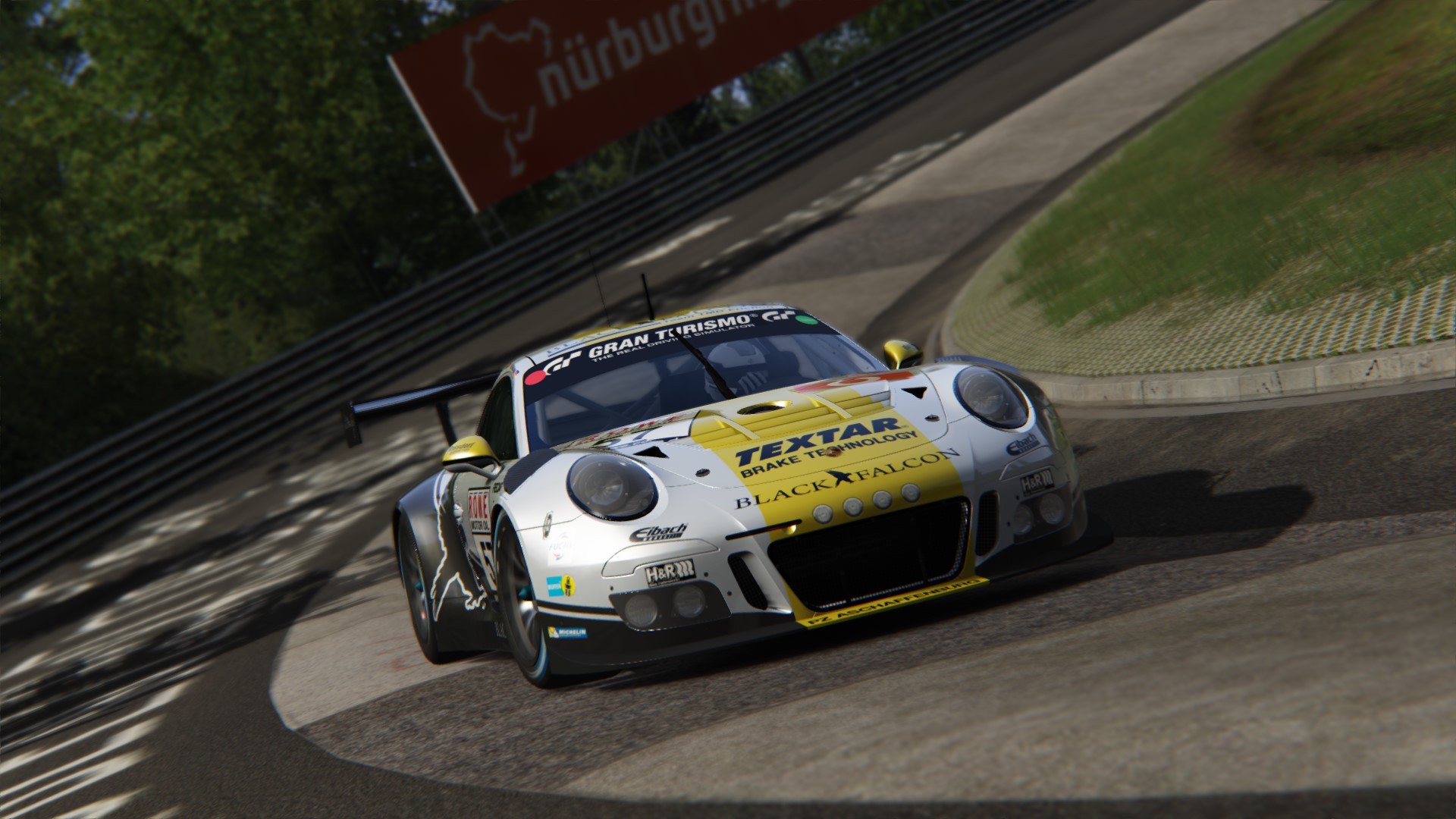 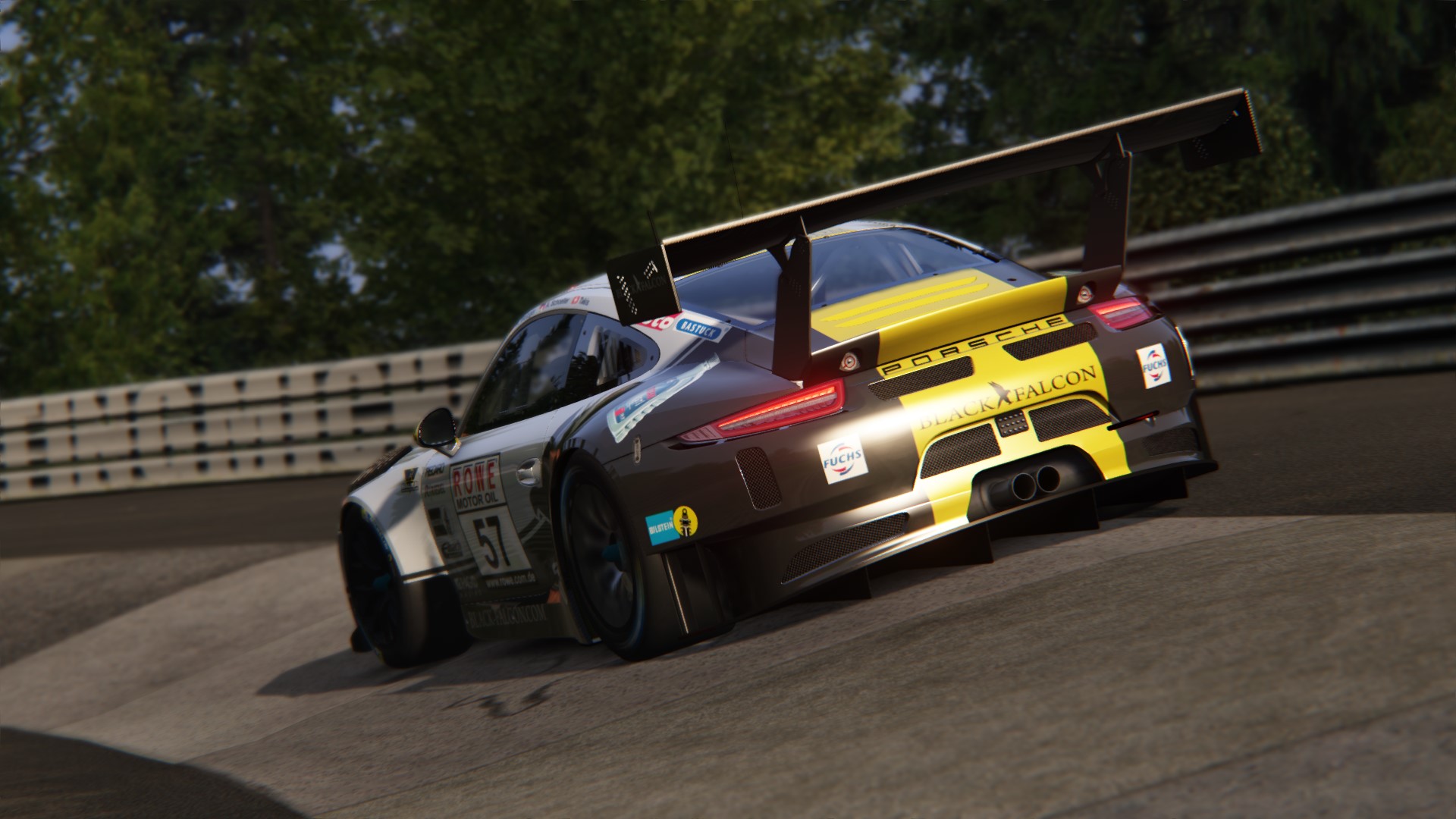 NOTE: I know, the actual #57 Porsche isn't a GT3 class car. It is actually a 911 GT3 Cup MR II...which is not available in AC unfortunately. So I had to choose between the regular Cup version and the GT3 R and went for the latter.
Reason #1: The appearance of the front bumper of the GT3 R fits better to the real car
Reason #2: I'm not that interested in driving the cup car

Hence, if you are only interested in 100% realistic replica skins, this one probably isn't one for you, sorry.
Reactions: Maxx Power, Adyl, AlexBfromG and 7 others