Took a Piaggio Ape three-wheeled motorcar. Trash all but the cab.
Build a pseudo-random tubular frame around it.
Secure somehow a Hornet 600 engine on it.
Done, enjoy the power.

Started as a real fast start-to-end project, I became more and more involved in it.
Physics speaking, is sitting nicely in the middle of rear behavior and fun.
With its huge rear slicks and stupid swing suspensions, and only a scooter wheel to steer it, you can expect no steering at all, then sudden extra oversteer, yet controllable.

Extra work was put on animations, suspensions ones, and handlebar.
It obviously has a 1:1 steer ratio, in reality, being basically a fork. But, to give it some kind of driveability, I decided to go with a more relaxing 8:1 ratio. Said that I had to animate the handlebar differently from the input wheel. So, I went using extra animations.

No LODS at this point.

thanks to @Cauri Design for some skins.
and @Giuseppe Abagnale for physics review. 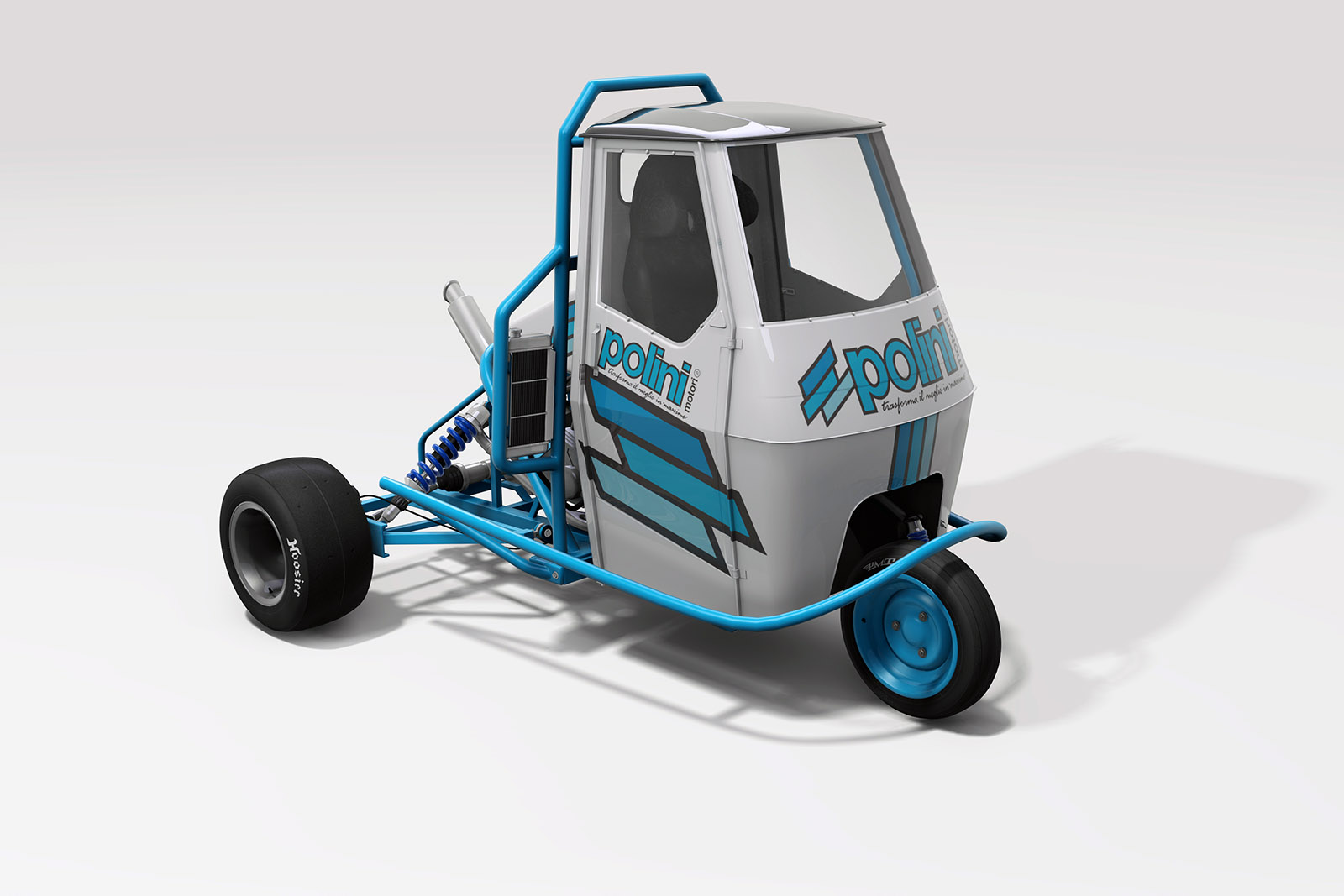 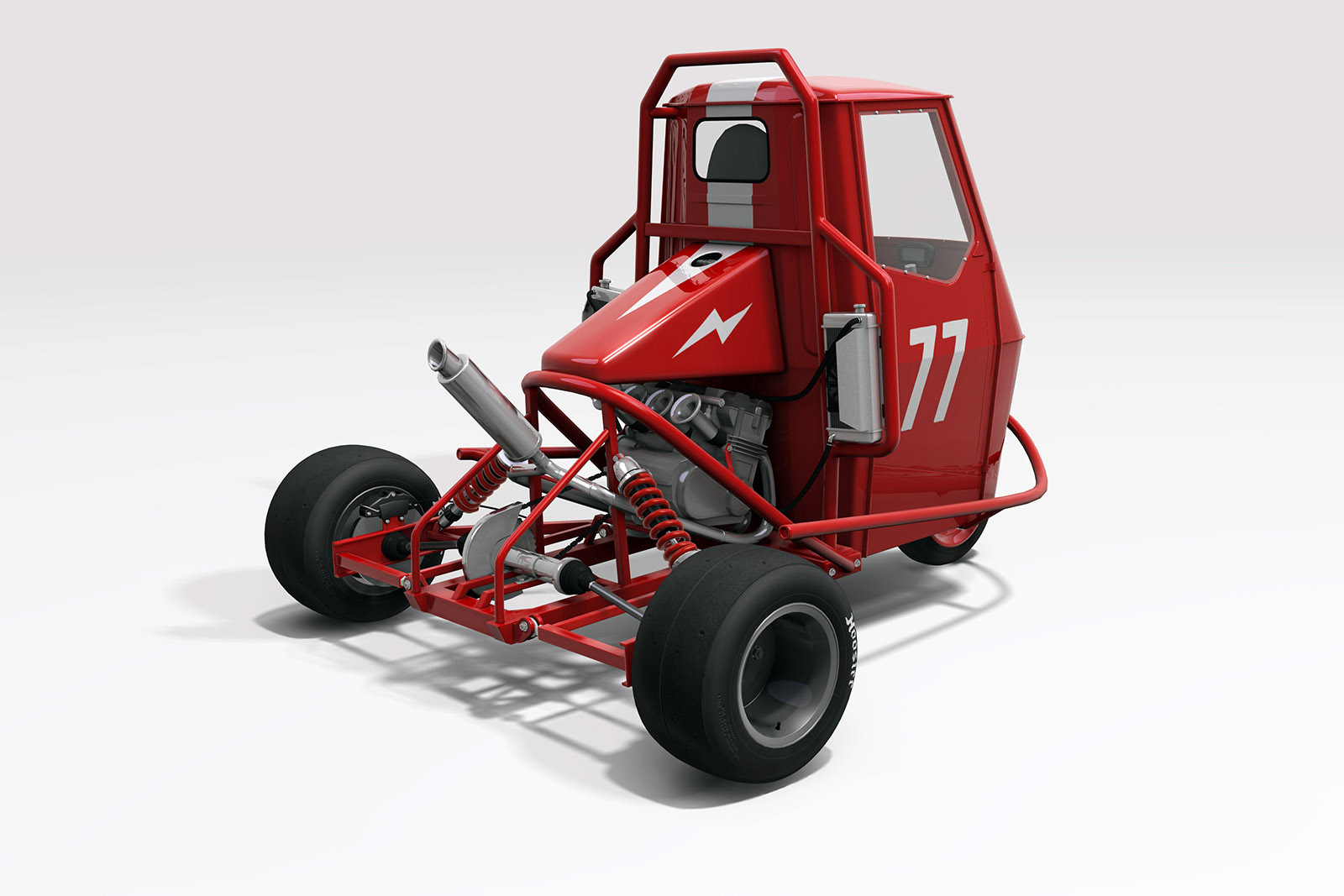 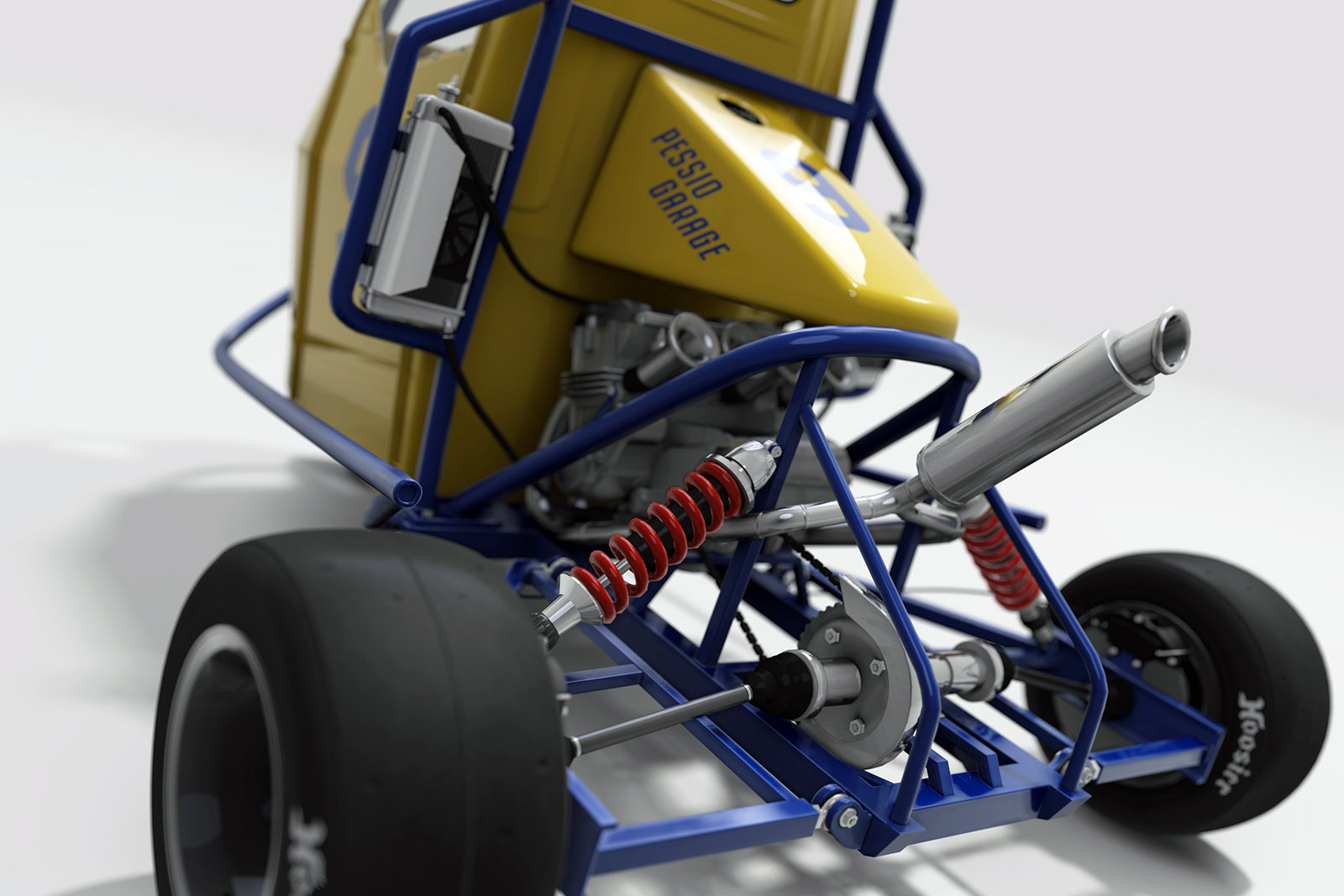 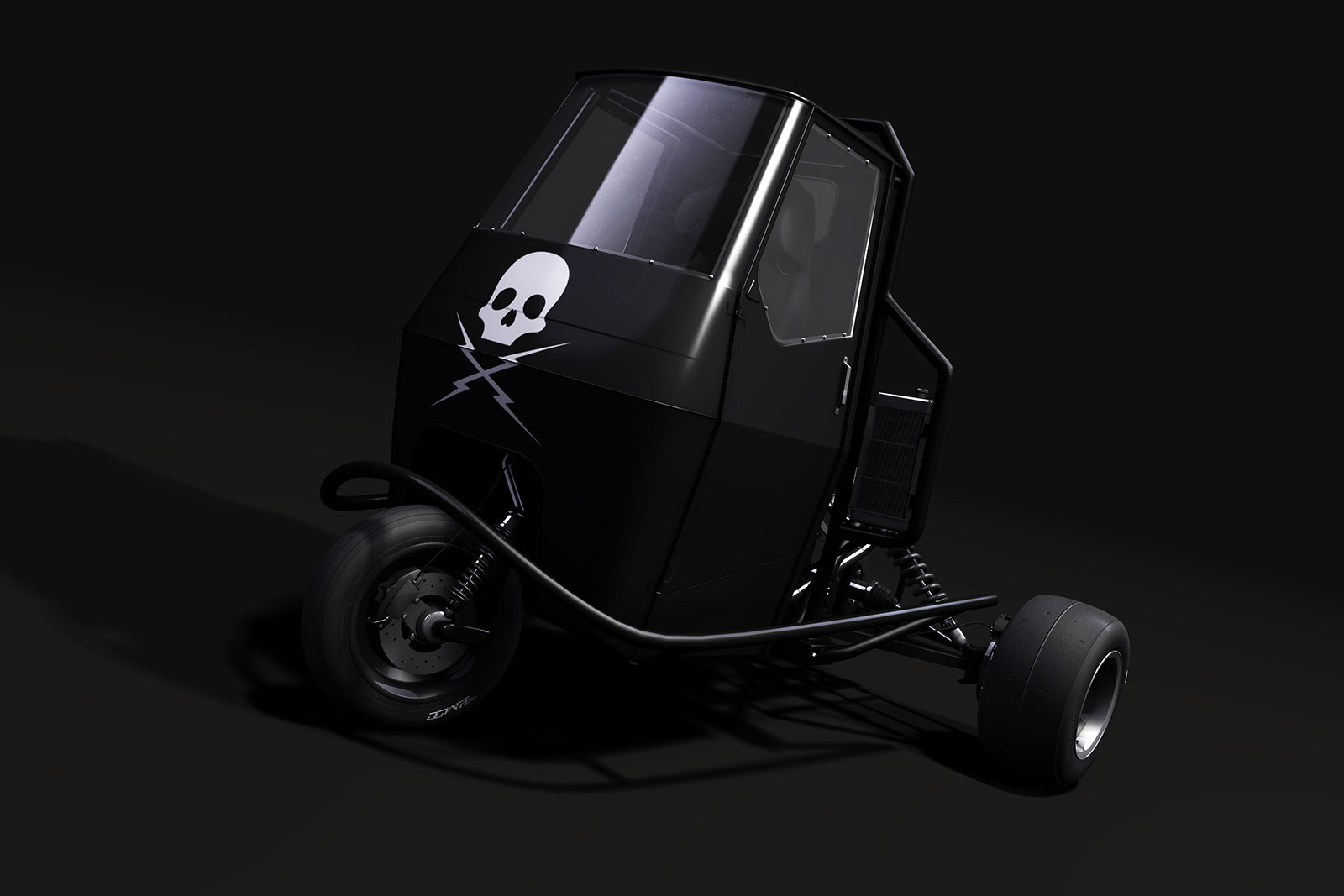 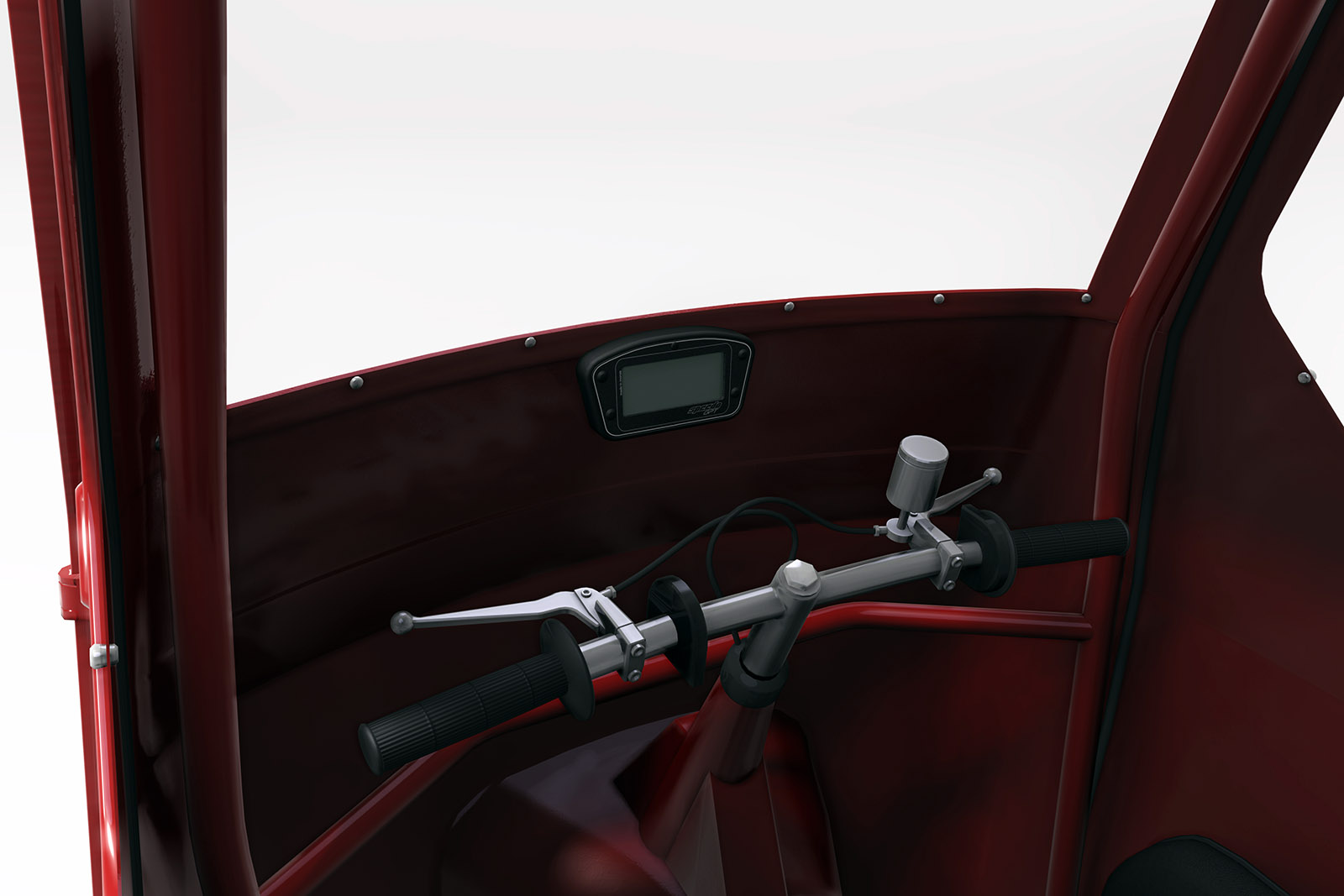 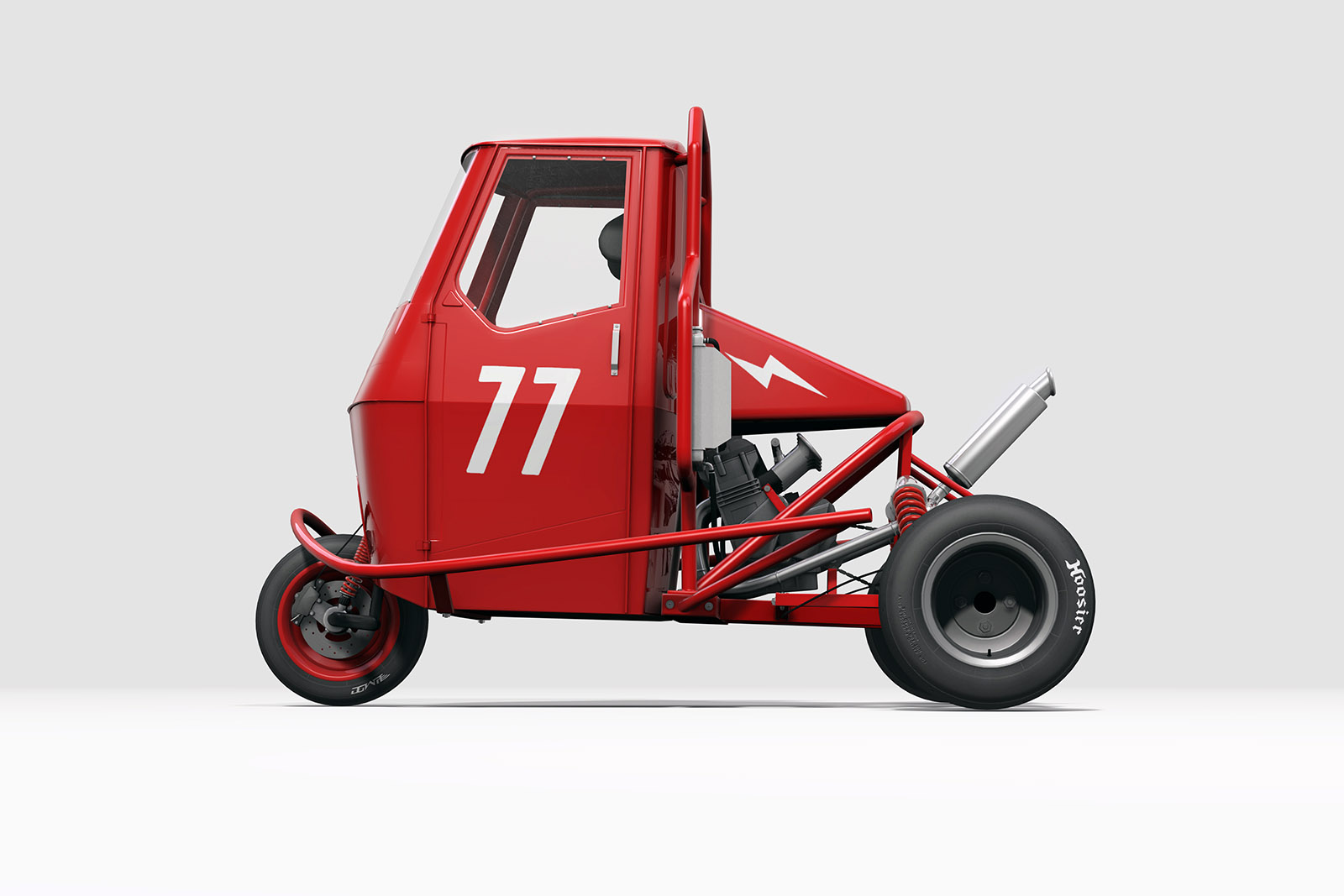 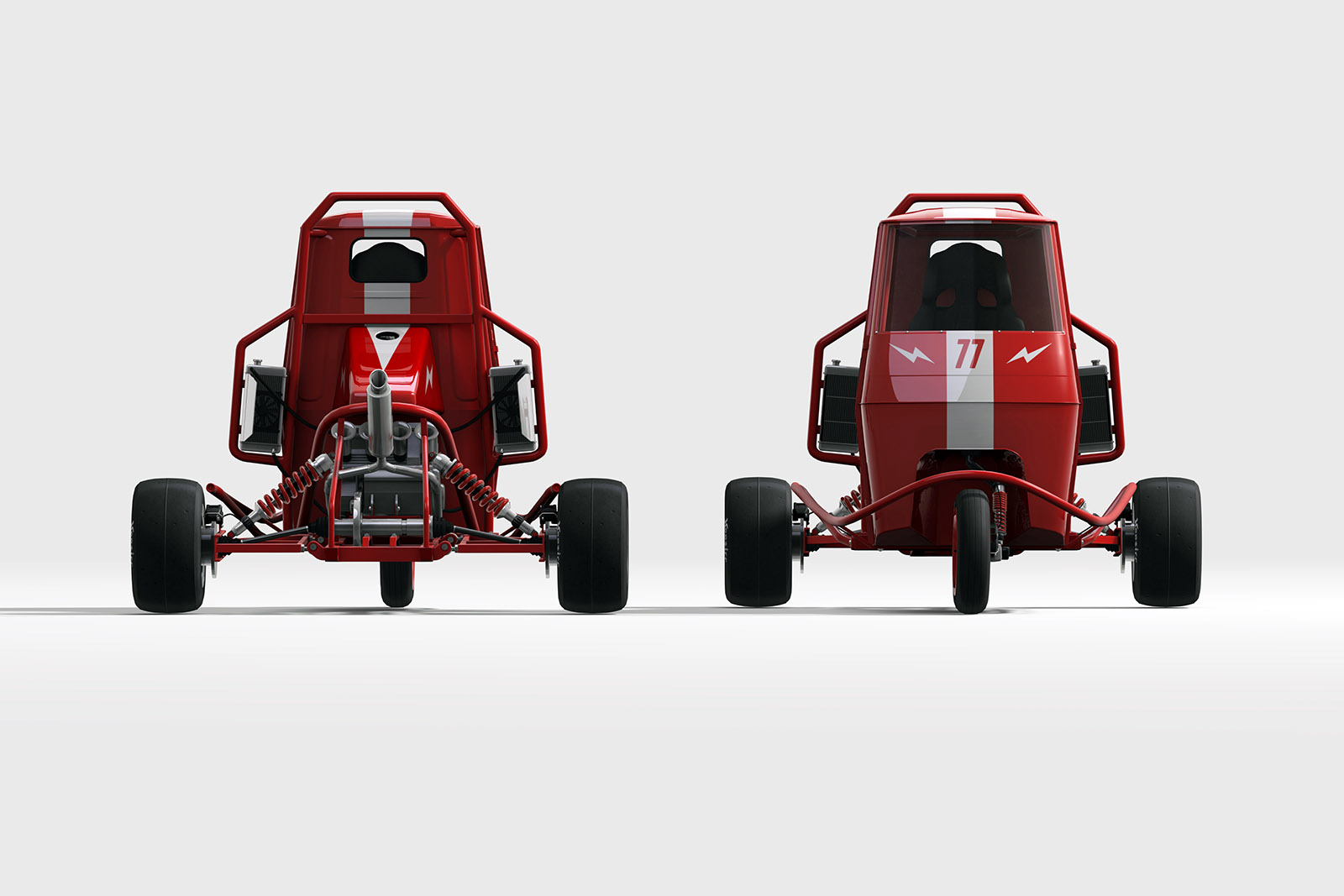 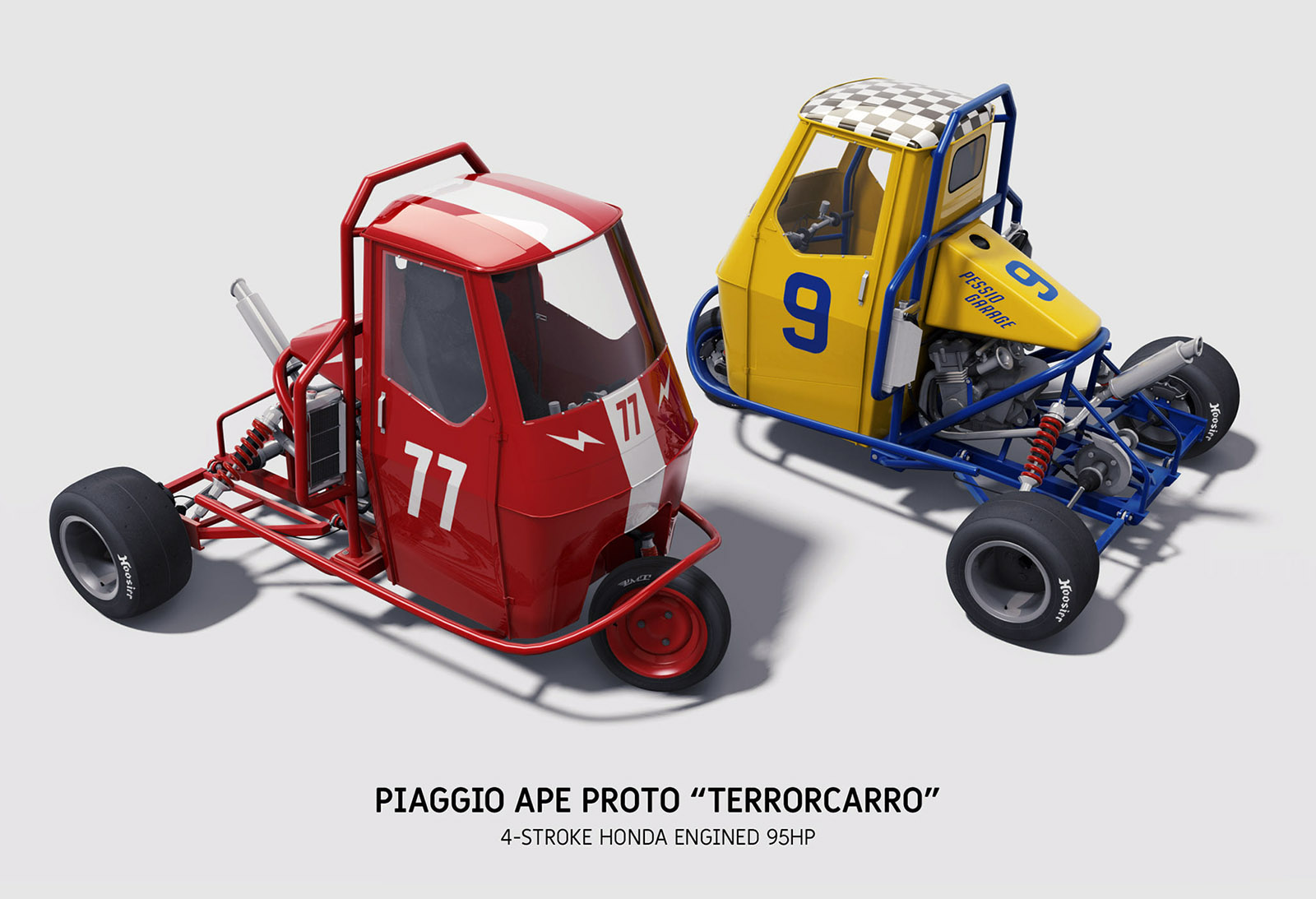 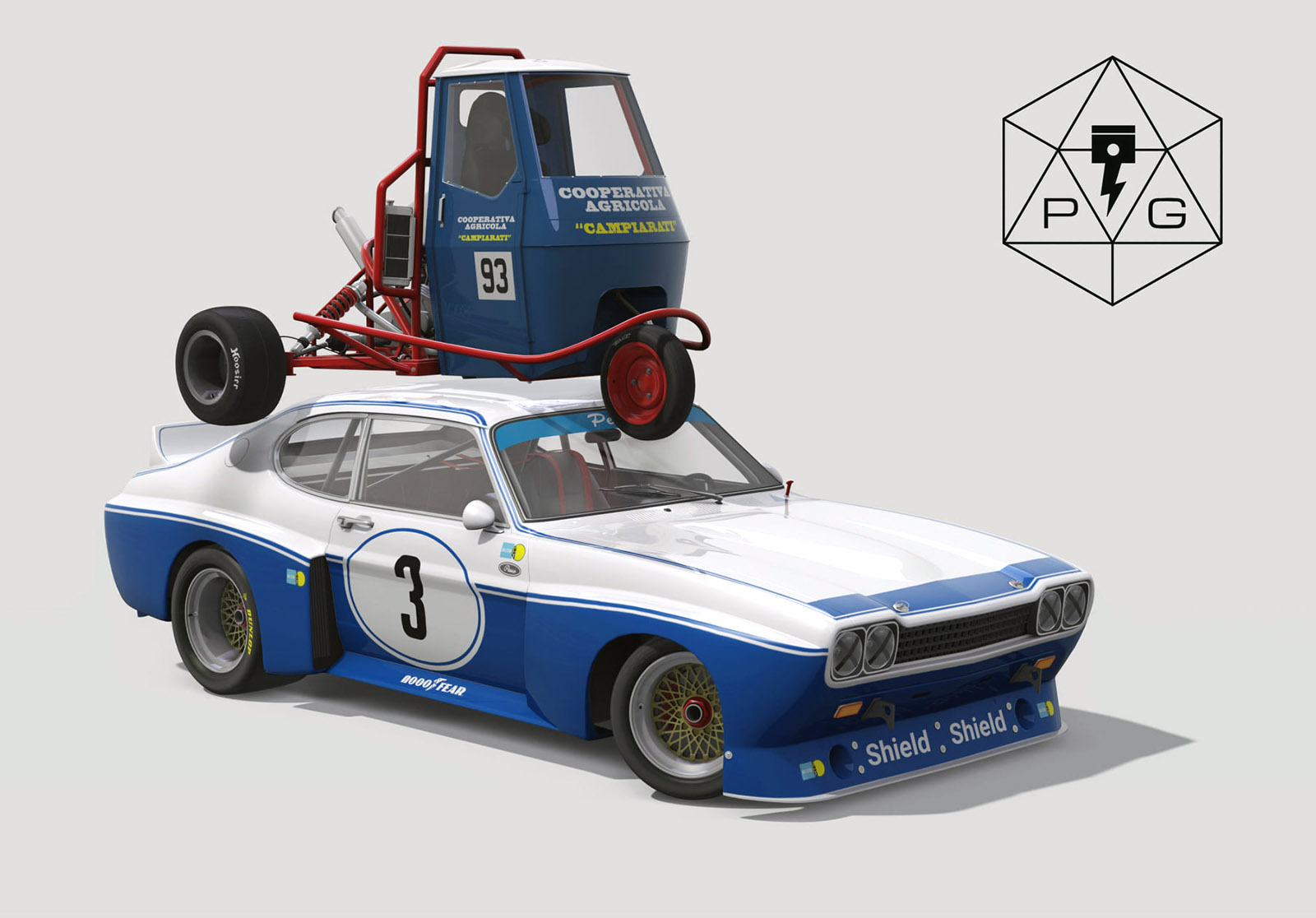