Log in to download, or make sure to confirm your account via email
Ask a question
Reviews (2) History
This is a livery that's quite special to me, but before I get into it a huge thanks to MrB00 (aka krissboo) for recreating this livery for me in AC.

Now onto the livery itself, I used to use this livery for online racing in Gran Turismo Sport, and it was probably my favourite car/livery in the game. Ok, maybe it was tied with my Ferrari, but this one was pretty special nonetheless. Got a couple podiums with this one (never a win, unfortunately.) and I had a blast racing online with it. 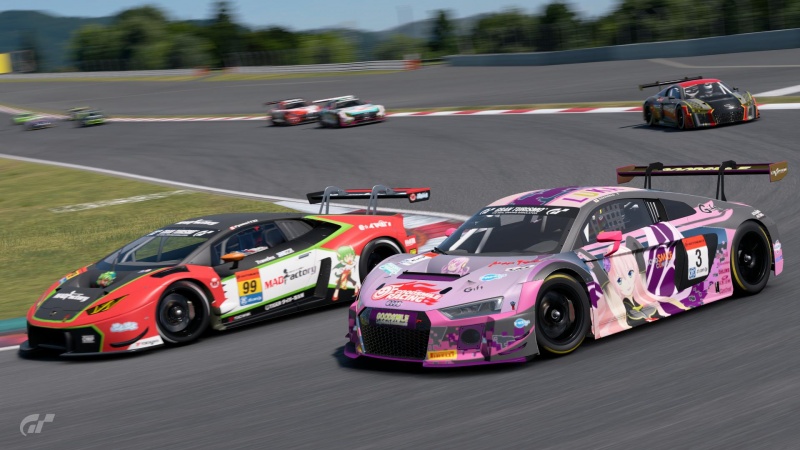 The livery itself is a bit of a ripoff of the Barwell Huracan, or at least one of them anyways, and it features a Japanese autoshop named MadFactory as the primary sponsor. The character on the side is Draco from Puyo Pop, a game I used to play all the time on the gamecube. The red Puyo can be found on the livery in different places.

Well, without further ado, here's she is in all her glory on AC. 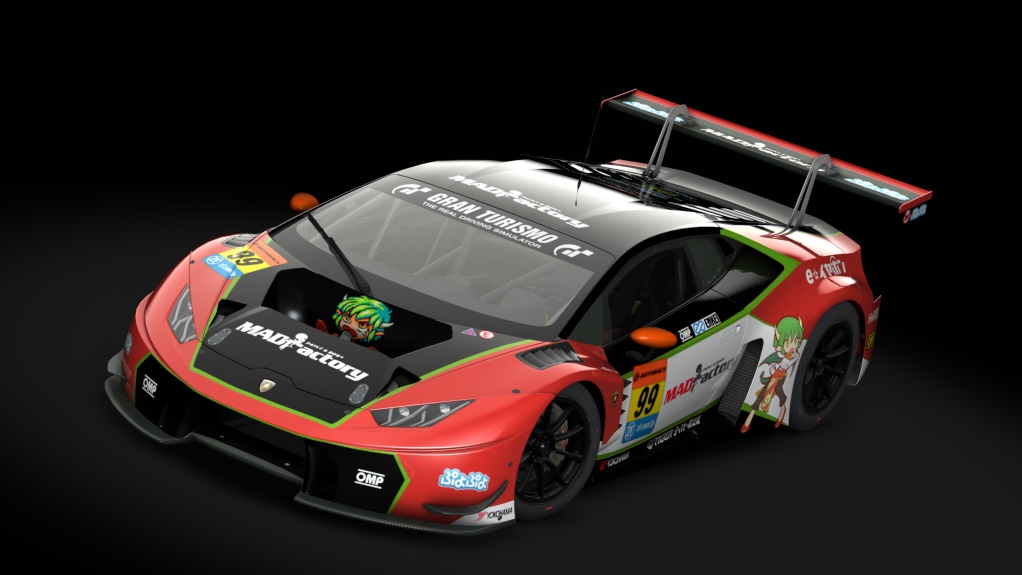 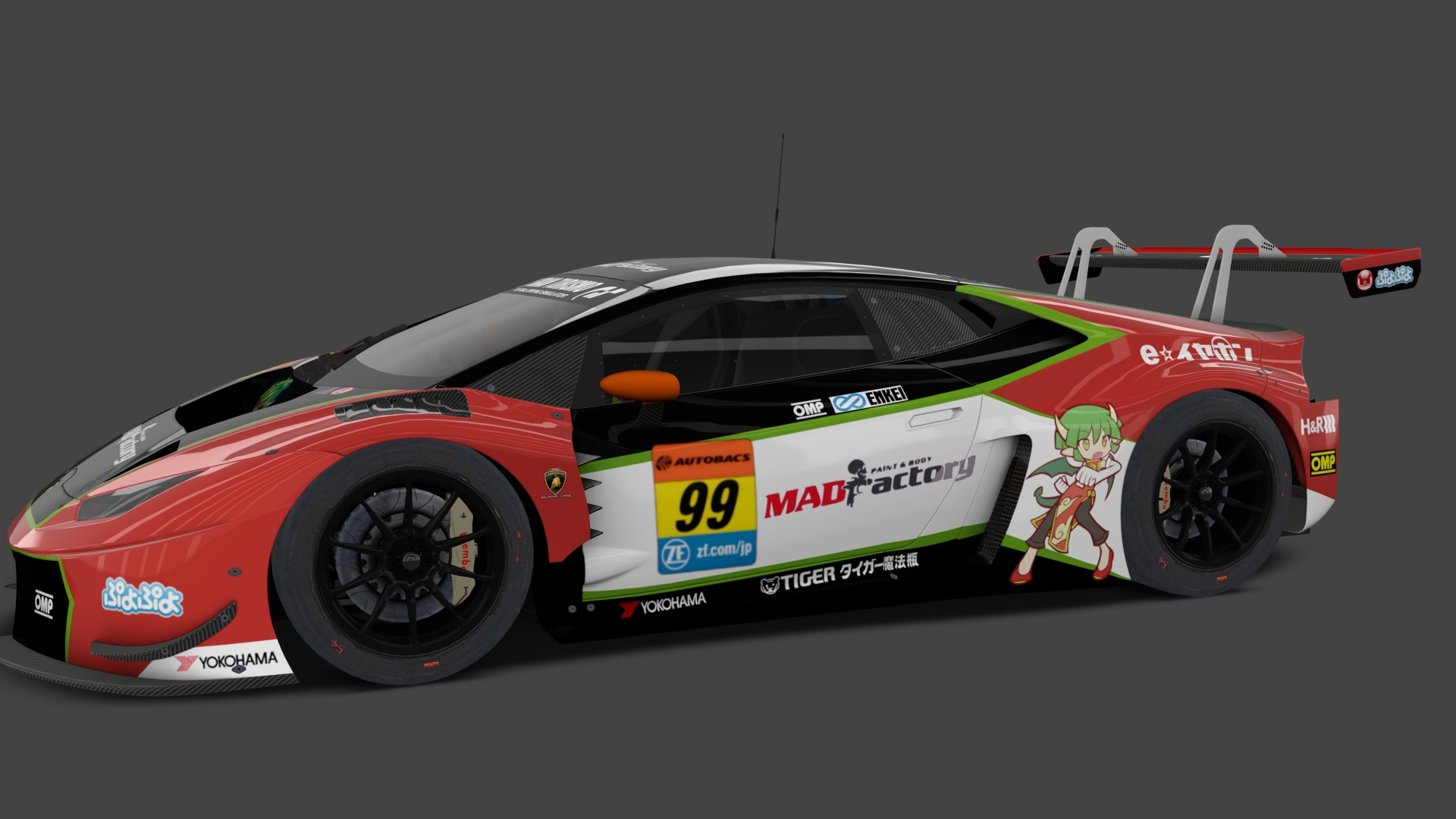 Thought I'd pop by and drop you some stars to boost this one up a bit (shameless self promo lol) but as always this one was a pleasure to make for you buddy. Looking forward to the next project :)
Upvote 0
That looks cool & fitting for SGT. But what is that pink livery on the Audi R8 GT3? & where can i get it?

MrWaflz55
Thanks for the review. That first image is a picture from Gran Turismo, so it’s not available for AC. If you own Gran Turismo I can see about finding the link for you.
Upvote 0
Read more…