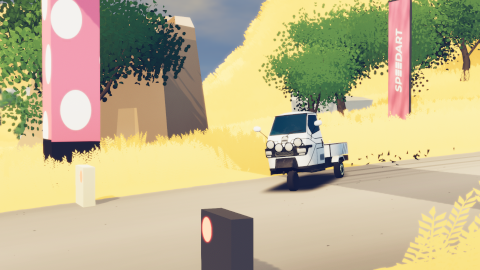 "An Italian motorcycle company saw real potential for rally on one of their most famous tree wheeler, the little ape.
They decided it would be the new benchmark for rally performance, with it's own group called ZONE for driving focus.
This "vehicle" would have some kind of space tech engine mounted on the back. Some even believed it would fly.
However, still midway through the engine's development, the engineers found that it would produce MASSIVE amounts of heat.
Once they got into developing the cooling system they got so focused on it... that they run out of money to develop the engine.
The vehicle ended up an under powered, very well cooled down, three wheeler. They did however started carrying fish in them with great success."

There is 13 files, with different color schemes inside every folder. 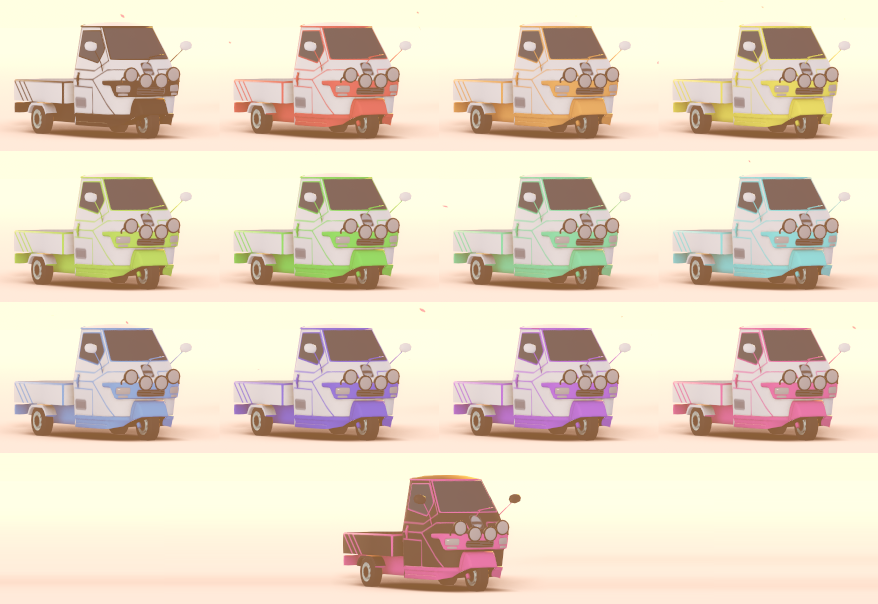 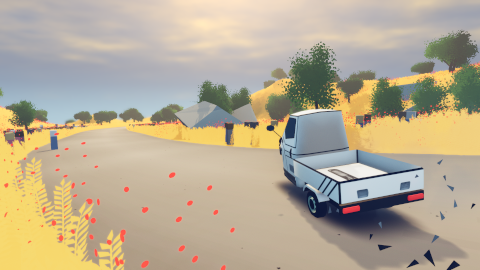 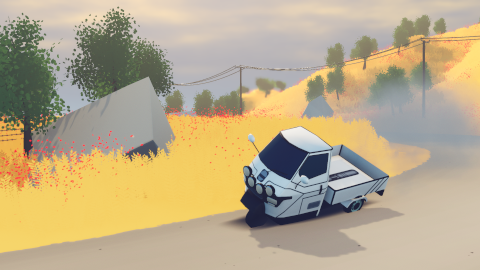 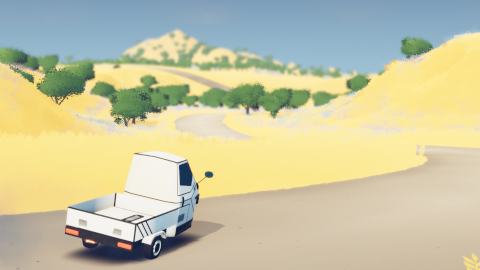