Log in to download, or make sure to confirm your account via email
Overview Updates (6) Reviews (77) History Discussion
Lausitzring for Assetto Corsa By TM-Modding - Conversion from rFactor 2 with permission from original author Digga (SRT).

Track features:
Credits:
Installation:
IF YOU HAVE ISSUES WITH TRACK CRASHING TO DESKTOP TRY TO TURN OFF MERGE MESHES IN CM/CSP CONFIG! 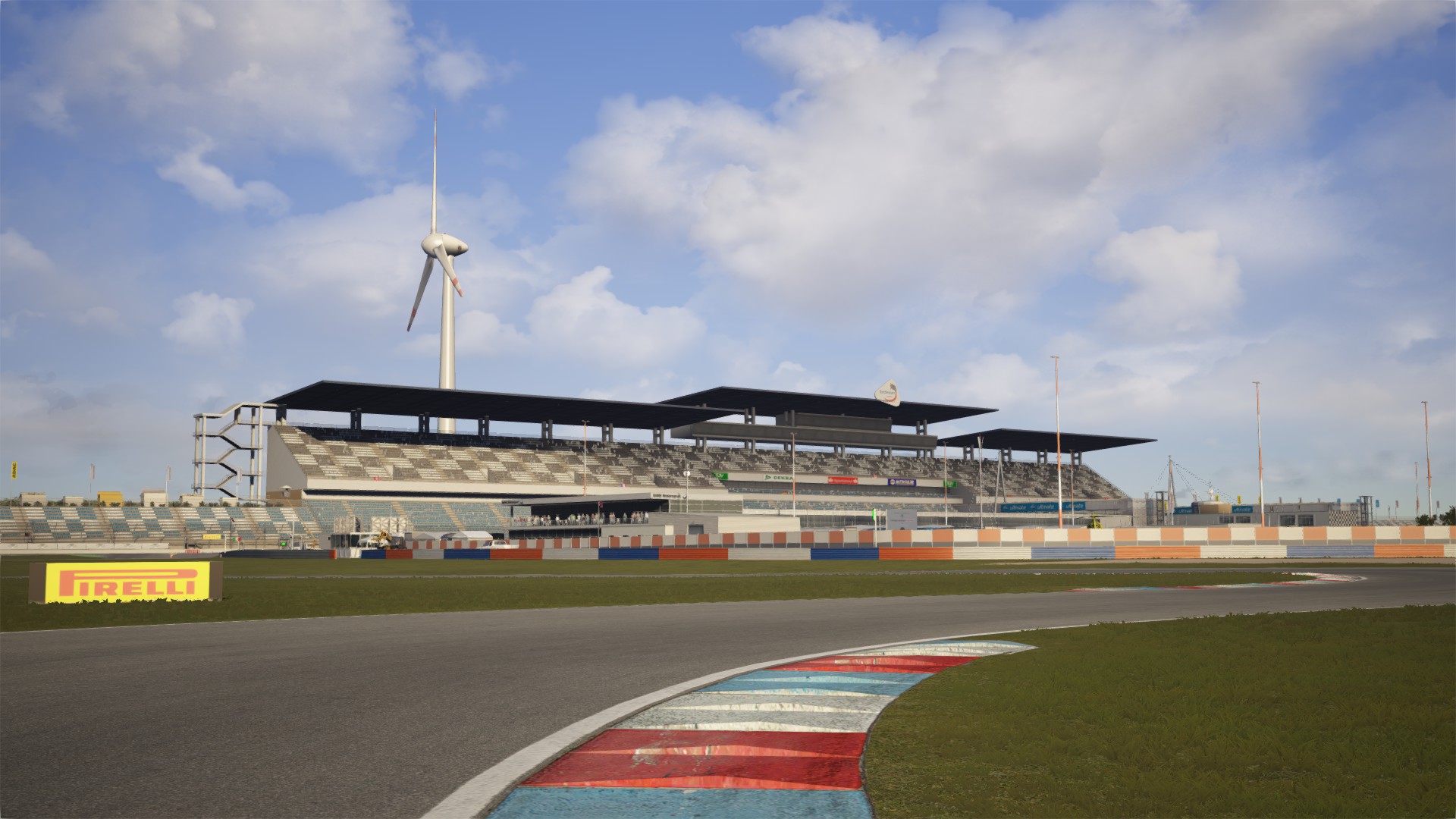 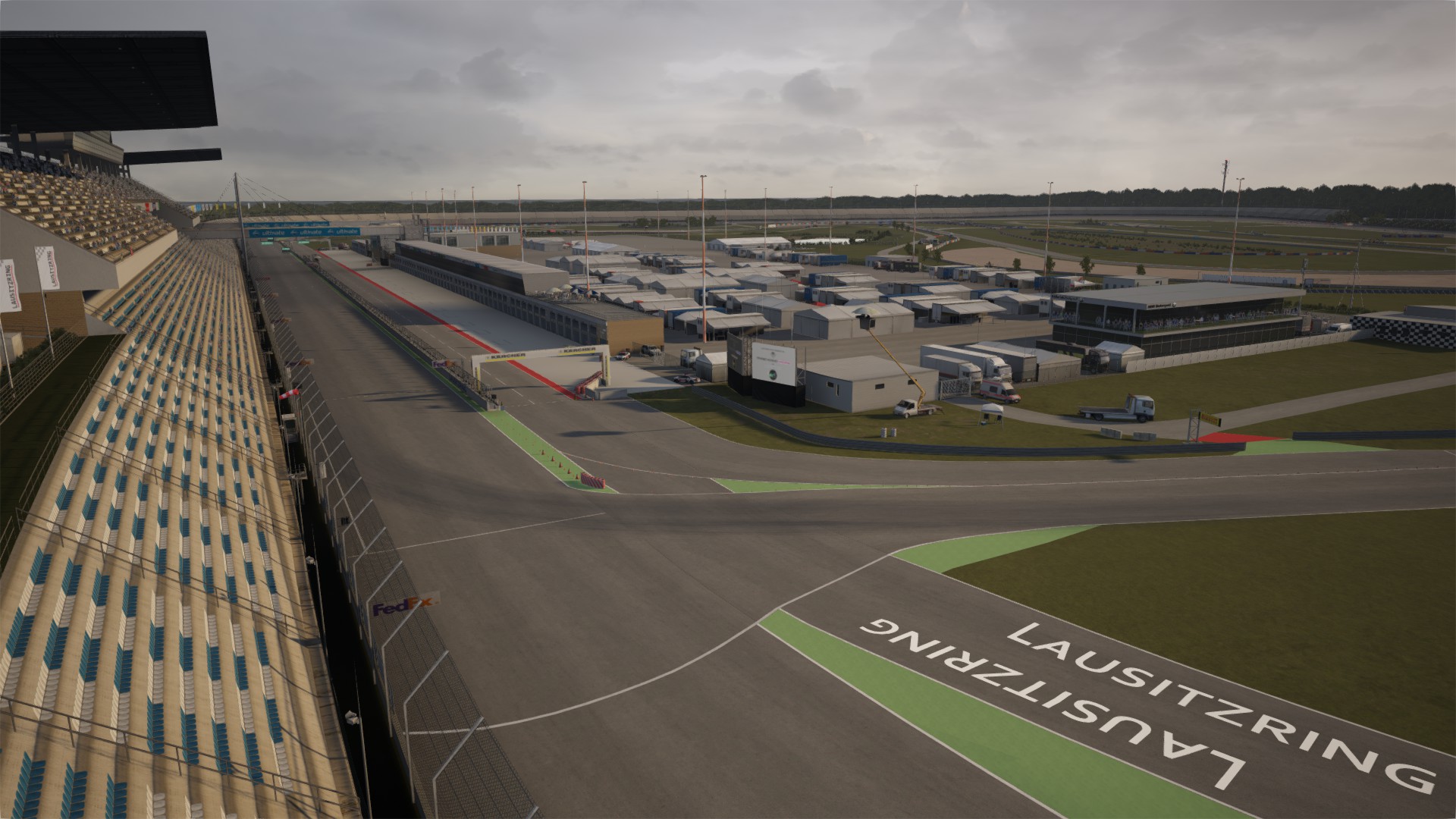 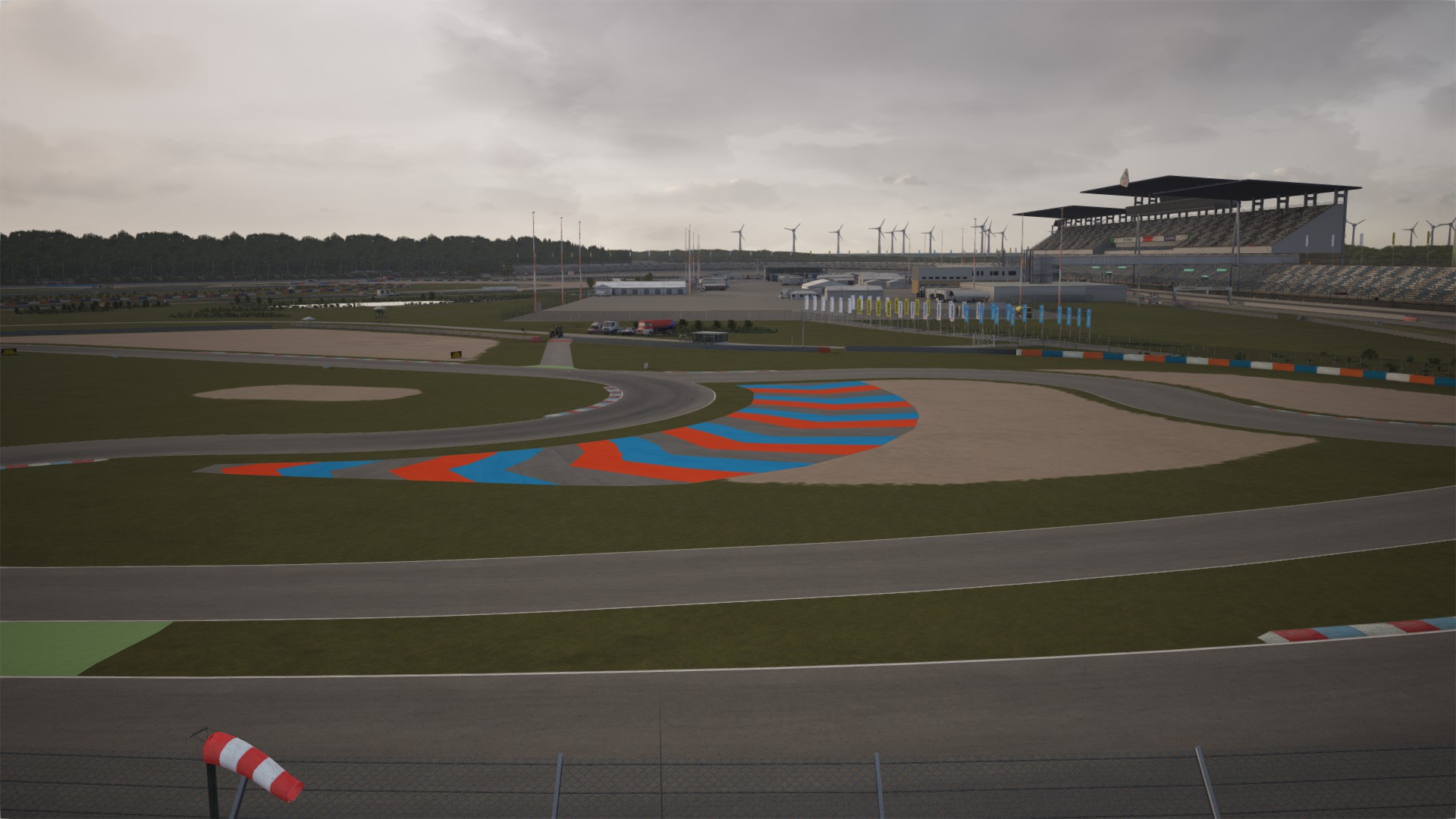 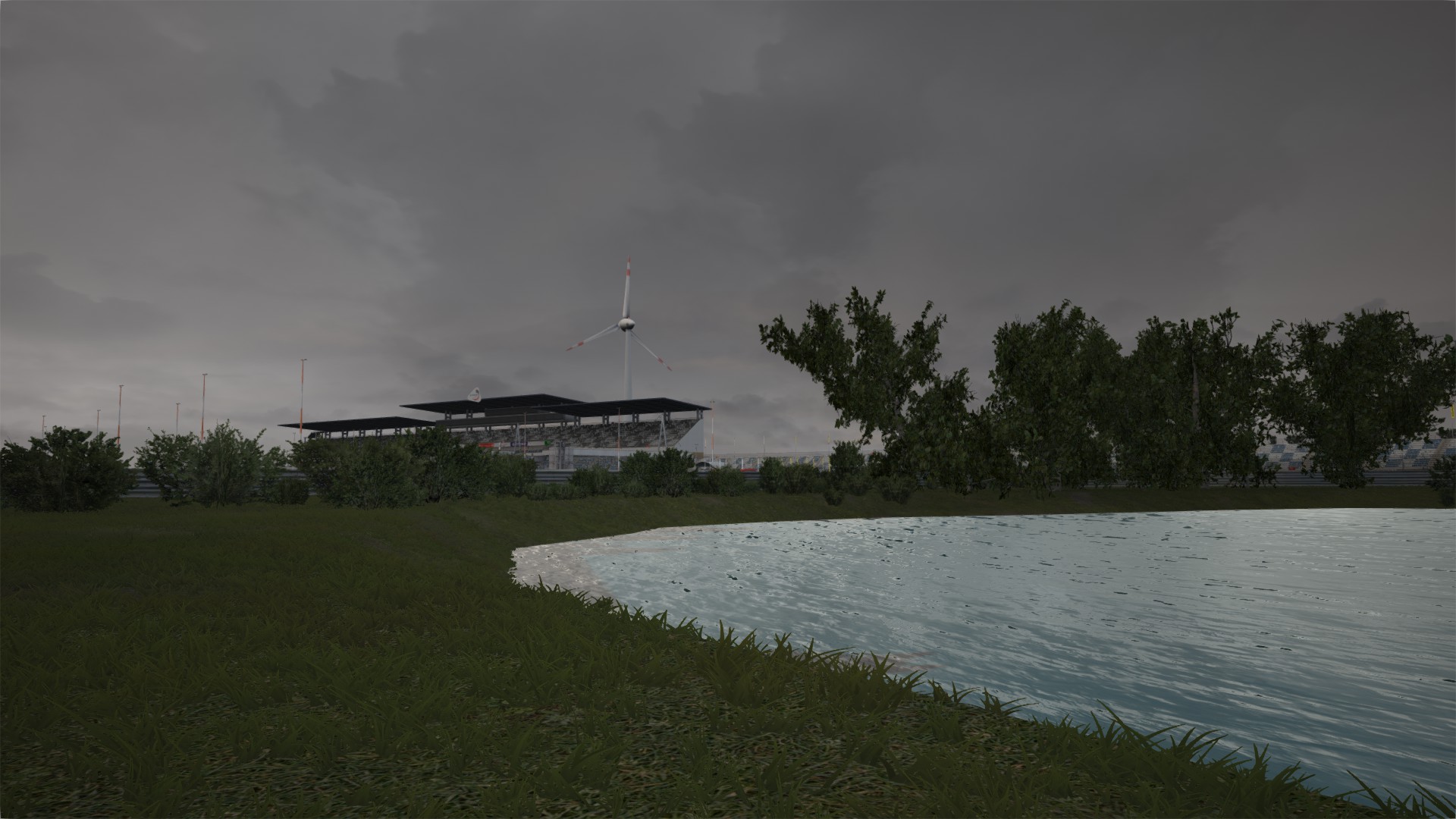 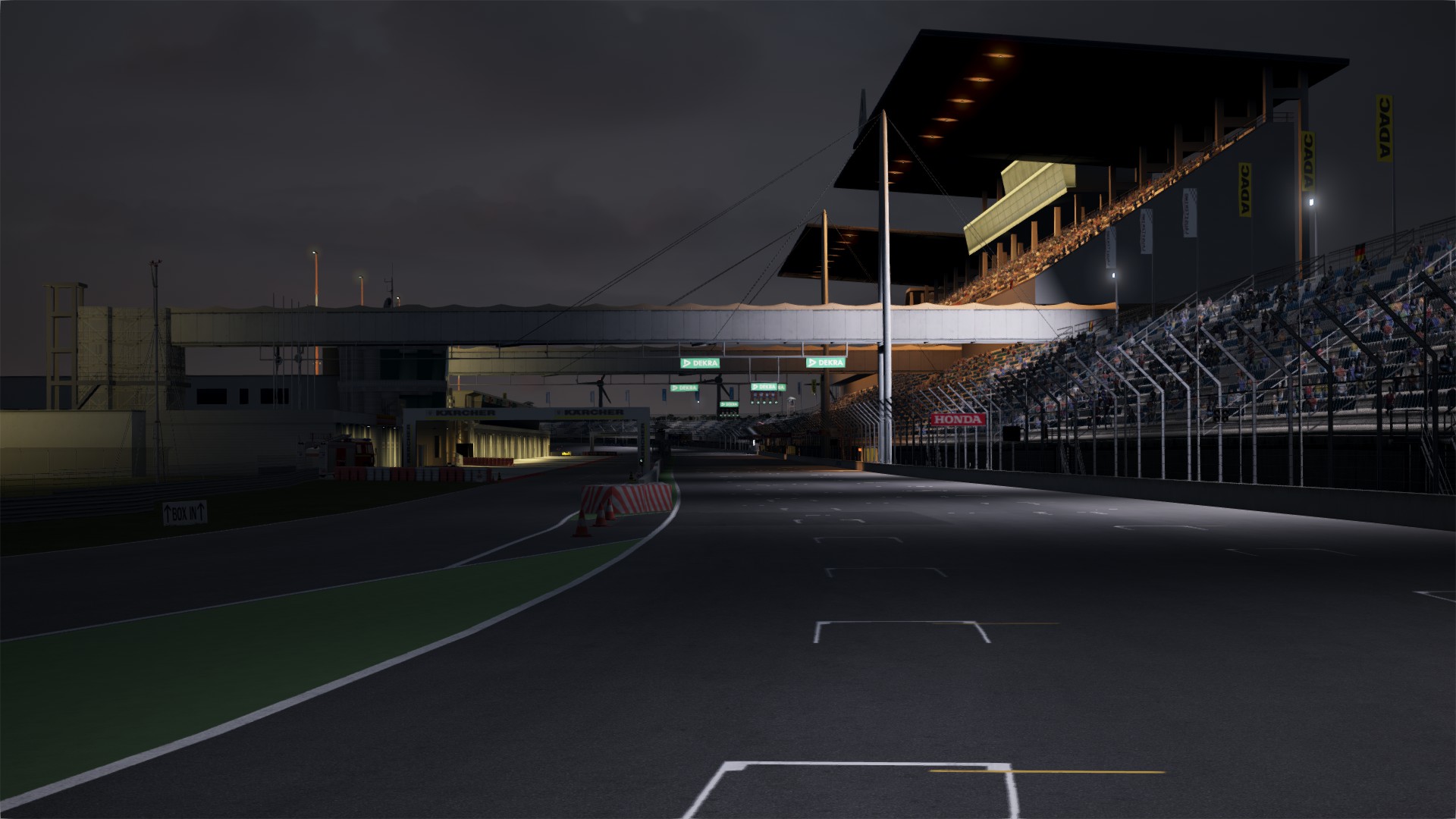 in the beginning i was sceptical because of the bumps,
i even compared it to a motocross track.

But when the other more knowledgeable drivers say its true to reality??

Well, i guess its in the "neuen Bundesländern".

( The five new states which were reunited to the Federal Republic auf germany in 1989.
In the beginning they had a reputation for extremely bumpy roads, some
say in the biggest potholes you could find forgotten russian tanks ;-)

Today the roads are much nicer than in the old states because all roadbuilding budget went east)
Perfect track!
It was good but now it's crashing, don't know why. can you fix it?

Fuzo
delete ext_config.ini in extension directory of the track and it should work.
great job but crashes with new versions of csp
Amazing track! Having so much fun with the 911 Cup! Really great work
What a quality, what a visual. Great great track !
It was a great track but now the game crashes every time I select it. I have sol 1.5.1 and CSP 0.1.52. Please fix it, thank you!!

Fuzo
if you have some issues this is not exactly the place for support. Go to discussion and provide some more details than "game crashes", provide some logs, some basic trouble shooting results, and I will look on it.
One of the best tracks for AC
Excellent, thank you!
great, thank you !
Great track! Probably one of the best ovals to race against the AI, although at the exit of T1 (oval) the gap in the wall causes some really nasty crashes. Will that get fixed? Other than that, the track is great

Fuzo
please if you have some replay or video of the issue send it to me via PM
Nice conversion, quite detailed track surface.
It's not one of my favorite tracks, but this version is possibly the best it can get on AC
thanks
Looks great, feels great, well optimised, windmills are nicely detailed too. Really happy with this, thanks ;-)
Thanks for all of your work on this. Great job!
Top work.
Great Details!
But the big wind turbine is rotating in the wrong direction. ;-)

Fuzo
maybe the wind was blowing the wrong way :D but seriously, when x4fab will make some fixes I requested from him I will review the whole wind part and make it more accurate :)
fantastic track, really awesome with the URD DTM mod, AI are fast too
Superb improvements! The new main wind turbine looks identical to the real one now - a gazillion times better!
Top job, many thanks.
(Love the slowly-rotating droopy blades on the helicopter too. Lovely detail. Makes the one in the field at Spa look positively amateurish by comparison).
Great work, would like to give you an extra star for the revolving wind mill, brilliant! I hope we get those to work in Zolder.
Solid work, thank you.
Great job. Animated track objects really makes the track feel more alive!
<3
Thanks for the 1.3. Please, a wet version for your tracks.
Read more…
66 comments
AMS 2 | Update Delayed Until August 11th - New Silverstone Previews
17 comments
F1 2020 | A Guide To ERS Management
22 comments
RD Review | SimLab Owner? Check Out The Apex Sim Racing SimLab P1 Dash Pods
100 comments
2020 70th Anniversary Grand Prix
51 comments
BREAKING NEWS | Racing Point Docked Points Due To Mercedes Copygate Protest