Log in to download, or make sure to confirm your account via email
Overview Reviews (19) History Discussion
About the Game
Azur Lane (碧蓝航线) is a Chinese mobile game developed by Manjuu and Yongshi, published by bilibili for both iOS and Android. the game is about personification of WW ships, mostly from WWII. Service began on May 25th, 2017 for iOS and June 2nd, 2017 for Android.

Japanese version (アズールレーン) published by Yostar and opened up on September 14th, 2017 for both iOS and Android.

the Japanese version itself has reached a massive success despite implemented just in a month in Japan and still growing until now, as it's achieved top 5 of 2017 Google Best Games in Japan.

About the Character
Illustrious is personification of British Royal Navy's Aircraft Carrier, HMS Illustrious (87). Built before WWII. nicknamed "Lusty". she was the lead ship of her class and the only shipgril from Illustrious class implemented ingame so far. Her first assignment after completion and working up was with the Mediterranean Fleet, in which her aircraft's most notable achievement was sinking one Italian battleship and badly damaging two others during the Battle of Taranto in late 1940. (source : Wiki)

Details and Credits
- the skin is only in 4096.
- drop the skin folder to the content\cars.
- if there's any issue let me know
- credits : かえで and Azur Lane (official art), waifu2x.udp.jp (art upscaling).

the skin is free. however, If you feel that my work is worth a donation, feel free to donate. even a cup of coffee is much appreciated 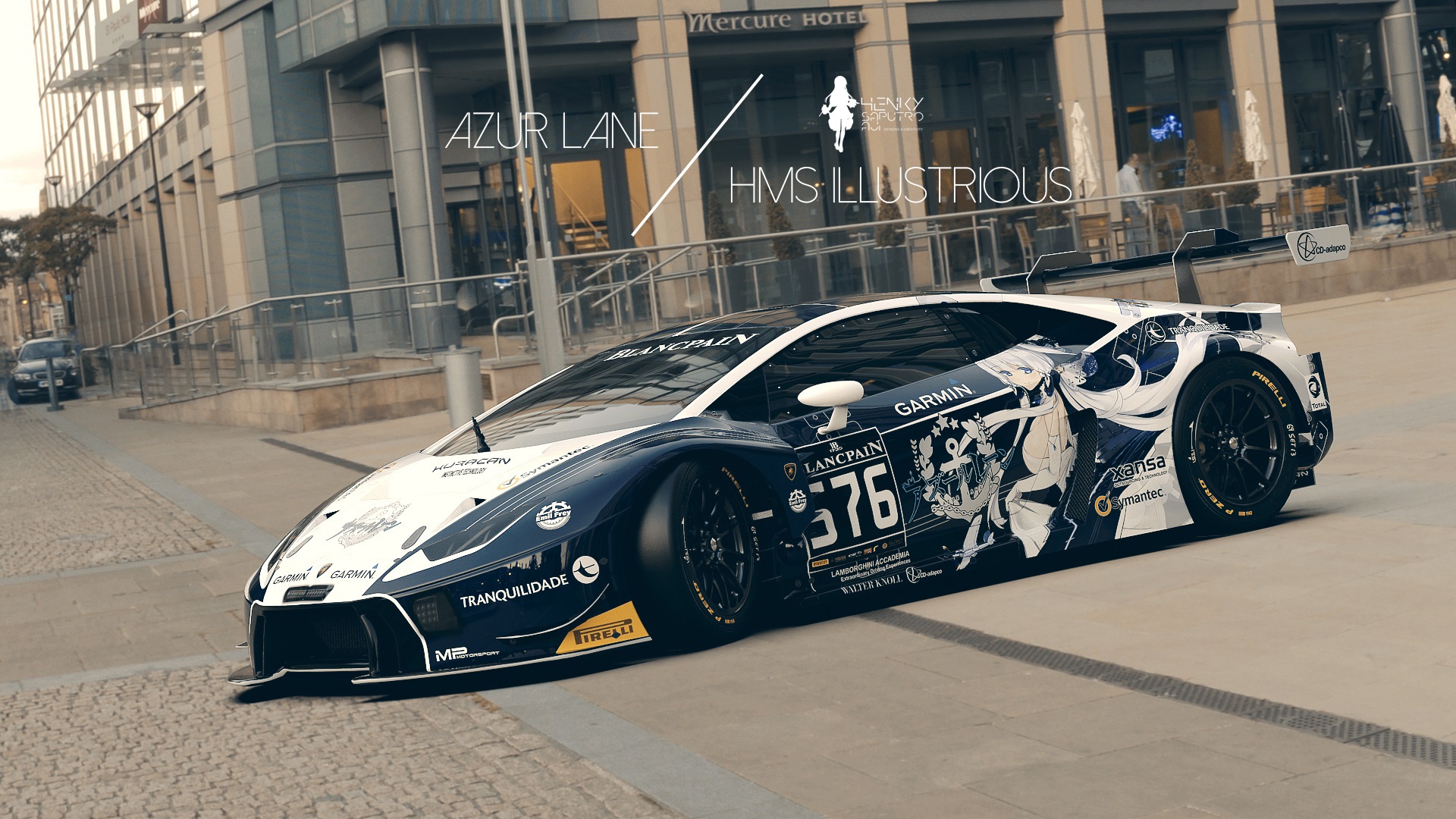 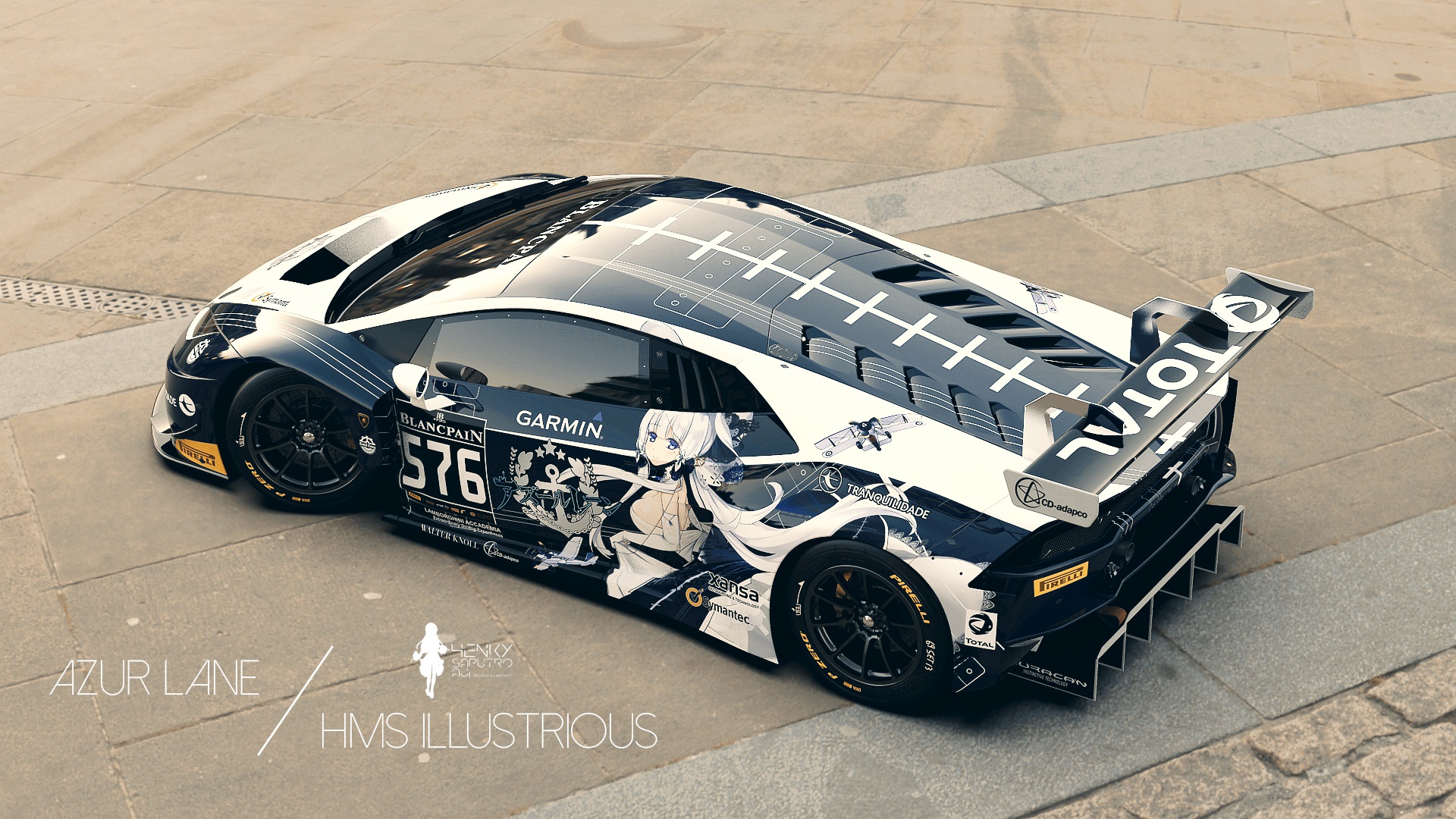 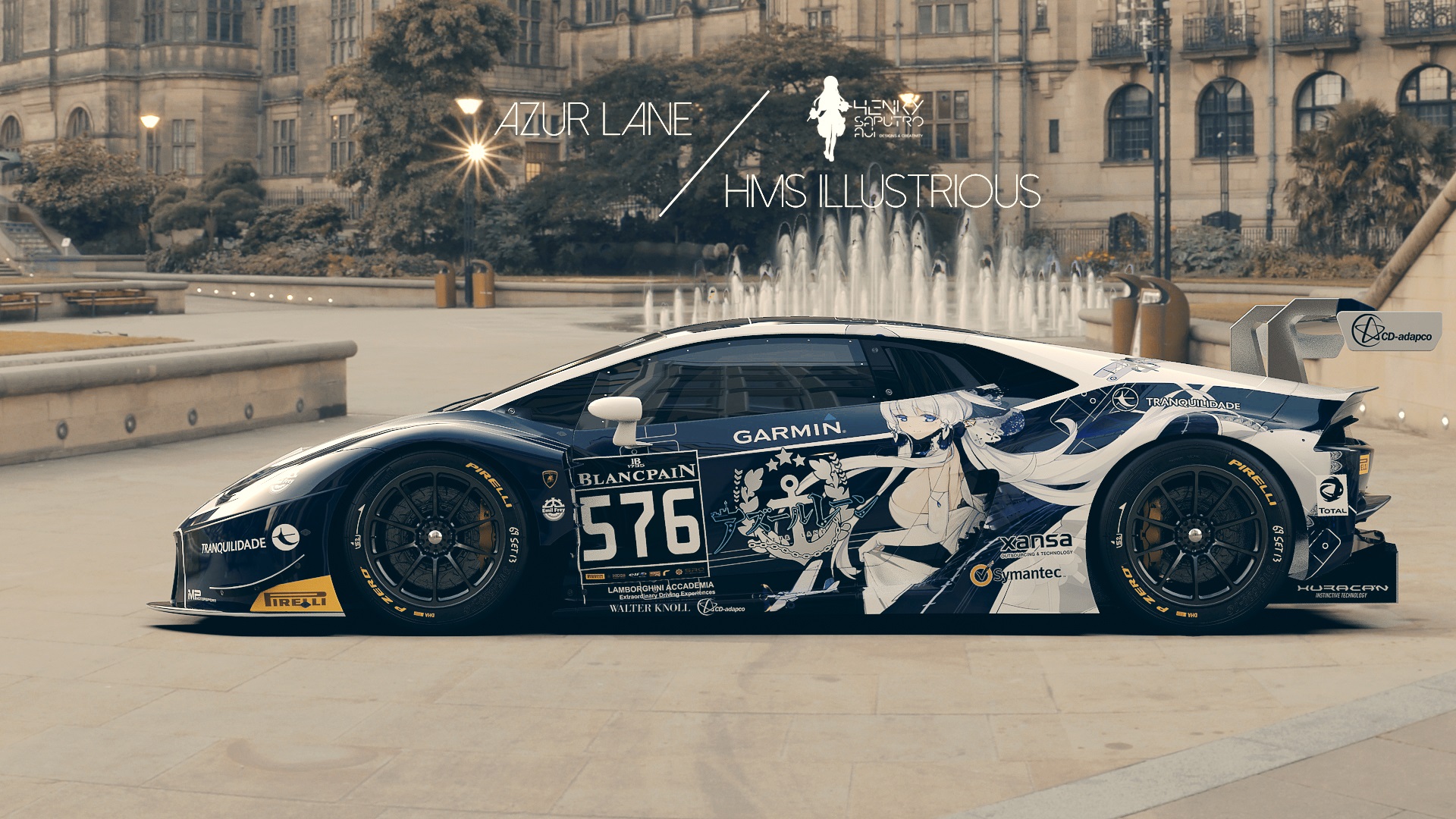 Reactions: KAVACHI, Monol, Phoca-808 and 24 others

Excellent skin!
Some of my classmates play 碧蓝航线（We are from China）
She's my first SSR character ever in the game, and man, that color scheme, and the way you arrange the decals... MASTERPIECE.

that aside, she's also my first SSR that i got from start. not as great as Enterprise or Akaga (as Lusty is more fighter focused and defensive wise by giving shield) but she's accompany my journey and irreplaceable. now i need Belfast but she never come :(

Lusty's art helped me to achieve the result i wanted to, kudos to her artist.

next probably Enterprise or Akagi.
Good! The background of the picture is good. What is it? Is it a track mod? If yes, where can I download it? Many thanks
Excellent work
Ok, looks good. Guess you use 3d painting- thx!
Sorry but i have no words, you cut my throat with this design and i say...yehaaaww, very very happy to see one of the best skin i´ve ever seen, for sure, for this car, no doubt you´re a talented skinner, never leave the way how you paint ´cause we love your designs, congratulations and thank you very much
5 Stars for you!!!!

Henky SA
thanks for your kind words, honestly i'm very surprised with the result. but there are few minor issues actually due to UV so some parts don't look nice. but won't be noticeable in far camera.

apart from those issues, that's an honor for me that one of the creative skinners like you like my skin :)
Thank you! Fantastic skin!

Henky SA
thanks Blame, glad you like it.
Impressive skin, top work!!

Henky SA
thanks Mizar, glad you like.
beautiful skin

Henky SA
thank you.
Now you just showing off. Was wondering when I would see one of your designs again. This is beautiful, probably one of your best so far. Welcome back my friend and congrats!

Henky SA
hey Climax. this mobile game, as per title says, stole my time at my home. it's fun that i'm fan of Kantai Collection. but this game has what Kancolle should have 4 years ago. as she's my fav character in the game. i made this skin. maybe will do more with another character.

i'm honestly surprised with the result and the appreciations for the fellow members here. thank you very much and glad that one of the talented skinners like you like this skin.
Mmmmmmmmmm.

Henky SA
thanks ronnie. glad you like it!
This is the best skin on the world... This is showroom or render?

Henky SA
ah not really. there are even lot of better skins outside there.

renders. you know i never use CM showroom due to particular reason :)
Beautiful skin, honestly superb. Huracan never looked so good.
If I had a racing team, I would hire you to paint my car just like that :)

Henky SA
thank you. glad you like.
very nice skin !! As UltimatePain i'm not a fan of anime ... but this skin is fantastic ... nice drawing, color and balance of elements!

Henky SA
thank you Federico! i'm glad that you like it.
Didn't like anime but this is just awesome!

Henky SA
thank you! glad that even not a fan of Anime/Manga/Japanese games like this skin. i'm really happy.
Fantastic work! Some of the best skin modding I've seen out there.