Log in to download, or make sure to confirm your account via email
Ask a question
Reviews (16) History
2018 is a good year for Barwell Motorsport as the team have achieved double podiums, and even. win in the 70th edition of 24 Hours of Spa in their respective class.

the #77 car driven by Adrian Amstutz, Leo Machitski, Richard Abra, & Patrick Kujala. have won the AM class of 2018 24 Hours of Spa.

the original idea of the livery is come from the winner of Barwell's livery competition, Kerry Hayes, from Richwood, Kentucky, USA. Kerry. Member of the PTG race team (the Pendulum Tuning Garage) in the Forza series, with the Xbox Gamertag of PTG Wildcat. Kerry's stunning design that was originally painted for FM7 has been chosen as the race livery. big credits and congrats to him! http://www.barwellmotorsport.co.uk/...ion_winner_celebrates_Spa_24H_s_70th_Edition/

here i bring you the replica of #77 skin for KS Huracan GT3.
i've tried as best as i could to replicate it. probably there are some mistakes and missed/unmatched details.

this skin won't be done if there are no helps from :
- Kerry Hayes a.k.a PTG Wildcat (https://twitter.com/WildcatKNH), the original creator. and the PTG team (https://twitter.com/PTGforza). for the livery idea & help me with their logos that they supplied.
- @Isaac Chavira for numberplate & flags
- @mrleman for class decal & scrutineering stickers
- @Teknobel & @Epistolarius for photo references
- @Ben O'Bro & @Fat-Alfie for font suggestions.

issues :
- can't put the arrows on front tows because the texture is mirrored
- the room of glass window is too small, so nearly impossible to put the number digits.

simply put the folder of the desired resolution inside the Huracan GT3 skins folder.
​
feel free to donate if you think that my work and time is worth a donation. even a cup of coffee is much appreciated 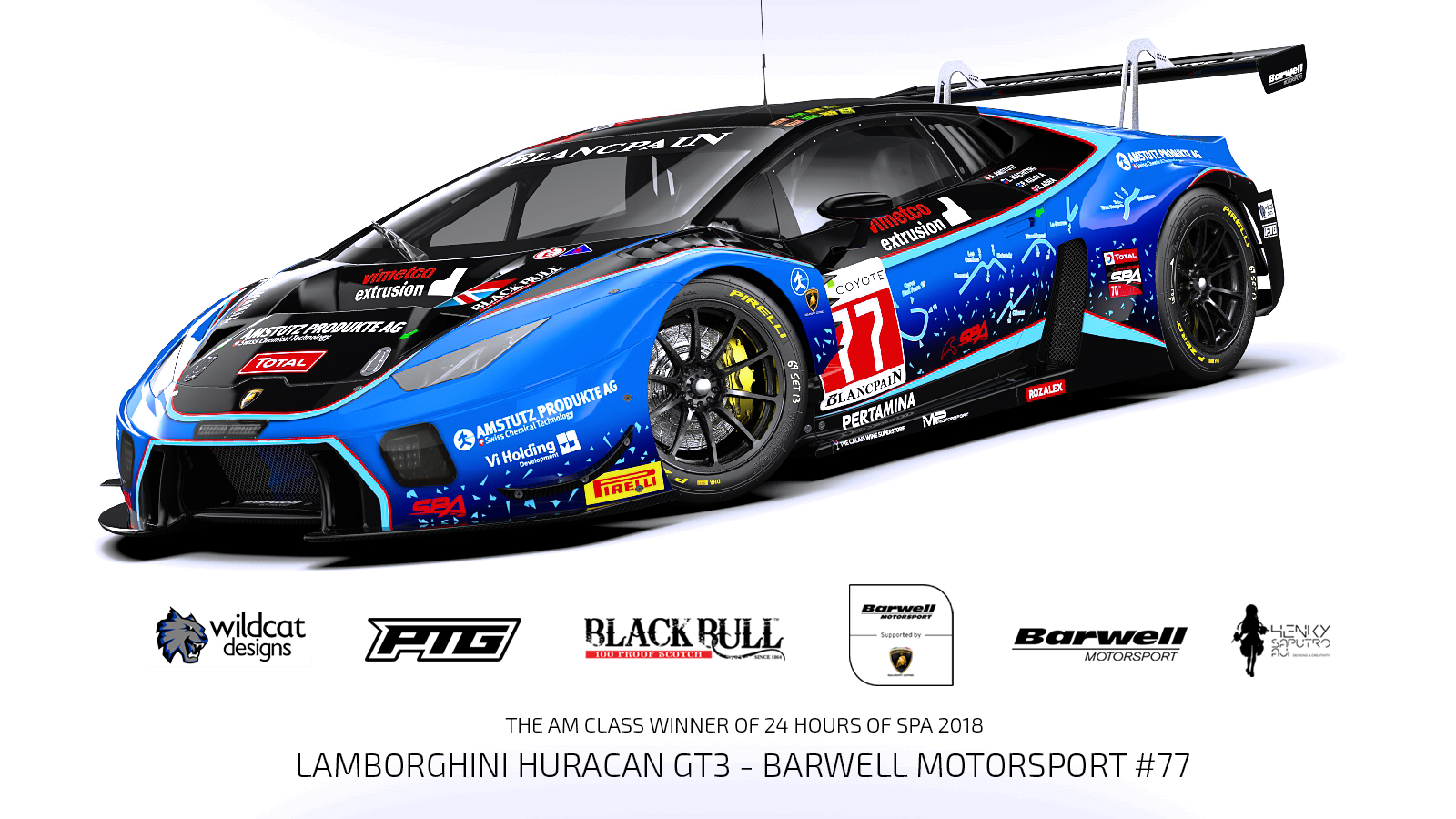 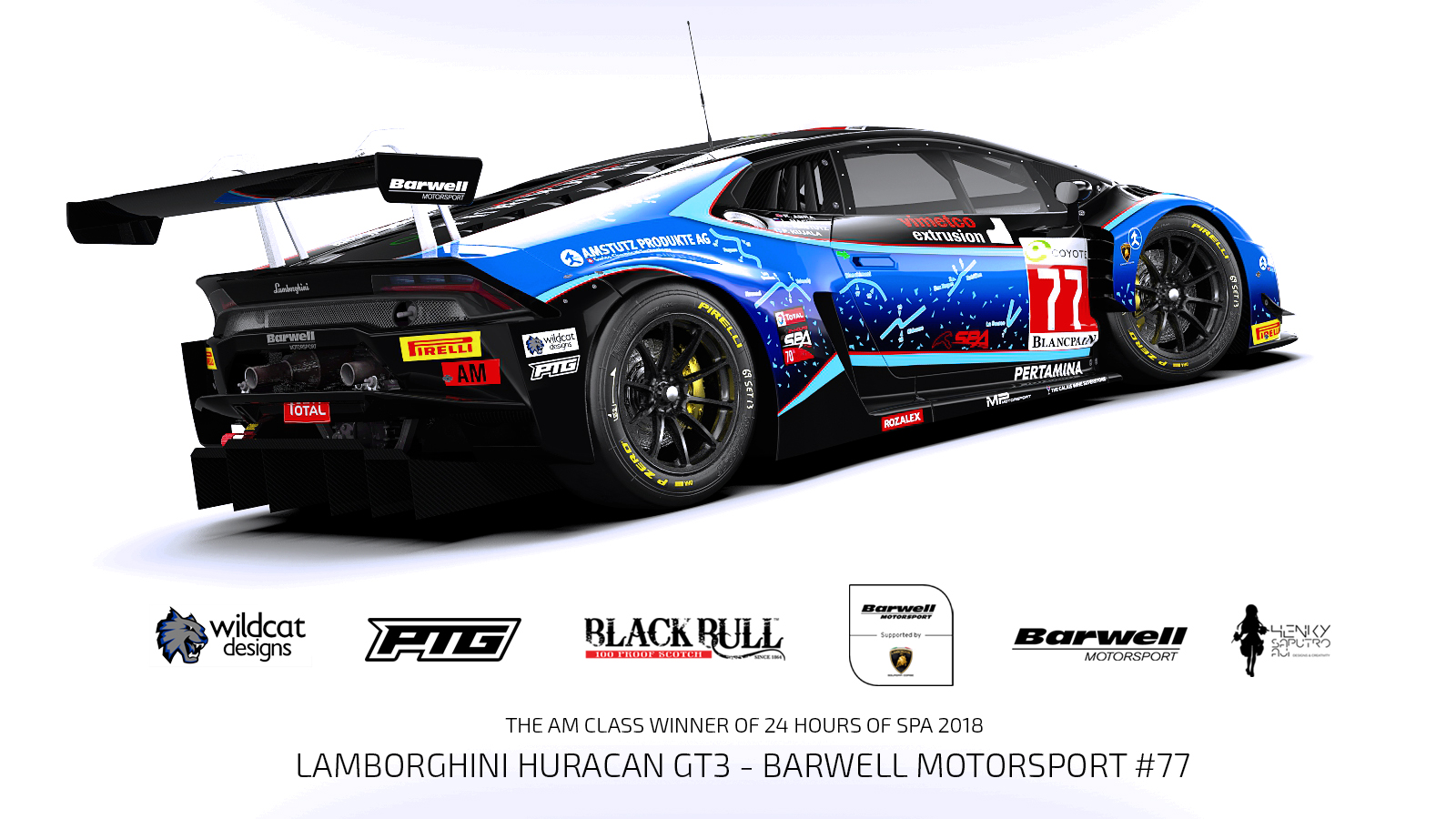 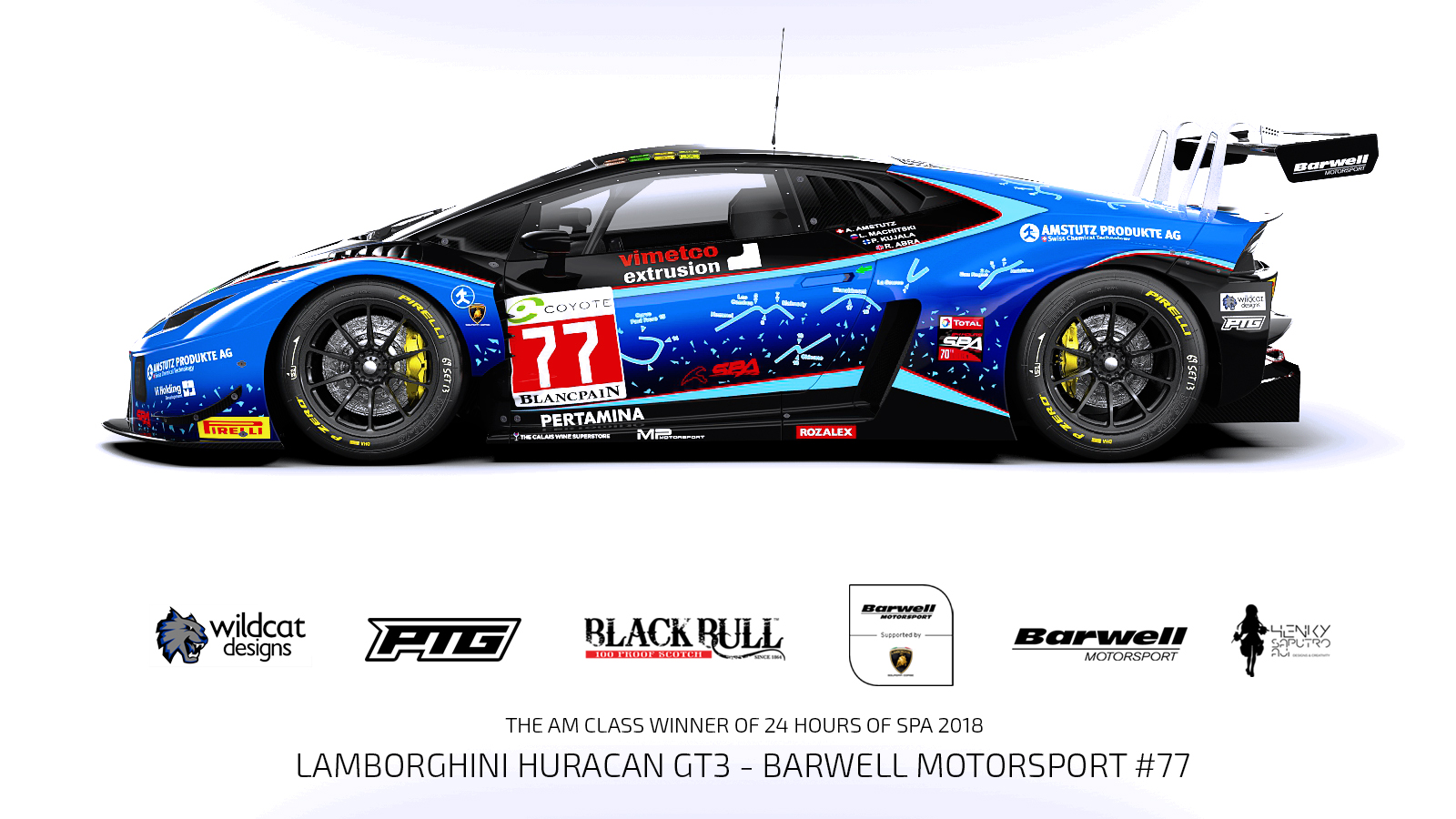 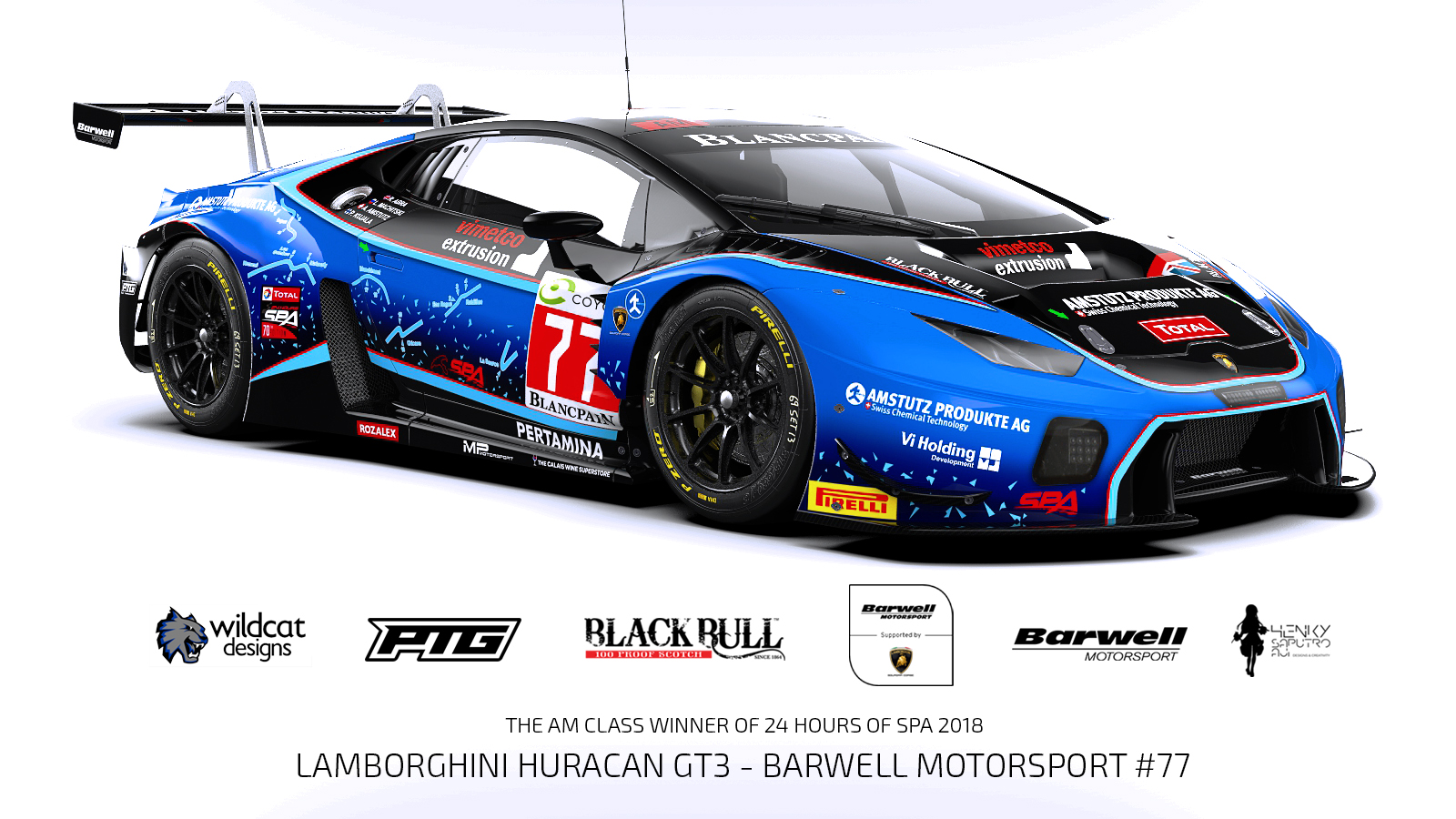 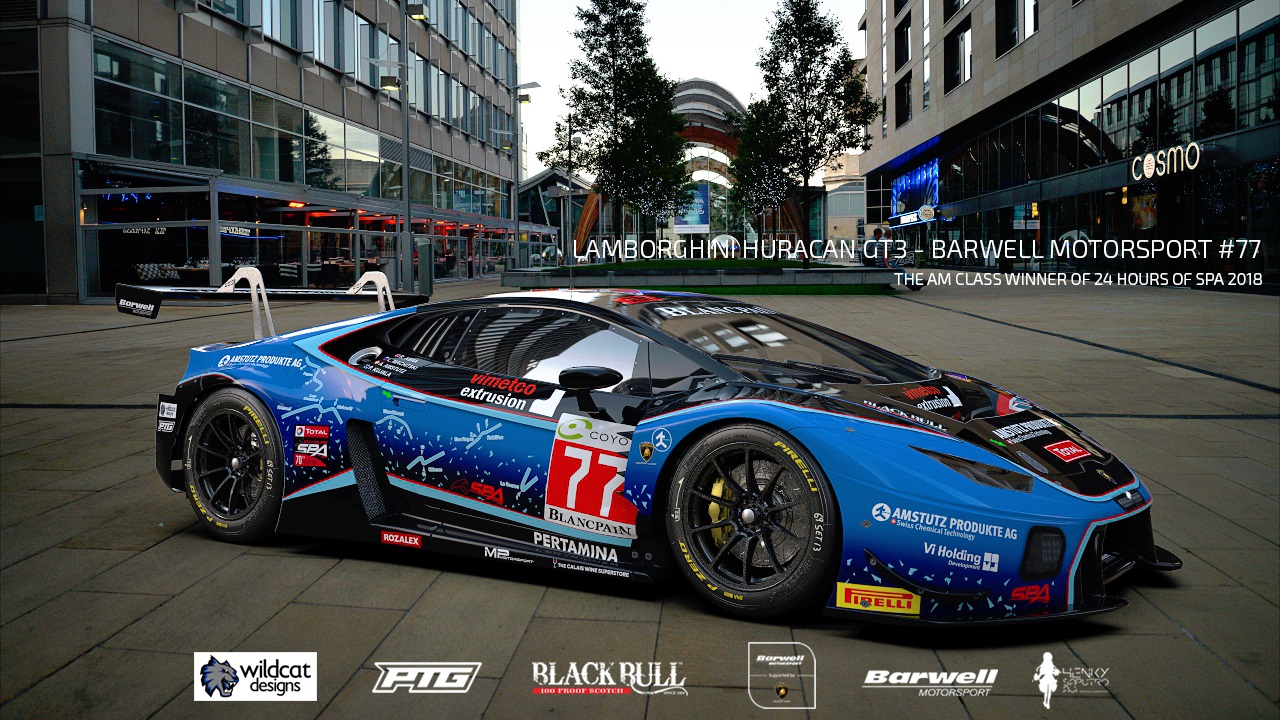 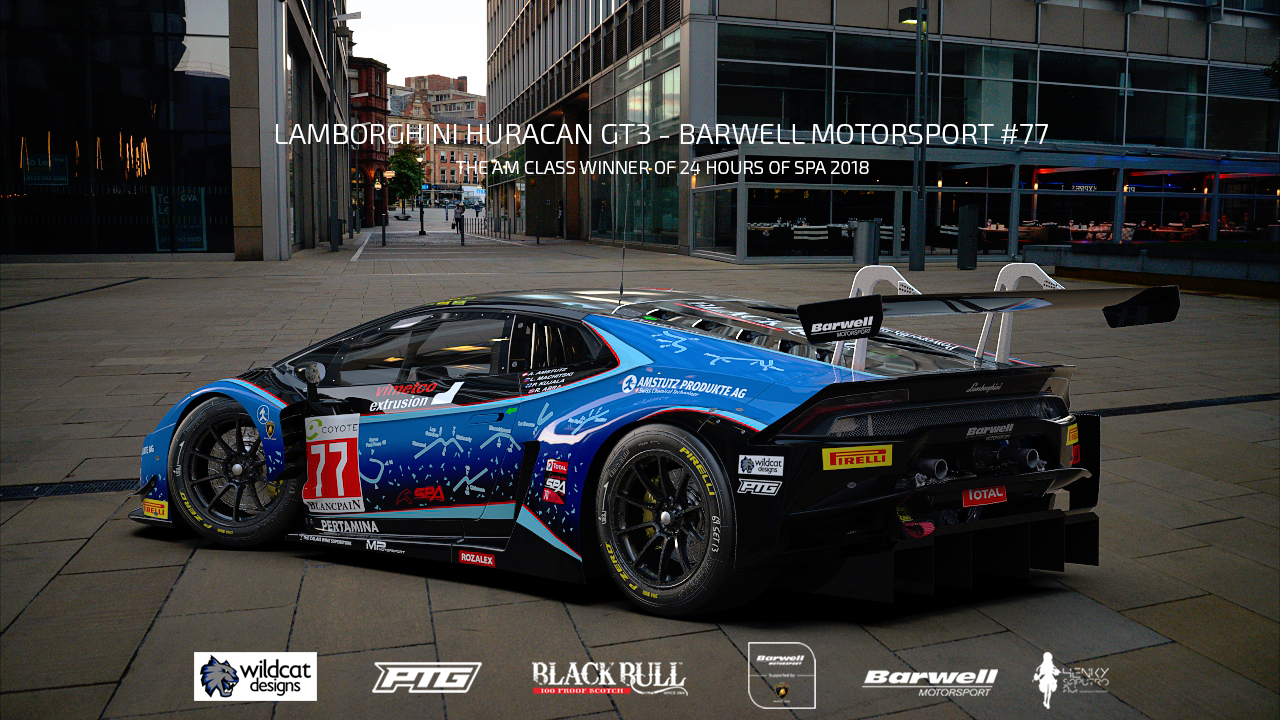