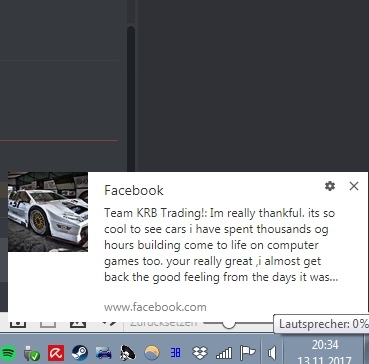 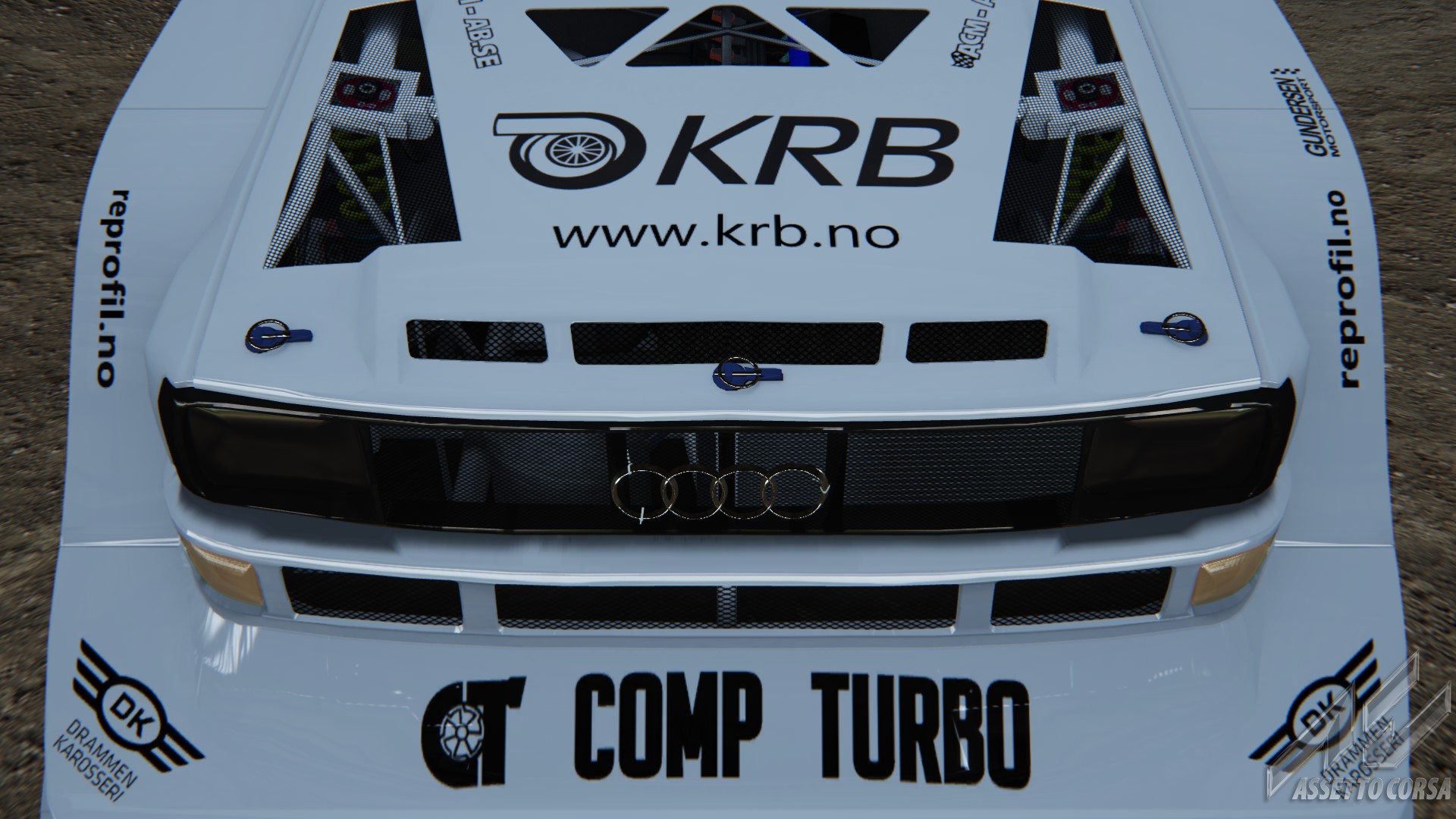 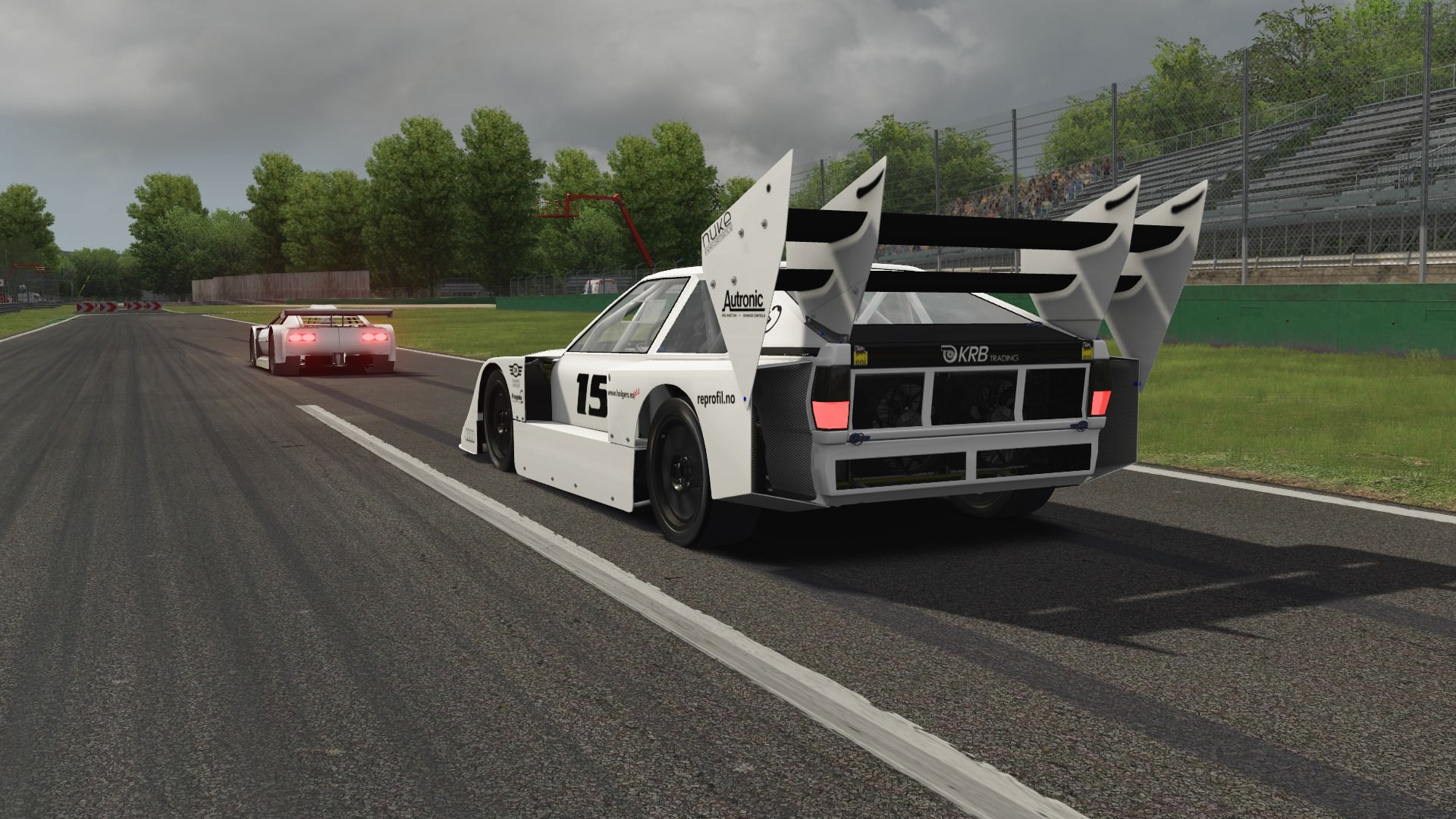 If you are a frequent visitor of Speedhunters.com, or any tuner blog or site, there is no way you never seen this car before.

It’s a one-off build by KRB-Trading of Norway for the “Extreme”-class race series, held as part of the Scandinavian Gatebil tuner/car culture festivals. A car built with basically no rules and limits. Somewhere between Unlimited Time Attack and “cure for polar night depression”. Over 1000 bhp at all four wheels. Big turbo lag, even bigger wings.

While it looks like an Audi S1 Evo 2 rally car on steroids, pretty much only the S2 cylinder head sports the four rings. This emulsification of Scandinavian performance and tuner culture further consists of a VW Transporter inline-5 2.5 litre TDI engine block, Comp Turbo CT 43 71/79 turbocharger, Sellholm MPG Rallycross transmission and front differential, KRB-custom Ford 9” rear differential, Porsche Cup tires, Volvo S80 front uprights on all four corners and a fully custom tubeframe chassis that may even have some sheeting left from a FWD ’85 Audi Coupé, among other things. All clad in a Quattro E2 Pikes Peak replica bodykit, modified to fit the tubeframe and extended wheelbase. 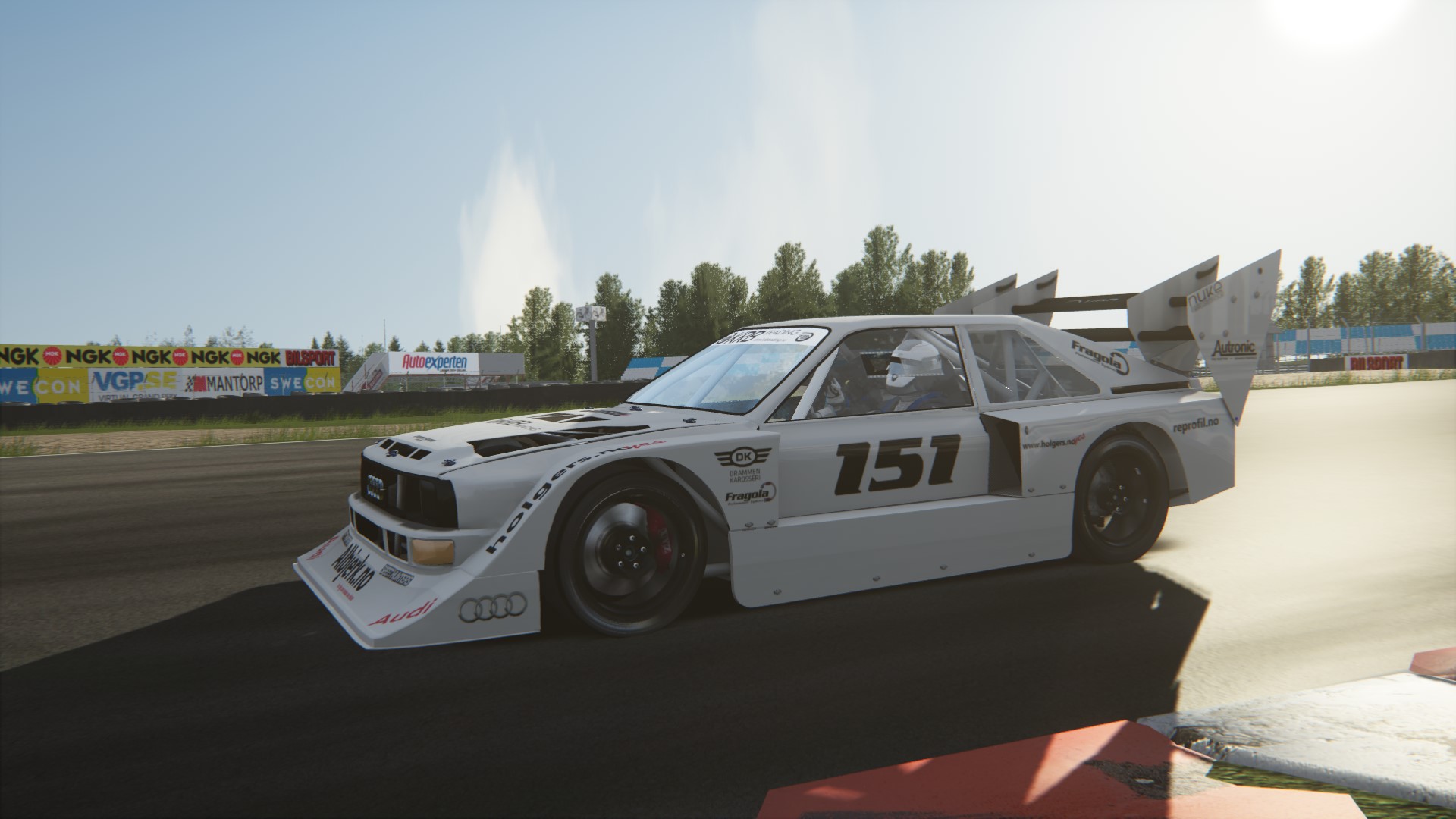 With this mod I tried replicating the car in as much detail as possible, and feasible, for Assetto Corsa. As the car was constantly being modified over the years it’s pretty much impossible to get everything 100% right. The cockpit for example is closer to the current form of the car (which now runs a twinturbo V8), while the engine and body are closer to the state of the car in 2013.

Suspension and cockpit are fully animated, plus visible aero settings too. Custom soundbank.

As with my Porsche, the car comes with 8 skins, two based on the real KRB, three based on classic Audi motosport liveries, one inspired by Karl Werner's Bergcup S2, one inspired by Darren McNamara's new DMAC S1 drift car, and a clean one. Skin template is included, let me know what you create with it.

Aero of the car has been simulated in OpenFoam, and makes the car pretty tricky to handle. See for yourself… 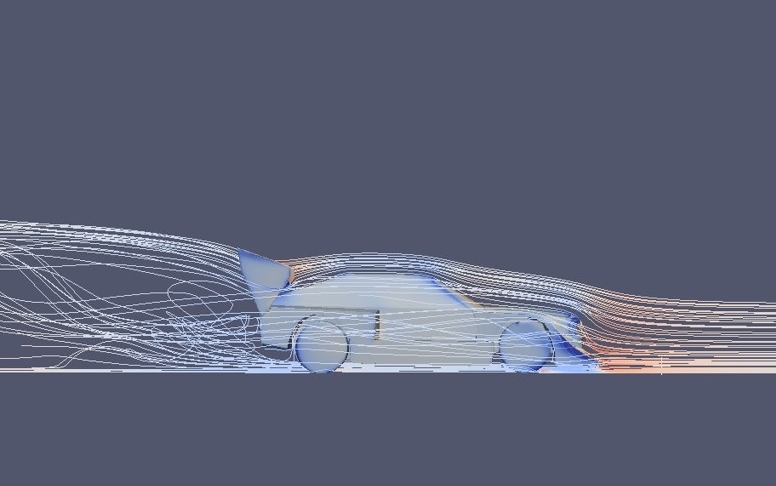 beautifull thks :)
Upvote 0
This car is just perfect.
It's the first mod I don't feel the need to unpack data.acd :)
Upvote 0
Probably user error, but I could not get this to work in game without crashing my AC for the life of me. I double checked that there were no double copies of the files and made sure that i copied the files into the correct folder and it would crash without fail every time.

AccAkut
sorry I didn't see this earlier. Could you elaborate in the support thread? I can't think of anything special on the car that could cause a crash (no CSP features etc)
Upvote 0
Easily on of my favourite cars on AC! Love the sound! It is very challanging on long corners because of agressive rear end aero.
Here is a video with this mod on VR
https://youtu.be/hvIUg4Gt4m4
Upvote 0
excellent work my favorite car to use in AC
Upvote 0
mad car, love it.
Upvote 0
Driven in SRS and makes a ton of fun. Looks and sound are just awesome. Has this car ground effect, or whats the massive propellers in back for o.O

AccAkut
those are just cooling fans. No ground effects, not even underbody aero to speak of. Had to simplify model for the CFD analysis as it only worked with a closed model.
Upvote 0
God! Drove it on The Green Hell and at times felt like I`m in the middle of a Star Wars blaster battle - sounds and action!
Only niggle is the unbearable understeer. No car set like this can put a lap record on any track. Redid the setup from the ground up = data edit... Redid the steer animation too.
Upvote 0
Like the handling, like the sound, very fun to drive
Upvote 0
Magnifico MOD,sonido increible y execelente conduccion,muchas gracias ¡¡¡¡¡
Upvote 0
Well done. Amazing car to drive. Your work much appreciated.
Upvote 0
Love this car
Upvote 0
Great!
Upvote 0
Amazing fun on a track you know well.
Upvote 0
Incredible that this exists in real life.

AccAkut
there are so many more bonkers creations up there in Scandinavia, but too little time/resources to recreate them all :(
Upvote 0
Great aero work!
Upvote 0
So brilliant
Upvote 0
Had to grab this. I think the Baron Von Richthoven would feel at home with that wing!
Upvote 0
absolutly amazing mod if i could then i would defenitly donate to the creator
Upvote 0
I'm loving this mod.

Can we expect a MC2 mod in the near future? I'd love to see that one