Login or Register an account to download this content
Overview History Discussion
Ask a question
History
The Spark F1, F2 and F3 cars are a generic car of the specifications found in historic Grand Prix cars, and are similar in construction to the Tecno F2 and F3 cars of the late 1960′s which often led the way in those lower formulas. Tecno were very competitive, and in 1968 dominated the European F3 Championships. The team gave Clay Regazzoni his big break, helping him secure an F2 title in 1970.


The F1 car is completely fictional, and based off the F2 chassis which is in turn based off the Tecno F2 car. However, the livery is supposed to represent the “Yamura” team and fictional driver “Pete Aron” from the 1966 movie “Grand Prix”. In real life, the car was a McLaren M2B, driven by Bruce McLaren.

As these cars produce either little to no downforce (and sometimes even trace amounts of lift), you brake with a firm but almost constant pressure leading into a corner, easing off only at the onset of a lock-up or as you prepare to apply steering lock. You begin entry by turning the steering wheel, then when you do, the rear of the car begins to step out. At this point, the car is actually driven by your foot, not by your hands. The steering should be almost straight, only moving to correct the car if needed, while you use the throttle pedal to actually turn the car, using the lack of grip in the rear to your advantage.

Although the F2 and F3-spec cars are lower powered, it is very easy to apply too much power. Be smooth with your inputs both in steering and on the pedals.

We have four configurations of Spark cars, with wing options on the F2 cars. 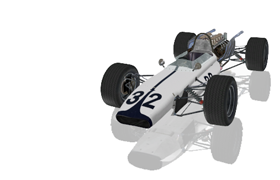 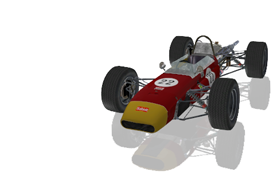 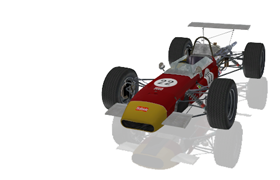 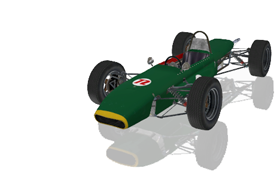