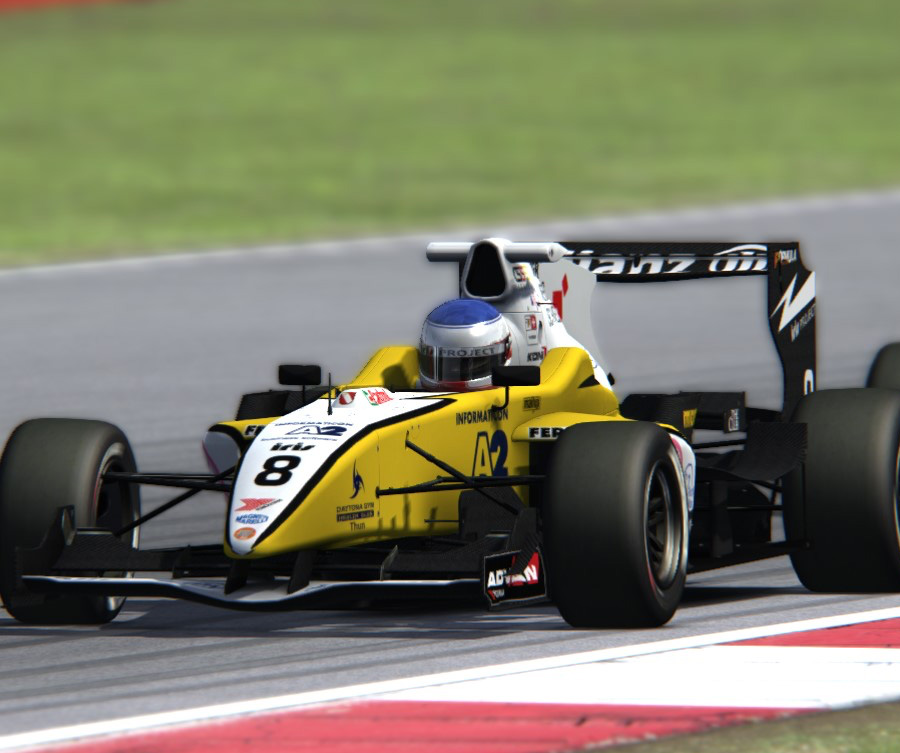 Young at heart
Fresh from the start
Step up into the next generation​
The International Formula Master (IFM) was the successor of the F3000 International Masters series. It was held as a supporting series during the European WTCC races from 2007 until 2009. The series was a junior Formula series which was thought as a stepping stone into the GP2 just like the Formula 3 Euro Series.

The cars were manufactured by Italian based company Tatuus and were comparable to smaller single seaters like the Formula 3 cars. However they looked more like a small version of a pre-2009 Formula 1 car.

For installation, templates, game settings and more information to get started check out CTDP's Manual and Documentation.
Reactions: best.of.joschi82, HansDG, Adyl and 17 others

nice!just love it!
Upvote 0
Here is a update for this mod:
https://www.racedepartment.com/downloads/data-upgrade-international-formula-master-hillclimb-masters.35604/
Upvote 0
gr8 work
Upvote 0
not working
Upvote 0
With the current version of AC this car has many issues that need updating due to how old it is. Tires, sounds, ect..
Upvote 0
Formula Master was my favourite in Race 07. I am glad to see it in AC too but in the same time I am sad that it was abandoned. Needs the attention of someone who are willing to update it.
Upvote 0
Fantastic. The best mod to AC, however, I'm facing problems with external cars' sound (not working) in mt AC version 1.11
Upvote 0
Excellent Car, Great Feel and Sounds. 100% Recommend!
Upvote 0
Together with the Caterham one of my favorites. Has the extra punch I am missing in the Tatuu series. Also very nice sounds. The more recent versions are more difficult to drive; I guess because traction control used to be active all the time.
Upvote 0
Great work, thanks!
Upvote 0
awesome car.feels nice.thanx
Upvote 0
Fantastic mod thanks for your continued work
Upvote 0
wow! just wow, love it.
Upvote 0
I still can´t believe how good this mod is!
and that sound *-*
Upvote 0
I love all junior formulas, nice to get away from the Abarth and experience another kind of car. Very good mod, fun, hope league races develop from this car.
Upvote 0
The best news today. ThX!
Upvote 0
Fantastic. I drove this around the Nurburgring while testing the Moon Mod last night. I think I saw a post on AC of someone saying it had no grip lol I don't know what they were talking about and I guess they didn't either. Awsome job Thank You.
Upvote 0
Fantastic Mod, love racing it! Thank you very much.
Upvote 0
Man that sound! I hope my neighbours love it as much as I do... :-D
Upvote 0
Amazing, fantastic cars, fantastic FFB. I love this mod :)
Upvote 0
Read more…