This series uses the Lotus 49 and is based roughly on the 1967 Formula 1 season. It is held around 7 circuits along with correct driver names and liveries to create a classic themed championship. However due to a lack of classic tracks, I've had to use multiple modern ones to improvise.

All AI are named after the drivers of the time e.g. Jackie Stewart, Jack Brabham and each AI has had their skill level adjusted to try and accurately reflect the speed of each driver during the 1967 season.

There are 2 separate career files in this pack. One is for 17 AI cars and the other is for 11. This is so people with less powerful computers are still able to use this career addition.

Features:
Thank you to Patcha for the fantastic skins that are used.

NOTE: This championship requires the modded track: Longford 67, otherwise the championship will not work. This is available to be downloaded from RaceDepartment at http://www.racedepartment.com/downloads/longford-1967.2741/ 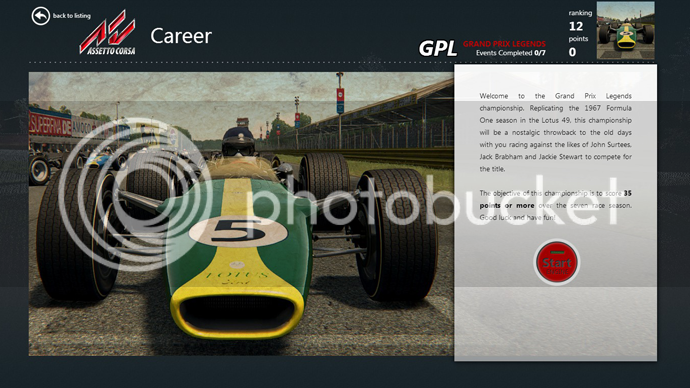 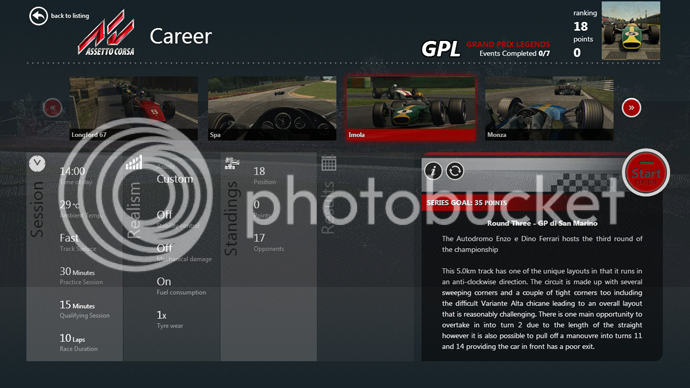 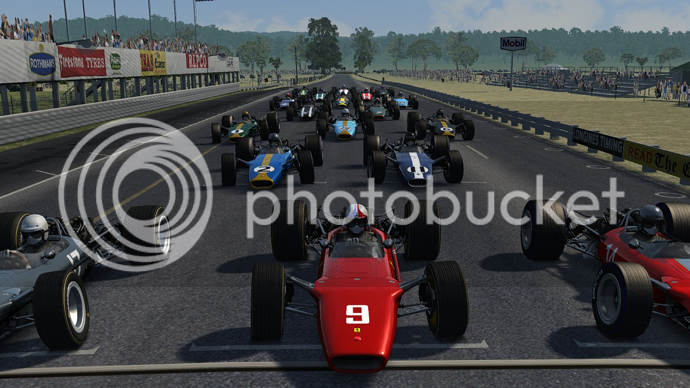 and after that a new line with:
CONFIG_TRACK=layout_gp_a

and after that a new line with:
CONFIG_TRACK=full
Upvote 0 Downvote
Thank you!

Question: AC Content Manger says that Silverstone is missing. To your mod do not use the ks_silverstone map?

Can you please give a downloadlink, because i do not find the right one.
Upvote 0 Downvote
This is epic mate,and the true successor to GPL.Thank you big time.
Upvote 0 Downvote
Great Career Mod. I hope that modders could bring the GPL tracks to assetto corsa or that a Classic Cars and Tracks show up in the future in a dlc. You should add Monaco in your next update and i think that zandvoort is coming out. Don't give up on tis mod because it has a lot of potencial.
Upvote 1 Downvote
Very nice, hopefully the same as GPL
Upvote 0 Downvote
Nice :)
Many thanks
Upvote 0 Downvote
its a good mod but i cant really play it every time i "try and play" it lags like hell even on lowest quality please make it so you can do like 7 or 9 AI thanks