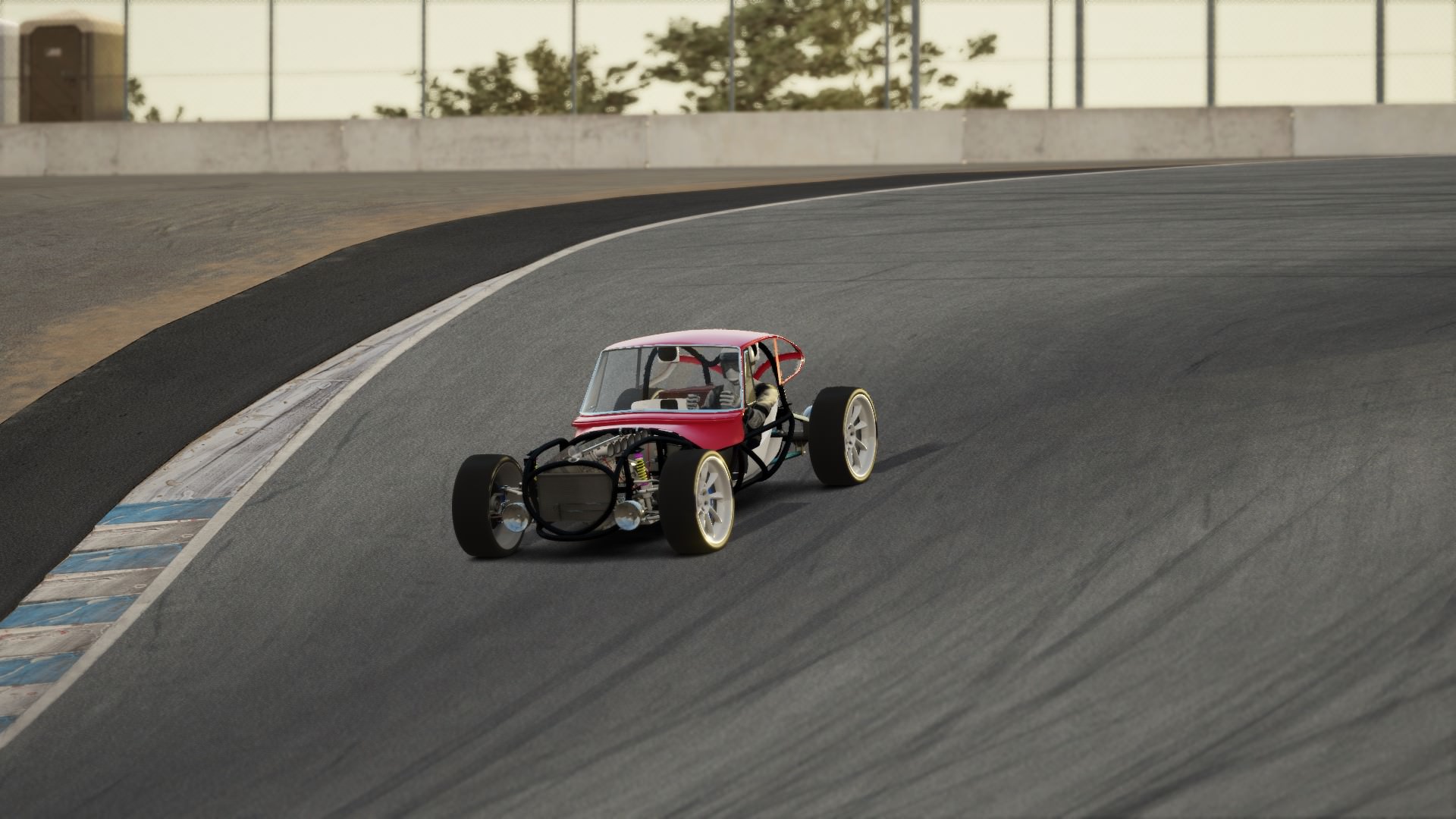 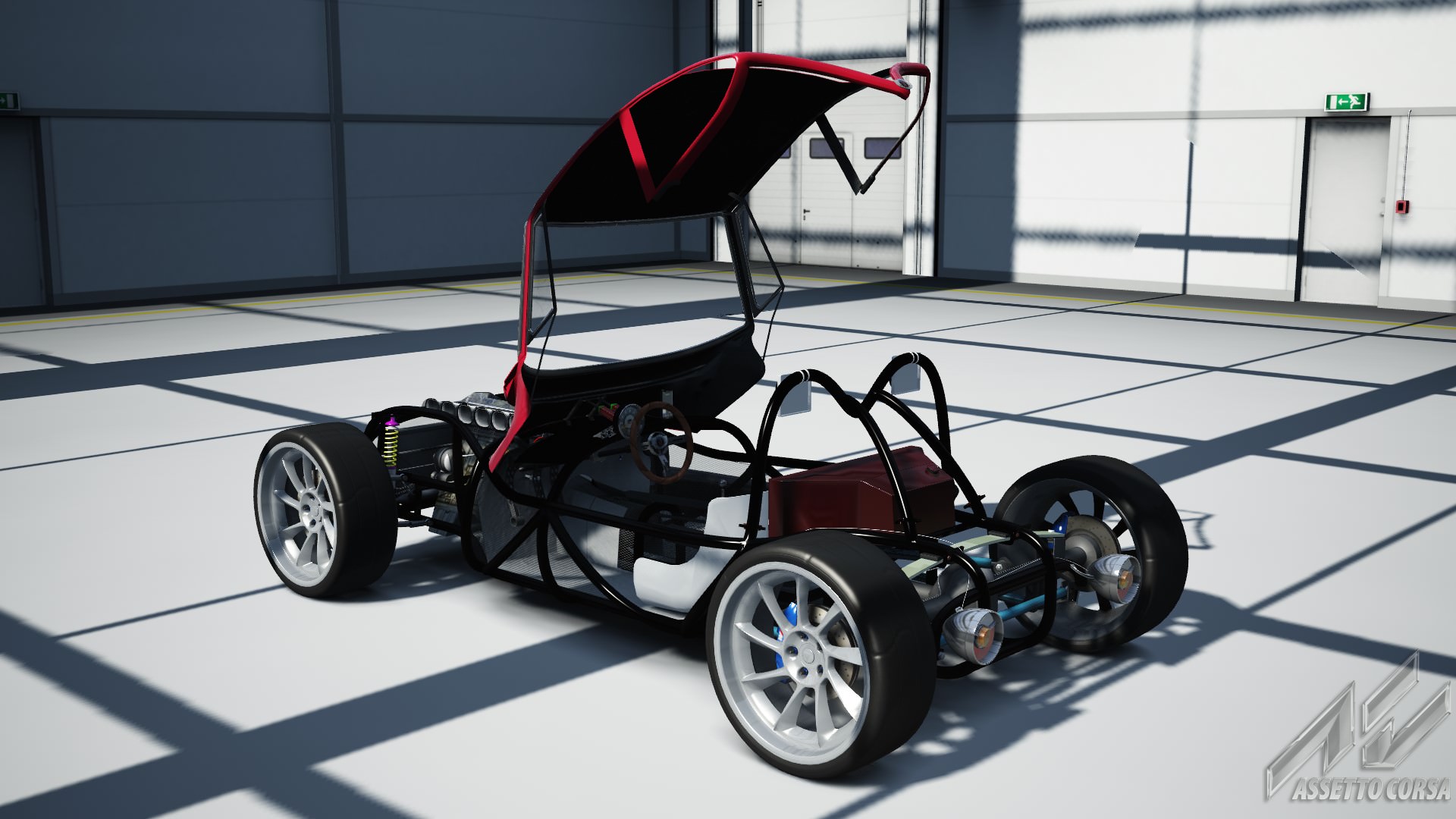 It's a fun project I started some time last year, initially just physics to test out a solid rear axle. Then I started building a "car" around those physics. Then I started animating everything according to ACs DIR-conventions to learn that stuff. Then added rollerbarrel ITBs I had laying around from my CAD training. And body panels inspired of the Hans Glas 1700 GT, which may be the granddaddy of the modern BMW Z4 (the Hans Glas GmbH became part of BMW down the line). And finally a BMW M1 soundbank made by @wjmoosting

100% fictional and designed/envisioned by me, but some inspiration came from the V16 Priapism Hot Rod (never google Priapism on its own...)

Anyway its a car that's fun to throw around a track or rally stage in a not too serious manner.

Features:
- scratch made model, textures, physics
- animated everything
- Colour pack™ based on a scan of an original Glas flyer from 1967

Known issues:
- model has 4-link rear axle, physics is 3-link
- no shifting animation yet
- animations turn funky at extreme angles
- hard to drive. Its too powerful for its own good

Scratchmade by me, user AccAkut of (http://www.assettocorsa.net/forum/index.php?members/accakut.236/) and (https://www.racedepartment.com/members/accakut.213775/), otherwise known as Matthias Neelen in the real world. No, not the one with the animal shelter. 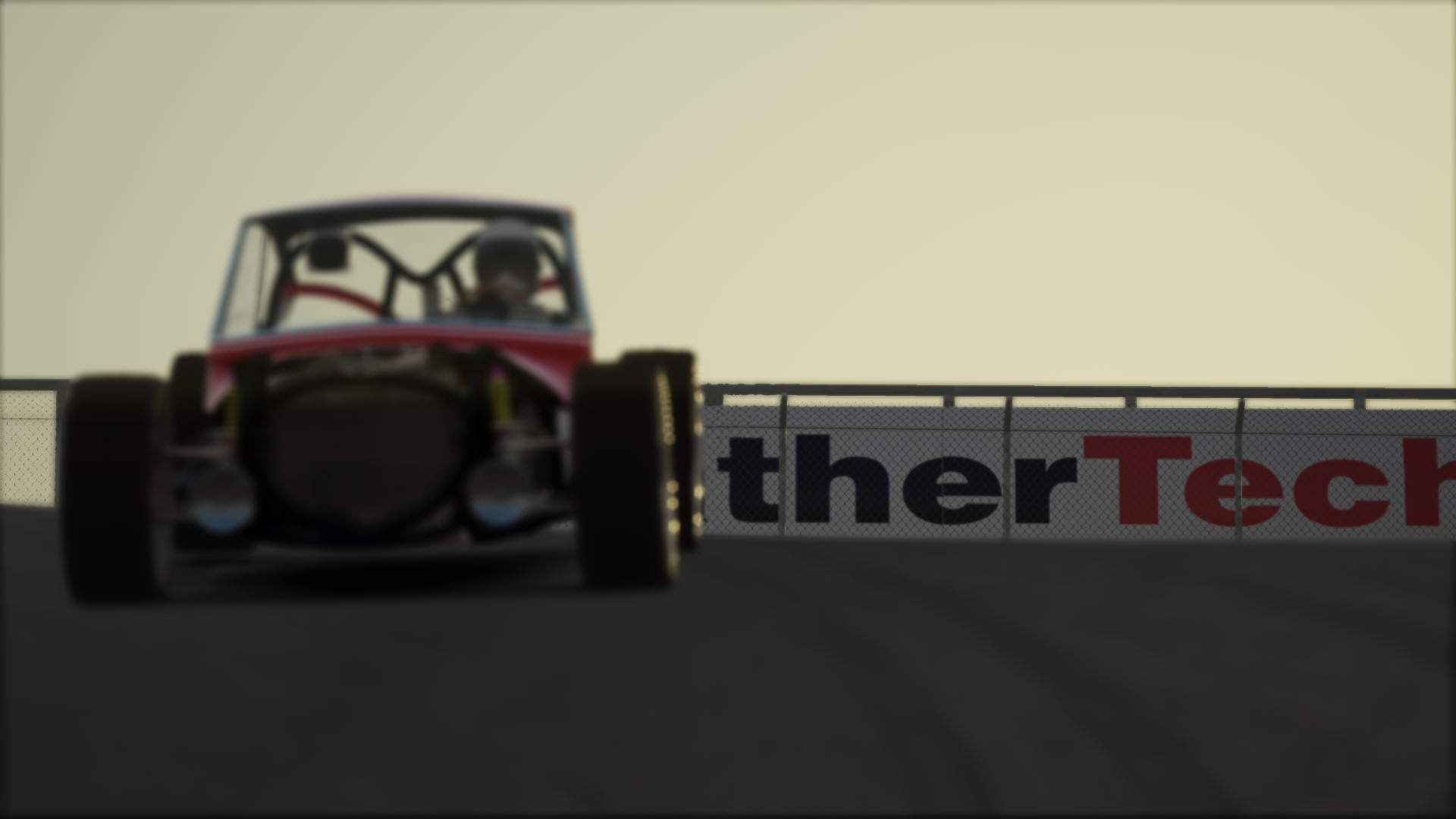 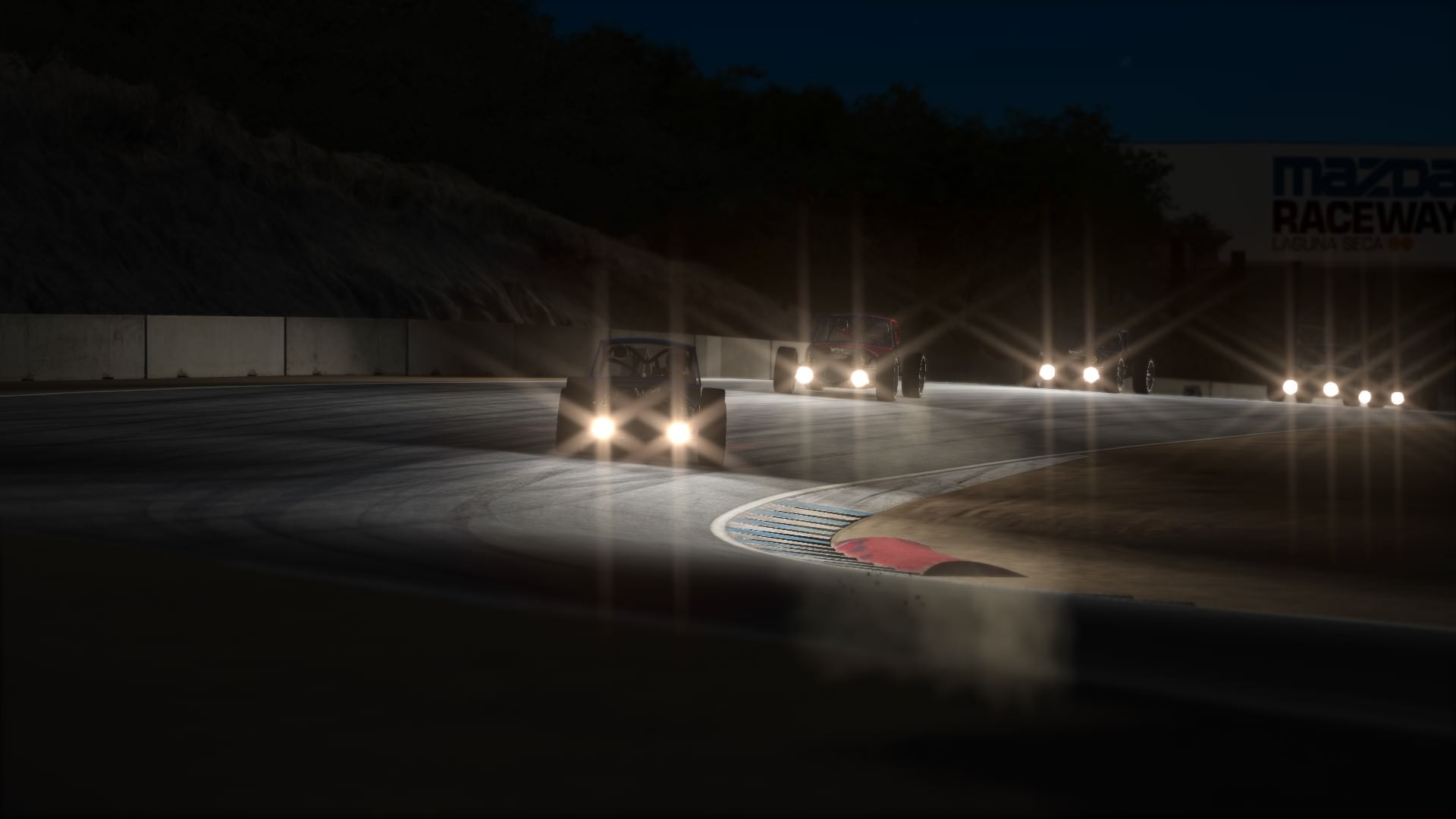 Interesting experiment. Very low grip car, you have to feather the throttle a lot. Very unique interior design.
Upvote 0
As the download starts, I went straight Googling what praipism is.

AccAkut
Please don't , at least while you're at work :D
Upvote 0
Nice, original and fun to drive. I suggest you to change the rims. Maybe pure stahl rims would look great.
Upvote 0
This is crazy good!
Upvote 0
An interesting beast. attention to detail is great. Quality!
Difficult car for me to get the hang of, likely due to my G27 wheel not having enough torque to provide full FFB (lack of FFB details)
Upvote 0
Amazing workmanship! Lots of fun and cool to look at!

Wow!
Upvote 0
you deserve an award for this. wow
!
Upvote 0
This thing is SO insane :D ... Thanks a lot for that!
Upvote 0
Awesome Mod even in it's BETA form, and for an "Old School" Sim-Racer like me, just a joy to drive. YouTube video showing off as many angles as I can, given the limited number of F6 keys views I can use - https://www.youtube.com/watch?v=CdQ18K53R64 Job well done!!!
Upvote 0
Cool car with lots of power. Fun to drive. Than you!
Upvote 0
'Excellent' sums up this car perfectly. It really is loads of fun to drive, feeling very 'on the edge' like a modern-day Cobra. The model is great with clearly lots of work gone into it. The handling is much more predictable than the early beta I tried, but still very lively. My only criticism is that I had to turn my FFB down to 90% to get it feeling 'right', but that's what the + and - on my keyboard are for. Very much looking forward to v1.0 with LODs for AI mayhem! Great work!
Upvote 0
Great model, great sound, and great fun to drive. I can't drive it to save my life but I say that about half the cars in AC ;)
Upvote 0
This is simply a fantastic FUN car ! Really... Kudos !

Love the tail lights from my first Beamer (2002 tii) .
If ever you should feel the urge of building that specific car ... please do. ;-)

AccAkut
Thanks for the review! The rear lights (and front lights minus the enclosure) are actually of a 1700 GT, which depending on market was already sold under the BMW brand or still under the Glas brand.
Doing a real Glas 1700 GT is not 100% out of the cards, but I wouldn't do it without access to one for photogrammetry
Upvote 0
very cool! i love weird stuff like this. my only quip is the brakes are too strong, at least need an adjustment slider. and the windshield looks pretty cracked even before i set off.

AccAkut
I noted the adjustment slider for the brakes. The windshield is just meant to look "well aged" and a little dusty, it may be down to what PP filter you use (I use the Good & Bad Weather pack and the new shader mod with all its features)
Upvote 0
Read more…