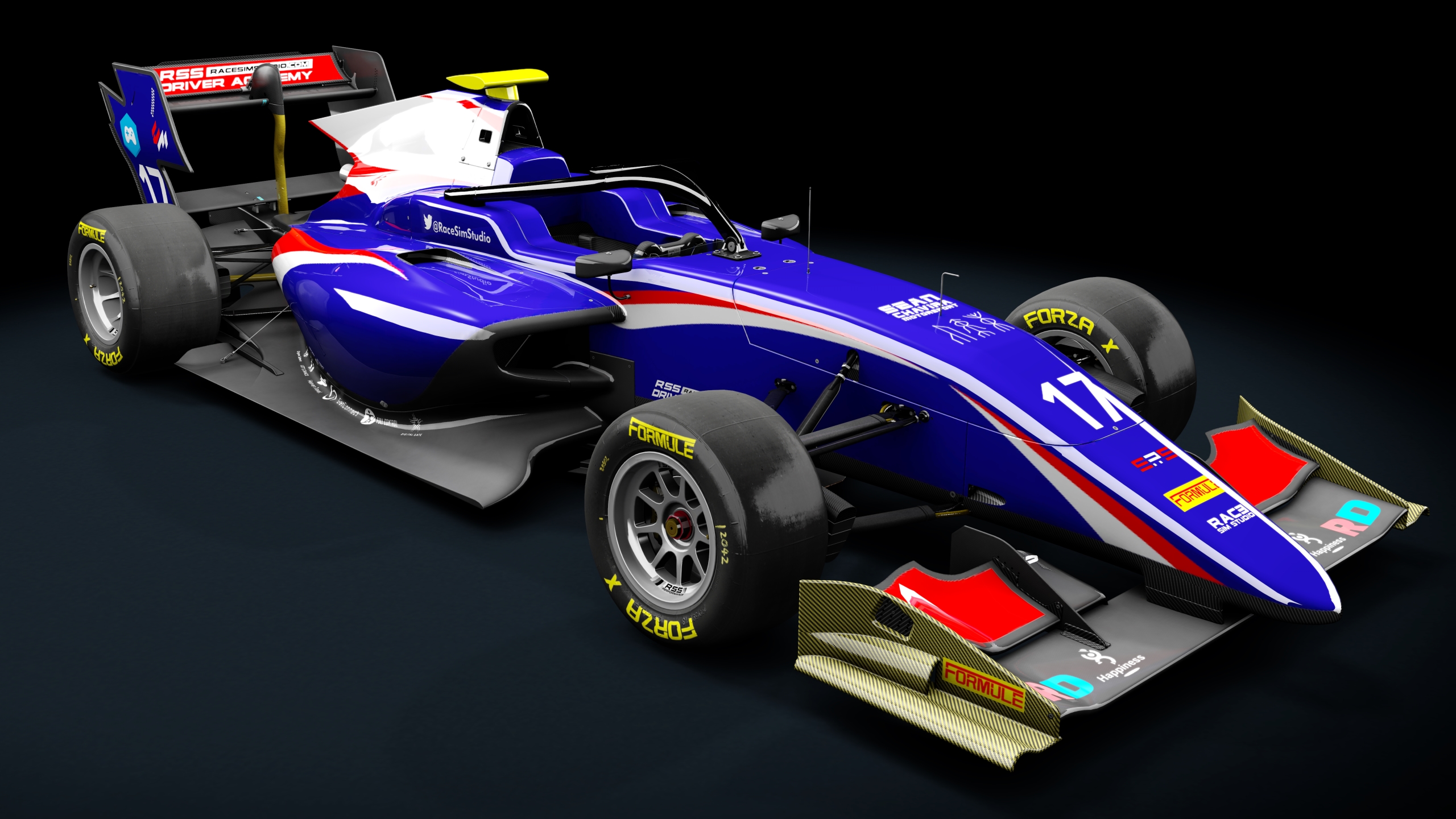 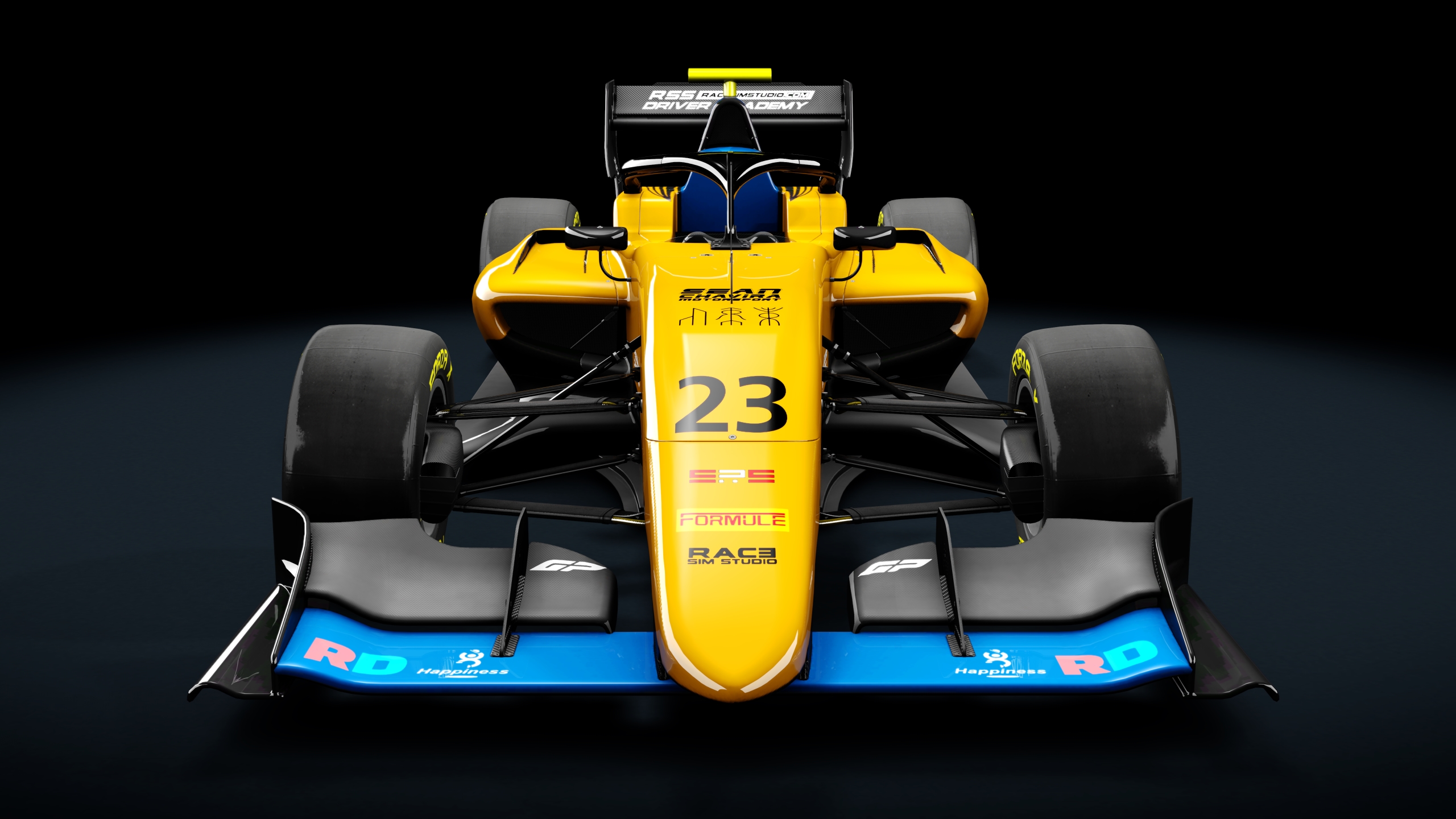 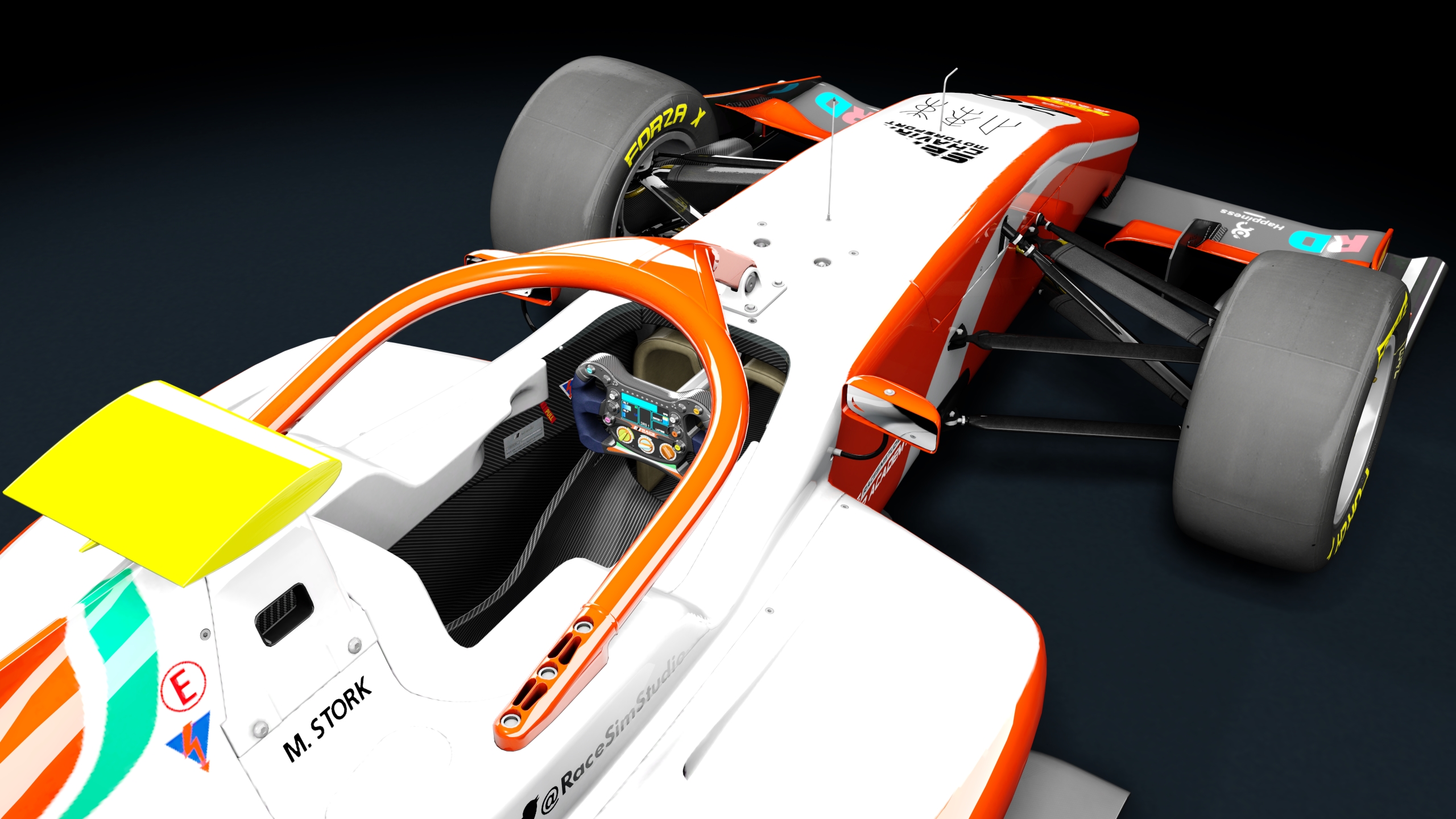 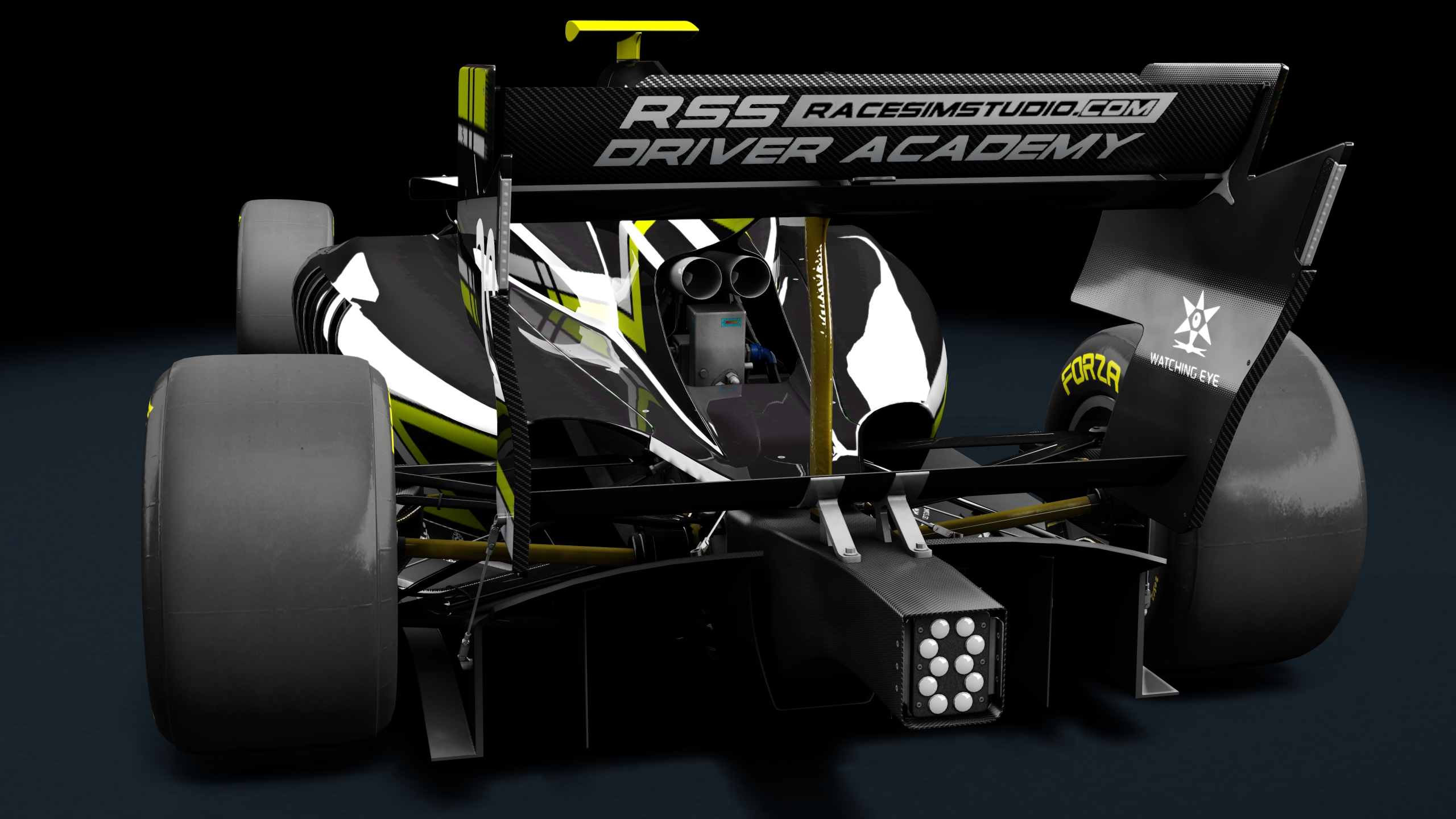 As appreciation for the support over the last couple of years, Race Sim Studio with @garyjpaterson on 3D duties, proudly present the free Formula RSS 3 V6 racing car.

This car is built to the specifications of the 2019 Formula 3 racing series and features:
The project spans months of research and development as well as discussion and feedback with the racing teams of this championship.

We hope you enjoy driving the car as much as we enjoyed creating it for you! For any more information, please visit our Race Sim Studio website.
----------
Car Livery Templates
racedepartment.com/downloads/skin-templates-formula-rss-3-v6.26742/
Reactions: jibbygixxer, steveplayer1, Brno_. and 78 others

Visually the car is fantastic, but the "out-of-the-box" setup is very nervous, especially for what is a junior feeder-series car. I won't knock a star for it because it's a matter of preference and finding the right tune to dial in some more stability; a science I haven't exactly mastered.
Upvote 1 Downvote
fantastic work . anyone know if the DRS is working ?
Upvote 6 Downvote
Sounds good, best quality, fun to drive
Upvote 0 Downvote
Nothing to be worry about, great car with great physics.
Upvote 1 Downvote
this is amazing for a free mod
Upvote 0 Downvote
great mod
Upvote 0 Downvote
thank you very much,look like GP2,and look great from the screenshots.
Upvote 0 Downvote
this beautiful mod, the graphics are perfect, the driving style is not bad too, do one also for the formula 1, thanks
Upvote 0 Downvote
Holy Jesus H. Christ this thing is oversteery. I'm pretty used to other open wheel cars in AC and the GTs, and the back end is a giant rodeo, no matter what wing settings. I think the biggest weirdness I found was in the Monaco Tunnel, which you can't take flat out. The back just spins 2/3s into the tunnel unless you lift. No matter the wing settings. I haven't had that in any car that's got some downforce in the back pocket. In general it's the first car that no matter what settings I put in, oversteers at turn-in. Spinning out on exit I get, but it feels as if at turn in, someone slams a giant nail into the front wing, the car pivots around this imaginary nail, and then the back end shoots out in inertia. Almost as if the weight distribution was somewhere close to the front axle. Can't take the wing off less than 10 degs so that might be it? I don't know, it's weird.
Also DRS amplifies the oversteering issue even more. Take the Advan-Corner on the Nürburgring, which is a right kink under DRS. The car becomes ultra sensitive to the tiniest steering inputs. I have to turn the wheel like 10% of what I have to turn in other cars, which is really really tiny.
Other than that it feels like riding a bull that's been louisville sluggered into the... the model is actually well done. Sounds feel good. One minor point is that sometimes double downshifts seem not to play the second sound while the first one is cut off as intended (leads to confusion whether the gear actually went in), but the engine sounds are actually enjoyable. I'm still struggling to find the proper value for the steering assist ffb setting, but that's not on the developer. Under the rare occasion that the car decides to grip, the physics feedback is quite amazing, but sadly you're usually a torero.
Upvote 4 Downvote
Absolutely stunning version of a really nice single-seater.
Upvote 0 Downvote
For a free formula car this is outstanding, and got me into getting most of their other mods.
Upvote 0 Downvote
very quality
Upvote 0 Downvote
great mod
Upvote 0 Downvote
Great mod, lots of fun to drive, thank you :)
Upvote 0 Downvote
this is great!! is there a way to get the brake lights to work? (then it would be 5 star definitly!)

NeverKrash
The car does not have brake lights.
Upvote -5 Downvote
The experience overall is very good, besides the tires. Whenever I try and brake, the tires heat up to 1k degrees. I think the tires need updating. I'm still giving this 4 stars because its only when under heavy breaking.