Log in to download, or make sure to confirm your account via email
Ask a question
Reviews (2) History
Brickyard Legends Team present :
Ford Capri III Turbo 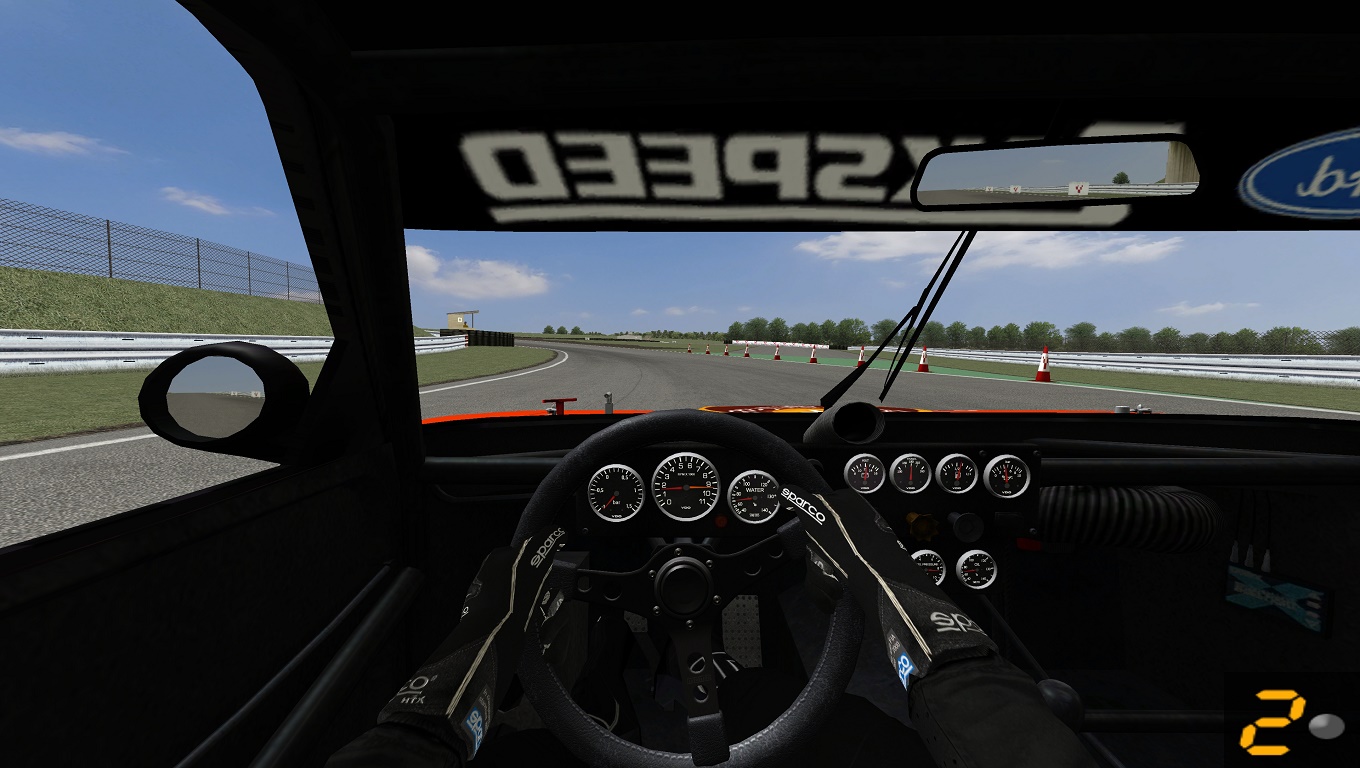 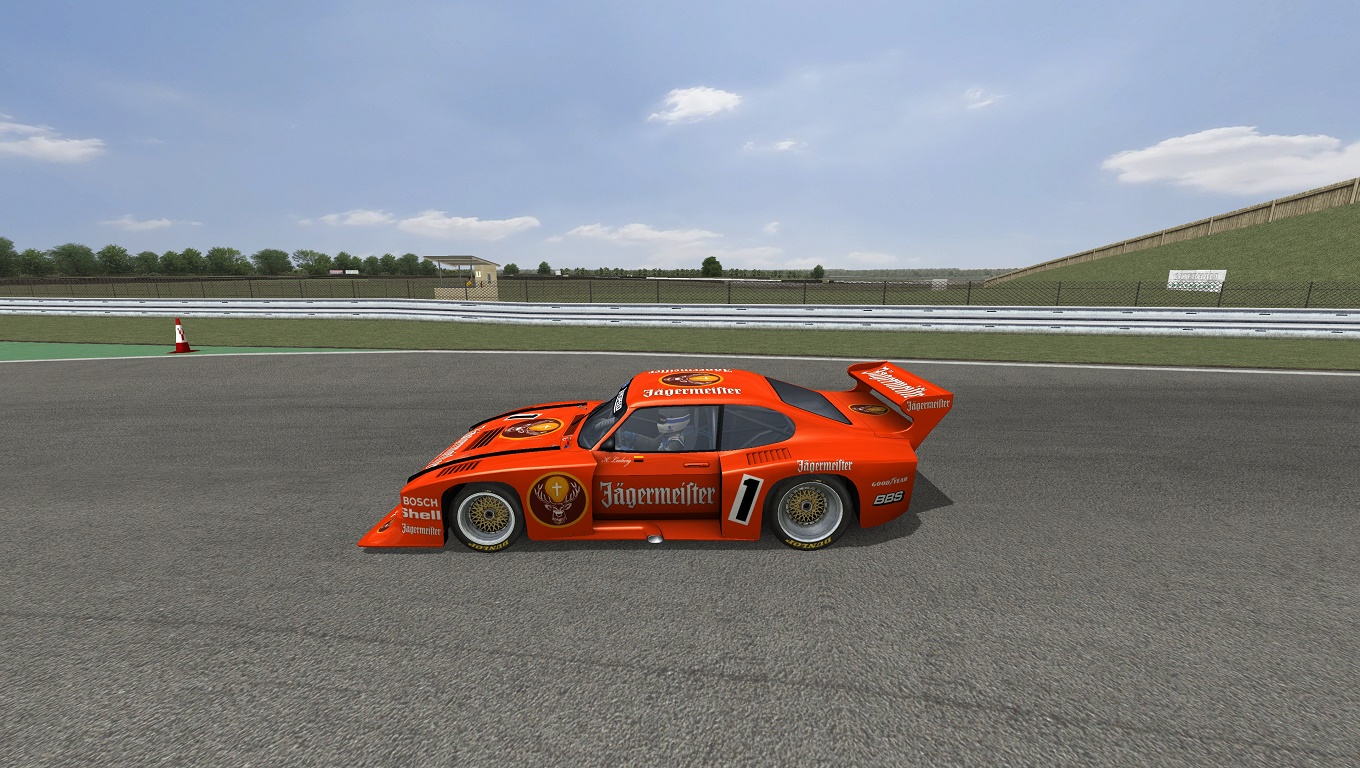 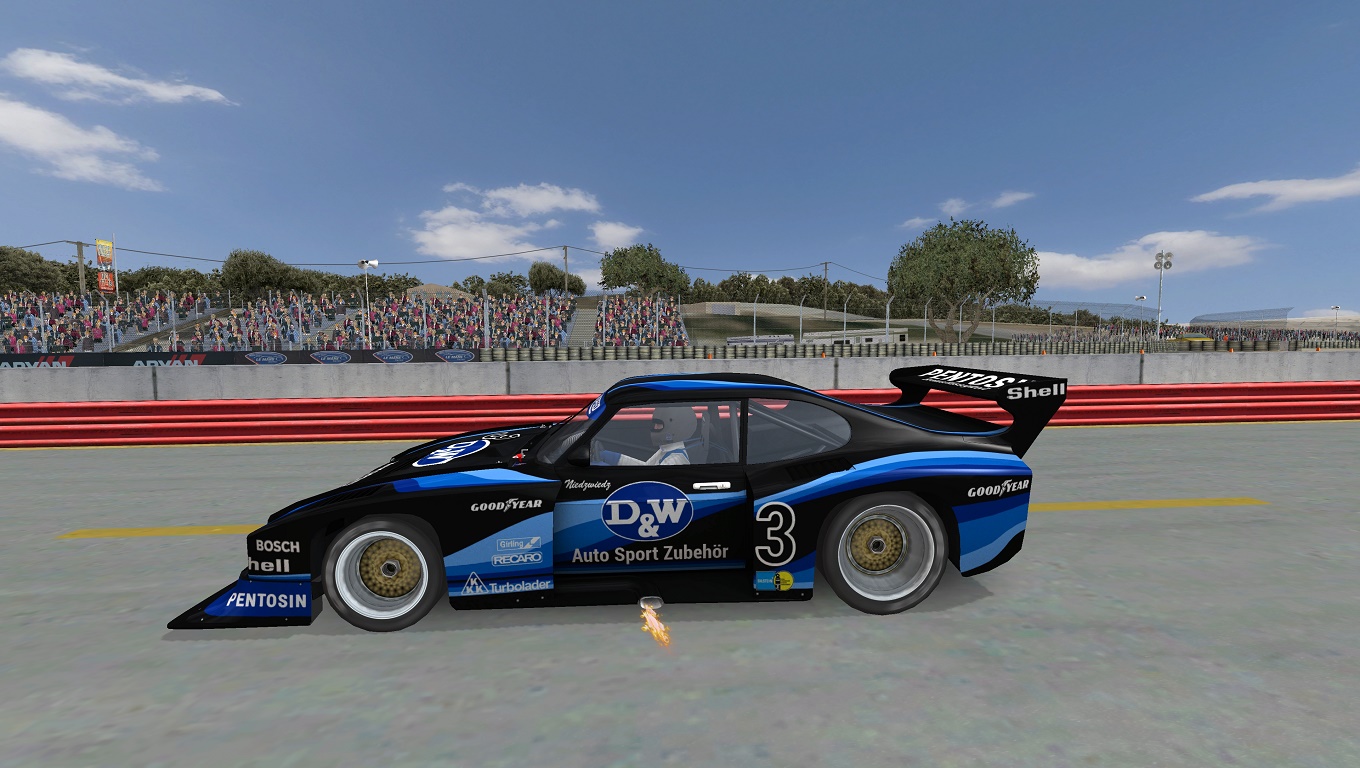 Soon after the popular 'Group 5' regulations were adopted by the competitive German DRM Championship, Ford of Cologne commissioned long-time partners Zakspeed to prepare a suitable racer based on the third generation Capri, which was due in 1978. The DRM Championship was split was into two divisions; the first for engines displacing over two litres and the second for engines of under two litres.
Although Group 5 regulations did dictate that the racers had to be based on production road cars, relatively few actual components had to be carried over. This allowed Zakspeed to craft a purpose-built spaceframe chassis. Construction from aluminium tubing and incorporating the roof structure from the production Capri this very lightweight structure tipped the scales at just 70 kg. In addition to the road car roof, the new chassis also used the same windscreen and side windows dimensions to comply with the regulations.
Ford and Zakspeed opted to run in Division 2 with a turbo-charged four cylinder engine. Its cast-iron block was derived from the production 'Kent' engine and fitted with the Cosworth developed alloy 'BDA' head. This featured twin overhead camshafts and four valves per cylinder. Taking in account the 1.4x equivalency formula for turbo-charged engines, the Zakspeed engine displaced just over 1.4 litres. Equipped with fuel injection and a KKK turbo-charger, the new engine produced around 370 bhp in its first guise. Mated to a Getrag-sourced, five-speed gearbox, the compact engine was mounted slightly off-set to the right in the chassis. Much of the Zakspeed Capri's running gear was derived from the earlier Capri RS3100 racing car also developed by the German team for Ford. Among these tried and trusted components were the front suspension, rear axle and brakes. For an optimal weight balance, the new racer also incorporated the RS3100's rear-mounted radiators. In addition to the roofline and the glass, the Group 5 Capri also sported the production car's radiator grille. This fed fresh air to a pair of intercoolers mounted ahead of the engine. The rest of the very wide 'silhouette' body was crafted in lightweight Kevlar composites. The nose featured a full-width splitter and the rear deck sported an equally impressive wing. Thanks to the use of alloy and composite materials throughout the car, the Ford Zakspeed Capri weighed less than 800 kg.
In the hands of Hans Heyer the Group 5 Capri debuted during the Hockenheim round of the DRM Championship, which coincided with the 1978 German Grand Prix. It proved quick straight out of the box with Heyer placing the car on pole but during the race he was forced to retire with an engine failure. Reliability issues dogged Heyer twice more before he finally was able to convert the raw pace of the Zakspeed Capri in a victory at the Nürburgring season finale. During the following Winter, development continued with an eye on both improved performance and reliability. The result was a power increase to an even more impressive 400 bhp @ 9,000 rpm. Zakspeed built a new car for Heyer, with the earlier example being allocated to journalist/racer Harald Ertl. In their first full season there was no stopping the Group 5 Capris with Heyer scoring nine victories in fourteen attempts - and this was more than enough for Heyer to win the 2-litre championship.
Seeking new challenges, Zakspeed also fielded larger engined Capris in the over two-litre class from halfway through 1979. Initially the revised engines displaced just over 1.5 litre but eventually a 1.7 litre was available using a new aluminium block. A twin turbocharger setup was also tried but found ineffective. In ultimate Division 2 guise, the tiny engine produced a staggering 495 bhp while the most powerful variants pumped out close to 600 bhp. From 1980, wing sizes were limited but Zakspeed compensated for the loss of downforce by adding ground-effect tunnels. During the 1980 and and 1981 season, the Zakspeed Capris were continued to be raced with great success in both divisions. Heyer had moved to join Lancia but very worthy replacements were found in Klaus Ludwig and Manfred Winkelhock. The former would go on to win the 1981 DRM Championship outright, beating the much larger engined Porsches. For 1982, Ford eventually followed by Zakspeed turned their focus to the quickly emerging Group C class.
- mod includes ten physics sets :
ZAKSPEED_DRM78_TURBO.HDC - 1978 DRM championship, 1.4lt
ZAKSPEED_DRM79_TURBO.HDC - 1979 WCM,DRM championship, 1.4lt
ZAKSPEED_DRM80_TURBO.HDC - 1980 DRM championship, 1.4lt
ZAKSPEED_DRM81_TURBO.HDC - 1981 DRM championship, 1.4lt
ZAKSPEED_DRM81D_TURBO.HDC - 1981 DRM championship, 1.4lt (Diffuser)
ZAKSPEED_GR579_TURBO.HDC - 1979 WCM,DRM championship, 1.5lt
ZAKSPEED_GR579H_TURBO.HDC - 1979 WCM,DRM championship, 1.5lt
ZAKSPEED_GR579W_TURBO.HDC - 1979 WCM,DRM championship, 1.4lt
ZAKSPEED_GR580_TURBO.HDC - 1980 WCM,DRM championship, 1.7lt (Diffuser)
ZAKSPEED_GR581_TURBO.HDC - 1981 WCM,DRM championship, 1.7lt (Diffuser)