Introduction
Another quick project from me, cause I just enjoy building open-wheel cars with visible suspension for some unknown reason.

This one's built from several junkyard Dodge trucks; the frame is a crewcab, engine is a Cummins 6BT. To suit the land speed open wheel style, the frame has been narrowed and the engine moved to the center of the car, with the driver sitting behind in its considerable shadow. The suspension is nearly stock, although the rear leaf springs have been thinned out since it has no bed to carry loads in. Of course the rear axle is a fully custom, Winters quickchange with extremely low ratio drop gears to allow high speeds from the truck transmission that originally topped out around 85mph.

Aside from the differential, a compound twin turbo, increased fueling, and built internals has increased the power level to more than 5 times the stock output. Redline is still a conservative 3000 rpm, but the turbo setup doesn't need any more, making over 5 bar boost from 1700 rpm to redline. 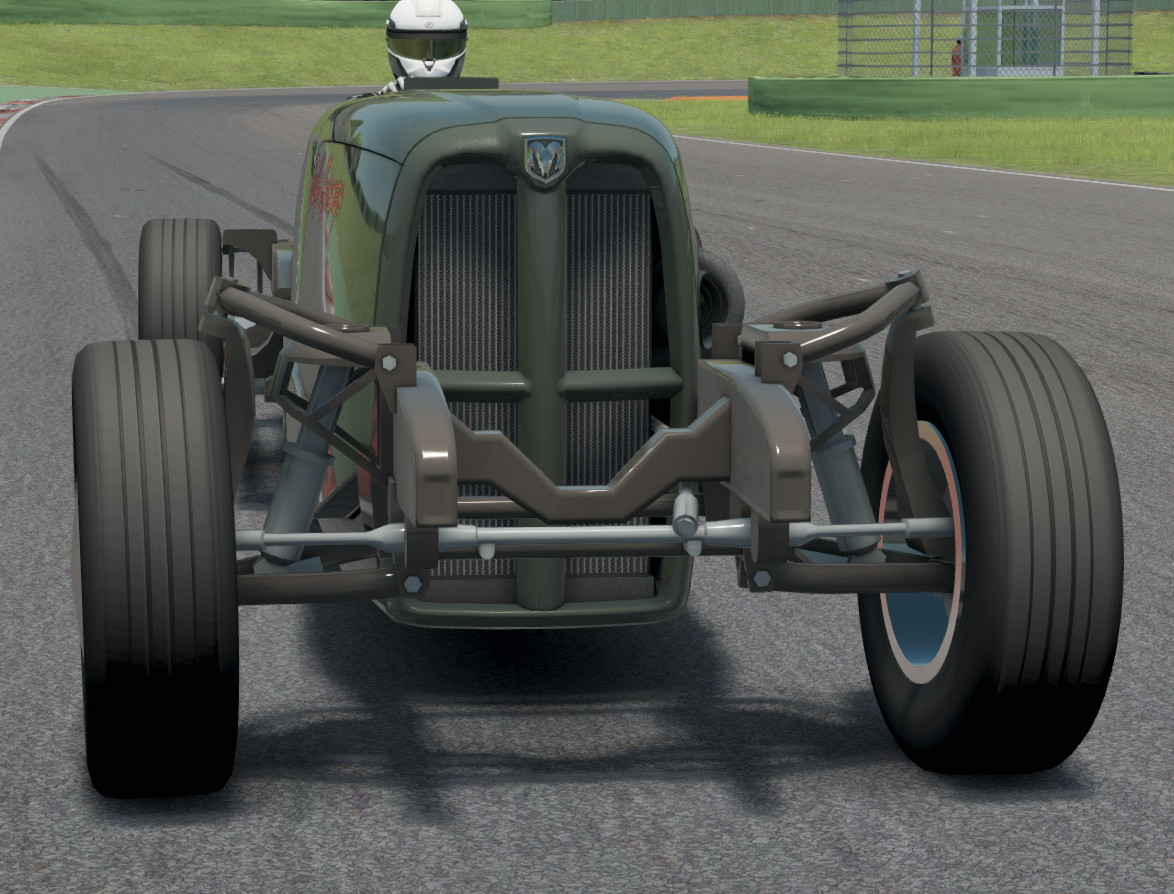 Driving the Beast
With the right final ratio this former truck is capable of exceeding 210mph. For circuit use, 200mph is probably the highest you'll need, and there's enough power that there's not much point going lower than that.

The brakes are designed to bring it down from 210mph to 0, once. Hotlapping will heavily overheat the brakes and you should be advised to brake early on later laps.

At full throttle it is capable of spinning the tires at any time under 150mph, so some throttle modulation is in order. On the first outing you'll probably not want to exceed 30% throttle until you hit 100mph and 4th gear. Take it easy. There's no safety equipment on board.

The rear axle is spool, no differential, since it's intended for straight line travel. You may need to goose it around corners to help it turn. It scrubs the front tires quite a bit in tight corners, because of that and the steering geometry being designed for a wider track width. 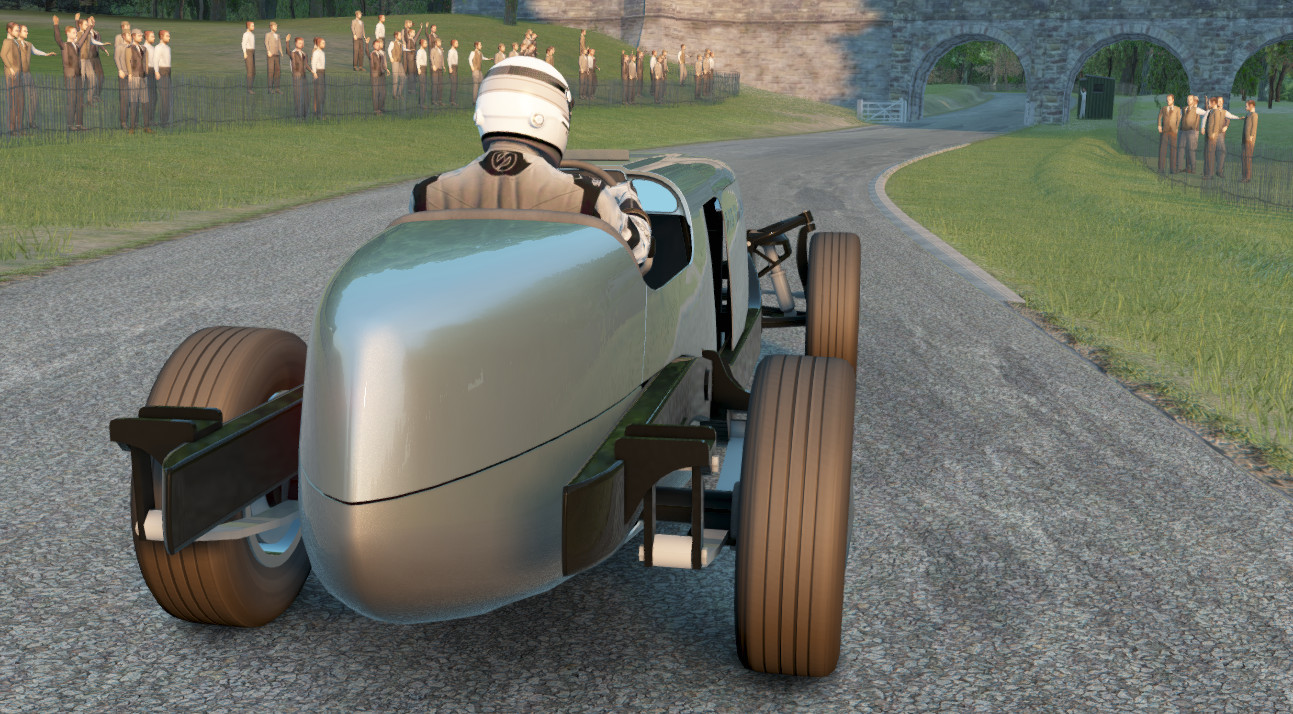 Credits
Stereo: model, textures, physics, skins.
mclarenf1papa: physics advice as always.
mboyd5: soundbank (see alternate options - IMO the 3100 RPM 2JZ is the most reasonable, and is the one included)
Reactions: m3000gtr, Dwarfi85, Paulo Ribeiro and 41 others

It's like driving a confused penis
Upvote 17 Downvote
I have no idea what this thing is trying to be, all I know is that it's AMAZING!
Upvote 0 Downvote
brutal and artistic at the same time, thank you good sir!
Upvote 0 Downvote
Naturally attracted by vintage and/or non-mainstream cars, and as it looked like a '30's sport car, I downloaded your mod yesterday; then, discovering the beast, got very surprised on first laps (what's this thing??). And finally I had real good time driving it all night.
Quite over the top with torque, horsepower and zero assistance, sure, light foot is mandatory, but it is a fabulous monster!
Also enjoyed the various names and quotes put on each skin, lol.