Log in to download, or make sure to confirm your account via email
Overview Updates (3) Reviews (5) History Discussion
Ask a question
Reviews (5) History
The Circuito de guadalope belongs to the golden age of Spanish motorsports, located in Alcañiz, an urban section of 5.3km in length, with very tight curves, hairpins, slopes with unexpected jumps and the elevation of the terrain is a roller coaster.

In those streets there were mainly touring car competitions, but also cars like the porsche 917k flying through those streets, because long ago there was a category of prototypes. 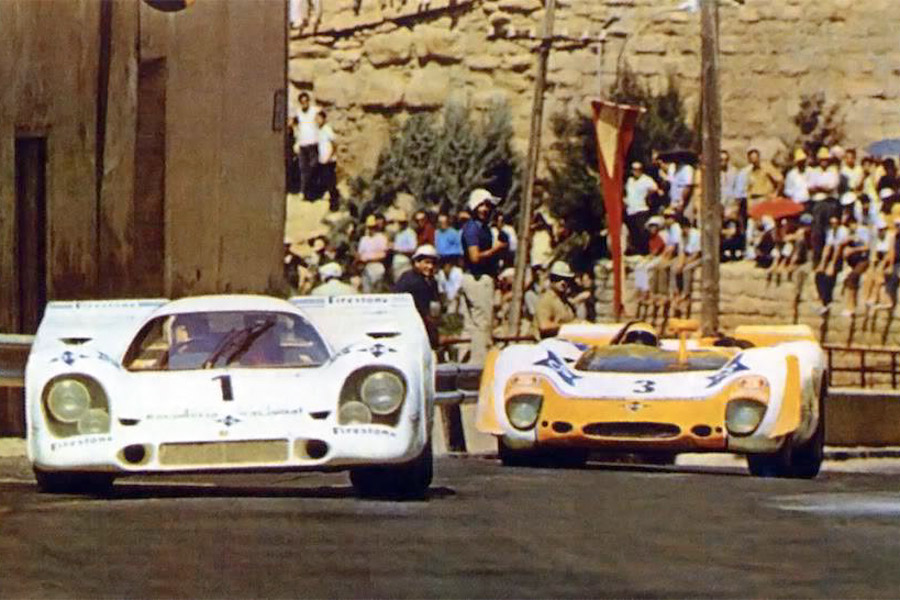 The circuit is originally made for rFactor, and it is the very poor original source, but I am going to rework it completely.


About the versions of the circuit.

I consider 1.0 as the first step of the rework and my sketch of what it will be like in the end.

Version 2.0 will no longer be a rework, there will be nothing left of the 1.0+ circuit, because everything will be done from scratch.

When version 2.0 is ready I will do 3 different stages, this will be the 1985 version, there will be another with more modern buildings and with added chicanes, to simulate the last era of the circuit.

A 1965 version will also come with the buildings according to that time and with the 3 surfaces that it had at that time, gravel, old pavement and cobblestones.
Reactions: Draugnimir, King Gibbo, Jaymz and 13 others

A lot of work has been poured into this historic track, yielding an already very nice, atmospheric, track. Lots of details, buildings add to the immersion.
Keep up the good work this could end up to be magnificent.
Upvote 2 Downvote
I do think the two-star review here was unduly harsh - especially as a first effort, you deserve credit because it's a decent effort in my opinion. It's a nice circuit to drive, very much suited to the single seaters I feel - the first turn particularly is sharper than you think it will be! Looking forward to this one when it's more complete. :)
R
r3b3ld3
The curve just after the bullring is more dangerous than the first hairpin (the funnel is called that curve)

In '86 they added a chicane there because in '85 a pilot was killed in that corner, the circuit is inspired by the publicity in 1988, but I have eliminated the chicane because it is the most exciting corner of the whole circuit.

You can do it with full throttle, but you have to make a perfect trajectory because you have less headroom than it seems, and it's very easy to go head-on against the wall.

I have done this 100% thinking about the online mode, because if you do not make that curve fully and other drivers do, they will get a lot of advantage for each lap, my idea is that this circuit is dangerous and that the minimum failure costs you to go to the pitbox
Upvote 2 Downvote
I love this one track! I hope you continue on improving as the AC community deserve this gem! Thanks!
Upvote 2 Downvote
First efforts are tough, especially if its a track you always dreamed. Bad source is hard to overcome, good luck!
Upvote 3 Downvote
Very interesting circuit, thanks for sharing it and 3 stars for your intention to recreate it. A LOT of work! Respect! Following impatiently ;)
Upvote 1 Downvote
Read more…