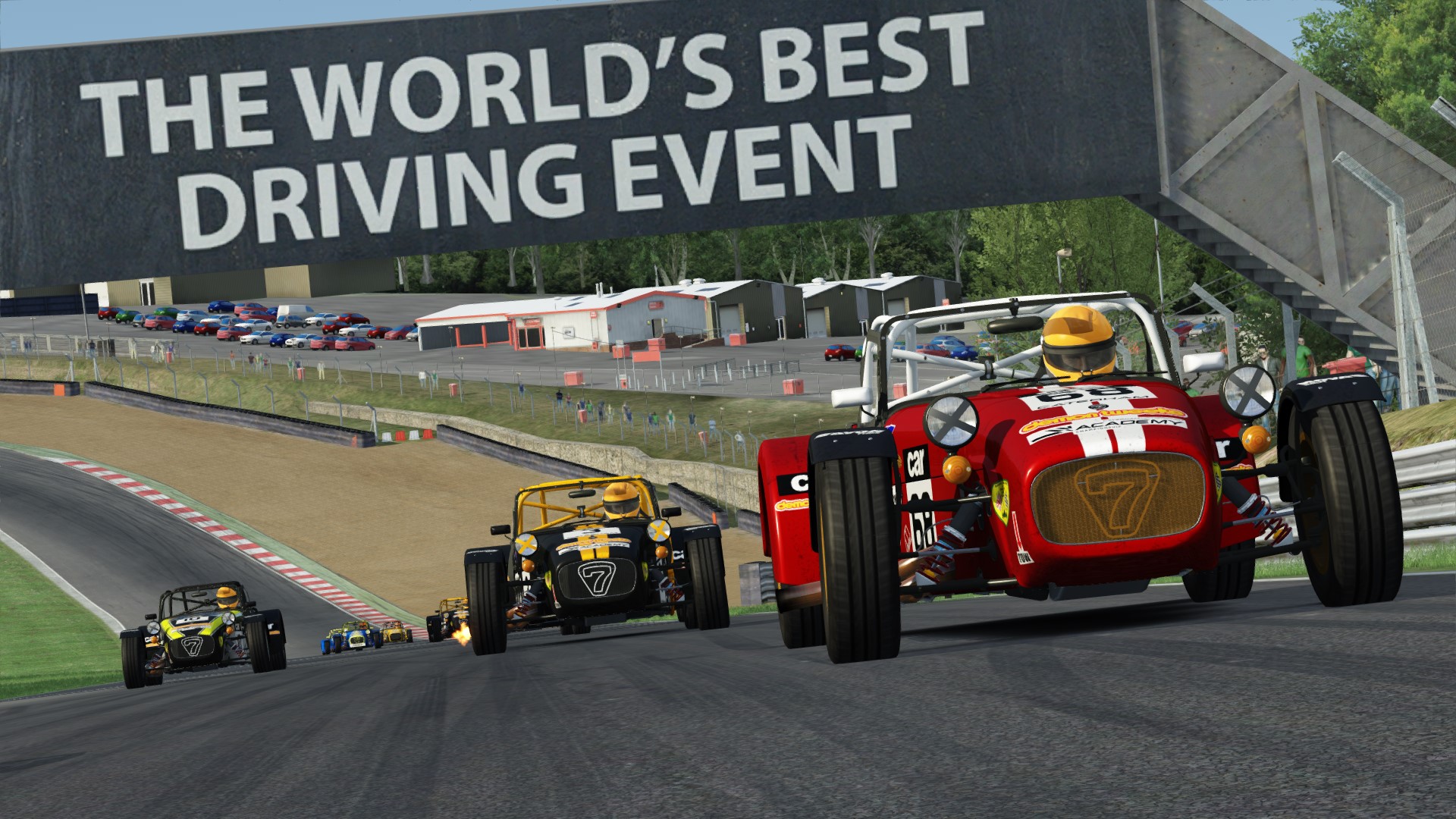 Some nice races in CaterhamRacer with great commentators :


♦ Disclaimer ♦
Please... if you want to share this mod, only share the link to this Race Department page!
And of course, please do not modify, copy or upload any part of this mod without my permission.

Lot of hours went into it so we hope you enjoy it!

NB: if you were to enjoy it that much and wanted to say thank you, feel free! Beers will be shared between Jack & i

Hi
Thank you very much for this mod, I did a little 10 laps race at Brand Hatch (https://www.youtube.com/watch?v=qe1f_EJTMR4), and it's really one of the funniest and nice assetto corsa's mod for me. :)
Upvote 0
Superb!!!
Upvote 0
Excellent
Upvote 0
A Real Blast!!!!!!! So much fun. and beautiful. and FUN!!!!
Upvote 0
It is a joy to drive. Excellent physics! And I'm getting much better fps now. Thank you so much!

Ben O'Bro
glad to hear about fps, that was the purpose of the work done ! This and better skin compatibility between academy & 420r. The physics are still the same by the way :D
Upvote 0
Better than ever. Thanks!
Upvote 0
One of THOSE mods...nothing else to say.
Upvote 0
Not just super, Super 7
Upvote 0
Wonderbar!
Upvote 0
0k =) Thank You ;)
Upvote 0
Fantastic cars, excellent all round
Upvote 0
A real pleasure to drive
Upvote 0
a wonderful little car, very friendly to the driver, while it looks and sounds brutal. thanks to the author for the excellent work.
Upvote 0
I've had so much fun with this car. Comparing it to the real thing by watching onboard footage of actual races really shows you how much effort has gone into this. Great job.
Upvote 0
Amazing Mod, Thank you !

Ben O'Bro
Hey glad you like it :) We're working on finishing it by the way... cheers for the beers !
Upvote 0
excellent in brands hatch & silverstone.
thanks you for this péesent.
Upvote 0
Great mod, in conjunction with the various British track mods and a VR headset it brings back great memories of doing track days in my own Caterham-esque kit car.

On that subject have you thought about doing a variant with a motorcycle engine? Caterham themselves made a model with a Fireblade engine that weighed under 400kgs and quite a few have been converted using Suzuki Hayabusa engines. I've had a go at making a tune myself with rudimentary weight, gearing and engine output changes but I don't pretend to know the ins and outs of AC car mod creation so I'm sure it could be massively improved upon.
Upvote 0
Superb. Best Caterham out there. Thanks, 10 out of 10 in VR.
Upvote 0
0k Muchas Gracias ;)
Upvote 0
5 thumbs up
Upvote 0
Read more…