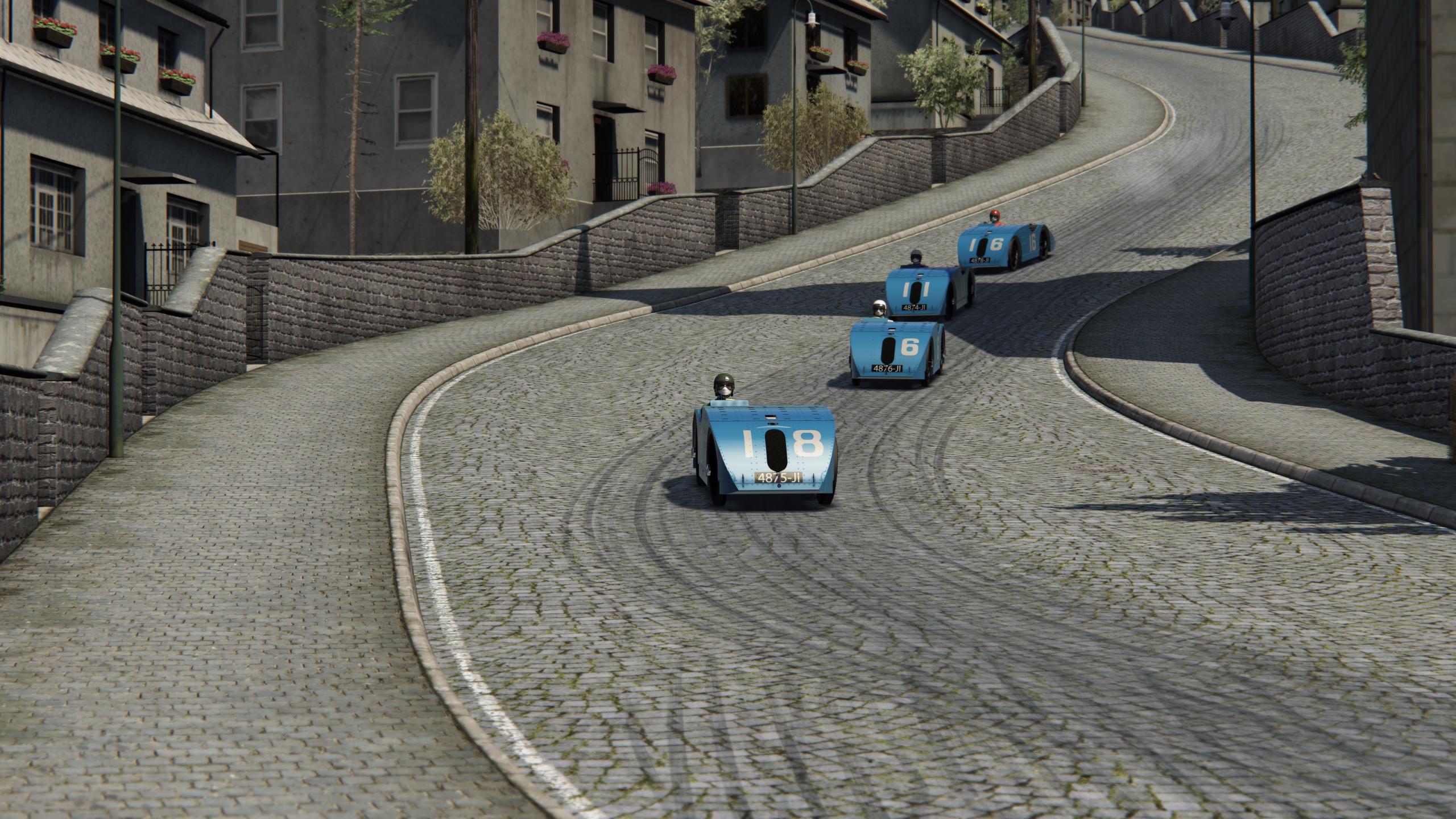 This is still a bit of a WIP but I feel like I could go on tinkering and polishing for months so here it is. It's drive-able and the model is mostly complete so I thought I'd release it for anyone who shares my fascination with this era.

Physics are largely guesswork, partly through lack of information, partly through lack of knowledge on my part. I went so far as ordering a back issue of 'The Automobile' from March, 1983 because it had an article from Paul Foulkes-Halbard about his type 32 but aside from the wheel size and some pictures showing a bit more detail I didn't find anything I didn't already know. Frustrating but I think it's better to have something you can improve and make more accurate if the chance arises than not to bother at all. 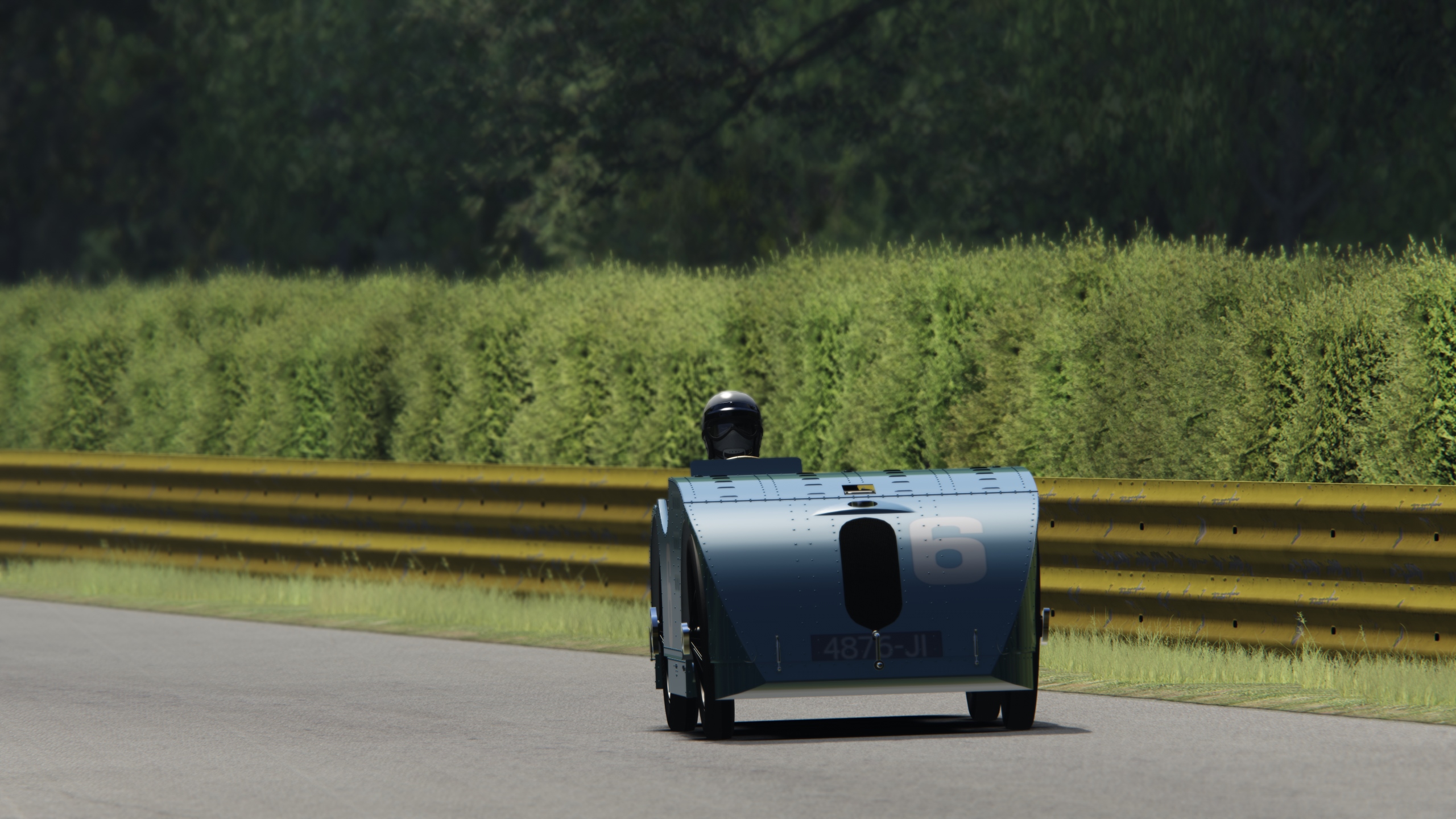 I've added an invisible front wing that you can set if you want to experience the lift the car was said to generate at high speed, it's off by default because I've always felt a little dubious about that story but it's there if you want to try it, makes every fast corner a little adventure Also made a riding mechanic as that was the way at the time but I couldn't find a good way to give him some movement, make him look less like you're taking a corpse for a drive so I've removed him for now. Might add him back and make it a set-up choice if that seems more immersive. 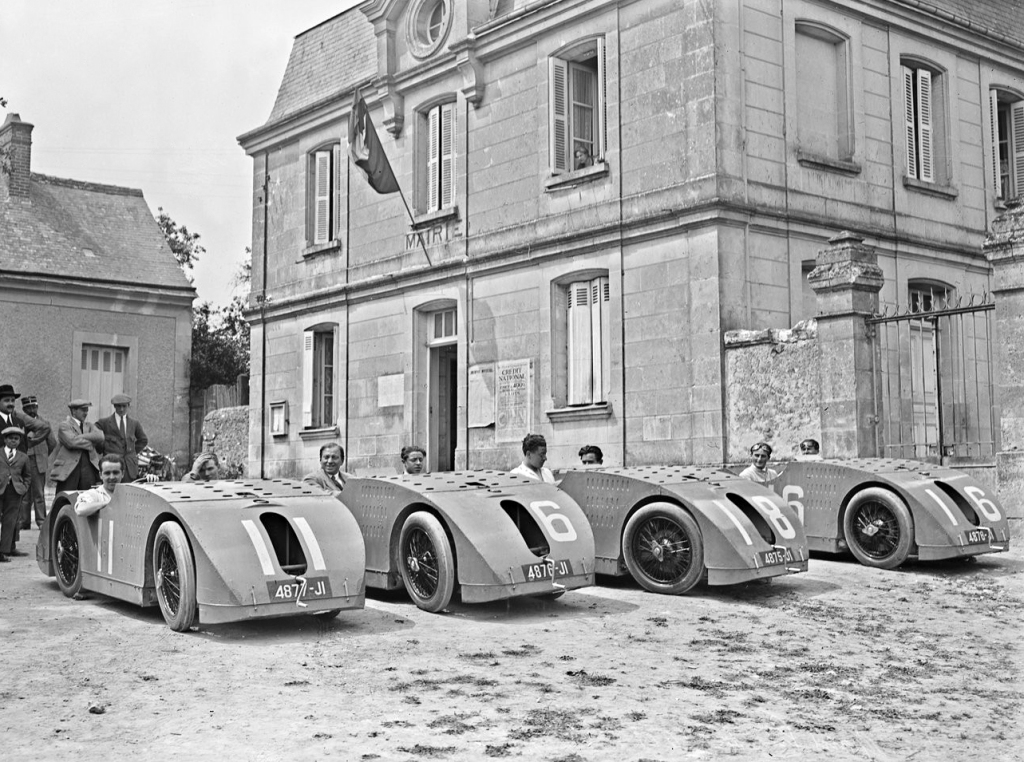 Skins are the race numbers and reg. plates of the Bugatti team in the 1923 French Grand Prix. Sound is from actual Bugatti straight 8 engines, although I don't feel I've quite captured how vicious and snarly they sound in action.

My first mod, learnt an enormous amount in the process but I still have a lot more to learn so I know it's not perfect. Hopefully, people will find it as fun and immersive to drive as I do but I'll be happy to hear any constructive criticism and make changes to future versions. 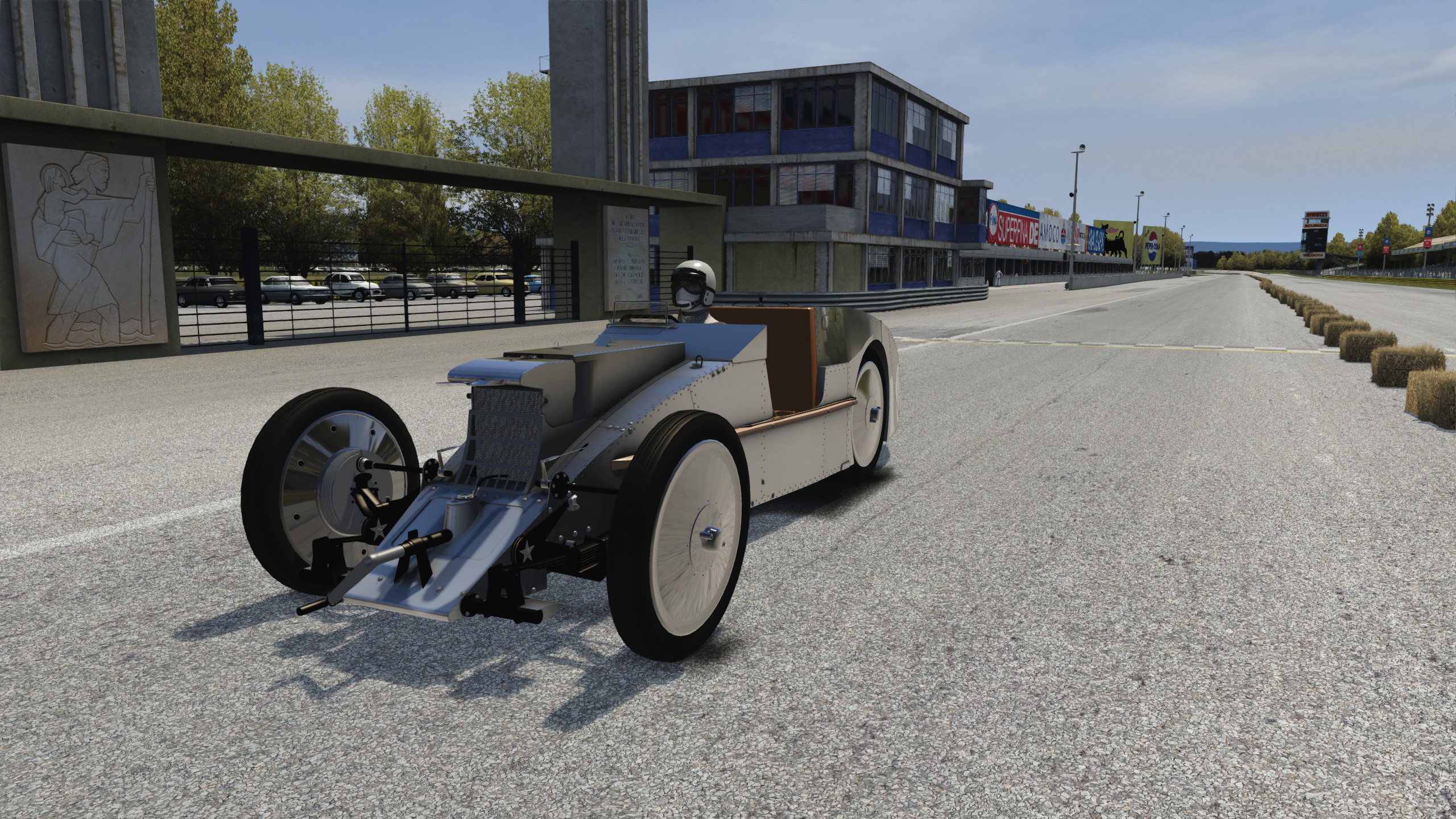 P.S. I've been working on some opposition too. Got carried away and started this not long after the Bugatti so it's nearly done now.

can you tell me which track you used for the first screenshot? It looks amazing

The first time I saw backfire in the footwell I thought I had some sort of graphics glitch. Then I had a look and realised, no, I really could see the entire engine from the cockpit! These modern racing drivers don't know how easy they've got it ;-)
Upvote 0 Downvote
Expectedly challenging to drive given the car's age. My one complaint with this mod at the moment is that the driver's head shakes violently under acceleration from a standing start.

Nicecuppatea
Fair point, I wanted to give the driver a bit of life and movement because he's so visible in these cars but I probably went a bit OTT. There's a few things I want to update and change on the Bugatti so I'll have a look and see if I can make the driver less of a headbanger :)
Upvote 0 Downvote
Excellent work, very original, thank you!
Upvote 0 Downvote
Thanks for this, had some fun round the pre-war Donington last night. I particularly enjoyed watching the carburettors backfiring - was there really no bulkhead? I don't care :)

Nicecuppatea
Glad you enjoyed it. There's no firewall in the original car, it's quite odd for a Bugatti because his Grand Prix cars were usually pretty well made and nice to look at but this one looks more like it was lashed together from spare parts and off-cuts. Maybe it's because it was experimental and they hadn't quite figured out how to build something so different to the standard of the time?
Upvote 0 Downvote
thxs good job
Upvote 0 Downvote
Wow, is very very very funny to drive. thx
Upvote 0 Downvote
this is amazing, and the competition looks fun as hell to. cant wait
Upvote 0 Downvote
Read more…