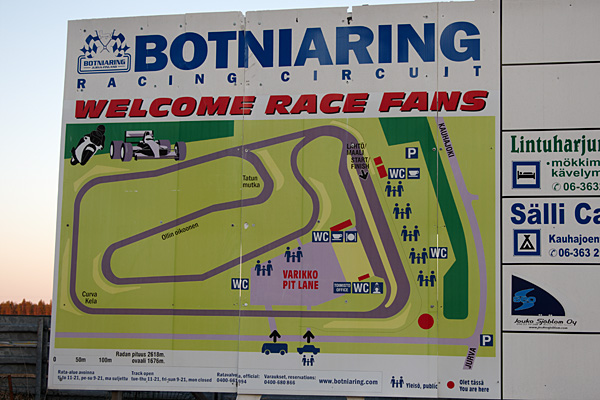 Track was build in 1989, when Club and Oval layouts was introduced. At the time, oval layout was only one in Scandinavia, though it was not used very actively. Club layout was succesfull desing, which allowed close and thrilling racing for drivers and spectators. Botniaring racetrack grew rapidly one of the major racetracks in Finland and it earn it's place as a standard venue of Finnish Championship events.

Track remains in it's original state until 2011, when decision of it's extension was made. Major design goal was to make Botniaring fastest racetrack in Finland, add training capabilities (slick track and other facilities for driving schools, for instance) and other additional services. Extension layout drafts was tested and refined with co-operation of professional race drivers in simulator, before starting actual construction work at site. Goal was reach optimal layout desing, which joins flawlesly to original track, gives enough speed and challenge, and honors track's original spirit. You can now test yourself how we managed to do our job.

This track is based on final design, which was tested in simulator and approved as a construction plan. Track's 3D model is based on CAD construction drawings and land survey reports, which gave us about 1 cm accuracy.

As you can see in track's version number (0.91), there are some known issues which will be fixed in future versions.

- HDR profiles are VERY TEMPORARY. Track actually looks better without HDR at the moment, imo...
- pit exit lights are not working yet, but there is an official to guide your legal track entry
- almost all vegetable textures are temporary, which will be replaced on future versions
- minor graphical issues here and there, which will be fixed out later
- some missing animations, like flags, will be added later 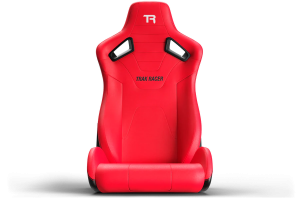 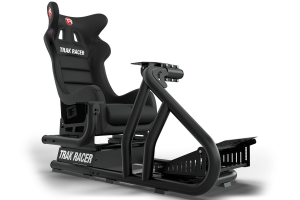