This is the #98 car that was victorious at the Monza 3 Hours race in April 2014 at the hands of drivers Alvaro Parente, Alex Premat and Gregoire Demoustier. The sister car came home not too far behind in 3rd place. The two cars also race in the GTC class in the 2014 European Le Mans Series. 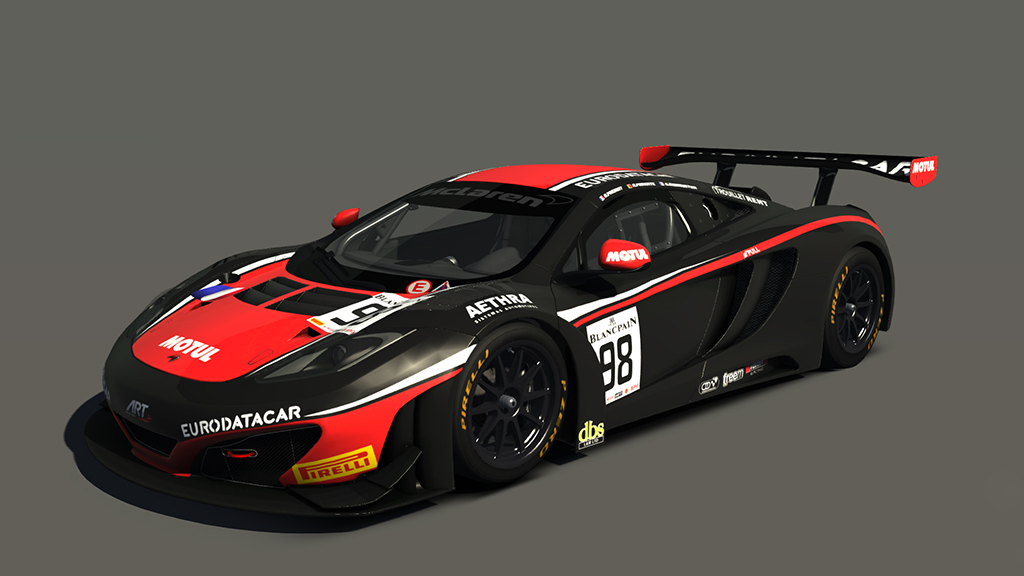