Login or Register an account to download this content
Overview Reviews (4) History Discussion
Ask a question
Reviews (4) History
Apple-Mercedes skin. I didn't change the cars colour because I though silver was best. However I am thinking about making a white or orange version, depending on what you guys want. The full team will be released soon with Steve Jobs and Ashton Kutcher as drivers. They already have their names on the car. Also I may make Samsung, Sony etc and make an entire mod of it. These guys are my heroes and inspired me to become a programmer. Also can we all just say R.I.P Steve Jobs, who is one of the most influential figures of his time.
Photos of the car: 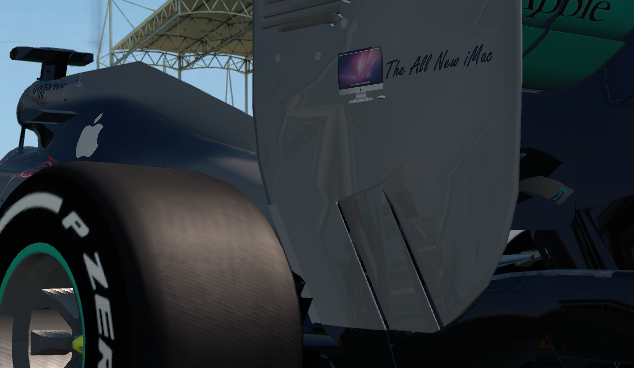 P.S. If anybody could tell me where the driver suits and pit crew suits are located it would be greatly appreciated.

chessmaster02
I am sorry. I probably should have made the logos one colour. I am working on an update that makes the car orange and white! It looks good! I will post an update soon. Sorry about the car for now.
Upvote 0 Downvote
Read more…