Seriously now...this project is a full carbon livery, replete with carbon textures made by hand specifically to get the proper carbon color, reflection, and weave size for the car. It took a long time making those 8K textures from little 256 pixel squares.... The carbon base was specially scaled per body piece so that most panels generally match and have correctly scaled carbon from edge to edge, since the Kunos templates have irregularly scaled body panels.

AMD matched colors in the fashion of M-division stripes, with custom sponsors and logos throughout, including the less common Cab Cola Dragon. The livery is 5k instead of 4k...I found that the extra resolution really made the carbon come out right . 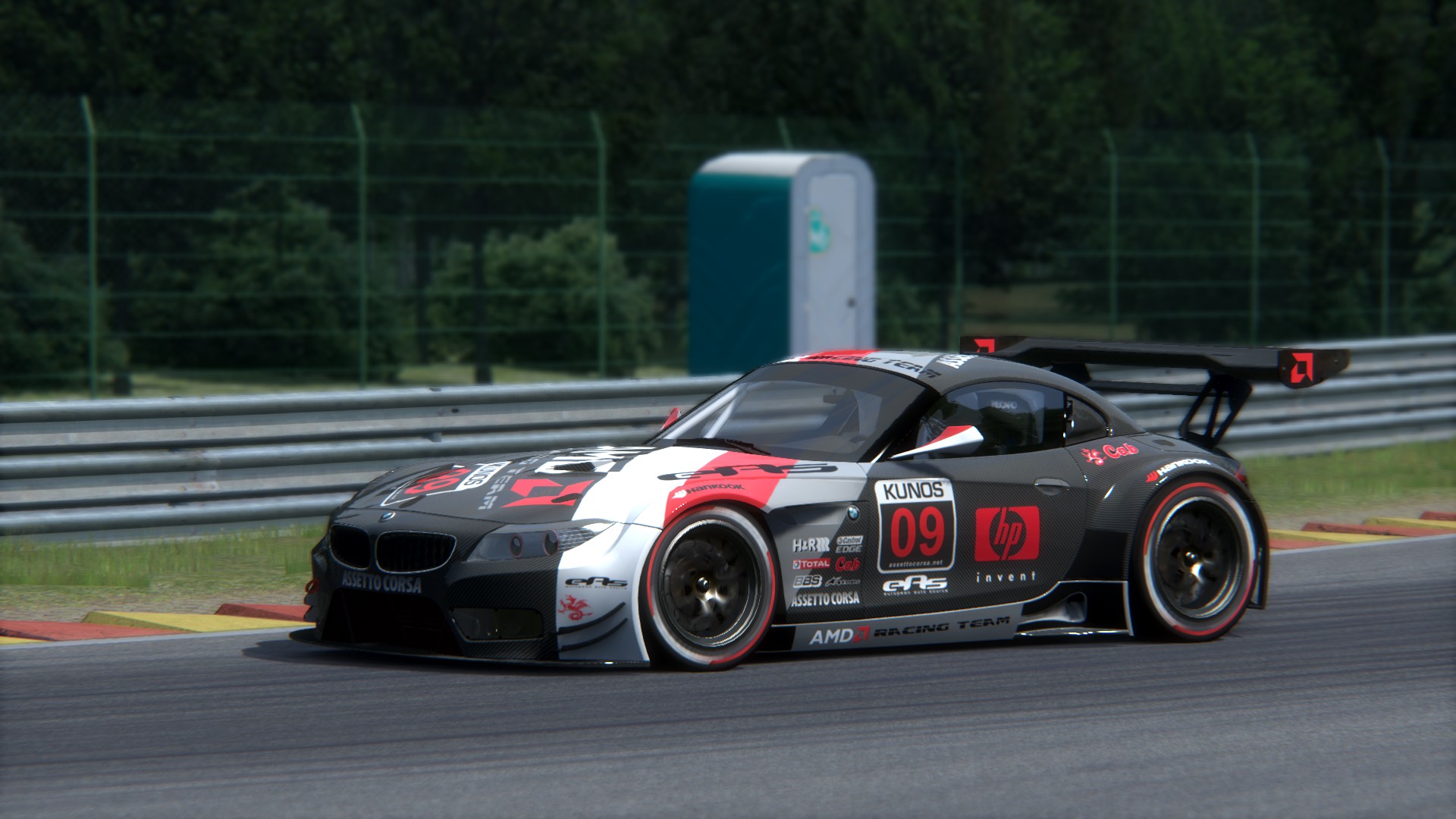 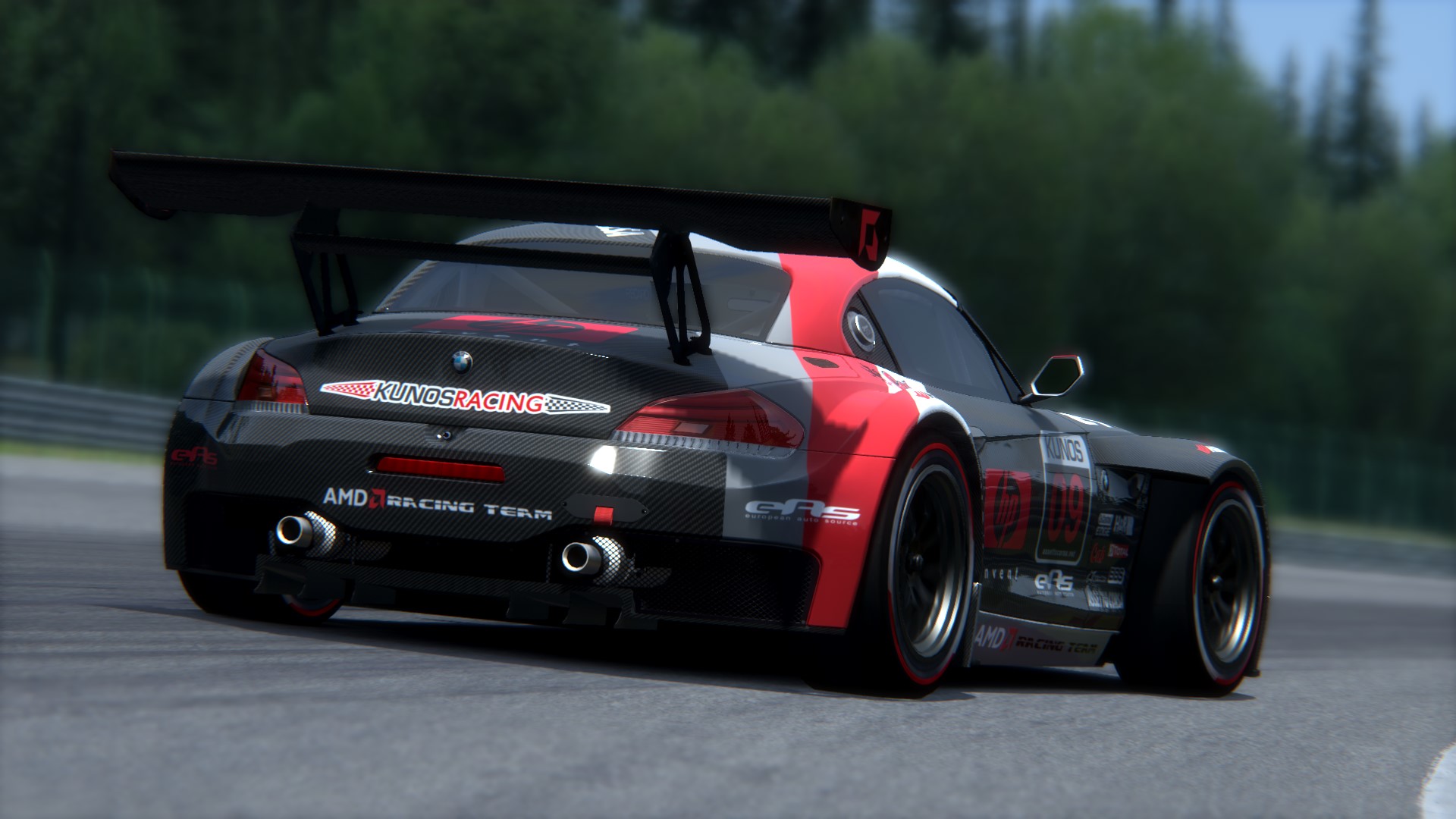 Bernd Graf
Hopefully more on the way ;)
Upvote 0 Downvote
Beautiful skin! My go to skin for the z4 from now on when I'm on my AMD rig. :D