Alternate Physics 1.0 CTF for RFPE all cars (Increased CG height and more) 1.0b

Alternate Physics 1.0b CTF for RFPE all cars (Increased CG height and more)

Summary of update 1.0b
Installation instructions included in zip.

Main differences in this update

-increased longitudinal slip, less wheel spin longitudinally under throttle, lateral is the same as before, (based on real world telemetry for gravel and tarmac)
-cars are more neutral interaction, less understeer, more oversteer on braking on gravel.
-increased peak grip for gravel, but lowered rolling resistance so cars are easier to rotate at lower speeds, (they don’t bog down or understeer as much at lower speeds) with just a flick of the wheel or tap on the brake can send the car in a controlled slide that is easier to recover from.


-Aerodynamics, returned side force values to original spec, this was experimental and it was too strong of a setting. It made cars less responsive to steering inputs and added understeer. Downforce is still present and higher at faster speeds so you are rewarded for pushing the car at higher speeds.
-mid engine 037 and Stratos have higher friction lower slip angles for the rear fatter tires, easier to control less oversteer on corner entry but still a handful.

Issues -Alpine and Renault 5 turbo rear tyre grip do not respond to modding. Also, their initial vanilla physics are different than any of the other cars so I have given up on them as far as tyres go. The other values (weight, inertia, etc are still modded)

-fixed correct rev limits for a lot of cars, including modern WRC cars rev up to a correct 8500 rpm now.


*For the center of gravity height I used real data as much as I could find. For example WRC Focus 07 raised cg height from 34 cm to a more accurate 40. This makes a big difference in the way the cars drive.


Learned more about how the handling model works by looking at an early 0.3 version of the game which included a surface_materials.mxl in the main directory. This file is hidden in the latest version. It includes all the surfaces with different depth and soil densities for loose surfaces. The CTF custom files that I’ve been editing are just the reference tyres values that interact with the surface values from the surface_materials file which has over 21 different surfaces. (including different values for the compact soil where tyre tracks are located)
The surface file is hidden in the latest 1.23 version of the game so I cannot edit all the different surfaces so any changes that I’ve made are still tyre reference values that interact with the values of all surfaces.
This is why setting a reference slip angle for the same tyre will still yield different results since the actual slip angle depends on the tyre value interacting with soil density, soil depth, car properties, suspension setup, weight dist. Cg height etc) and this is how it should be.
There is a hard gravel tyre used in Greece and dry Finland and a soft gravel tyre which is used in all of wales (cold and damp weather) and rain Finland. Same for tarmac dry tarmac compound and wet tarmac compound, snow and ice so six tyres for all the courses used.

Fixed grip from copying error for all RWD and FWD cars for gravel, wet gravel and snow. Sorry about that. Too many cars.

0.8
-Incremental increases to yaw and pitch inertia, more pronounced weight transfer, reworked values to compensate for driver and copilot weight. Used real vehicles for reference as much as I could find, as well as an inertia calculator for rfactor2.

Increasing the yaw inertia proportional to driver and copilot,
added weight makes cars behave better over jumps, cars were already more planted before but this update makes Finland a lot more drivable. Also, with the increased inertia it is harder to recover from a really high jump.

This is a comparison between WRC STI 0.7 version on top and 0.8 on bottom 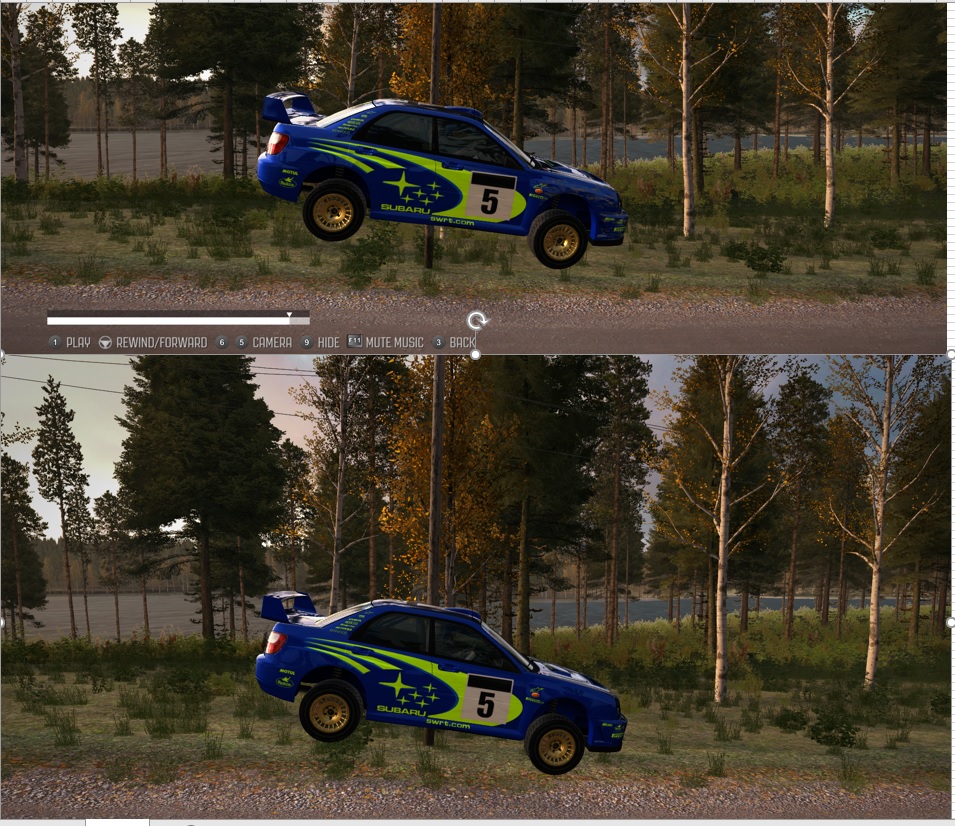 I recommend using the brakes mid air to adjust the pitch forward and gas to make the car lean backward while midair.

Also cars suspension soaks up bumps better so RWD cars are not as twitchy in the rear when cornering. Cars carry more speed through corners so brake a little earlier.

-Set default braking bias on RWD cars to be more neutral, easier to trail brake,
brake bias adjustment doesn't seem to work in game with the plugin but all other car settings work normal.

Changes in 0.7
(Working on downforce/aero next update)

Tweaked Greece dry gravel, sliding friction doesn't drop off as much as Wales, (was able to get more information on dry gravel)

Tweaked rear slip angles on gravel tires, there is more of an initial lag/understeer when tires first start to dig in heavy gravel.

Alternate Physics 0.6 Small fixes to Group B, A and slip ratio

0.6
Incremental changes and fixes in this version


Increased grip for Group B and Group A to more closely match WRC cars, gravel grip was lower on these cars and it was really difficult to keep on track in rain gravel compared to other awd cars. Still not as grippy as 2000s and modern WRC cars but more manageable.
Increased slip ratio for gravel to match deep gravel.
Longitudinal slip comes at a higher wheel spin, feels more natural, engine bogs down before reaching redline doesn't spin as freely like it is on ice. Change is not drastic from 0.5. Wet gravel will still spin more freely.
Lateral grip remains the same as 0.5 version. 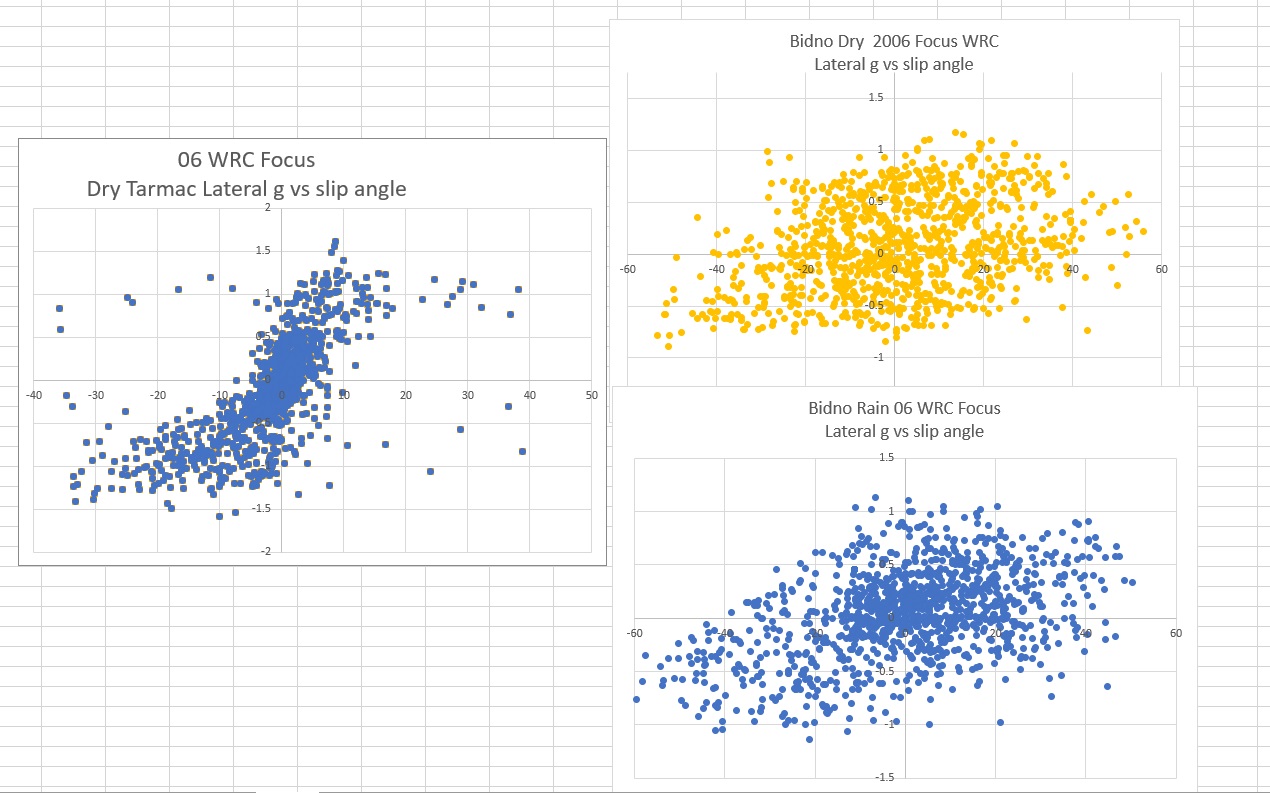 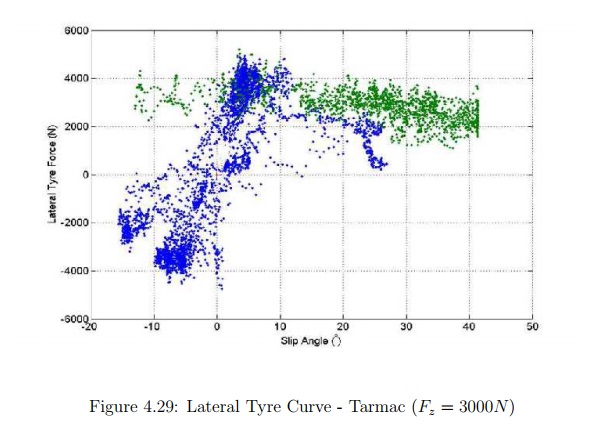 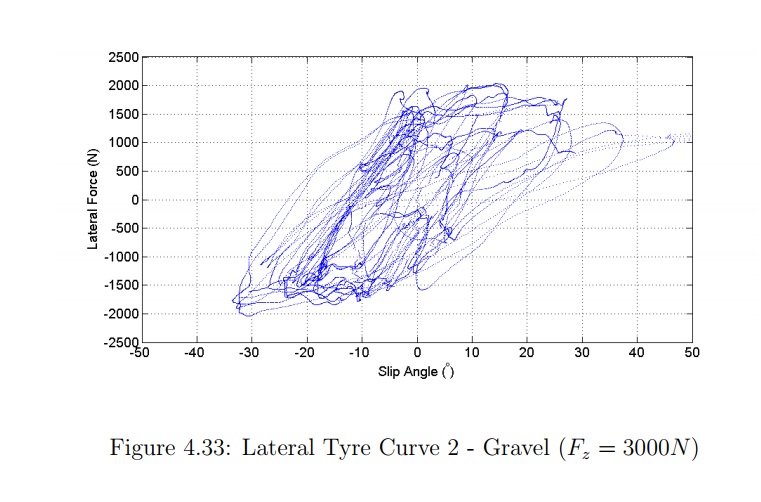 Gravel telemetry is erratic to see the typical Pacejka curve because of the erratic nature of driving on gravel. Too much suspension movement and steering but you can see it has higher slip angles than tarmac. Lateral (gs) peak at about 50-60 % of tarmac.

PS
still working on figuring out aero values.
The cars on gravel feel like they are sliding but the wheels don't completely lock up until the very end of a slide or unless the car is at an angle. Seems to be an ABS or gravel piling effect in straight line that I haven't been able to completely get rid off. The wheels do lock up on rainy tarmac.

Previous version I erroneously thought values for wet gravel were independently set which is why heavy/medium gravel felt like mud even in dry conditions. Gravel grip increased by 8%. Characteristics are the same as before. I settled on these values by comparing my times to real world WRC footage of Fiesta in the last section of Bidno Moorland and I am consistent at 1:12 secs with room for improvement, real world time for same section is around 1:10.

Ideally, the game should have 6 different surfaces to edit (dry heavy,medium,light and wet heavy medium and light) however it only has 2 main different types of gravel settings and then another section controls wetness and other types of surfaces)

New slip angles, slip ratios for all surfaces based on WRC research data

Reworked the difference between rolling/ optimal friction to final/sliding friction to match real world data (WRC articles).
Tarmac grip falls down by 20%/26% so sliding is only recommended in sharp turns and hairpins, otherwise you are losing too much grip (just like in real life)
Gravel and snow falls down by 10% so there is still grip to be had in the stalled region (optimal slip angle 15-16 ° based on real WRC data)
New slip angles for Tarmac 6.2 ° ,(more response from steering wheel) 16°s for Gravel, 15 ° for Snow, Ice 12.3° (winter studded tire used as reference)
Fixed Rallycross (AI drivers don't spin out in certain sections)
R4 cars don't feel floaty and wheel spin is properly modeled.
More info coming.

Method to my madness below 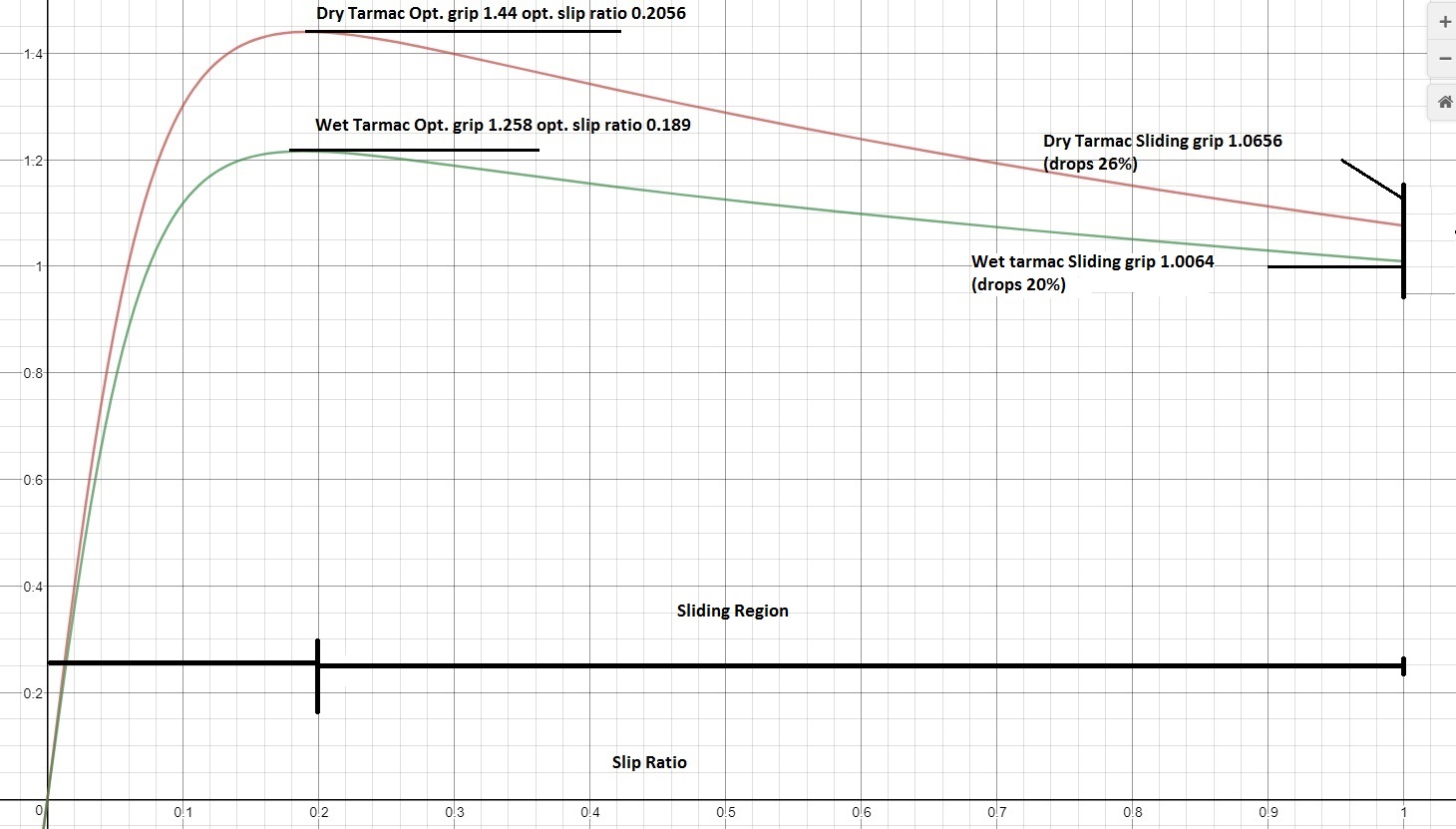 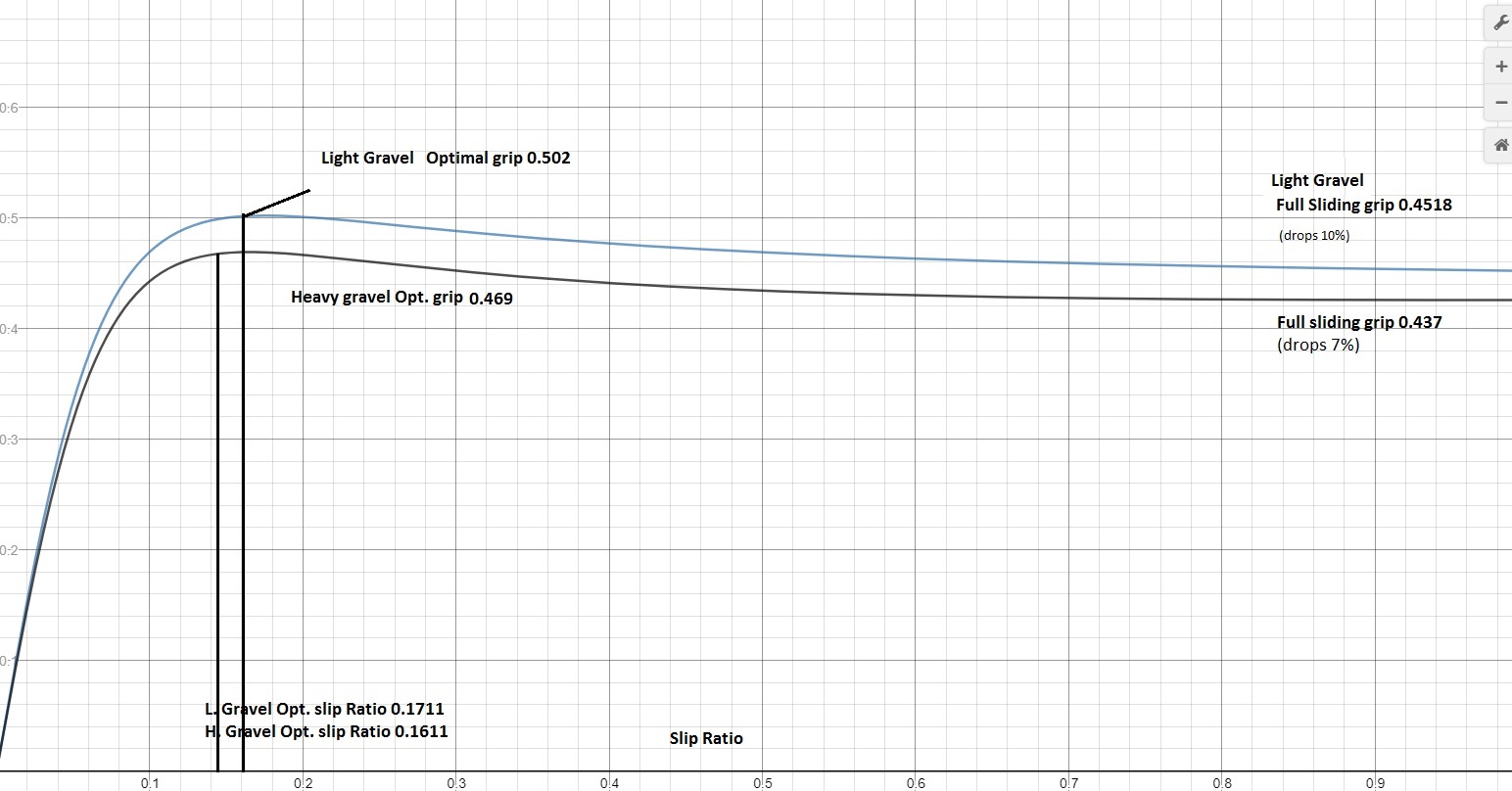 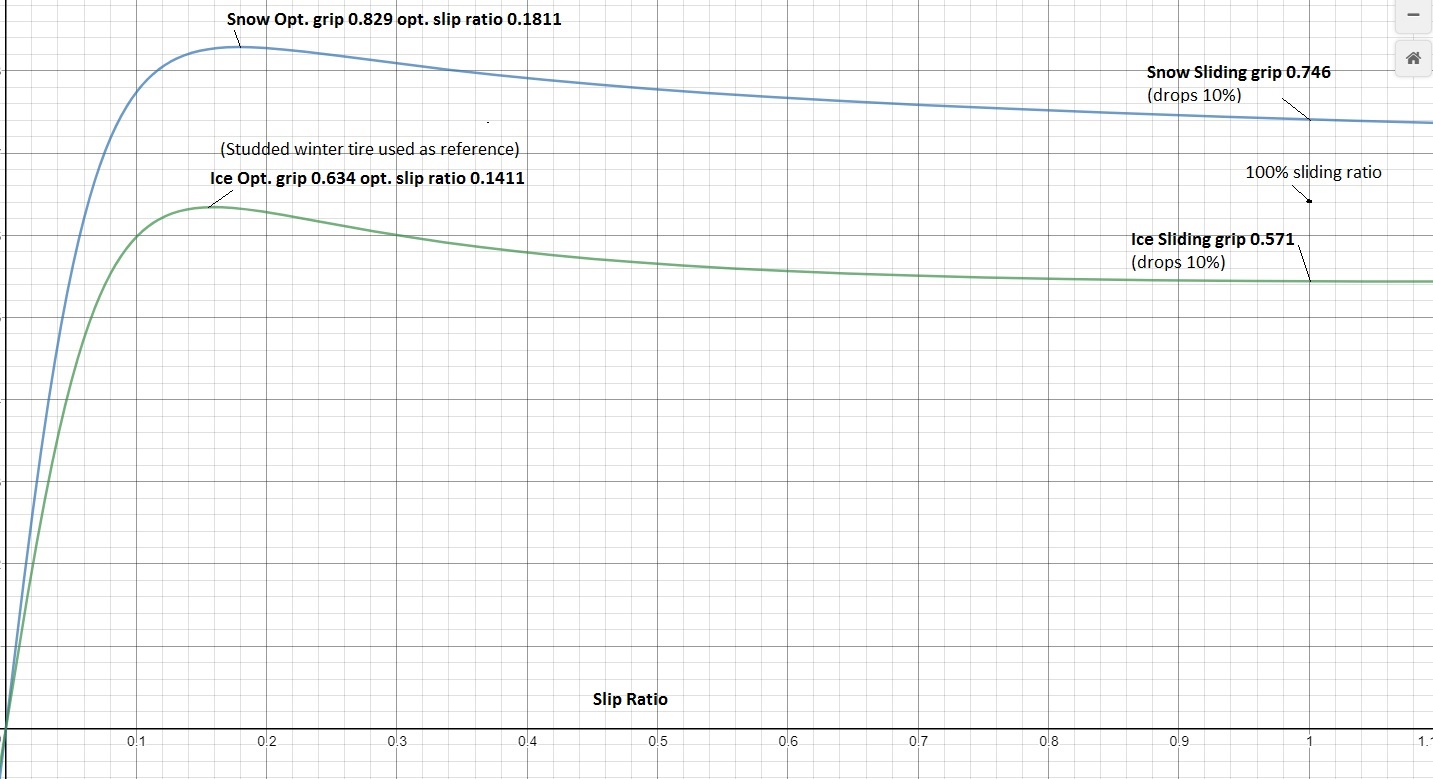 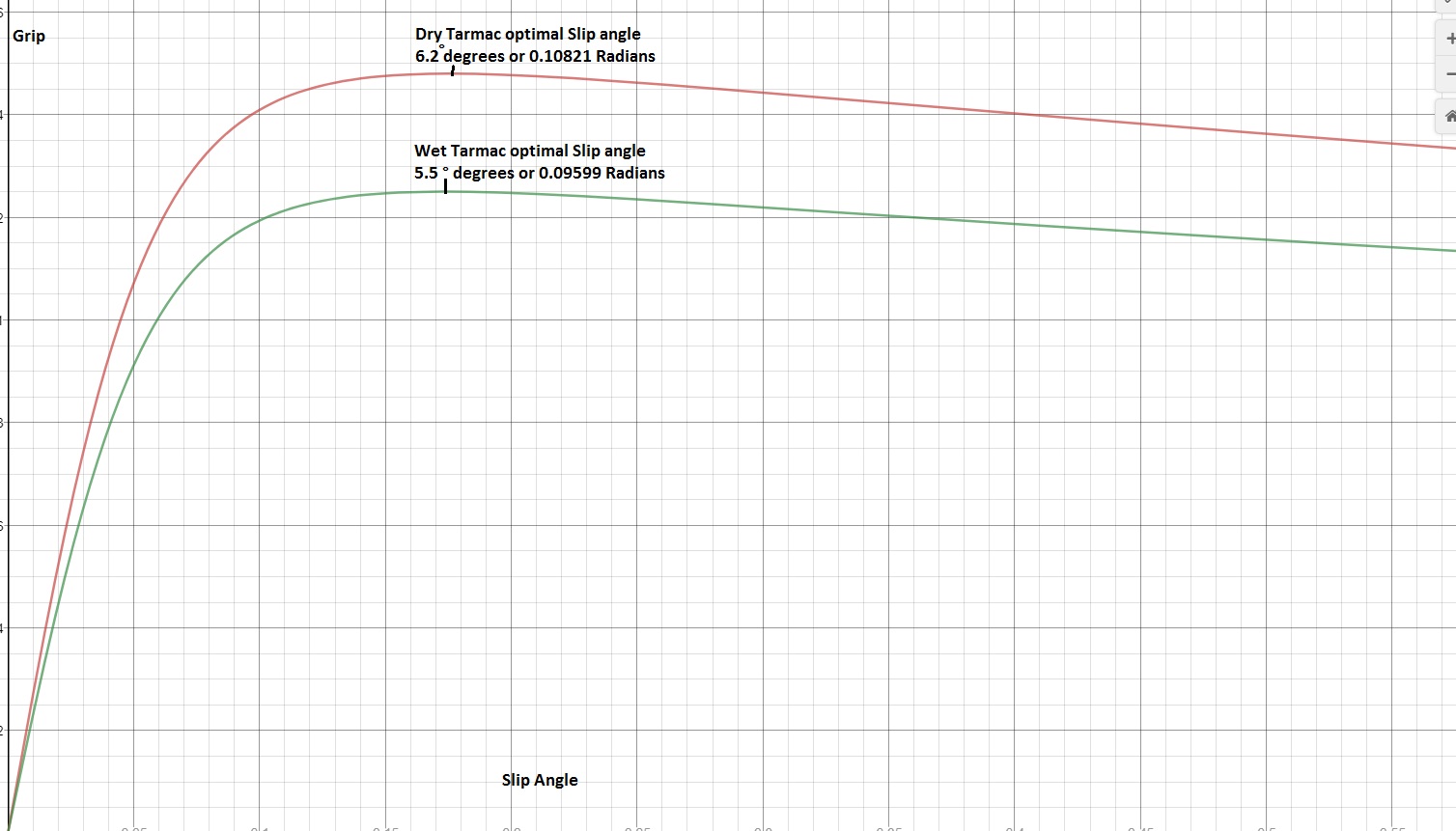 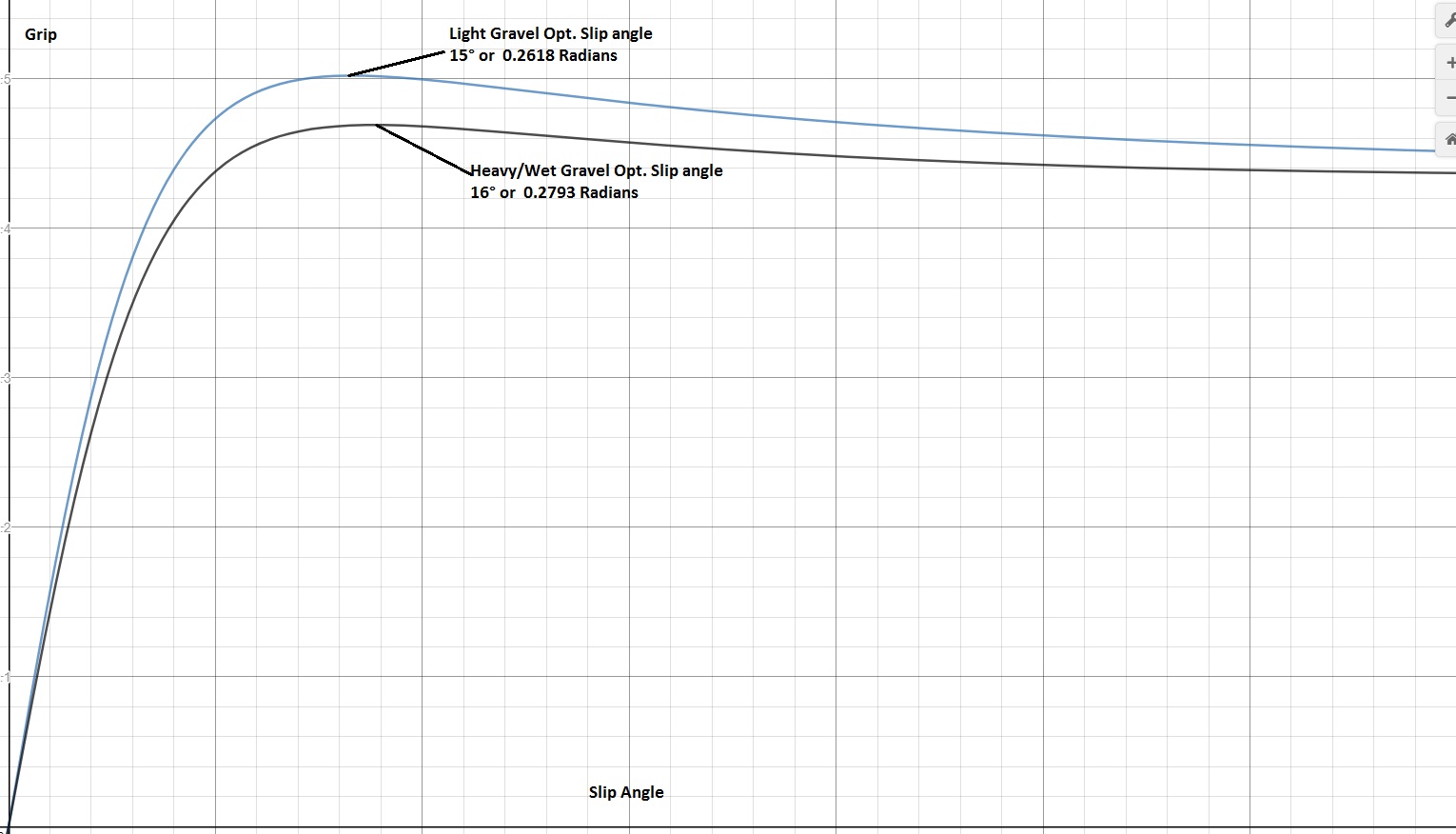 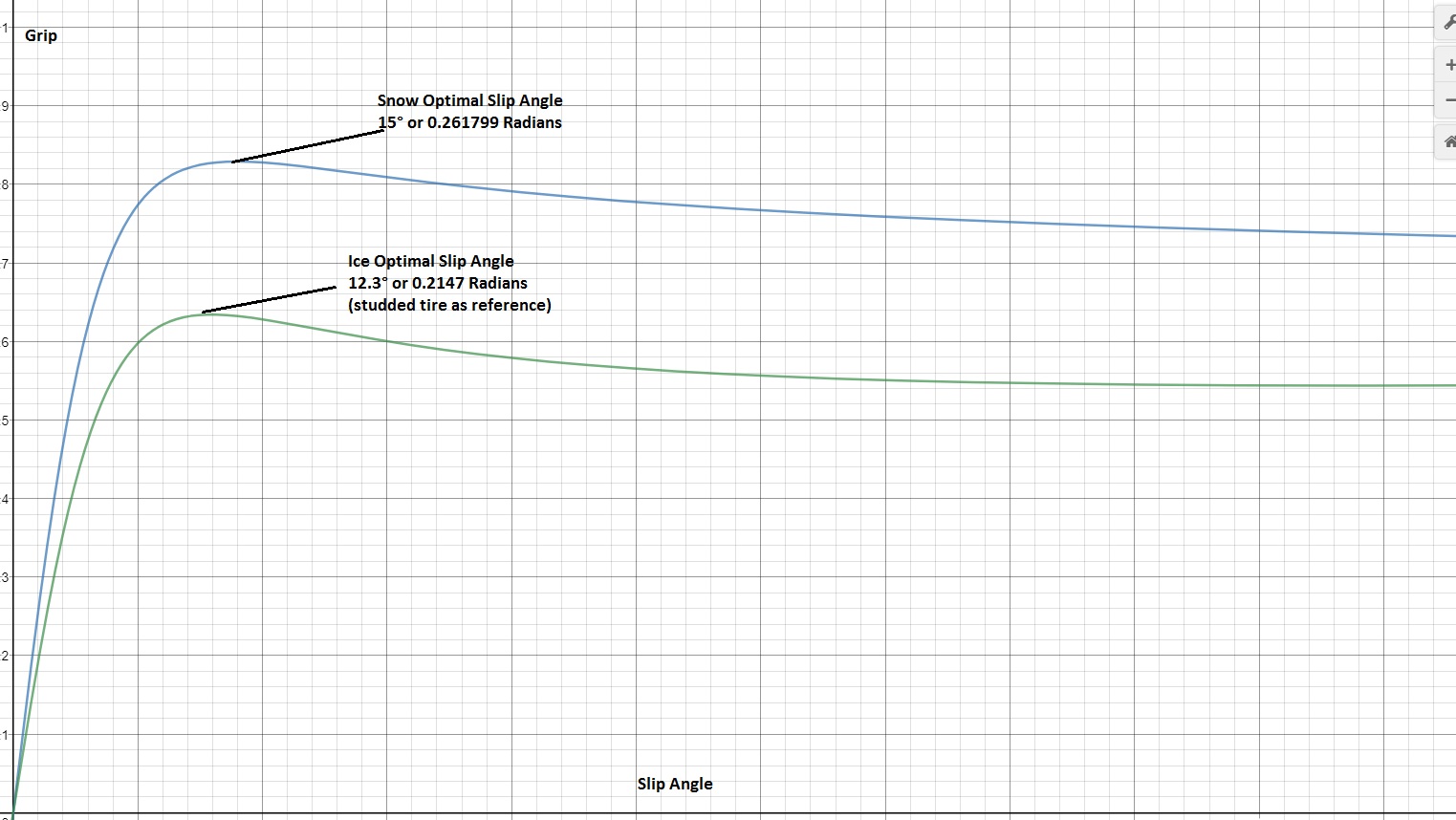