Finally, the last release from the 2003 American Le Mans Series - the GT Porsches. 2003 was a transition year for the ALMS as the larger prototype fields contracted, however the GT ranks became more robust with nearly a dozen Porsches "regulars", leading to some of the largest fields of the ALMS prime years.

The Darche 96 model is actually a 2004-spec Porsche, however, as it is the best Porsche 996 model, it is being used for these liveries. Available in this one are the Orbit Racing, PK Sport, Zip Racing, Seikel, J3 Racing, Petersen/White Lightning, The Racers Group and Inline Cunningham teams. For the completists, Alex Job Racing has already been aptly recreated by TTC and the GT Ferraris (JMB, Risi and ACEMCO) are all also readily available on RD. 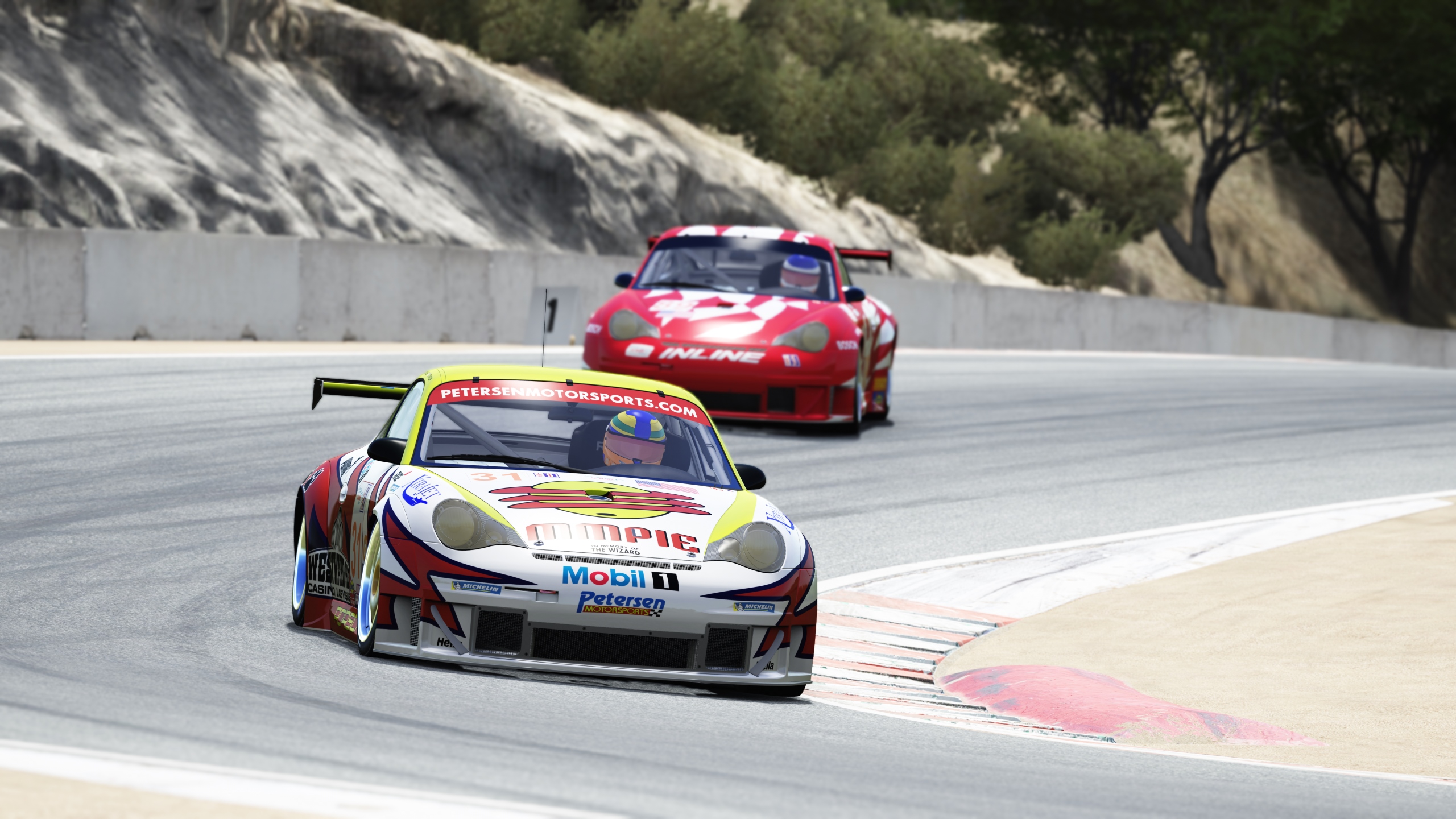 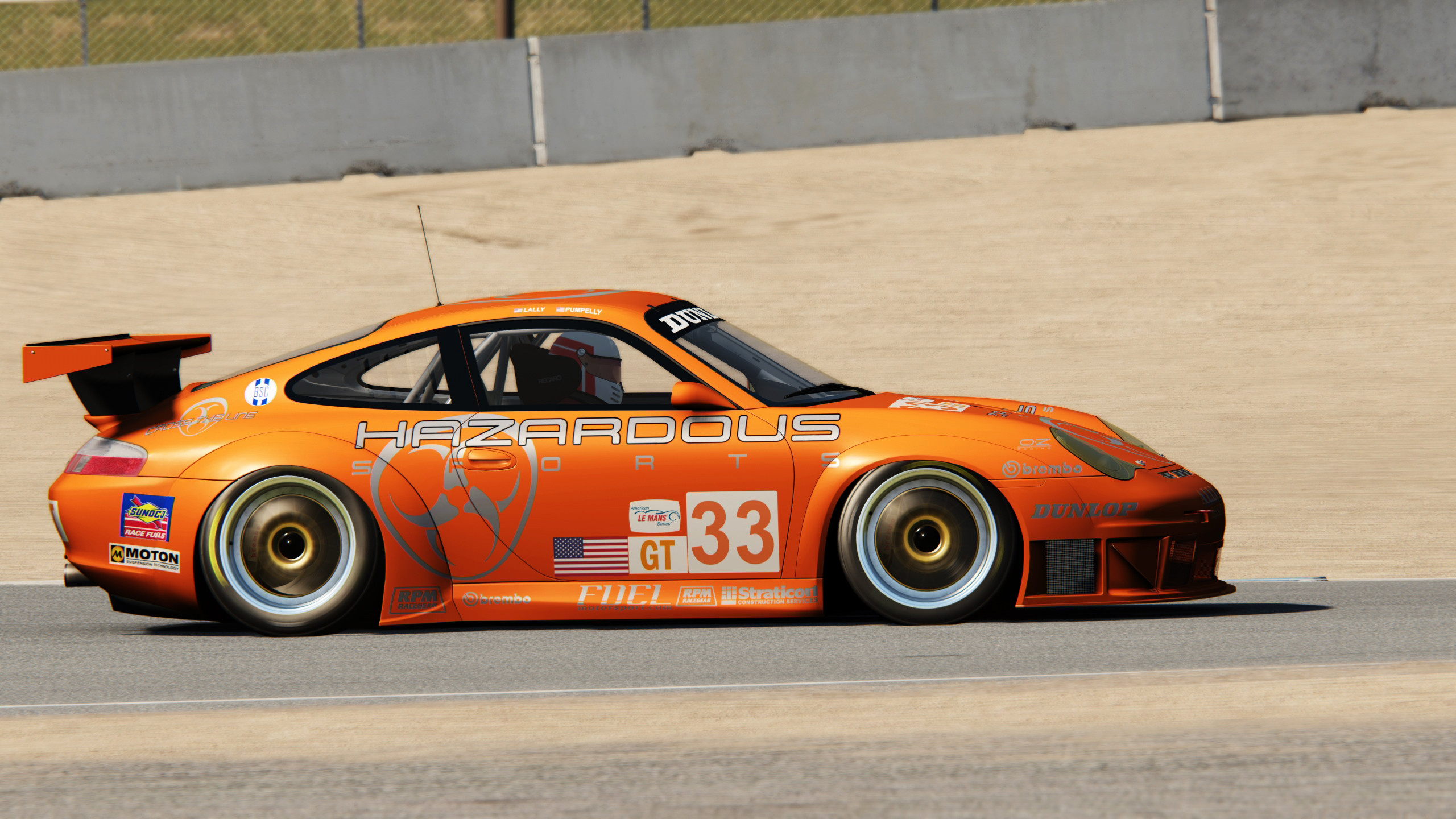 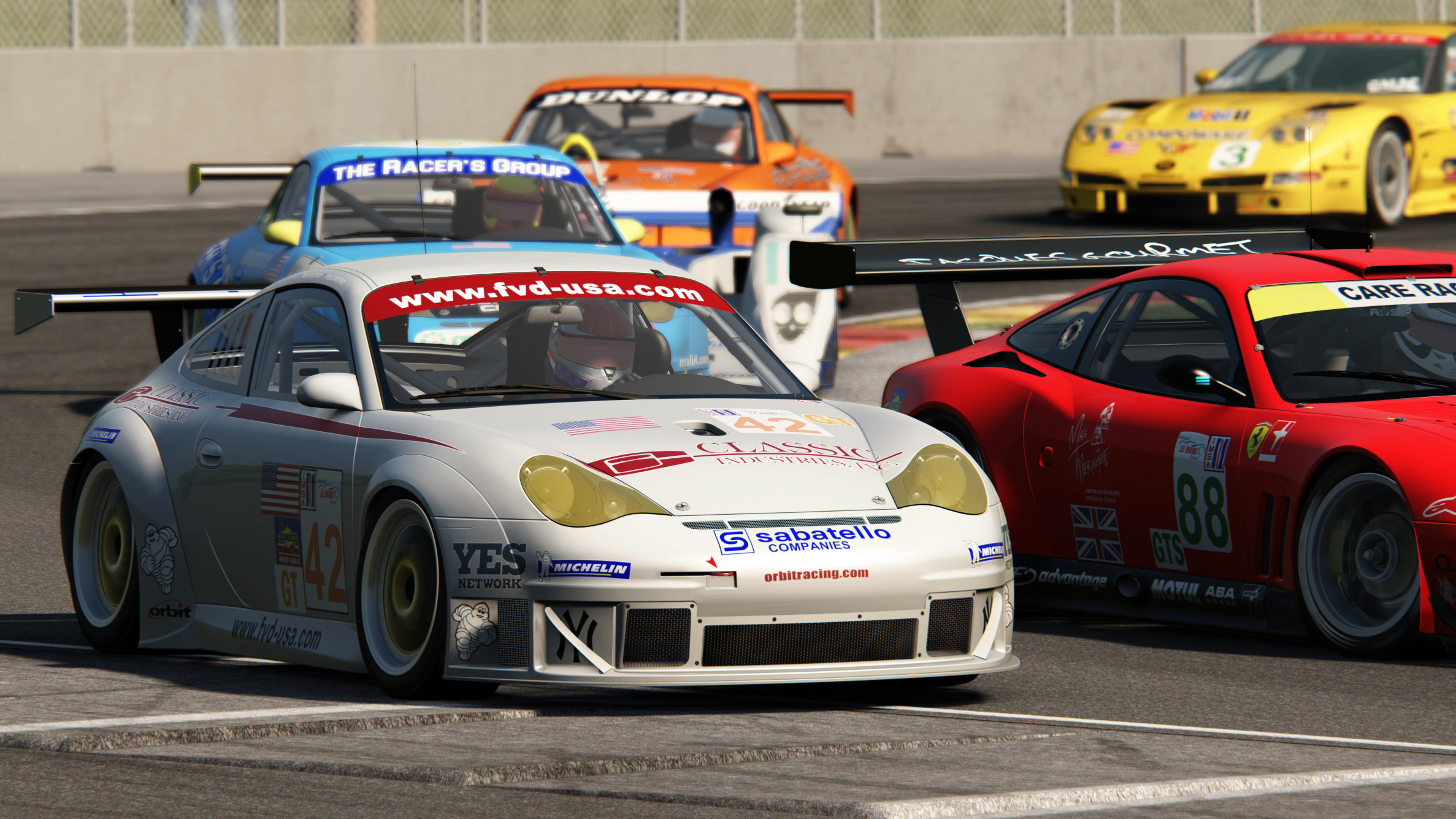 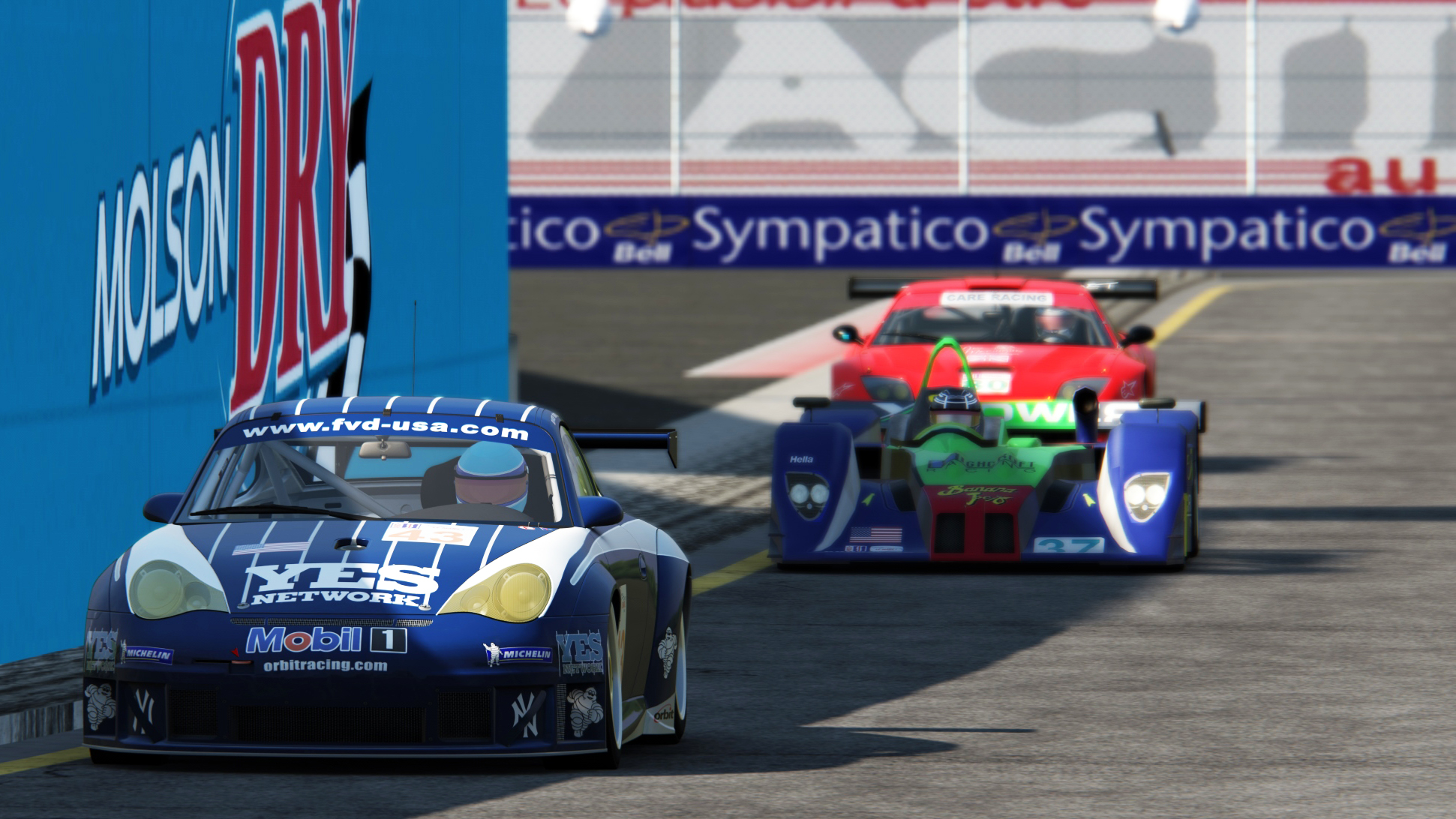 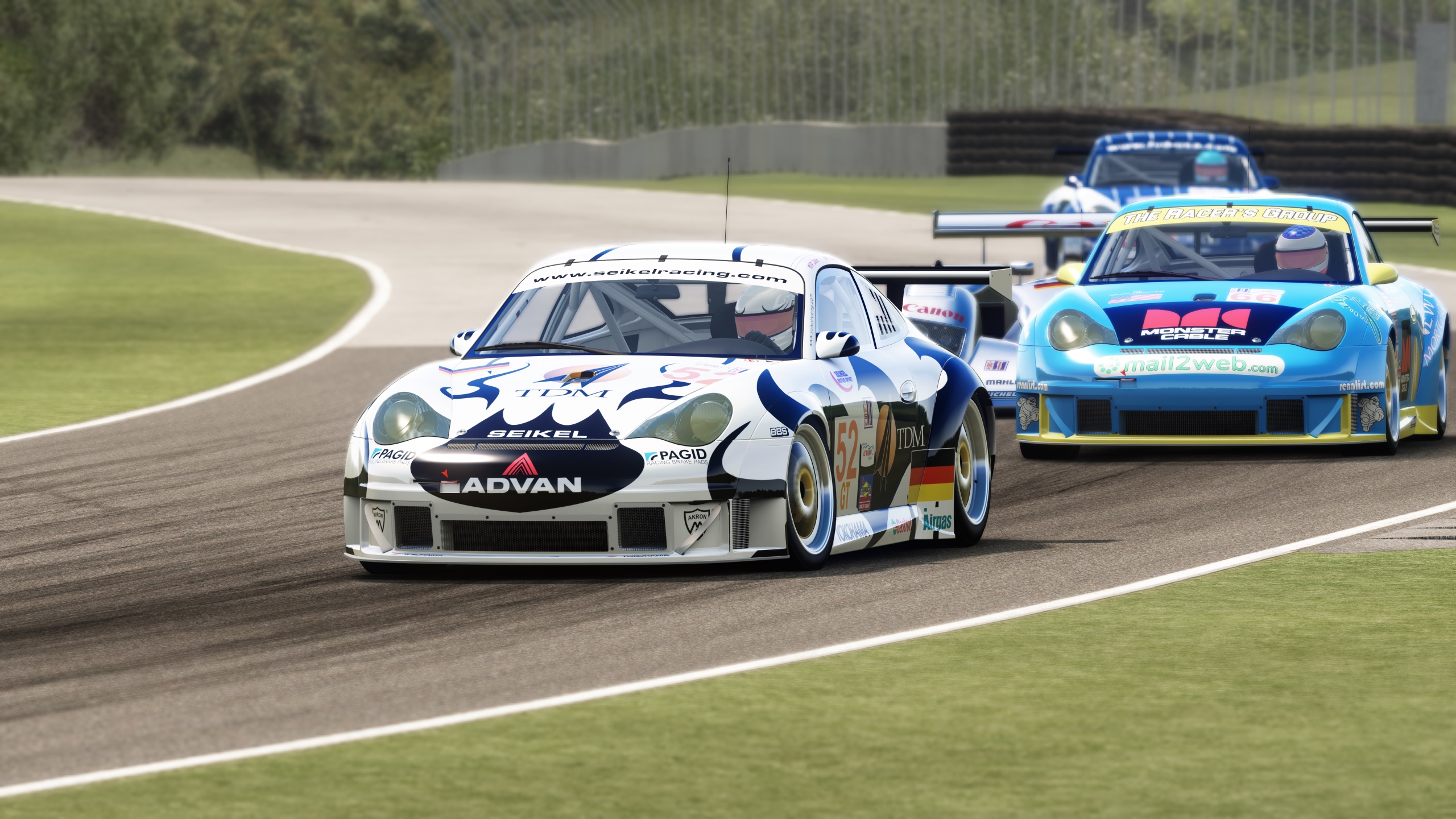 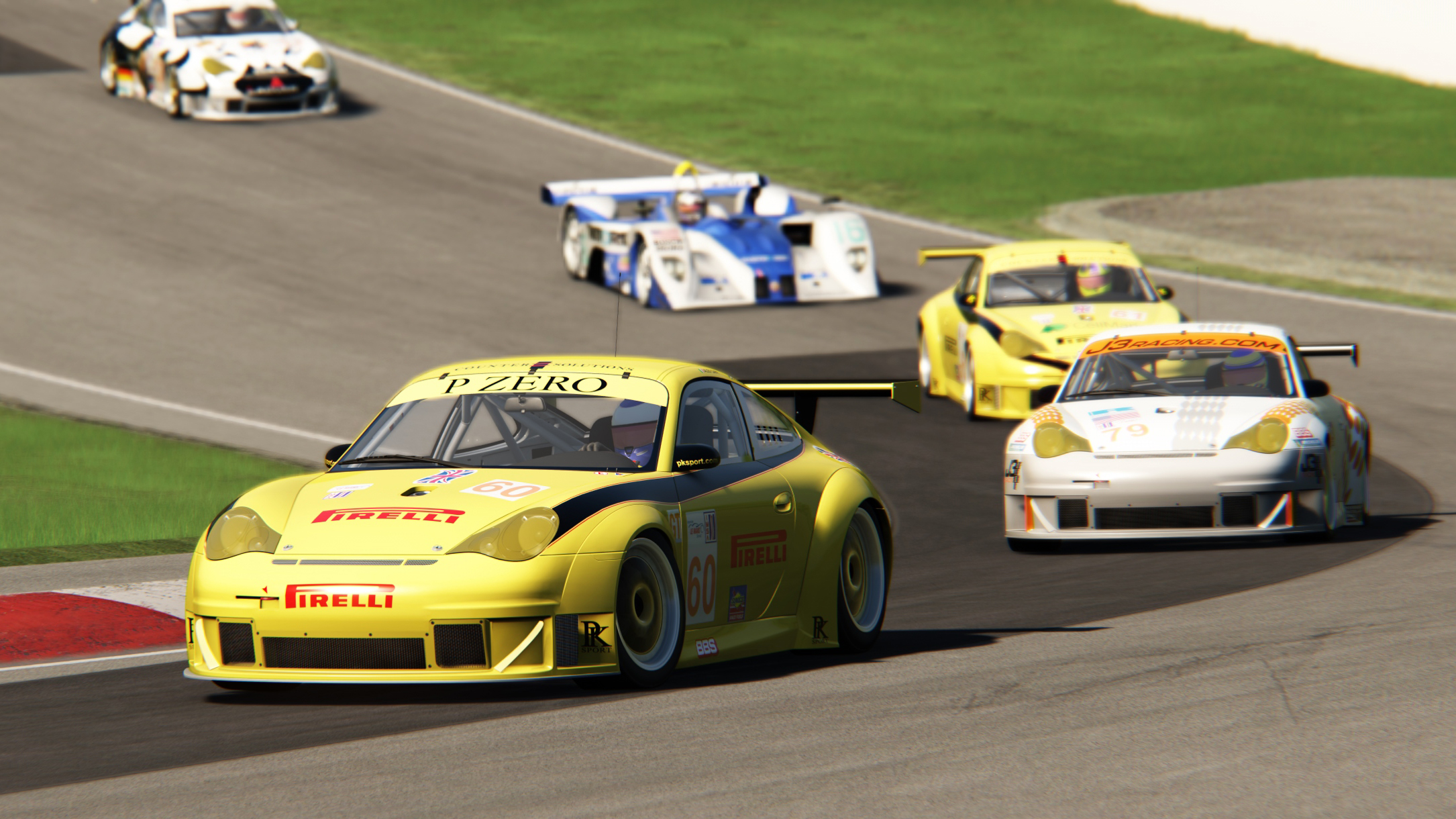 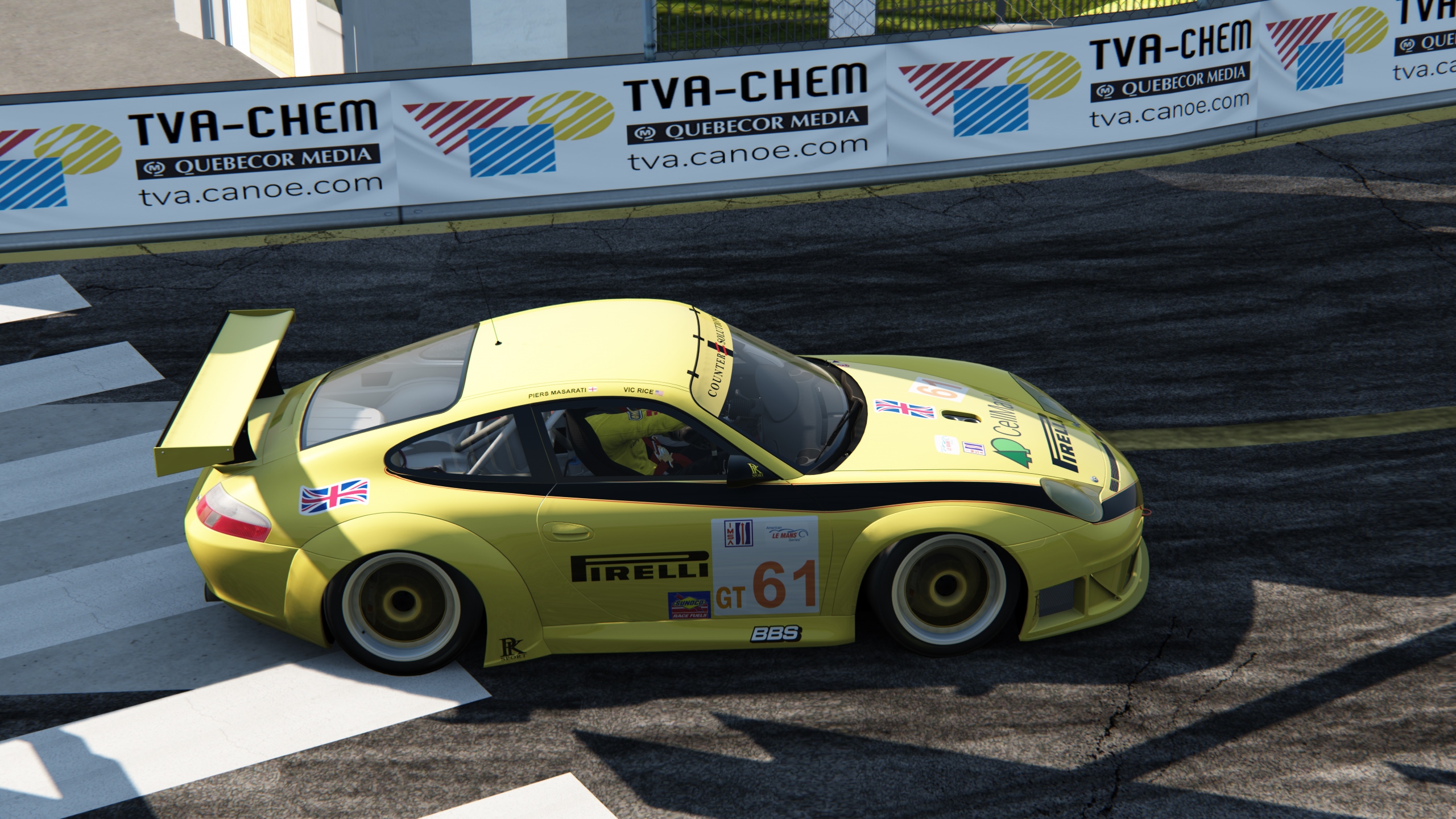 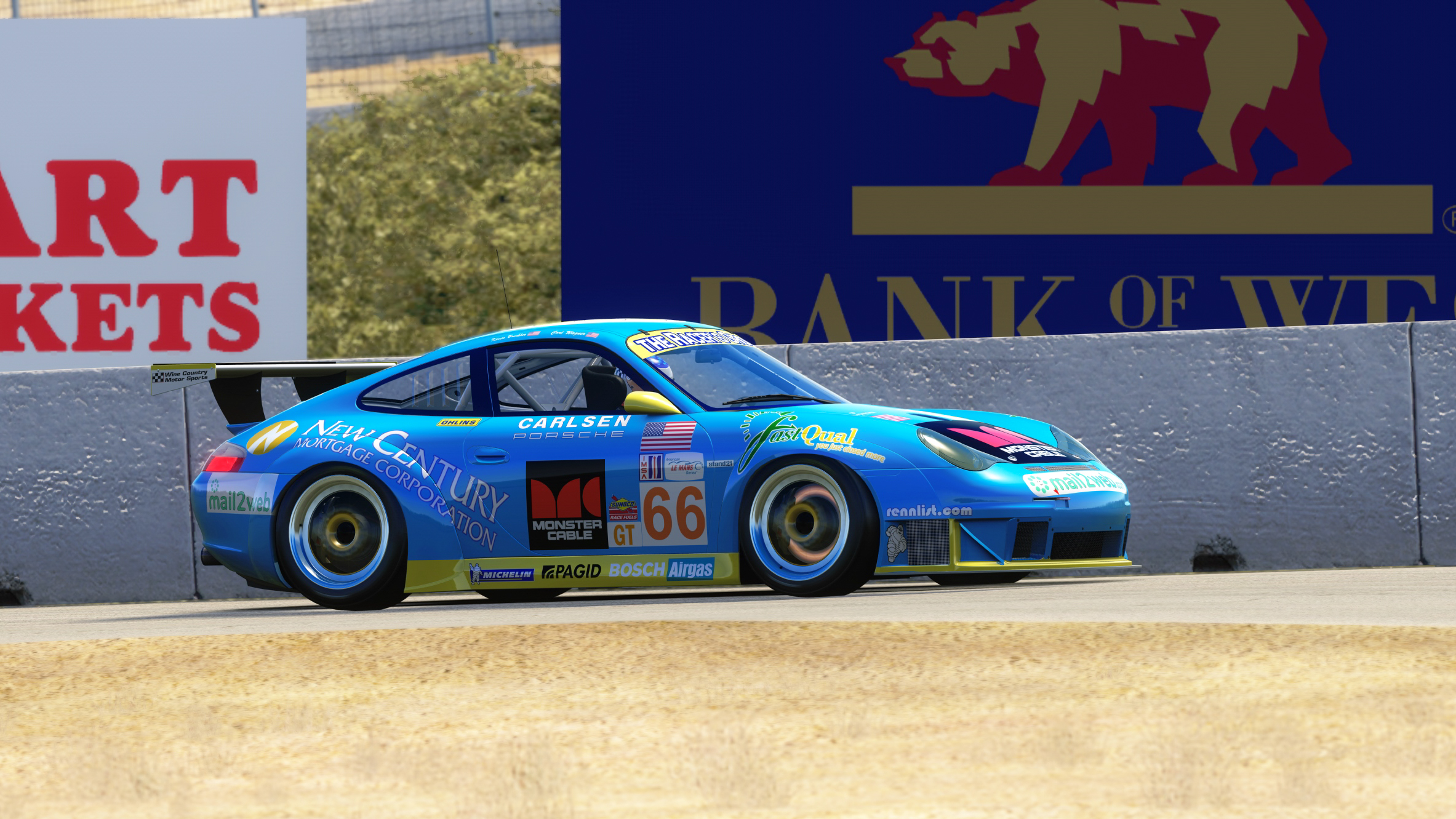 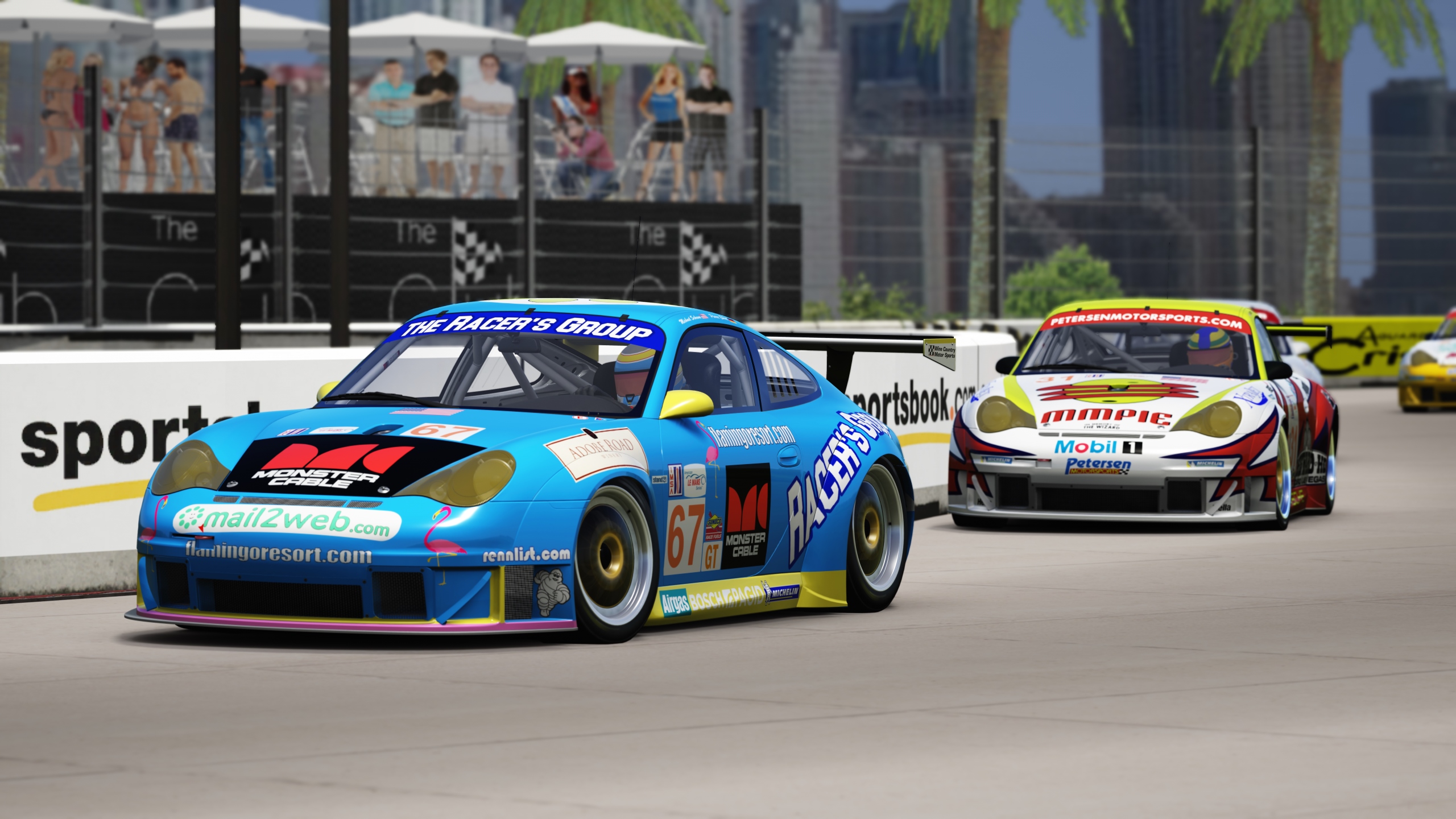 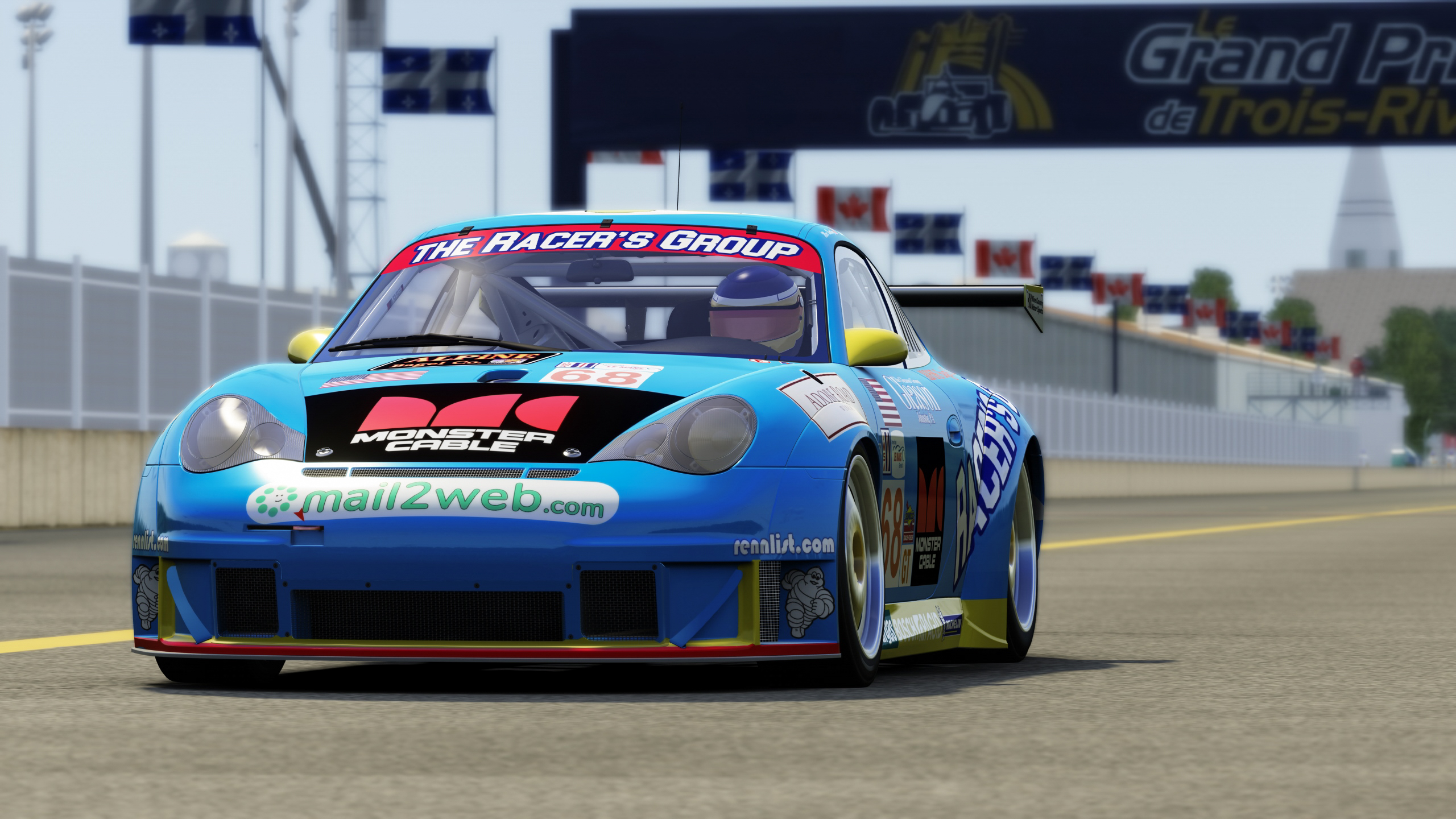 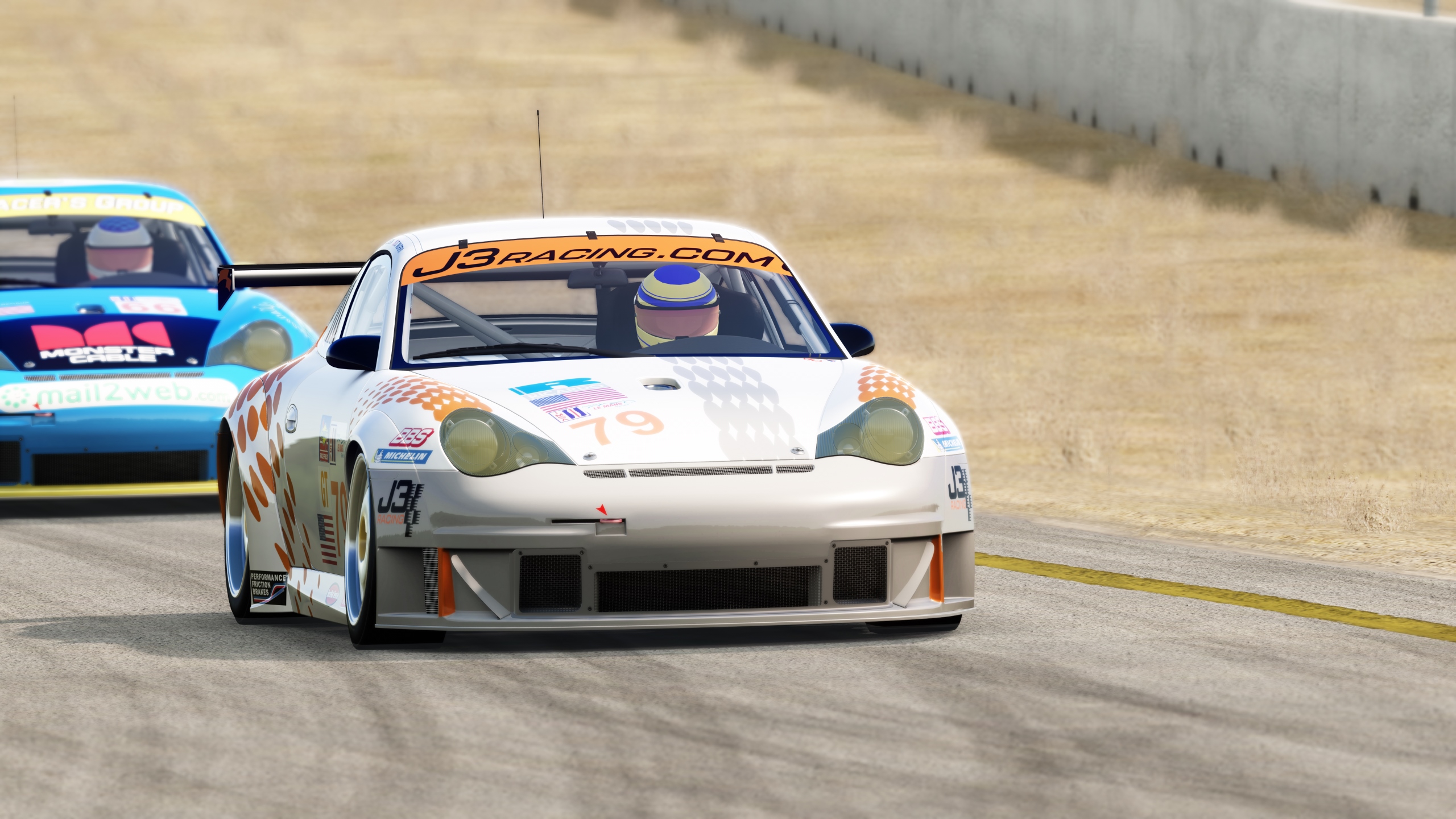 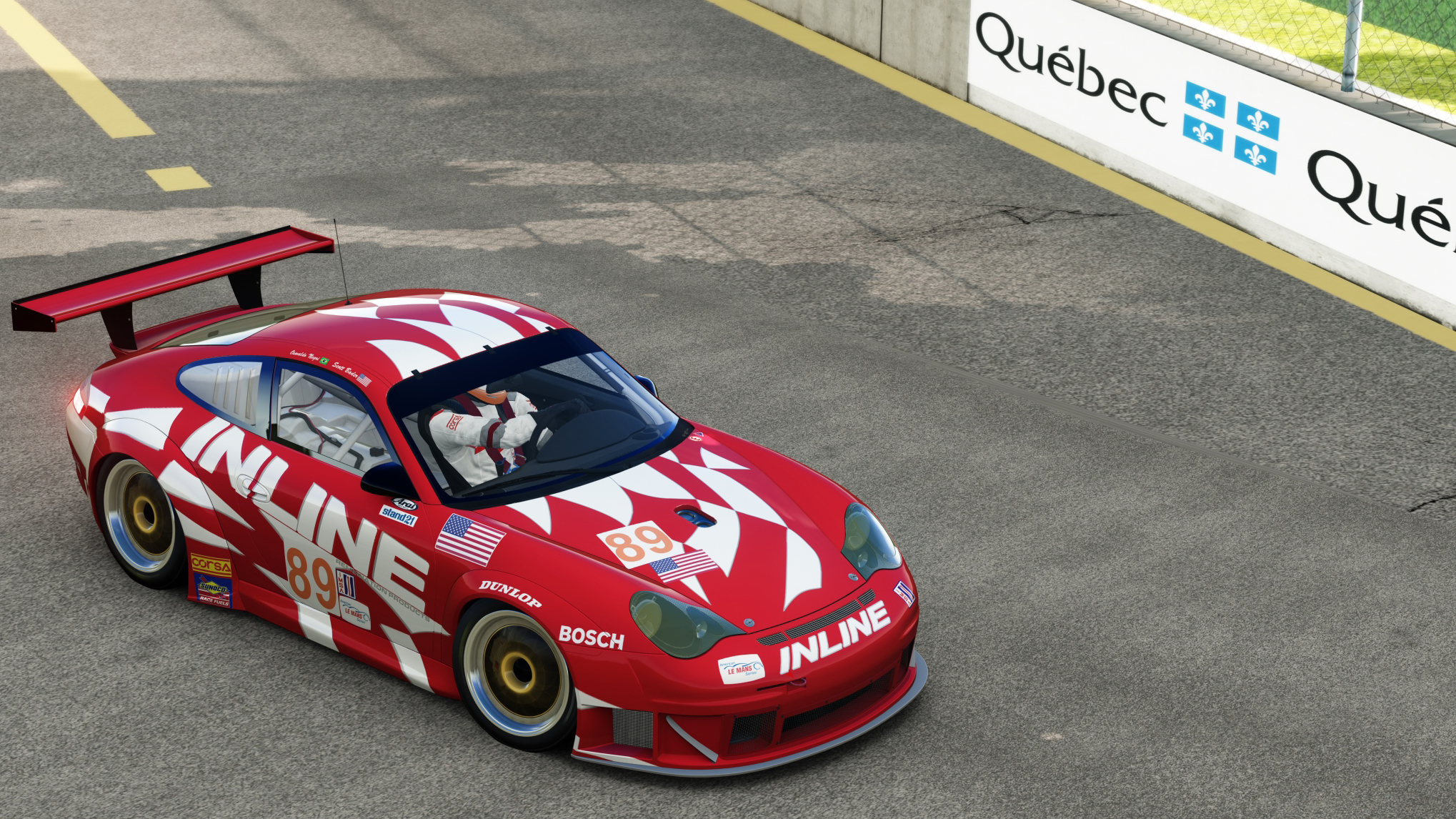 With a thanks to Harbsch for his invaluable assistance in tracking down a couple hard-to-find logos.​
Reactions: DesmoPaparazzo, chrisS_2012, Harbsch and 17 others

Well done!
2 of my favourite liveries in one update ?!?!?!?
Amazing work on all of the skins, a must have skinpack for this wonderful car!
Fantastic
Keep it up!!
Thanks a lot for your constant works for improving your great stuff ! ;-)
Great skins, must to do Petersen White Lighting Racing! the Best livery ever.
Thanks !!!!

Brandydo
Just finished it last night ;)
Top stuff
Hello, Many Thanks, very great additions, I ve found also le C5R but same question as Marc Proudfoot where can we find the MG Lola LMP675 ?
Awesome, thanks!
Great stuff, as always. Been itchin for that Hazardous livery since the pack first launched
Great skins
Legend!
Thanks. They look great. This was a great period for the ALMS. Where might I find that John or Clint Field Lola that was a P675 car from that era?
Superb!
Great stuff man. How were you able to find all those tiny logos?
toll, great, superb, best Mod ever
Read more…
100 comments
2020 Formula One Sakhir Grand Prix | Discussion Thread
27 comments
Assetto Corsa Competizione | Hotfix 1.6.4 Now Available
31 comments
rFactor 2 | Portland International Raceway Update Released
Top Bottom