This is a graphical update of my first ever mod 'AL Super Touring' for the Race07 series.
I had to build and learn everything from scratch to make the mod. It was 'learning by doing',
and it resulted in a little bit messy mod, so I've tidied it up.

You need the STCC addons from Simbin to get the sound of some of the cars.
If you don't have STCC installed, you can download 'Sounds of super touring' sound pack.

This is NOT a TOCA2 conversion, everything in the mod is made from scratch.
Please don't change anything in this mod without my permission.

Before installing this update, please delete the old version including talent files.

Optional: Some tips for changes in the .plr file that can improve your Race07 + this mod:
(the .plr file is usually located in C:\Users\*USERNAME*\Documents\SimBin\RACE 07\UserData\*PROFILENAME*) 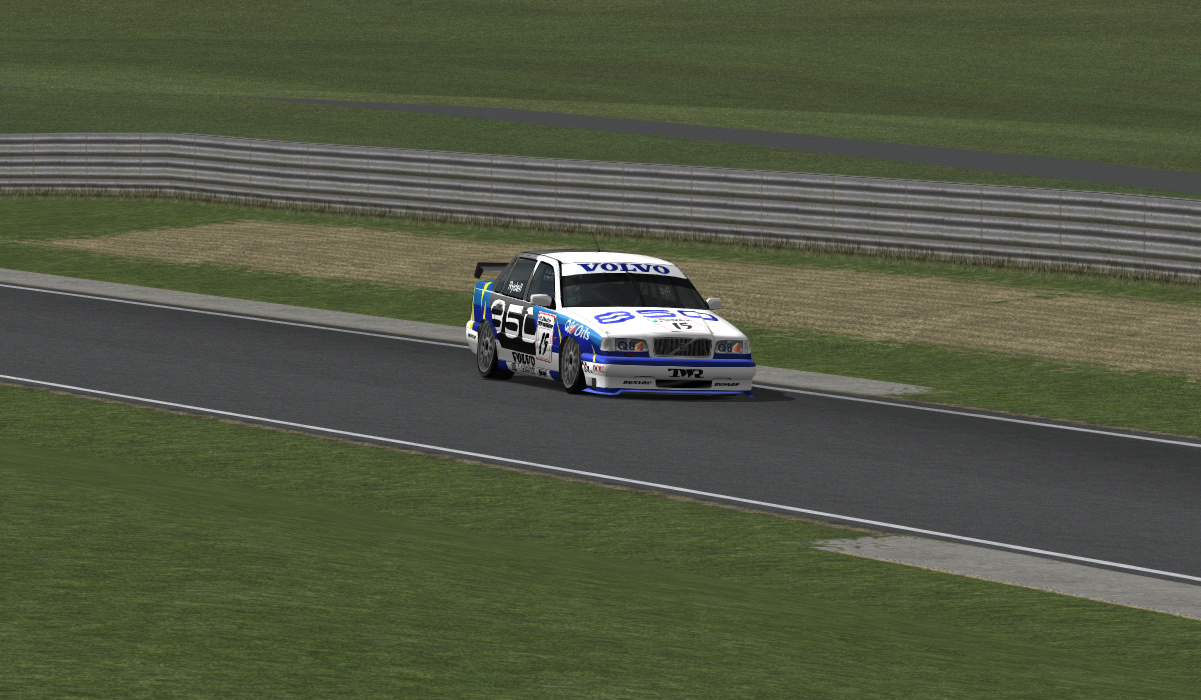 V. 2.5.2
* Some minor car exterior shape updates and fixes, mainly to Honda Accord, but also to some other cars.

V. 2.45
* Added collision feelers that seems to give the car a little bit more awareness of themselves and other cars.
It seems that they are a little bit better at avoiding hitting stationary cars.

V. 2.4
* New updated materials and cubemaps for better looks and more visual 'depth'
* Updated normals for smoother surfaces
* Some exterior reshaping
* Repositioned windscreen wipers slightly
* A few updates to the interiors, but more could be done in the next update
* Replaced the facelifted Nissan Primera with a better model (based on the ETCC 2002 updated version)
* Fixed a few minor errors.
* Tweaked ai throttle controll and aggression. The result is more passes but also some accidents...
* Some physics tweaks and 'softer' standard setups

V. 2.10
* Tweaked almost everything slightly for faster and better ai-behaviour.
Talent: Better traction controll, faster in rain
Tyres: Minor tweaks, rain tyres lasts longer
Physics: Less AITorqueStab., higher ai damper and suspension calculations, and a lot of minor setup and damage tweaks.
* New working pitstop tape (works in race, but is not updated in replay), and new windows material and color.
* Updated car names.
* Changed car ID's to better avoid conflicts, but there will probably be some conflicts anyway.
* Some resculpting and smoothing of the shapes of the cars, a few new parts and some materials updates.
* More consistent letter sizes on windows.
* Added Super Touring Reloaded '95, Super Touring Reloaded '00, and two more privateers in '96.
* Updated some of the lower detail dashes.
* Removed the simulator. There will be a new different one as an add-on.
* Also removed the track updates. These will be a separate file aswell.
* Removed some unnecessary cars in the 'seasons' classes for the same reason.

V. 2.05
* This is an update to the ai behavour with new .aiw files for some tracks and a better ai understanding of how much grip is available.
This results in less ai spins and swerving when knocked of track.
* Higher ai damper calculation
* Some minor fixes

V. 2.0
* Renamed some folders to fix some loading issues, so please delete the old folders belonging to this mod in '..\race 07\Gamedata\Teams'
before installing this update.
* Updated tyre pressure and tweaked tyre files.
Removed as many 'cheats' in the tyre files as possible and compensated it with car setup
All tyres (front, back, fwd, rwd, 4wd) now uses the same grip, curves, slip angle
Removed AI front grip bias, so braking grip is more fair AI vs. player
* Tweaked ai throttle controll
* The AI cars now look further ahead at low speeds, which reduces swerving when trying to get back on racing line
* Removed different spring rate for AI
* Tweaked Oulton Park .aiw files for new car physics
* Tweaked downforce balance more to the front for FWD cars
* New/updated suspension geometry for most of the cars to represent the different styles.
Also recalculated and adjusted roll centers for better handling
But there are limits to what can be done (the game seams to be made for double wishbone suspension).
* New standard setups to fit the new tyres and physics
* Tweaked talent files for more randomness in the game results.
* Added Ford Mondeo Mk1 liftback
* Added Ford Sierra Sapphire by request. This is a conversion of a model made by Jalonso, sent by TOTO090369.
I have edited, resculpted and optimized the model a little to better fit Race 07.
The car has just one simplified livery.
* Added some new car parts
* Edited materials for smoother specular light
* A lot of minor texture fixes
* Added Super Touring Reloaded '96
+ A lot more...

V. 1.9
* A lot of minor bug fixes and polishing
* Tweaked physics for all cars, including new suspension geometry.
The suspensions are now more like the real ST cars, and also prevent the strange turning slightly to the left when accelerating problem.
Also updated simplified ai dampers and increased ai calculation so the ai cars don't flip over that easily.
* Some balance of performance for the cars has been made, but can still be improved
* Reworked tyres and textures for rain tyres
* Some setup files for ai cars have been added
* Updated aiw (ai cars driving file) for some of the btcc tracks available. Please make a copy of your original .aiw files for the tracks first.
They are in the 'Track updates' directory, and should be placed in the tracks (Locations) folders manualy.
The files includes new racing lines that suits the cars slightly better and new pit and garage positions to prevent the cars from hitting walls
when exiting garage. Also tried to keep the ai cars out of some problem areas at Oulton park to decrease 'stupid ai swerving'.
* Tweaked talents files to have faster ai cars and more variation in race results
* Added updated and resculpted Chrysler Stratus, originaly made by Ruben Denoso
* Finally added Super Touring Reloaded '97. The skins for most of the cars are originaly made by Alexander Hederby and some privateer skins are made by Simon Gardner.
I have made a few skins and edited the others to fit updated cars and templates. Some new parts and versions of the cars has been made to fit the '97 season.
A new helmet visor has also been added.
* Also added Super Touring Reloaded '99, made by me.

Because of the new structure and some other changes, addons made by others will not work with this update to begin with.
Sorry for that. 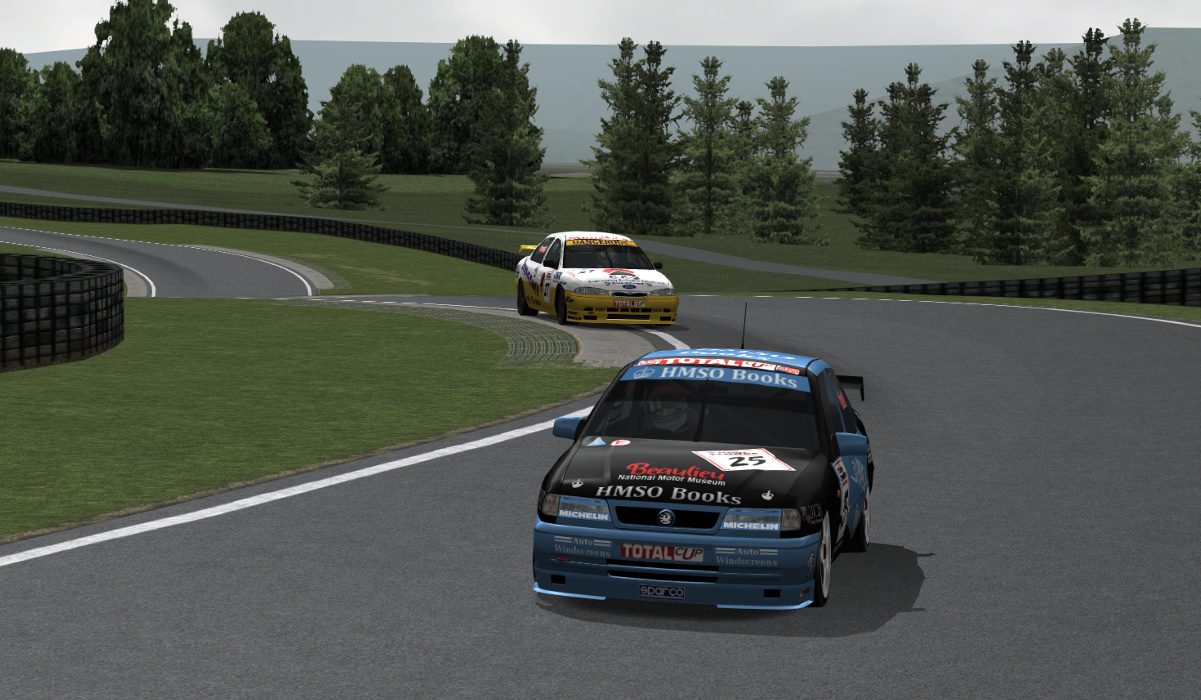 1. Unzip 'Gamedata' and 'UIData' to your Race 07 directory (Steam version)

2 (OPTIONAL) There is also a Jaguar safety car in this mod. If you want to activate it (it will replace all the standard safety cars,
but the activation can easily be reverted) open your ...race 07\Gamedata\Teams\TrackVehicles\Safetycar folder,
open all the .car files and follow the instructions. 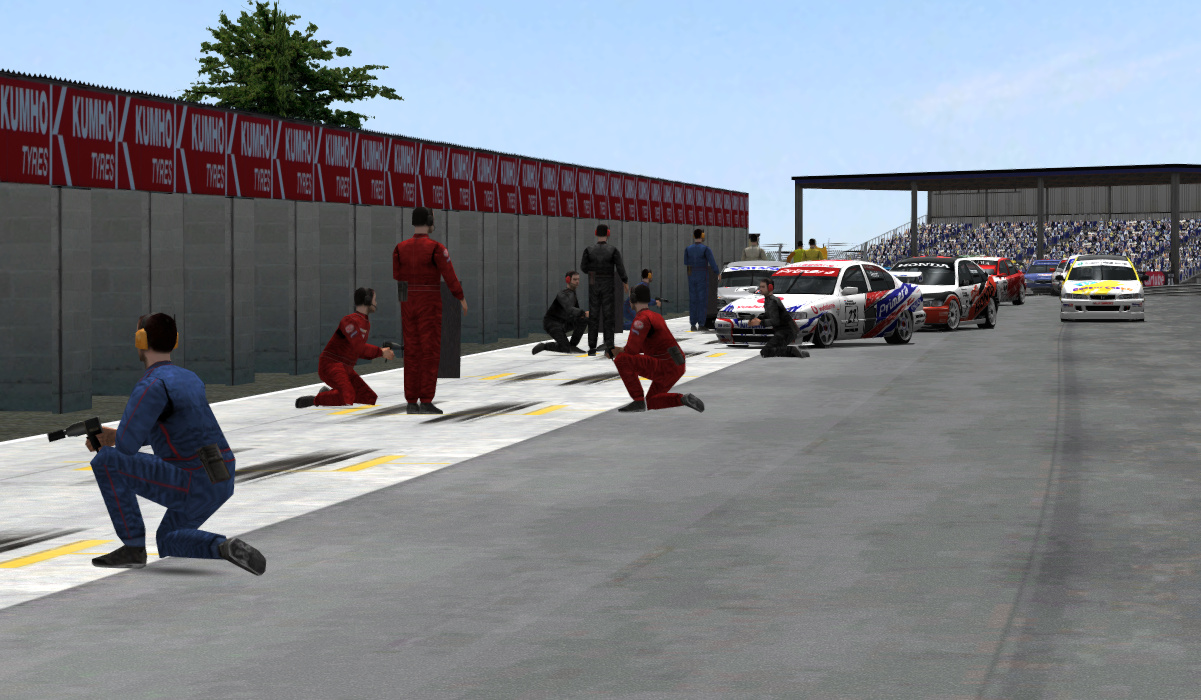 qwerty24 for new updated dashes to most of the cars
Günthar Rowe for useful support when making AL Super Touring mod
Ryan Callan for providing an engine torque graph.
Knut Omdal Tvieto for providing downforce information
BTCC-style numbers font by DrummerGuy33
All skins were remade for this mod, but some details were copied from skins sent from Simon Gardner, Alexander Hederby, Mark Gormley and Pat O'Reilly
Gear box sounds by Jandri, sent to me by Simon Gardner
And, of course, Simbin for the game

This mod is made for Racedepartment, and should not be uploaded anywhere else.

AndreasFSC
You need Stcc2 expansion for the volvo 850 estate. If you dont't have it you can delete the two .car files of that team to use the rest of the cars in that class.
Upvote 0 Downvote
For anyone who enjoys BTCC super tourers this is the mod for them, if you played Toca and remember that period and the drivers then this is the mod for you. A superb rendition of these cars from the mid to late 90's, featuring the drivers and cars that made that series so successful.
Handling is great and tracks are all available so whole seasons can be run.
A real labour of love from a highly skilled and dedicated modder.
I'd give it ten stars if I could.
Upvote 0 Downvote
0k =)
Upvote 0 Downvote
I don't know if it will be very realistic (the cars seemed to me to be going too well), but it is very fun and very cool. I love. Thanks for keeping this simulator alive, which is great for running for pleasure with categories that are not in any other, like this one. Fantastic job! ;)
Upvote 0 Downvote
Great mod. But everything worked in my game without crashes only after installing STCC 2. Therefore, I ask the author to mark the mandatory presence of STCC add-ons in the installation parameters, otherwise the players will constantly complain about problems after installing the mod.
Upvote 0 Downvote
Volvo 850 does not work for me, can anyone help? The game crashes and closes when trying to use this model.
Upvote 0 Downvote
Read more…