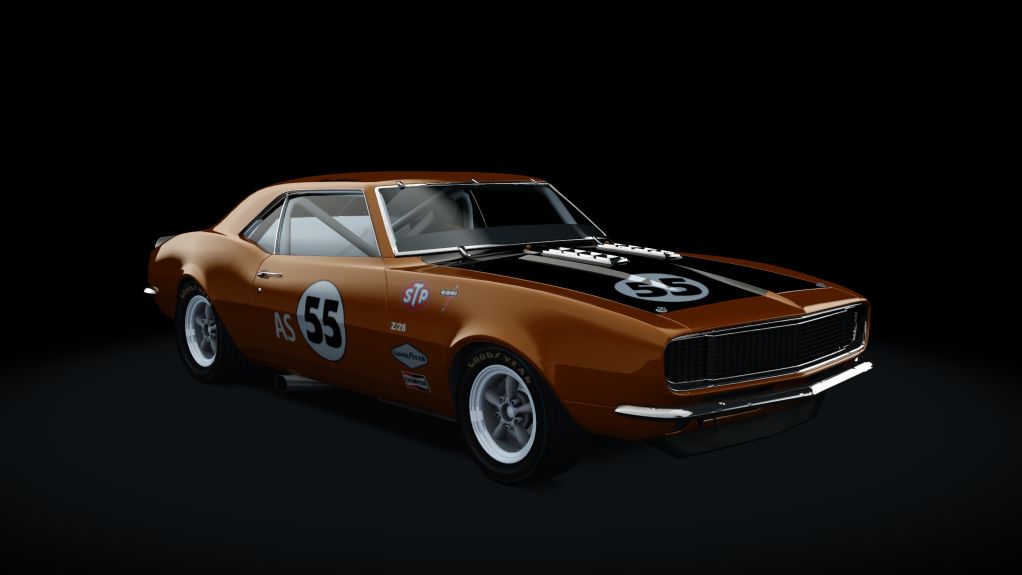 #55 Jon Ward Camaro, started P14 in the 1968 Trans-Am Mission Bell 250 @ Riverside. Finished 4th, the first Camaro in the O2 Class.
Jon Ward was perhaps better known as a car builder and was involved in Jerry Titus' move to the Firebird after the Riverside race. In fact, it has long been rumored that this #55 Camaro became the Titus Firebird for the next race at Kent where Jerry Titus sat on the pole for the final race of 1968.
Note: This car involved some serious "educated guesses" as far as the contingency decals go. This is often the case when attempting to "get it right" for old Trans-Am skins.
Reactions: MeltFire, z1000a2 and jerry090460