Hey everyone, nice little update with some new features and a good amount of work put into stability. Hope you like it!

Hi everyone, just a small patch today. Please re-import your results as described below if you have an ACSR enabled Championship. If you had issues with results not being written to ACSR properly that should be resolved now too!

Performance Improvements (and one or two nice new features)

Please note, this release deprecates use of "run_on_start" in config.yml. Please read the new config.yml "plugins" section if you were using run_on_start!
Added:
Fixes:

Time for another big one! We worked really hard on this update and hope you all love it as much as we do, there's a lot going on here so let's jump right into it:

Added:
In this update we've added the following premium features:
If you don't have premium yet, you can get it by following the instructions on Server Manager!

As well as our premium features, we have the following additions:
Fixes:

Apologies for the release so soon after 1.5.1, but there were a few pretty major fixes that needed doing!

Hey, we've got a bunch of cool updates and fixes going out today, we hope you like them!

Hi everybody, 1.5.0 is a big update for us and we hope you enjoy it! Along with this update we're releasing our first premium feature, race weekends. We put a lot of work into race weekends and we hope that you like them.

Anybody that has donated in the past or rents a server from us will have already been sent the premium build, thank you so much for your support, this version of Server Manager would not exist without you!

We are hoping to continue to deliver updates to Server Manager, and more features are on the way!

Today we've got a nice stability patch for championships, alongside some nice other bits.

This update addresses an issue that caused high server CPU usage in certain situations! Apologies for the update so soon after 1.4.0 but this in an important fix.

1.4 is finally finished! This is probably our biggest single update since launch, and we're pretty excited about it!

As always a huge thank you to everybody that offered feedback, especially our testers on Discord, you guys are great!

Note, all of the new Car features work best when you have uploaded your cars to Server Manager. If you haven't, the pages will still work, but won't be anywhere near as cool!

Just a small, but important update to fix an issue that a few users have been experiencing. 1.4 is just around the corner and has a great set of new features and improvements, we just need a bit more time to test!

* Fixed an entry list issue that made some cars impossible to connect to if the pit ID selection had a gap in it. Any gaps in the pit IDs will now be closed automatically (e.g. 1-2-4 becomes 0-1-2). If you want gaps in your entry list please add dummy cars to it.

Please back up your data store (as defined in config.yml in 'store' -> 'path') before upgrading to this
version!

Please note, this release contains breaking changes for run_on_start in config.yml. If you are using run_on_start, you need to read the following:

Each run_on_start command is now run from the directory that the binary file is in.
For example, ./stracker/stracker_linux_x86/stracker --stracker_ini stracker-default.ini now actually performs the following two commands:
This means that previous configuration entries will need updating! The config.example.yml contains updated examples for how this might work.

We've got a nice set of fixes today, and we're starting a little Discord server for people using Server Manager, you can join here:

Time for another update! This version has some cool new features, and the RAM usage should be much better now!

v1.2 is a huge update for this project, and wouldn't have been possible without the great feedback and interactions we've had from the community. We'd like to give special thanks to ShinyAndy and his group of racers, who have taken the time to help us with new feature testing and provided valuable feedback!

Alongside this update we are now offering server hosting services for those that are interested in running our manager on an external server. Server Manager will always be free and open source, but if you're interested in helping to support it's development then please have a look here: https://assettocorsaservers.com/.

Without further ado here are the patch notes:

Note: This update changes how the accounts work, you will need to re-add all of your existing accounts in the server control panel! To do this, you will need the new default admin details:
We also recommend backing up your data store (as defined in config.yml in 'store' -> 'path') before upgrading to this version! As always you can copy across your existing config and database from previous versions.

Now, on to the changes!


Well, I did say it was a big update!

Thanks for reading, and for using Server Manager. Have a great day!

Just a small thing, pretty serious issue so we thought we'd patch it by itself rather than waiting for the next release!

We recommend re-uploading all of your tracks after doing this update! Some new features will only work with new track assets!

Please also consult the config.yml in the zip file, there is a new section: "live_map" that you must add to your config.yml to get live map functionality! 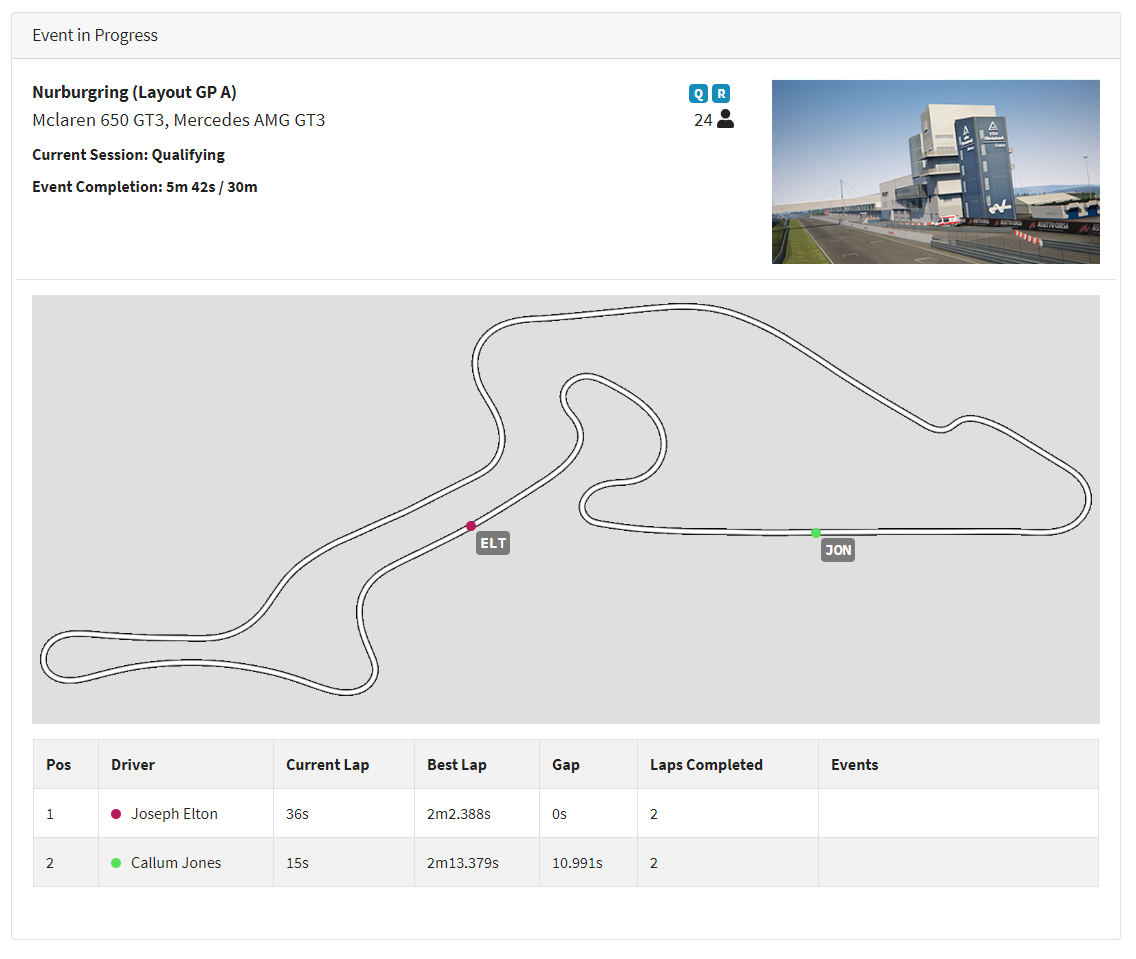 If you want to keep your server config just copy across your old config.yml file!