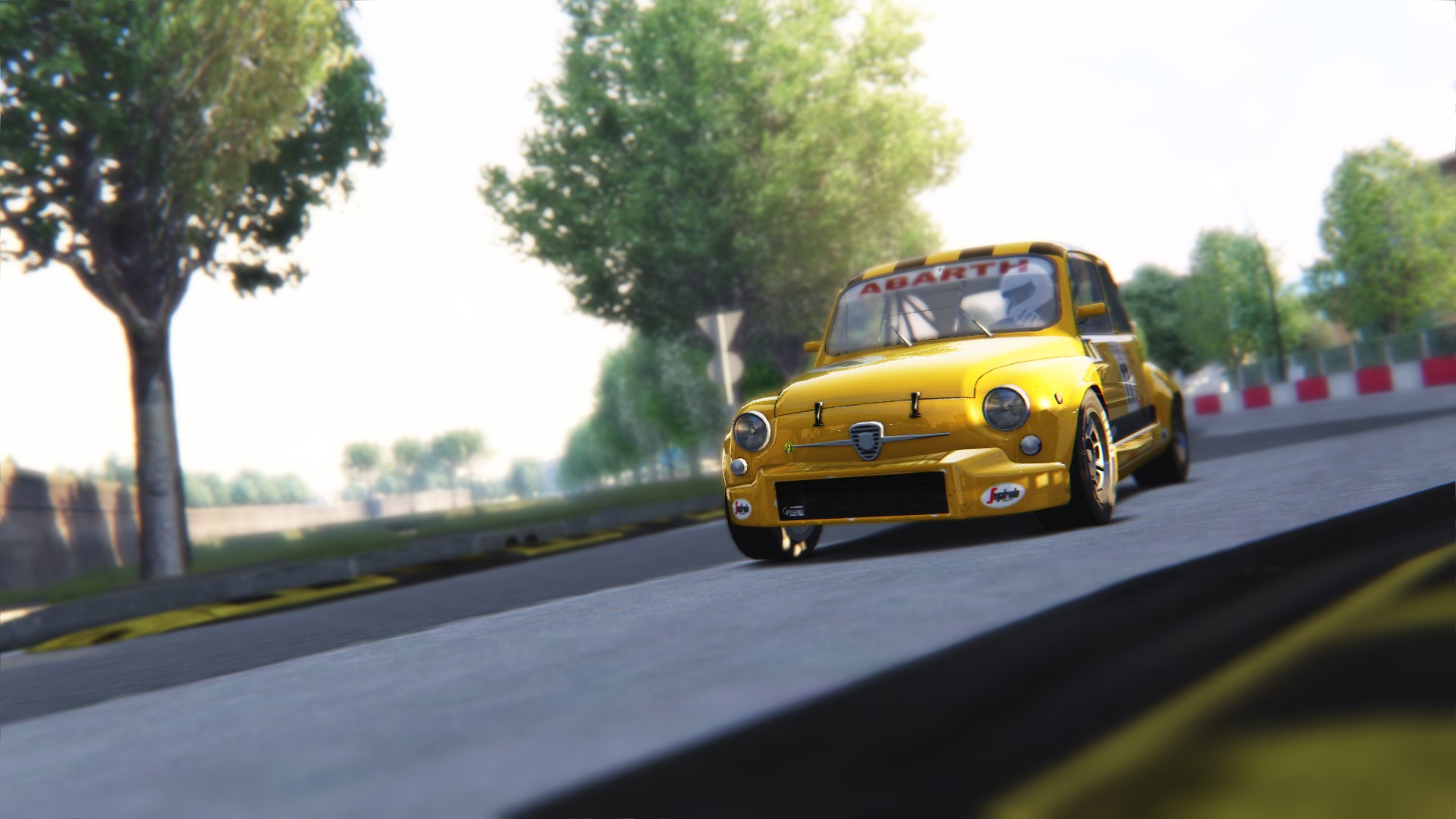 Finally after so much time, books reading and questioning around I have been able to update this tiny beast to version 2.0.
In 3 year many things have changed in the world as in the modding community.
First of those is the introduction of the Custom Shader Patch made by Ilja Jusupov aka x4fab that is now required (you can easily find it on the web) for the car to work. I consider this patch as a natural evolution of AC in which it improves (and sometimes fixes) the yet optimum Kunos engine and adds many interesting graphical features.
Reguarding the car, it would be useless to make a changelog since almost everything is changed, including the folder names (so you can delete any previous version you could have [or keep them as a memory of the past ])
Basically I tried to bring to AC every versions I could find good technical info about, starting from the power curves...
For this reason I'd like to thank some of the authors of the books I bought in these years like Gianfranco Bossù for his various Radiografia Tecnica books (Abarth engine technical analysis) and Aligi and Elvio Deganello for their interesting Abarth book with technical data, modifications year by year and drivers' interviews about the cars handling.
Thanks to Frank de Jong (RIP [2018/05/10]) that collected everything he could find about the history of touring car racings, including lap times so that I could match them with the available historic tracks.
And always thanks to Angelo Granata that gave me permission to use his 3D.

When I started this project the first time I didn't have much references for the various versions of this car so I just built a base model and some upgraded ones that matched the technical data I had then.
Now, instead, you'll find 6 cars (with mixed skins, thanks to the community for some of them) divided by year and with a FIA classification in the name.

A brief history:
- 1963 Berlina Turismo:
Abarth introduced the tail lifters in the back to improve the aerodynamic efficiency and reduce the rear lift
- 1964 Berlina Corsa Gr. 2 Class 1000cc:
This was the first Abarth 1000 homologated car, it had the possibility to have 5 gears transmission (still 4 into mine) and brake discs in place of drums
- 1965 Berlina Corsa Gr. 2 Class 1000cc:
Lowered setup for better stability was installed and an LSD was abailable in option like the 5 gears transmission. On front 2 "helper" springs substituted the rubber bumpstops and bigger 4.5 x 13 inches rims with fatter tires were homologated
- 1966 Berlina Corsa Gr. 5 Class 1000cc:
In 1966 Abarth finalized his "Radiale" engine head, an hemispherical combustion chamber that allowed, thanks to a better efficiency, to overcome the 100 hp/liter. The term "Radiale" really has nothing to do with the head but when the engineers were thinking to a name for it late in that day, a collegue came in the room asking if they wish to do a Radiale in Turin with him after work. Radiale was a way of saying for "take a ride". Unfortunately this head couldn't be homologated for Gr. 2 so this car competed in Gr. 5. Moreover, the front transverse leaf spring could be abandoned for the "Pendolino" system (basically a lower A arm) that made the front a fully independent suspension with coilovers. This system had the advantage of a certain degree of adjustability but lost the Anti-Roll bar effect that a transverse leaf spring has.
- 1968 Berlina Corsa Gr. 5 Class 1000cc:
Still within Gr. 5 because of the "Radiale" head, this car adopted a different geometry for the rear trailing arm, they called it "Pendolare".
It has a lower Roll Center that helps the car to manage its natural lift off oversteer behaviour and allows for a further ride height reduction also thanks to rear coilovers. It is responsible (together with chassis poor torsional stiffness that, sadly, can't be reproduced in AC) for the odd behaviour of significantly raising the inside front tire.
From 1967, moreover, bigger brake discs were available.
- 1970 Berlina Corsa Gr. 2 Class 1000cc:
Radiale for all! In 1970 Abarth finally homologated the Radiale head for Gr. 2
Main difference, here, is the power that increased up to 112 hp, enough to reach 200 kph, almost doubling the maximum speed of the starting FIAT 600!
This was the last official update from Abarth since from 1971 FIAT bought Abarth and dismissed his race involvement.

So, I hope you enJoy these babies as I did while searching info for them and, if you appreciated my efforts and wanted to offer me a beer, here is my Paypal link:

Go to paypal.me/abbo90 and type in the amount. Since it’s PayPal, it's easy and secure. Don’t have a PayPal account? No worries. 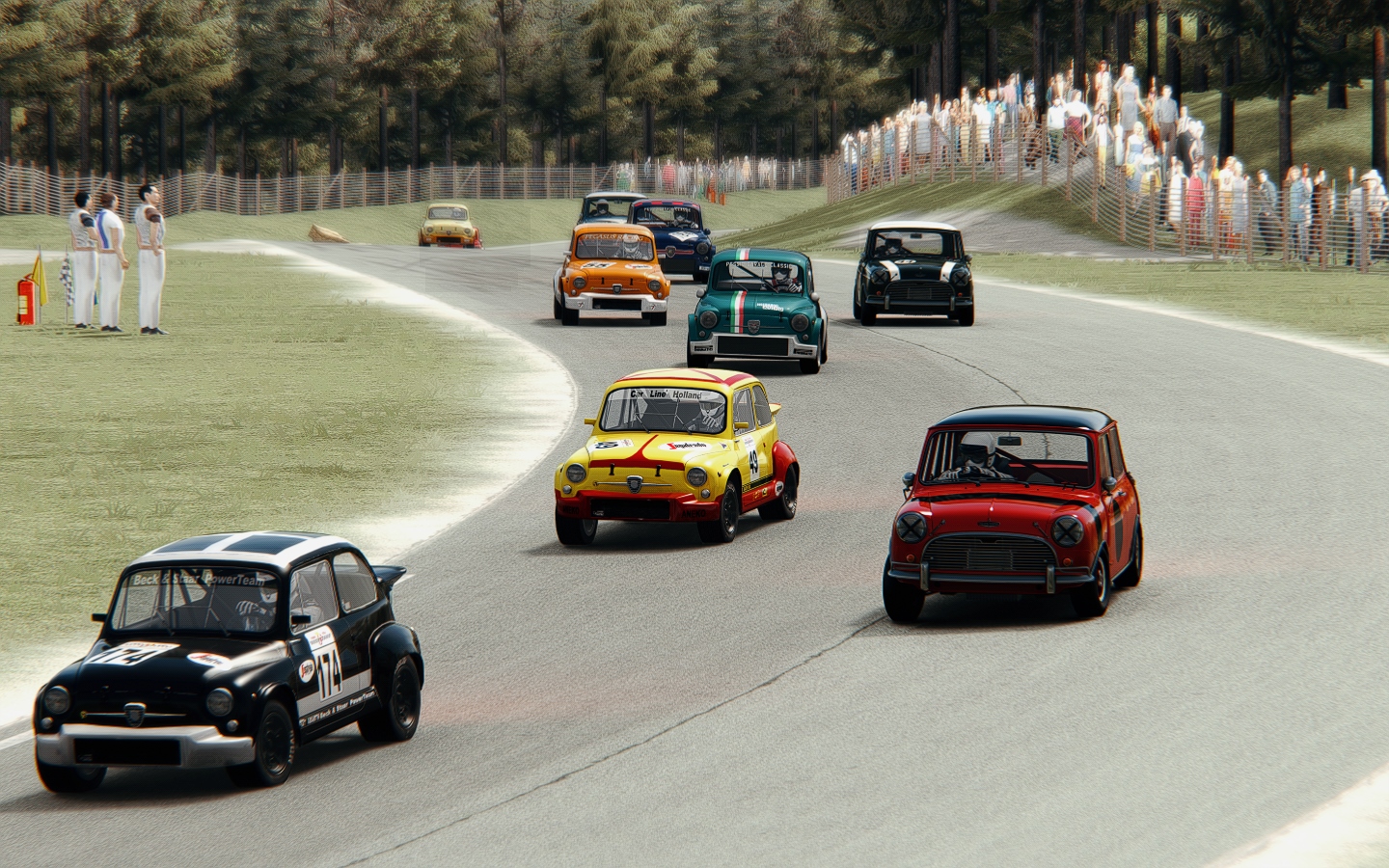 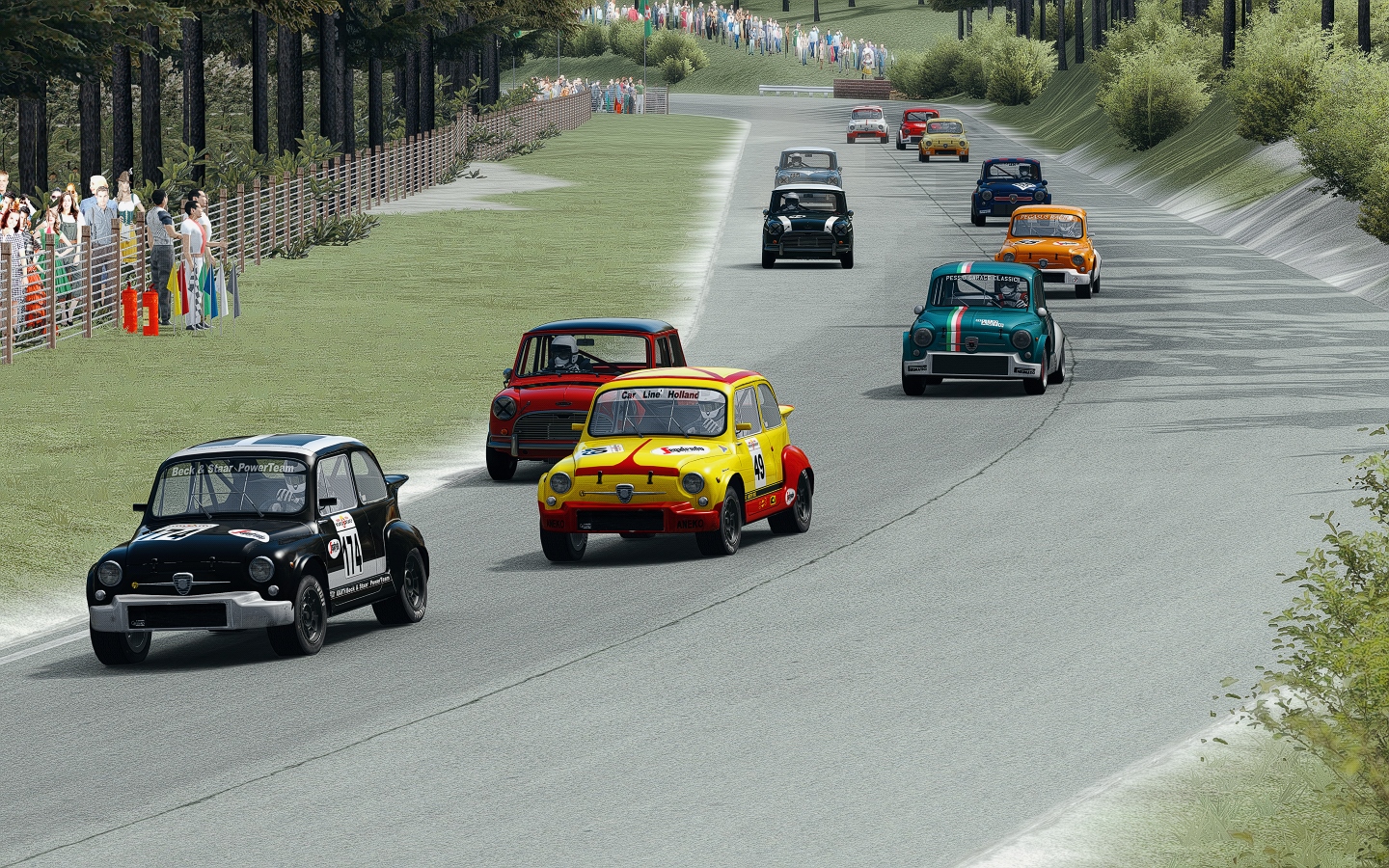 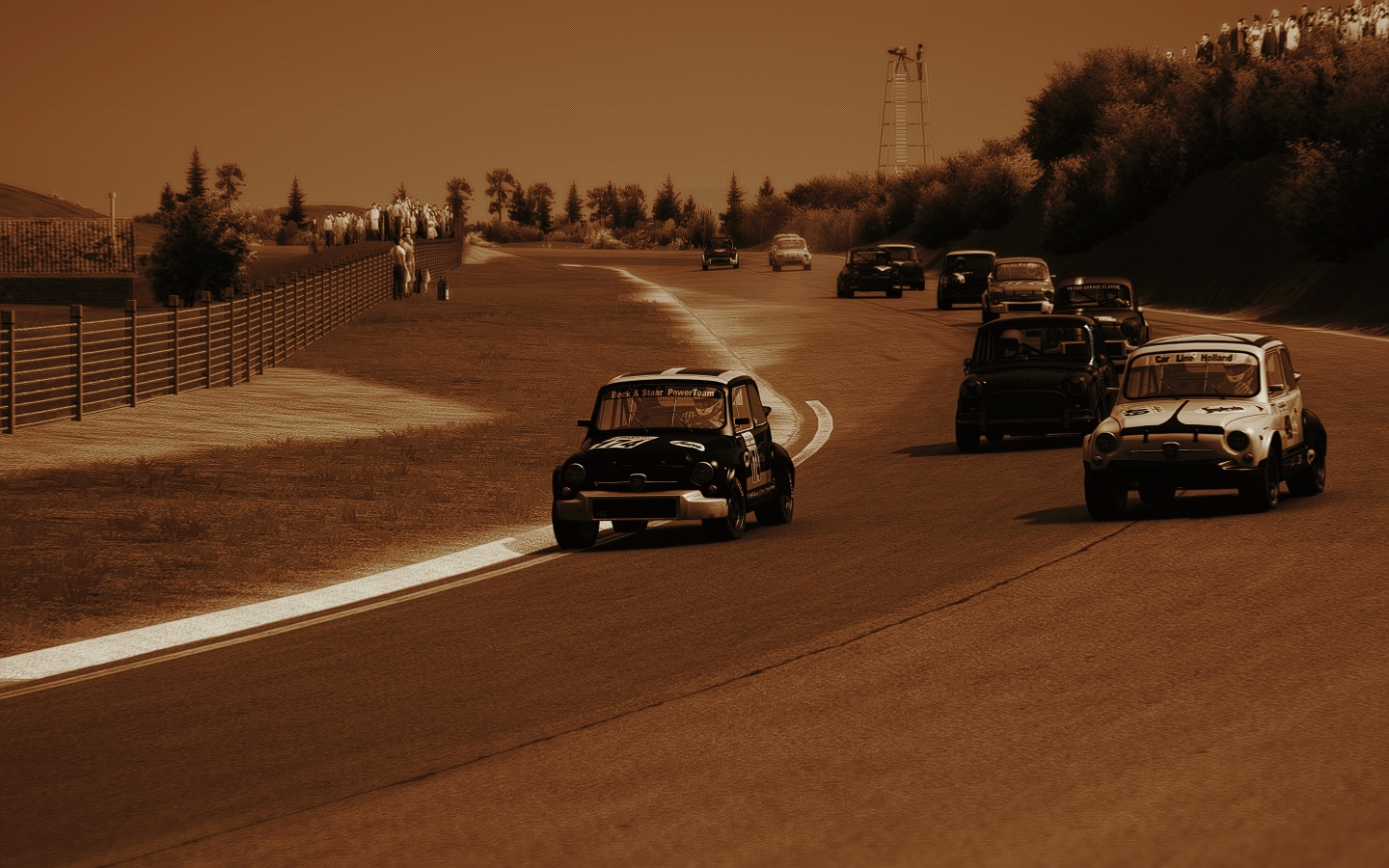 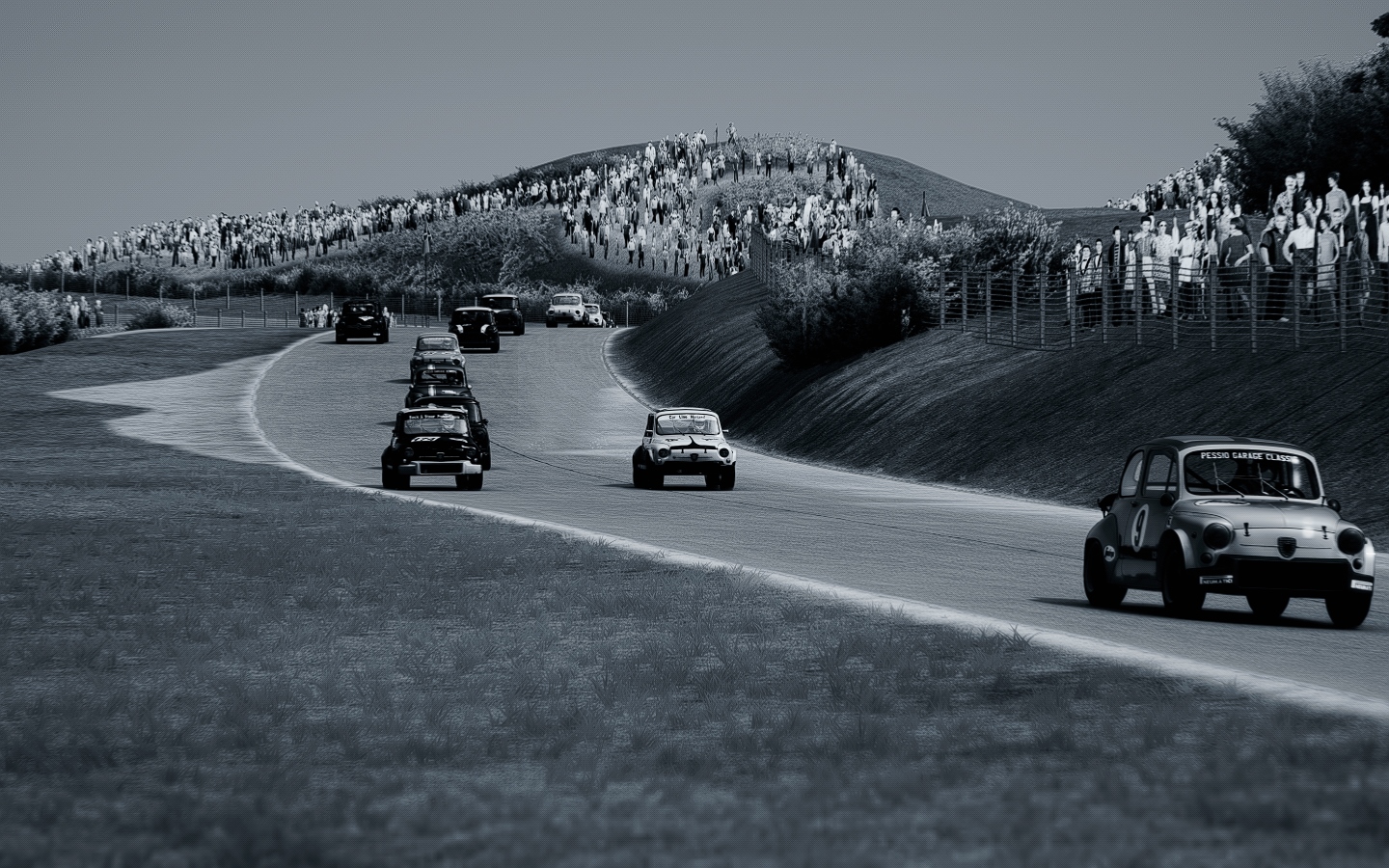 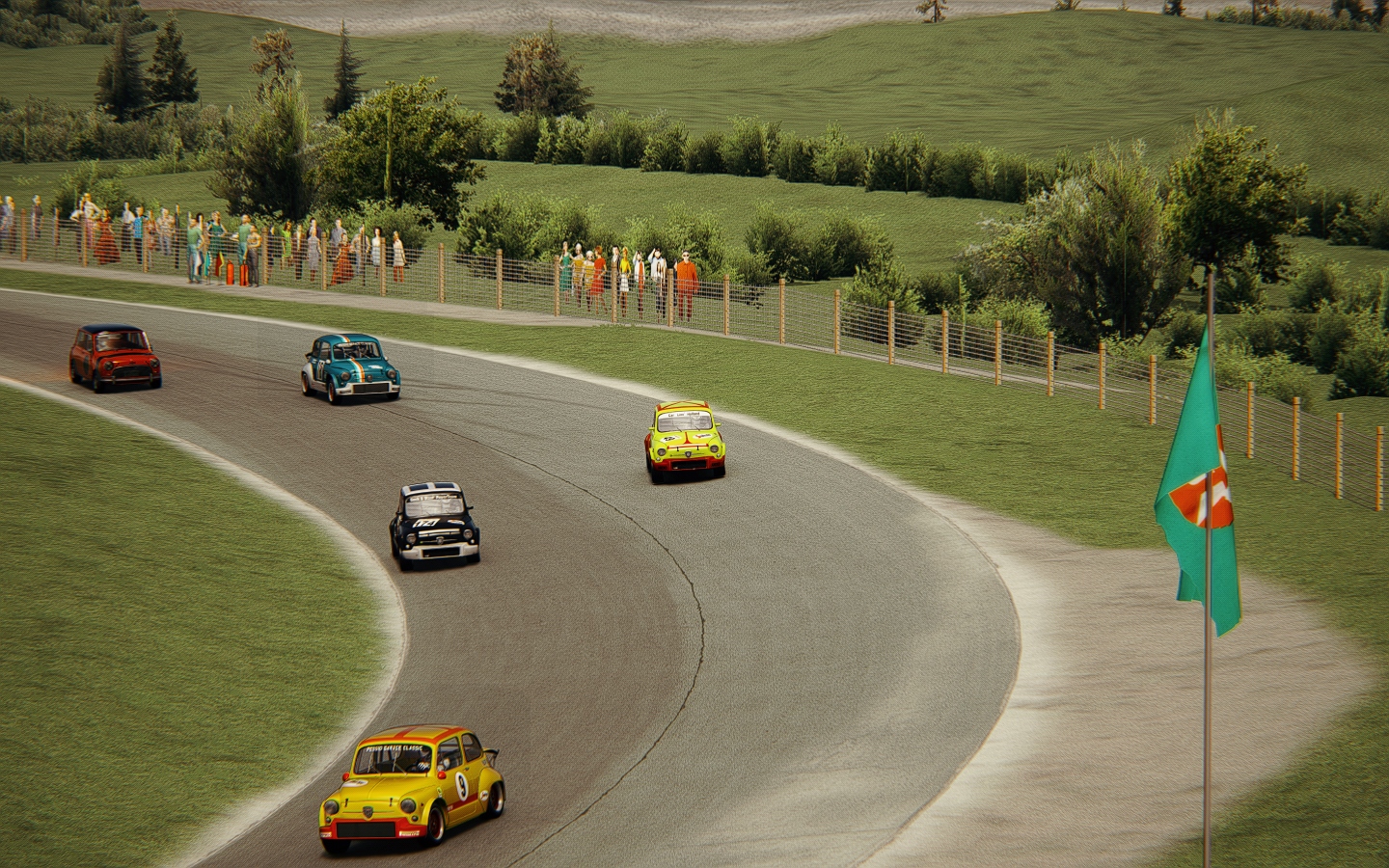 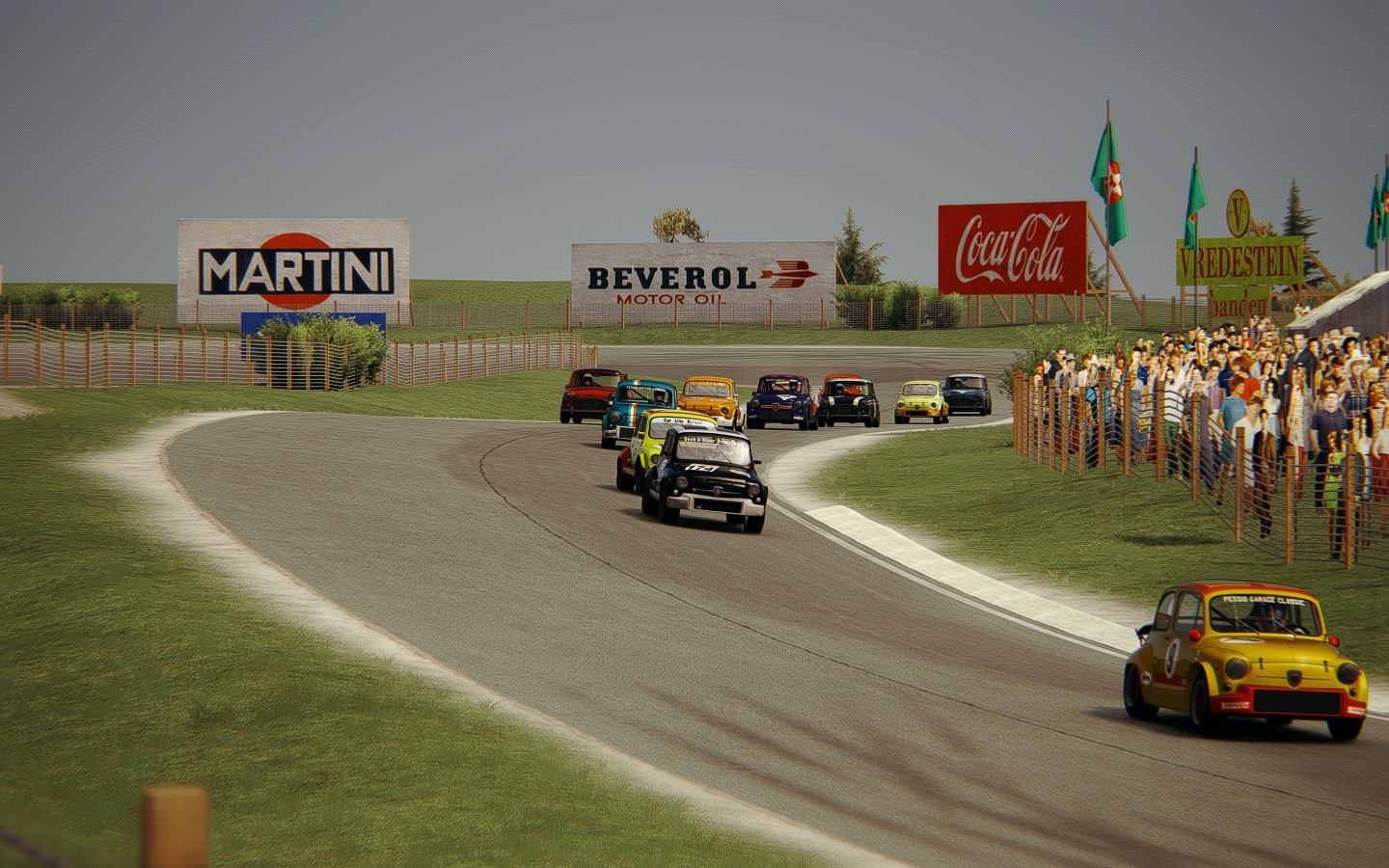 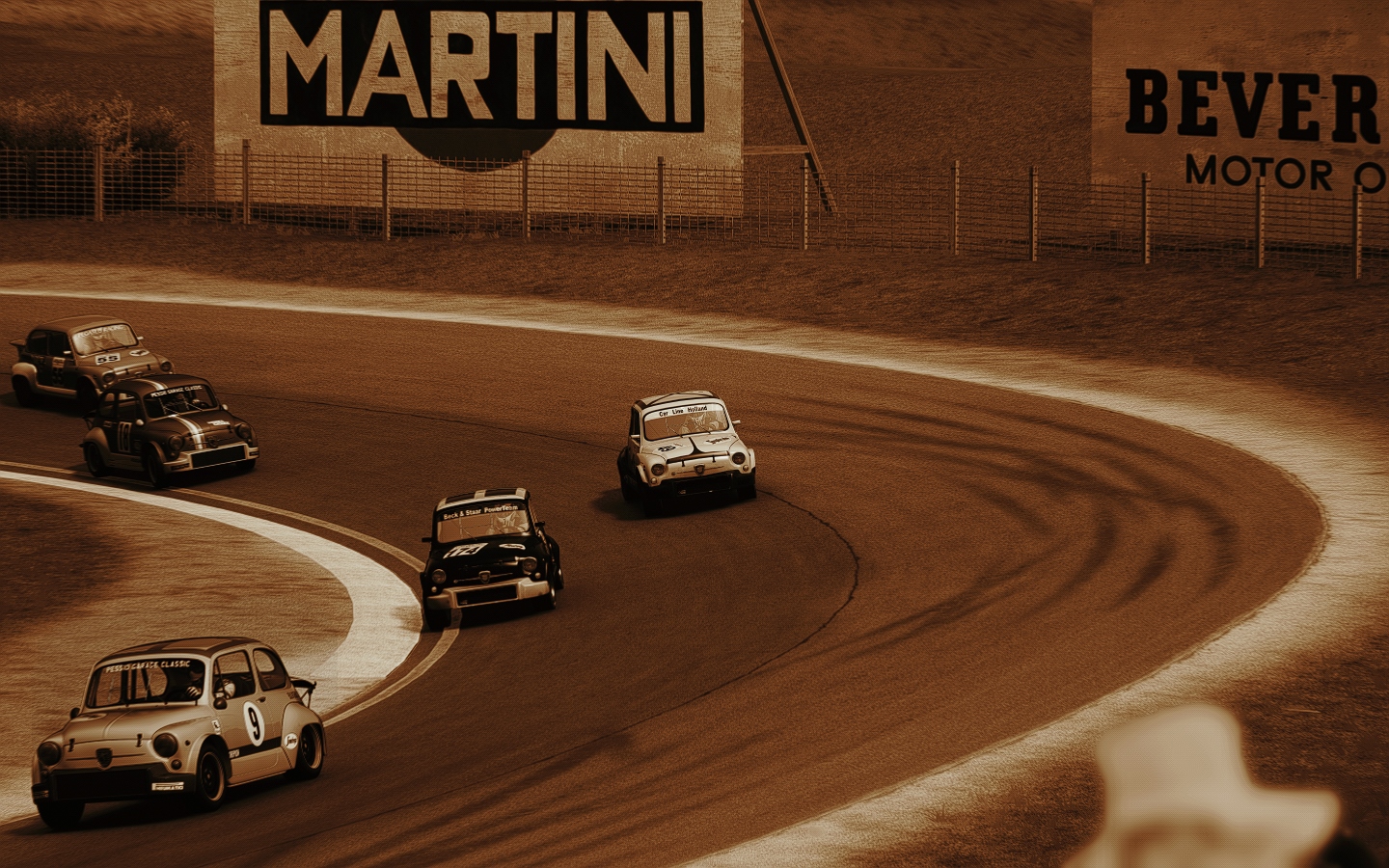 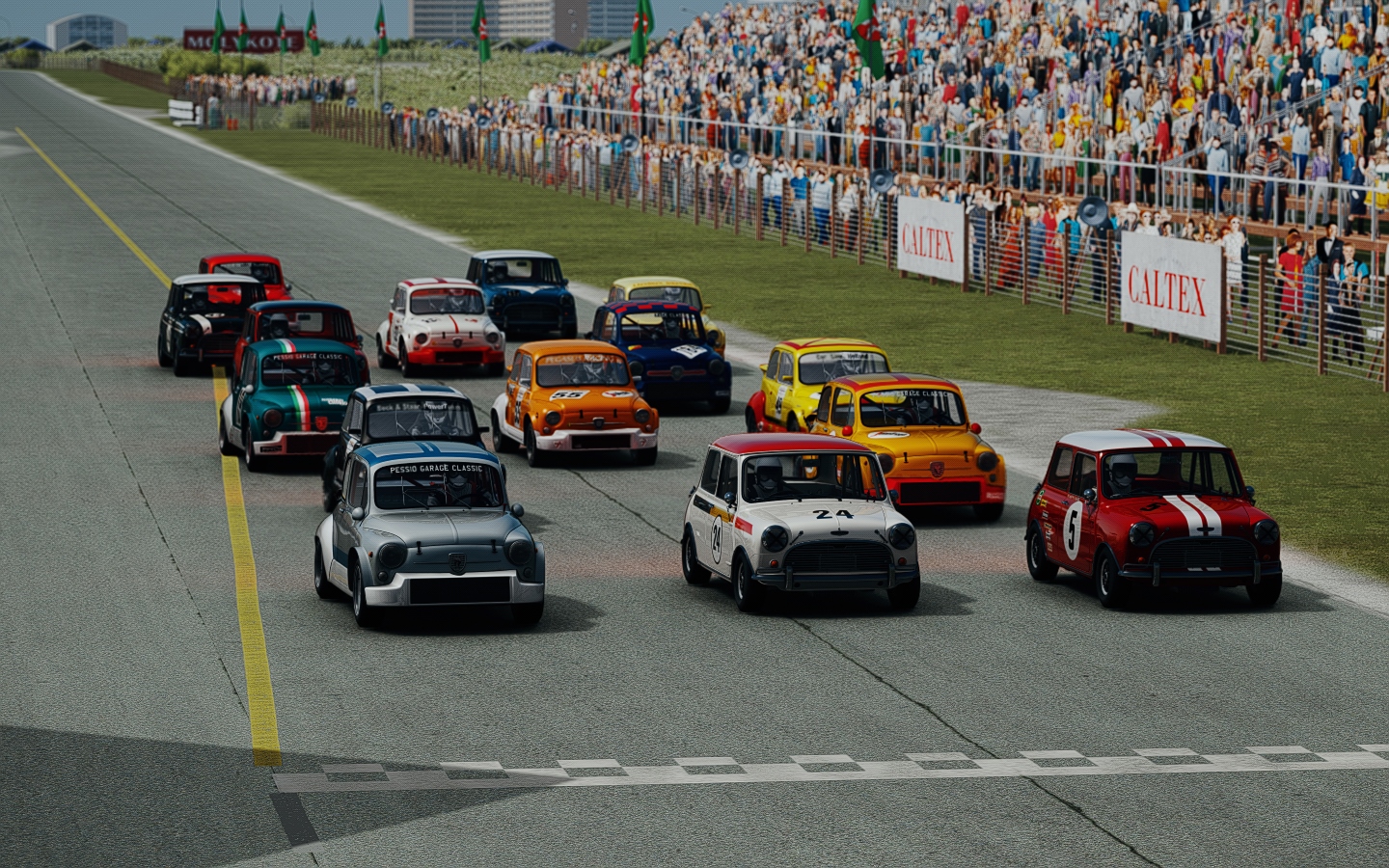 Good handling, nice sound, a lot of fun to race. Deserves more success. Thank you for sharing your passion.
Upvote 0 Downvote
Nice Abarths, especially the one's I made in 2005 for GTLegends. The cars with the Segafredo sticker are Dutch cars and a few are still racing with Registro Abarth Olanda. I still have the original photo's I used for making the skins. Happy to see them still in various simracing mods.
Upvote 0 Downvote
Nice mod
Upvote 0 Downvote
Fitos!
Upvote 0 Downvote
Thank you for these, but I can't make them work neither : I put the car's files in content/cars, though the launcher fails to load the car every time, I tried with different tracks that are working. What looked weird to me from the start is that the extracted folder gives the 6 cars each in a different folder though they all are considered as variants in the game menu.
Anyway I can't drive them unfortunately. Any help plz ?

Giuseppe Abagnale
Write in the discussion what you've done, which is the error and some more detail please, maybe post the log file ;)
The problem could be the absence of CSP; it's required now
Upvote 0 Downvote
can you make a version without using CSP? my pc isn't very good

Giuseppe Abagnale
You can set CSP to use very low resources, it's quite easy; I would have to do almost a complete new car due to rear suspension geometry...
Upvote 0 Downvote
mod dont work -.- put it in content/cars. help?

Giuseppe Abagnale
Write in the discussion what you've done, which is the error and some more detail please ;)
Anyway it's right, it goes into cars folder
Upvote 0 Downvote
Very good update.
Can you update it once more for the new Sol 1.6 that just came out ?