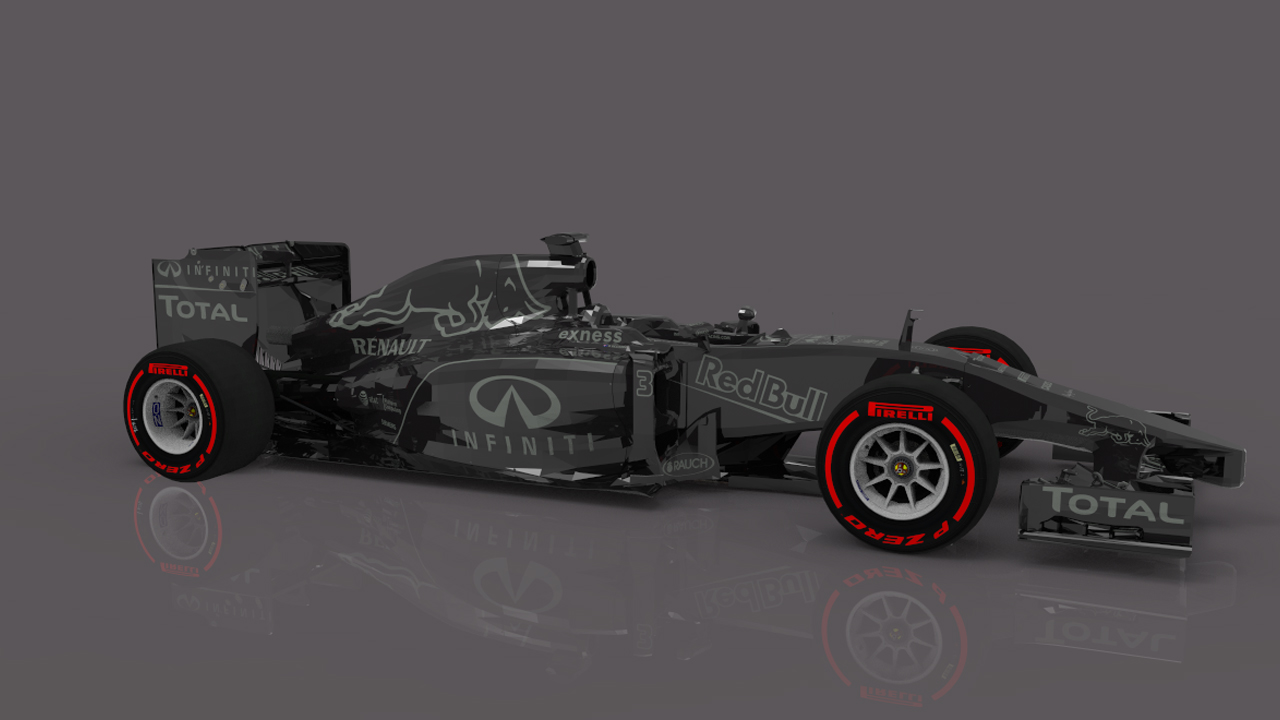 This is the Red Bull RB11, in an alternative livery. It is based on the Pike's Peak Peugeot, with the sponsors of the Formula 1 Car.

I have also added a new specular file to remove any previous issues of the car retaining the stripes.

Make sure to back up the original files before installing these ones. Pick the version you wish to install from the .zip file and drop the folder's contents in the F1 2014 Directory to install.